The Bucks' 119-91 statement win over the L.A. Clippers by the numbers

If the Bucks were looking to make a statement against the L.A. Clippers on Friday night, then mission accomplished. Here's our breakdown of the Bucks' huge win over the Los Angeles Clippers by the numbers.

Not only did Friday mark a potential preview of the NBA Finals, according to many, but the game also marked the first time that Milwaukee faced Kawhi Leonard since he delivered the Bucks four straight losses in the Eastern Conference Finals last season with the Raptors. But with revenge on his mind, the Greek Freak had his eyes on a birthday victory – which also fell on his bobblehead day at Fiserv Forum

Here’s our breakdown of the Bucks’ huge statement win over the Los Angeles Clippers by the numbers:

25: Years of age for Giannis

Not only was it his bobblehead night and a big cross-conference matchup for our MVP, but Giannis also celebrated his birthday on Friday night. Now a quarter of a century old, Giannis reached a milestone age as he continues to pass milestones in his flourishing career. With Kawhi Leonard and the Clippers in town, the Greek Freak certainly needed no extra motivation to put on a show, but he certainly treated himself to a great birthday with his dominating performance against one of the league’s hottest teams. 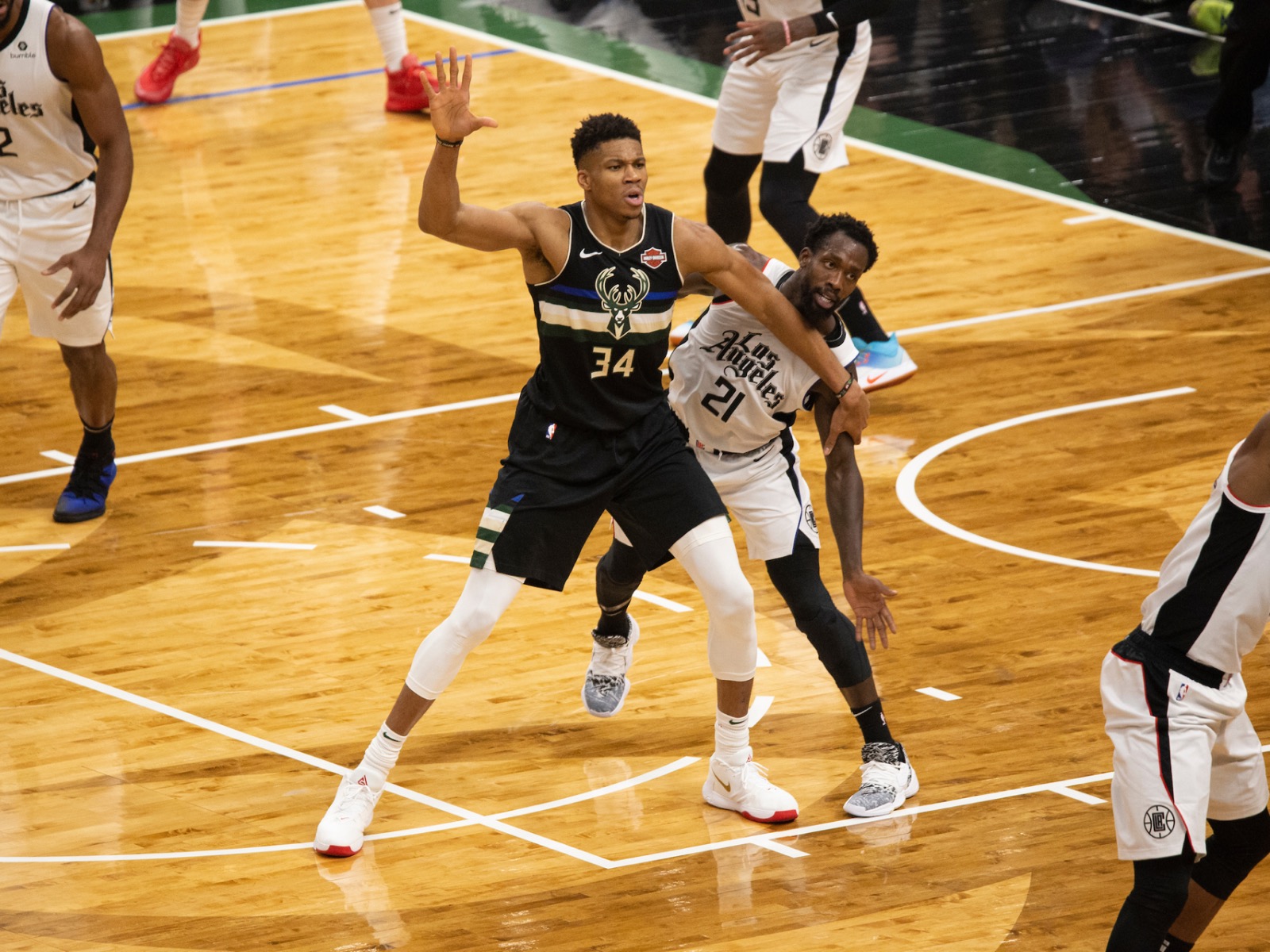 4: Losses in a row against Kawhi

Unless your brain suppressed the tragic memories of last May, it’s impossible to forget the outcomes of Milwaukee’s last four matchups against Kawhi Leonard. Although he was with a different team, Kawhi led the Toronto Raptors to four consecutive wins over the Bucks in the Eastern Conference Finals last year to win the series 4-2 and advance to the NBA Finals, which the Raptors later won over the Golden State Warriors. With that memory fresh in the minds of Bucks fans and players alike, many wondered who would come out on top on Friday night.

Lucky for Bucks fans, the team was able to get a small slice of revenge and regain a lot of pride by getting the best of Kawhi Leonard in their latest meeting. It’s just one game, and only a regular season game at that, but the Kawhi Leonard versus Milwaukee storyline is unavoidable, even with Kawhi now playing in another conference.

Although the Bucks defeated the Clippers last month in Los Angeles, 129-124, the Clippers’ starting five looked massively different on Friday night. As many remember, Leonard was met with a fair amount of criticism for sitting out in the early November matchup for load management reasons. Additionally the Clippers’ other superstar, Paul George, missed the team’s first game against Milwaukee (and several others) due to a shoulder injury.

So while Milwaukee was able to steal a win in their first meeting with the Clippers, the second game posed much more of a challenge, even on the Bucks’ home court. Fortunately the Bucks welcomed the challenge and excelled in the playoff environment. Despite facing the new and improved version of the Los Angeles Clippers, Milwaukee finished the series sweep and won’t see Kawhi Leonard and Paul George again this season – unless the teams meet in the NBA Finals, which is definitely a possibility. 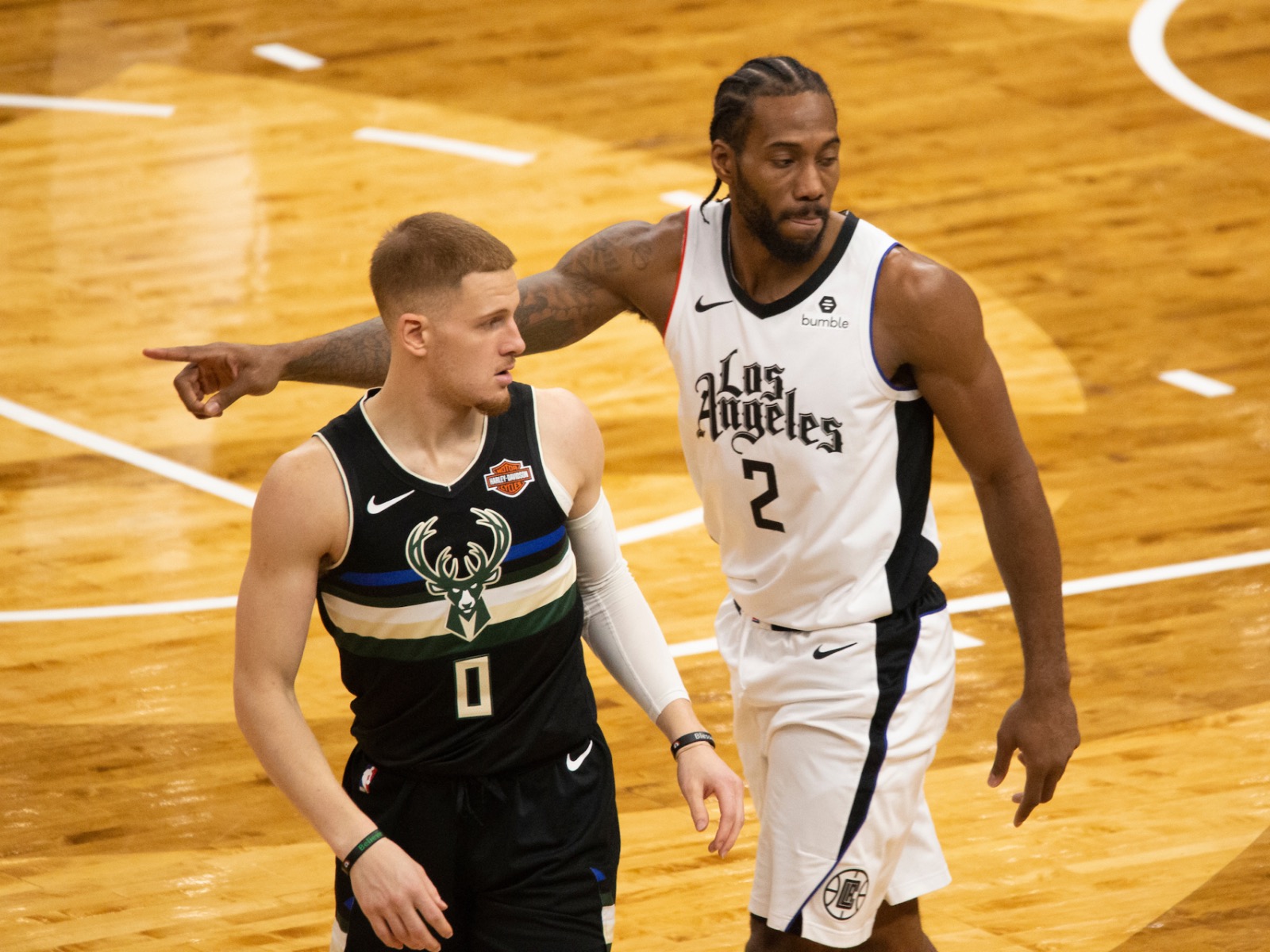 With 14 consecutive wins, the Bucks are enjoying their longest win streak in 46 years. Milwaukee has the best record in the NBA, and with just six more wins, they will tie their franchise record for consecutive wins in a season, dating back to 1971 – the only year that Milwaukee won the NBA Championship. Nothing is guaranteed in the NBA, but with the Clippers game out of the way, the Bucks will only face two teams with a winning record (currently) in their next six games. Those last two will likely be the toughest, though, as Milwaukee will host the top teams in the Western Conference: the Dallas Mavericks (Dec. 16) and the Los Angeles Lakers (Dec. 19).

The Bucks hope to replicate the ‘71 team in more ways than one this season, and while a record-breaking win streak would be nice, the team would much rather hoist some hardware this summer during the NBA Finals.

9: Wins for the Clippers in their last 10 games

Not only are the Clippers one of the most talented teams in the NBA, but they’re playing like it too – that is, until Friday night. Going into their matchup against the Bucks, the Clippers won nine of their last 10 games. With a relatively healthy roster, not many expect Los Angeles to get blown out, even in Milwaukee – a testament to just how good the Bucks are this season. 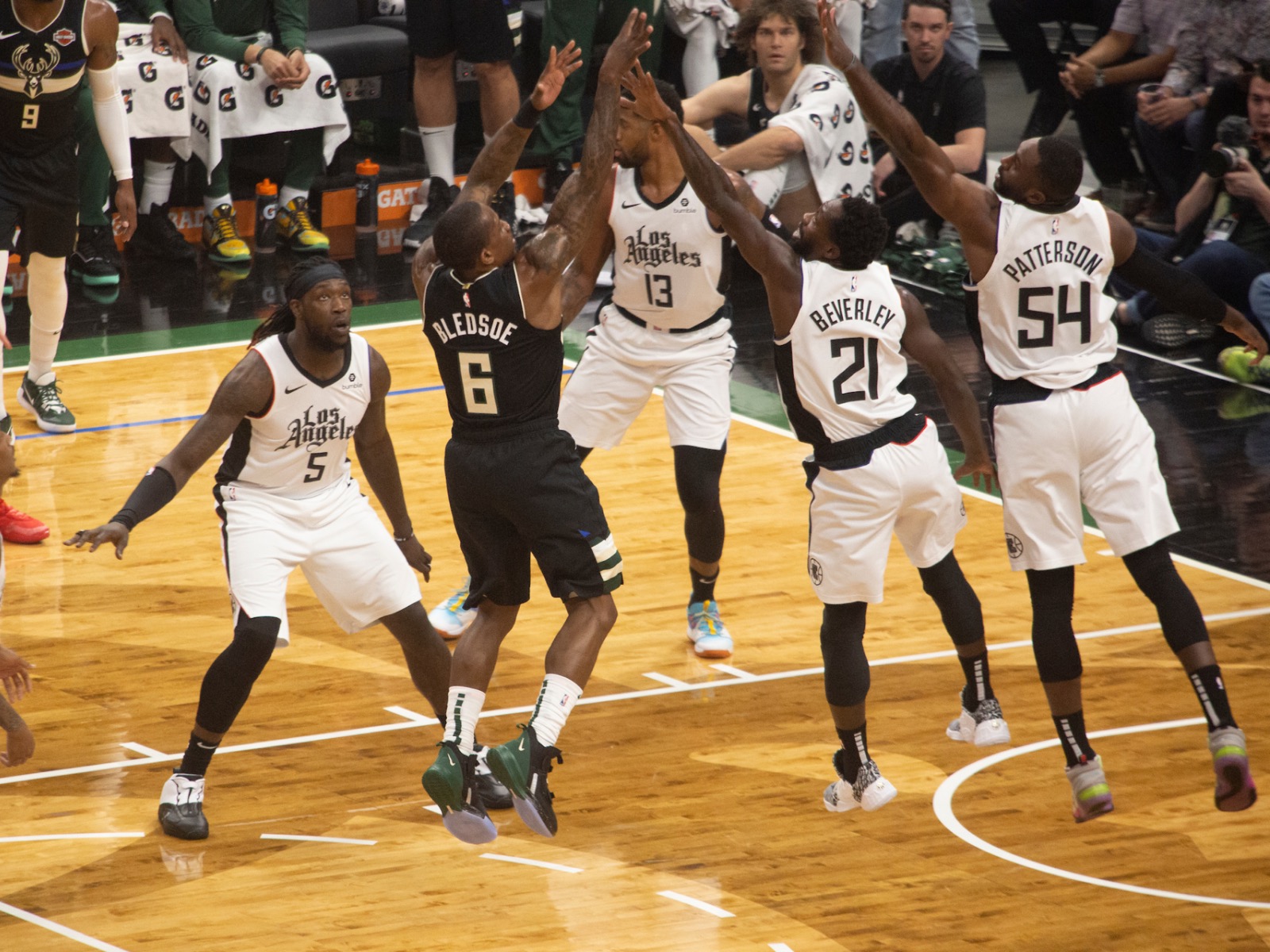 14-0: Scoring run in the first quarter

For the first half of the first quarter, it seemed as if Friday night’s game was going to be a competitive one. But then the Bucks decided to take over and never look back. After the Clippers held a small 12-11 lead halfway through the first quarter, Milwaukee went on a 14-0 scoring run to build a 13-point lead and completely change the momentum of the game. With big three-point field goals from Connaughton, Illyasova and Middleton during the run, the crowd erupted and Los Angeles couldn’t find an answer throughout the remainder of the night.

27: Points for the Greek Freak on his bobblehead night

Giannis led all scorers on Friday with 27 points in 26 minutes on his 25th birthday. Adding 11 rebounds and shooting over 50 percent, the Greak Freak was the best player on the court, despite being in great company. Whether it was Patrick Beverley or Kawhi Leonard himself, no one on the Clippers roster was able to contain Giannis. Players so often put up impressive performances on their bobblehead night, but you can credit Giannis’ competitive drive and not a game giveaway for his great outing on Friday night. 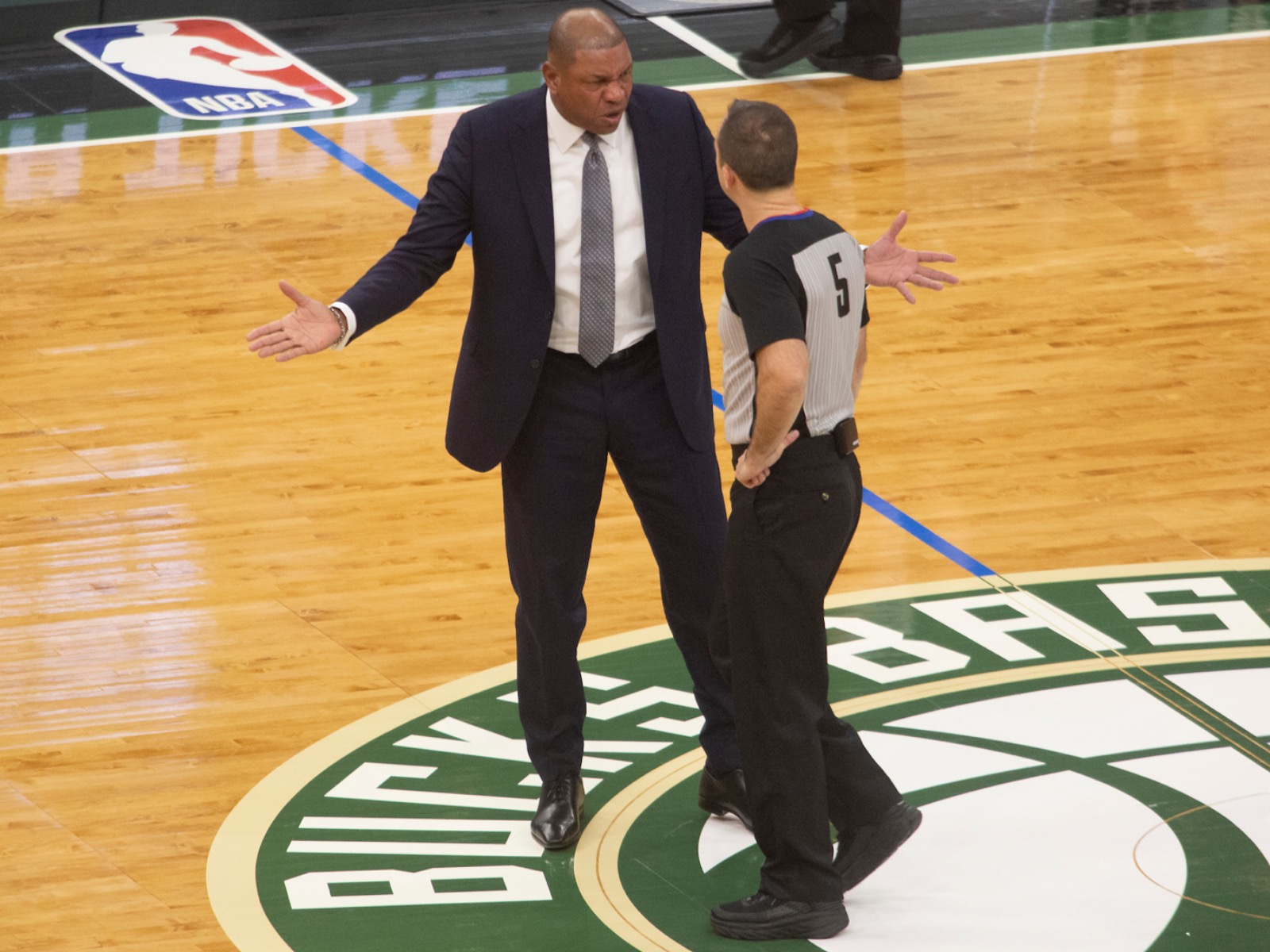 Milwaukee welcomed back one of Marquette’s best, Coach Doc Rivers, on Friday. Rivers arrived to Milwaukee earlier this week and enjoyed the Marquette game on Wednesday; however, the extra time in the city didn’t seem to help his efforts against the Bucks.

The former Marquette standout is now one of the best coaches in the NBA and landed as a finalist for coach of the year last season. Who did he lose to, you ask? None other than Coach Budenholzer, who bested Rivers again last night.

Pat Connaughton had the Clippers’ number, and the team performed at its best when the guard was on the court. Connaughton came off the bench, drained all five of his shots and had a huge +35 point differential against Los Angeles. While the Clippers are relatively top heavy, Milwaukee’s depth and players like Pat Connaughton helped the team dominate in such an impressive fashion. 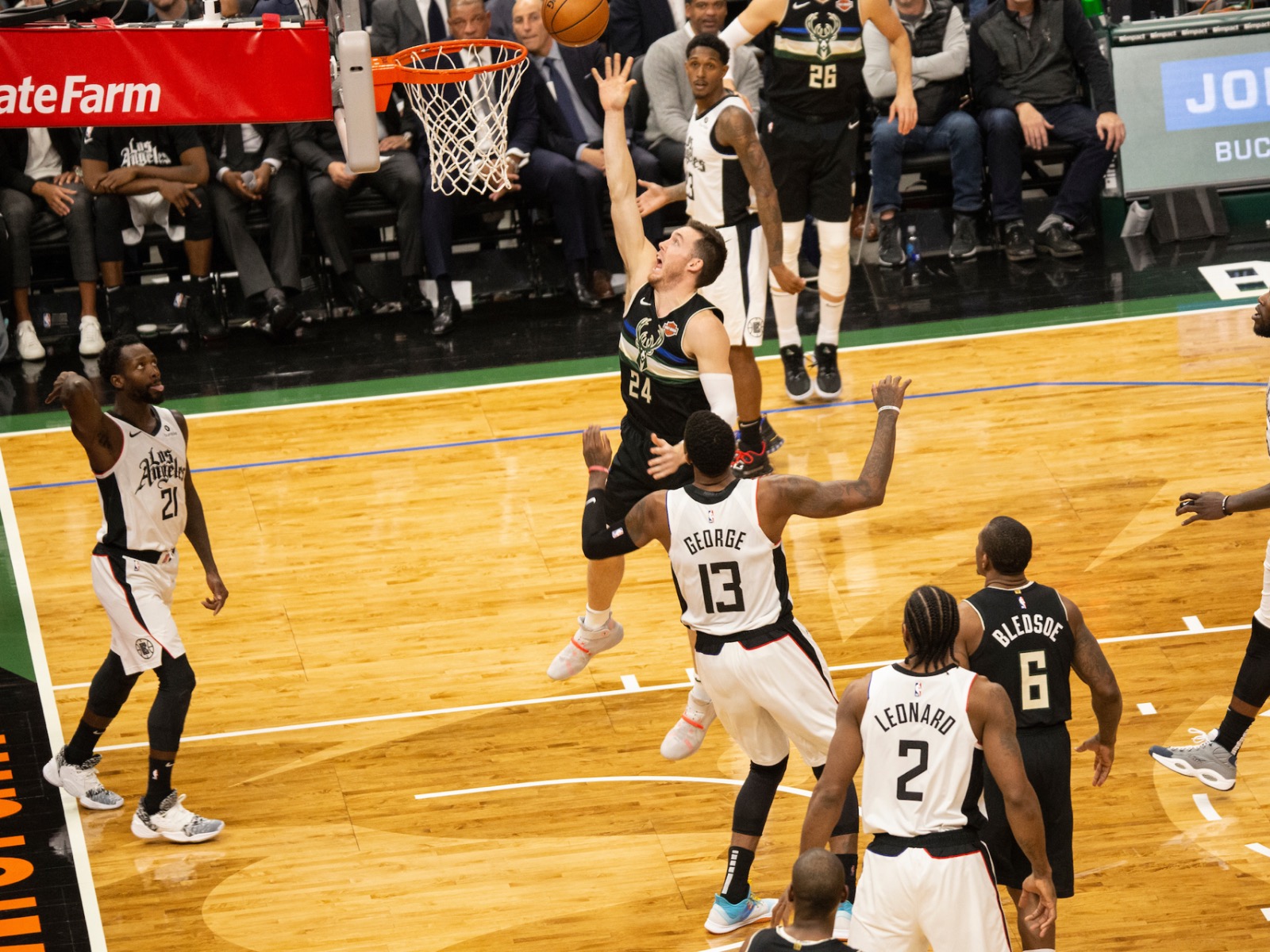 21 Los Angeles turnovers led to 29 points on Friday evening, one single point greater than Milwaukee’s margin of victory. While the Bucks’ pressure certainly forced many turnovers, the Clippers’ play looked sloppy at times as they dug their own grave. If Milwaukee continues to cause great teams to turn the ball over, they will have no problem maintaining the best record in the Eastern Conference.

9:25: Time remaining when Los Angeles threw in the towel

There were still nine minutes and 25 seconds remaining in the game when Coach Doc Rivers decided to throw in the towel and check out Paul George and Kawhi Leonard from the game. As the crowd cheered over Los Angeles’ essential forfeiture, the sold-out crowd took in just how great Friday night’s win was. I guess 48 minutes of load management against Milwaukee wasn’t enough for Kawhi Leonard. 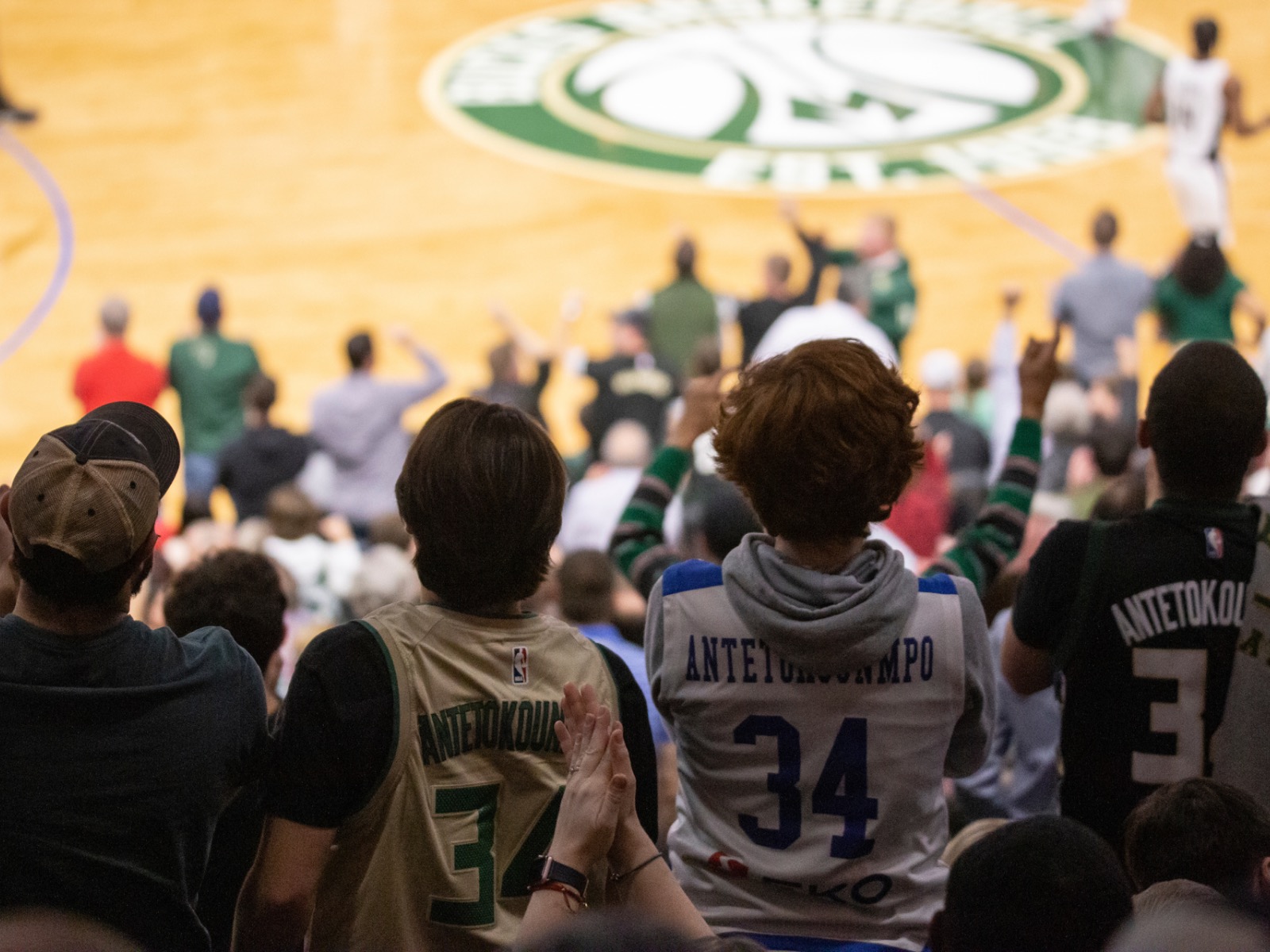 As they keep their winning streak alive, Milwaukee has one lone loss at Fiserv Forum this year, dating back to their home opener against the Miami Heat – a game which went into overtime and one that the Bucks were dominating before an impressive comeback from Miami. Of course, the Bucks are rarely losing on the road as well, but last night’s game, in a loud playoff environment, is a nice reminder that the Bucks have the backing of one of the best crowds in the league. The Bucks will use the sixth man to their advantage as five of their next six games will be played in Milwaukee.

Milwaukee returns to Fiserv Forum on Monday against the Orlando Magic.