"Merriment Madness" will showcase local brews & burgers for a cause

Love burgers? Adore beer? Want to enjoy both in support of a great cause? That's exactly what you can do during Merriment Social's "Merriment Madness" Burger Competition, which takes place March 17 through the end of April.

Love burgers? Adore beer? Want to enjoy both in support of a great cause?

That's exactly what you can do during Merriment Social’s "Merriment Madness" Burger Competition, which takes place March 17 through the end of April.

The competition, which will operate much like the brackets used during the March Madness college basketball tournament, will pit local breweries against one another in weekly competitions aimed at raising money for area non-profit organizations.

Participating breweries and their non-profit partners include:

How does it work?

During the competition, local breweries will pair custom-built burgers with one of their best brews (some exclusive or rare) with the hope of winning over Merriment Social guests.

Each week during "Merriment Madness," two breweries will "face off" against one another with the goal of making it to the next round. The burger and beer pairings will be available every day during regular service for $14. The champion will be determined by guests, who receive one vote for every burger ordered.

A portion of the proceeds from each burger and beer purchased will be set aside in a "pot" which will accumulate over the seven-week competition. At the end, the money will be donated to the champion brewery’s chosen non-profit organization. Merriment Social will also host a dedicated fundraising event for the organization to make an even greater impact. 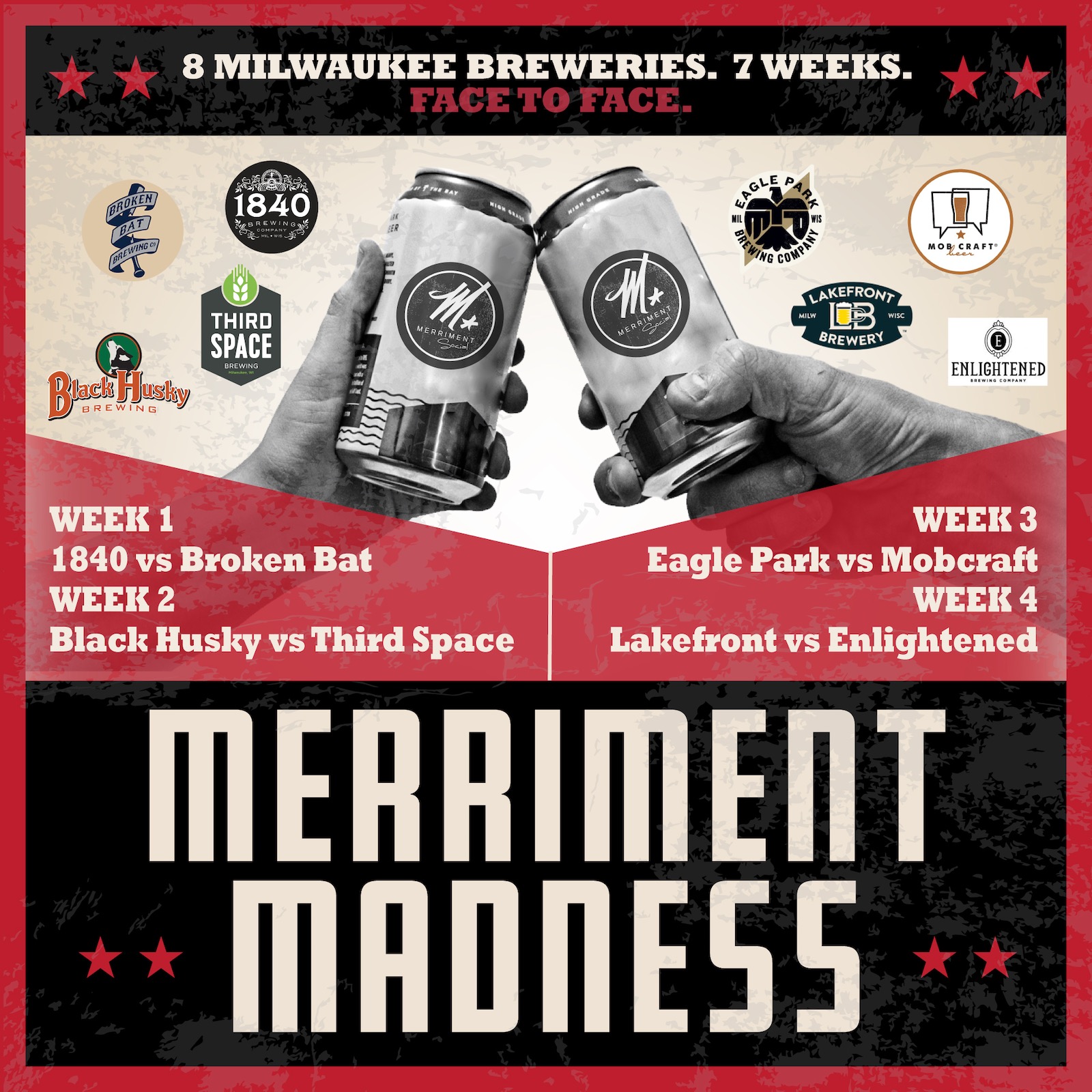 More ways to give

Guests can also contribute to the charitable giving by ordering beer from Merriment Social’s dedicated tappers, which will showcase beers from each of the breweries. During the seven-week competition, $1 from every brew purchased will be donated to the corresponding non-profit organization.

Guests can also participate in several events and mini fundraising parties hosted by both the breweries and non-profits. These events will be held at Merriment Social on designated days throughout the competition.

Are you the next Georgie Porgie's burger champ? Submit your idea & find out.