Good and bad news for the former Capitol Theater, 3017 Washington Ave. in Racine. Despite getting landmark status this week, it's still under a demolition order.

Good and bad news for the former Capitol Theater, 3017 Washington Ave. in Racine.

On Tuesday, the City of Racine bestowed landmark status on the theater, designed by architects Dick and Bauer –  who designed Milwaukee’s Oriental, Tower and Garfield Theaters, too – and built in 1928 (the year after the Oriental opened).

However, there is still a raze order in effect for the property, which means it could be torn down, depriving Racine of another vintage movie house.

A website has been created to raise awareness and funds to help preserve the theater.

The theater was built as a cinema and Vaudeville venue and was twinned in 1976, when much of the interior plasterwork was covered over and the Wurlitzer organ removed.

In 1981, it was purchased by Marcus Cinemas and renamed the Park, due to its location across the street from Washington Park. It closed six years later.

“The Capitol Theater was opened May 30, 1928 as a neighorhood vaudeville and movie theatre the interior was beautifully finished with ornate plasterwork and stencilling,” according to Cinema Treasures (from which we share the photo below). 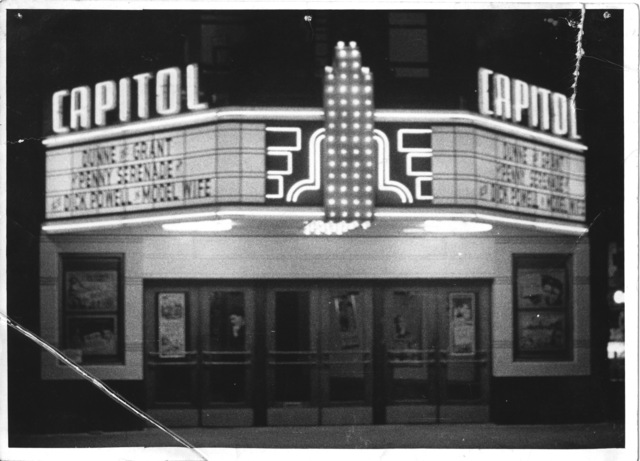 “A large indirectly light oval covers three quarters of the auditorium ceiling. The proscenium is decorated with plaster ropes flowers and twists. Two pipe chambers complete with false boxes are located on either side of the stage. At one time the theater boasted a 2/8 Wurlitzer pipe organ. ... it has since been allow to suffer much decay and water damage.”

According to the website, funds raised will help with much-needed exterior work to keep the building watertight.

“If we can gather enough pledges for immediate repairs to the roof and tuckpointing ($110,000) maybe we can convince the city to pause the raze order,” reads the site.

You can make a pledge here. If the goal is not reached, your pledge will not be collected.

“The Capitol is a part of Racine’s history,” the site notes, “with silent movies, talkies, vaudeville, newsreels, festivals, contests, radio broadcasts, comedy, performances and many memories.”

You can read more background on the current state of the theater in this article and this one.

Thanks to Judith Schulz and the Capitol Theater Friends for these interior photos: 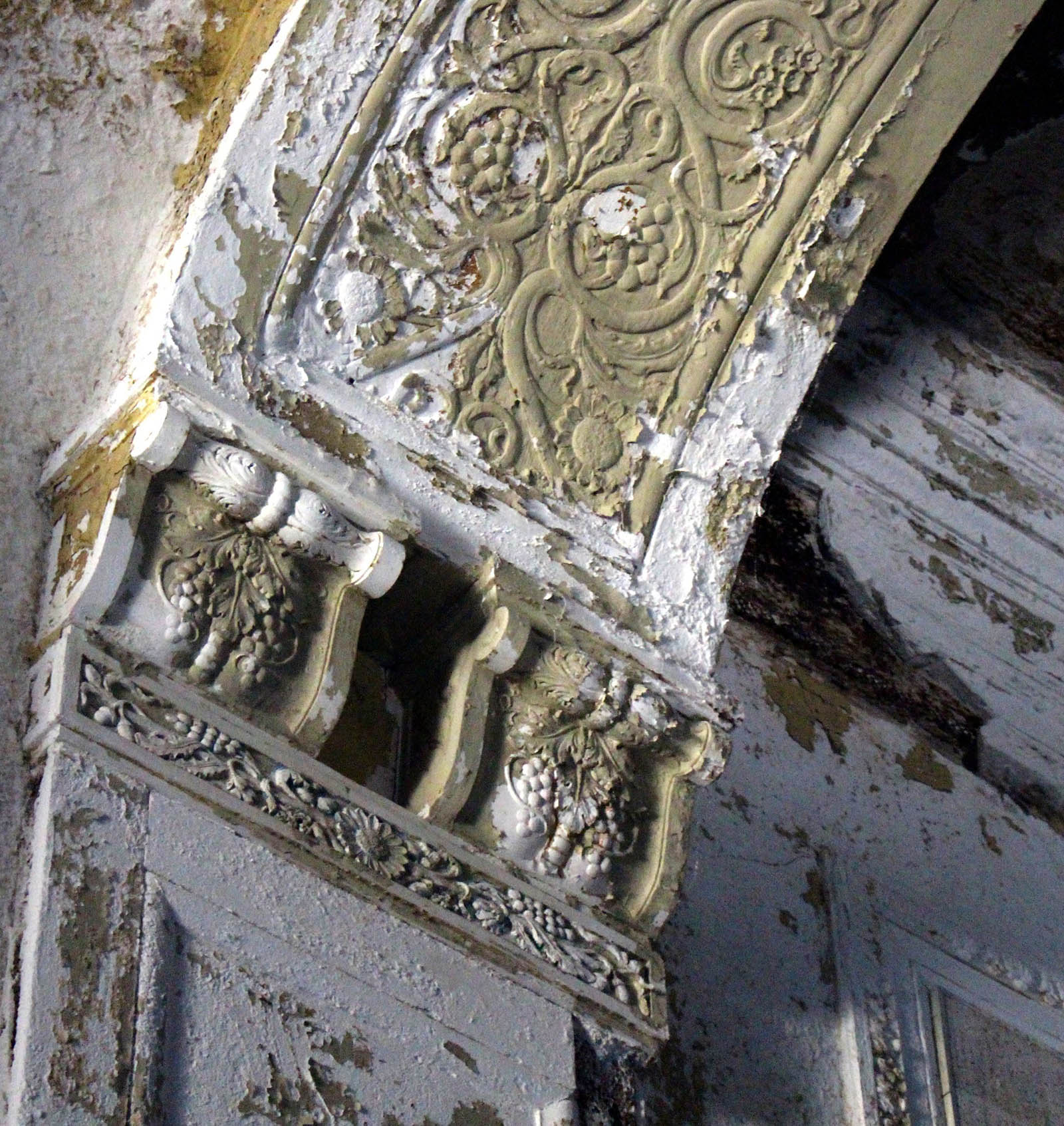 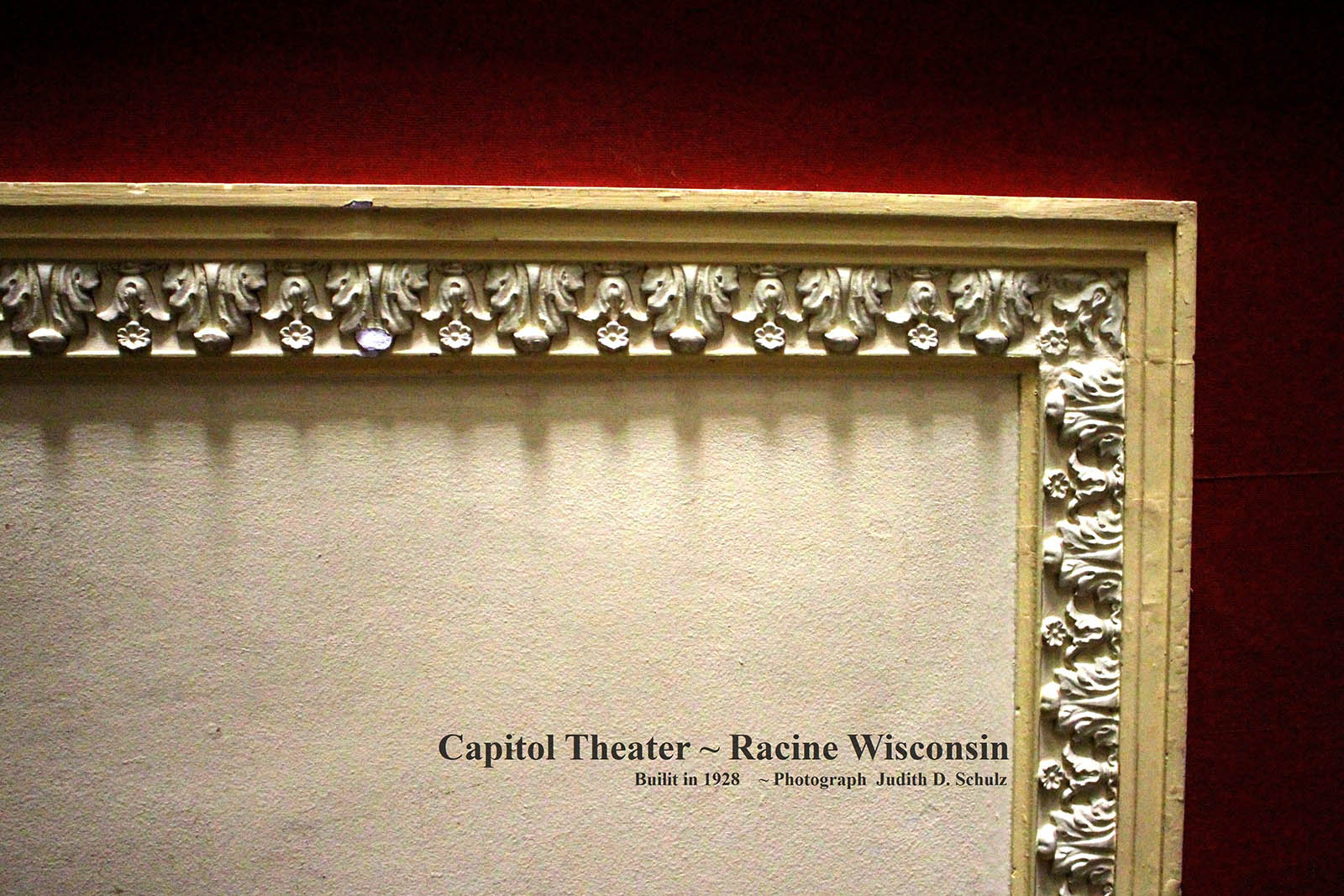 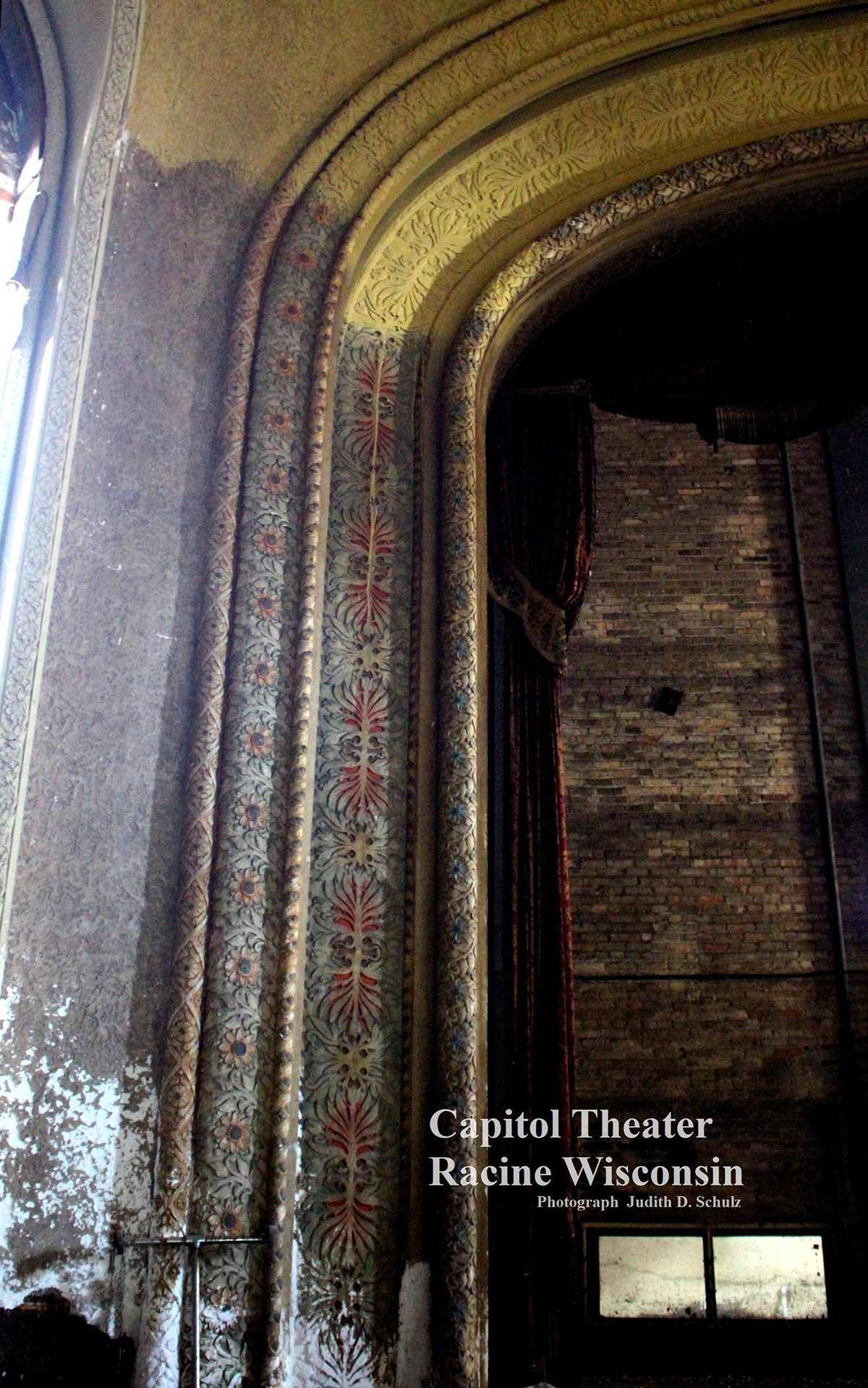