Milwaukee World Festivals, the nonprofit organization that runs Summerfest, filed lawsuits today against the Unicode Consortium and 3.5 billion individual Internet users for copyright infringement. It claims that it owns the "smiley face" emoticon, Emoji and all its derivatives. It is asking the Federal District Court to grant it $1.9 trillion in damages.

It claims that it owns the "smiley face" emoticon, Emoji and all its derivatives. It is asking the Federal District Court to grant it $1.9 trillion in damages.

"As the world’s largest musical festival, we have used our red, tilted smiley face as our official mark for more than 40 years," said MWF President Don Smiley, who admitted he was hired only because of his last name. "Thus, we must protect our brand and curb the usage of unlicensed :) emoticons, which have become prevalent recently."

The suit specifically targets Unicode, which is the international body that manages Emoji, the graphical representation of emoticons in texts, but it also seeks damages from Microsoft, which has its own brand of smiley face. It is also suing Microsoft for the letter "J," which is sometimes displayed when an Outlook user types :).

But more controversial is MWF’s claim against all the users of the Internet who it claims have typed a :) in a text or email in the last 30 years. It seeks retribution of $10,000 per smiley face per users. 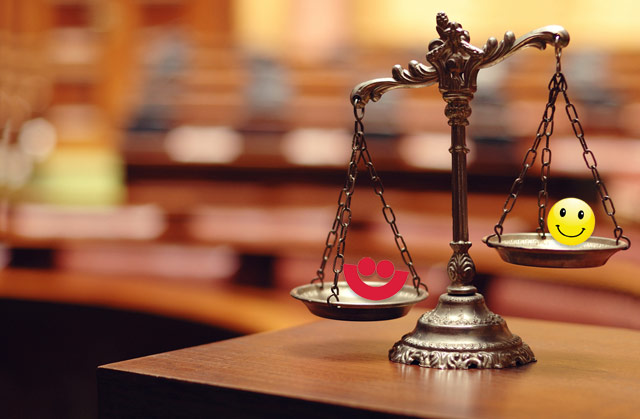 "I hate to say it, but Summerfest has a point," said UW-Parkside media law professor Jacques Suave. "They registered that mark a long time ago, and any use of a smiley face is illegal."

"Summerfest is gonna get rich," he added.

However, as a non-profit organization, Milwaukee World Festival cannot simply line the pockets of its executives with funds it collects from its legal proceedings. Rather, it must put the money back into Summerfest, and Smiley said his group would use it to book even better acts.

"Now, we can finally land the bands that were previously too expensive for our Marcus Amphitheater budget," he said. "I’m talking big names like Steve Miller, the Bodeans, Paris Hilton and Sigmund Snopek. The Big Gig is getting bigger."

"By the way, don’t try to use the word ‘big’ or ‘gig’ or we’ll slap a cease and desist on you faster than you can say David Seebach," Smiley added.

In response to the news, the Electronic Freedom Foundation is recommending that all moms over 50 hire attorneys immediately, as they are the Internet users who are most likely to end their sentences with :). They also recommend switching to the :-), which Summerfest does not claim it owns. "The minus sign nose makes a huge difference," it said in a statement. "The sad face is fine, too."

"I am outraged, simply outraged at this boondoggle," spat Ald. Bob Donovan, from a press conference inside a UWM Student Union men's room bathroom. "Won't someone think of the children?"