The Pinky Fiddy: The Milwaukee moped racing for more than a world record

Andy Pickett is taking a motorcycle to the Bonneville Salt Flats in August in an attempt to bring a land speed record back to Milwaukee. But this record attempt isn't just about trying to go faster; it's also about completing a plan hatched between two friends.

Andy Pickett spends his days as a mechanic working on Milwaukee County’s hulking diesel engine vehicles: plows, garbage trucks, tractors, sewer cleaning machines. When he goes home, he works on the much smaller engines on motorcycles. The name and the philosophy of his shadetree night and weekend endeavor is Rustoration Cycles. Pickett loves to find motorcycles that don’t run and resurrect them – rusty dusty patina included.

Pickett is taking one of those motorcycles to the Bonneville Salt Flats in August in an attempt to bring a land speed record back to Milwaukee. But this record attempt isn’t just about trying to go faster; it’s also about completing a plan hatched between two friends.

"When Joe’s excited about something, he gets everyone excited," said Pickett.

The two began scouring the speed record books to find a class they could afford to race. One day they saw their opening: the 50cc four stroke production pushrod engine class. At 5-feet 5-inches and 125 pounds, Pickett is the perfect power-to-weight ratio to try to break the speed record for a moped traveling in excess of 46.618 miles per hour. 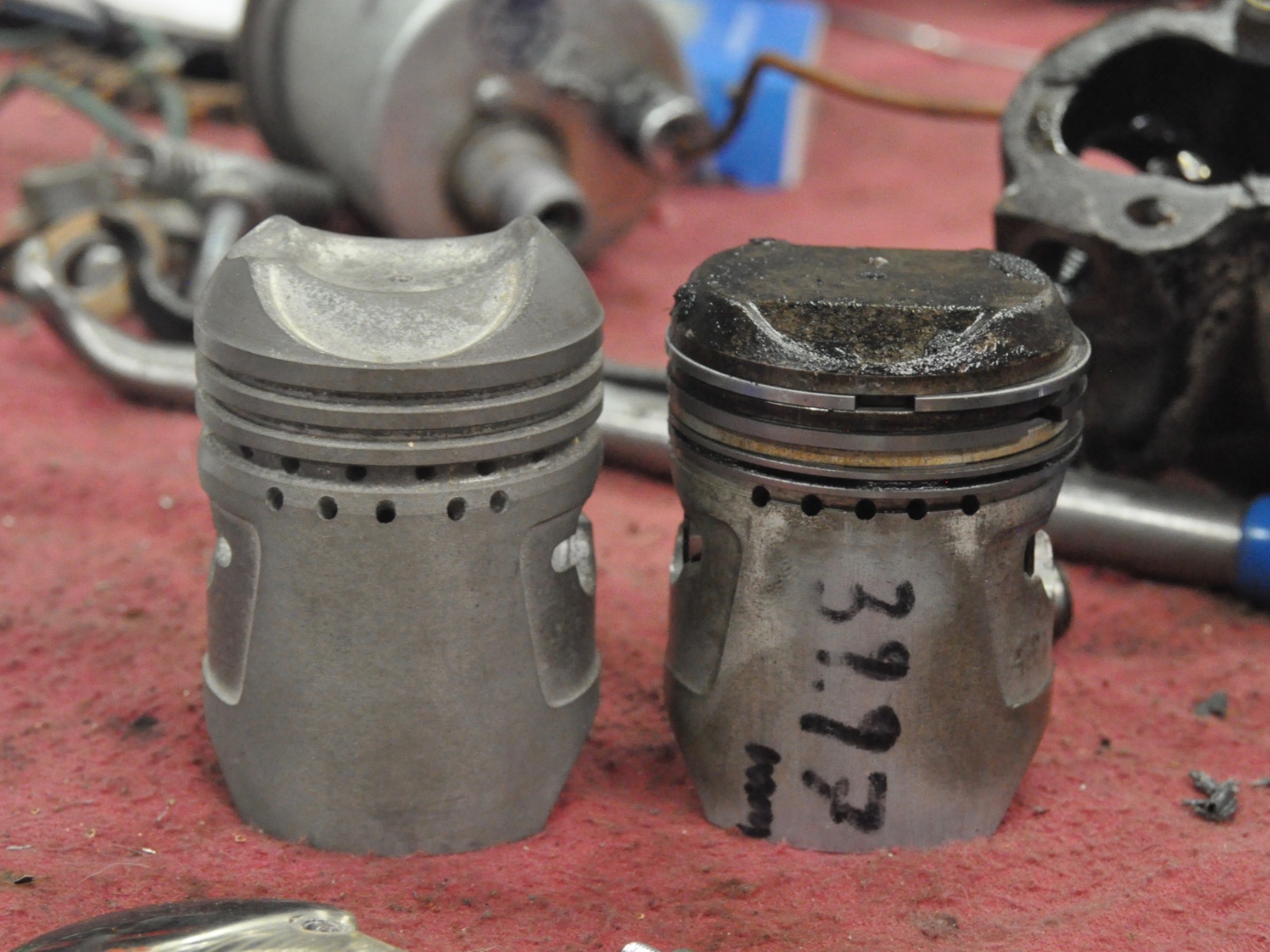 A shiny new race piston compared with an old one.

They found their race bike, a 49cc engine 1963 Honda CA-110, inside a barn in Saukville with a $400 price tag. It was rough and didn’t run, but the motor wasn’t locked up – ideal for a "rustoration." Pickett had it running the same day with spare parts.

In the production class, the bike has to appear entirely stock – including those high, completely un-aerodynamic handlebars. That includes details like that tiny mudflap on the back, which was a rare deal found for $85. Between travel, backup parts, racing fees and engine internals sacrificed while testing, speed don’t come cheap. Fellow Milwaukee area racers have started a GoFundMe for the land speed effort.

50-year-old motorcycles break parts routinely, and Pickett found a backup parts bike at Milwaukee shop Moto-Scoot. Andrew Mauk of Moto-Scoot, a racer himself, asked what they planned to do with the Honda. When Pickett explained their plan, Mauk donated the bike to the race effort, a generous sacrifice to the gods of speed. The project was moving along well.

Then in October 2018, Joe Haupt died. After decades of struggling with depression and anxiety, he took his own life. Haupt had been the motorcycle racing community’s enthusiastic teacher, cheerleader, raconteur and twinkly-eyed devil on your shoulder urging you to push harder, to go for it. His sudden absence left the racing community stunned.

After Haupt's passing, Pickett let the project rest for a little while. With the newfound quiet and absence echoing against his shop walls, it took some time before wrenching on motorcycles felt fun again. Then he found an unexpected teammate in Joe’s daughter, Haley Haupt, and the project took on a new life. Haley took on the title of Crew Chief for "The Pinky Fiddy" effort. The bike is named for both Joe’s race number 50 and the crackled pink paint – "a happy customizing accident while painting too quickly," said Pickett. 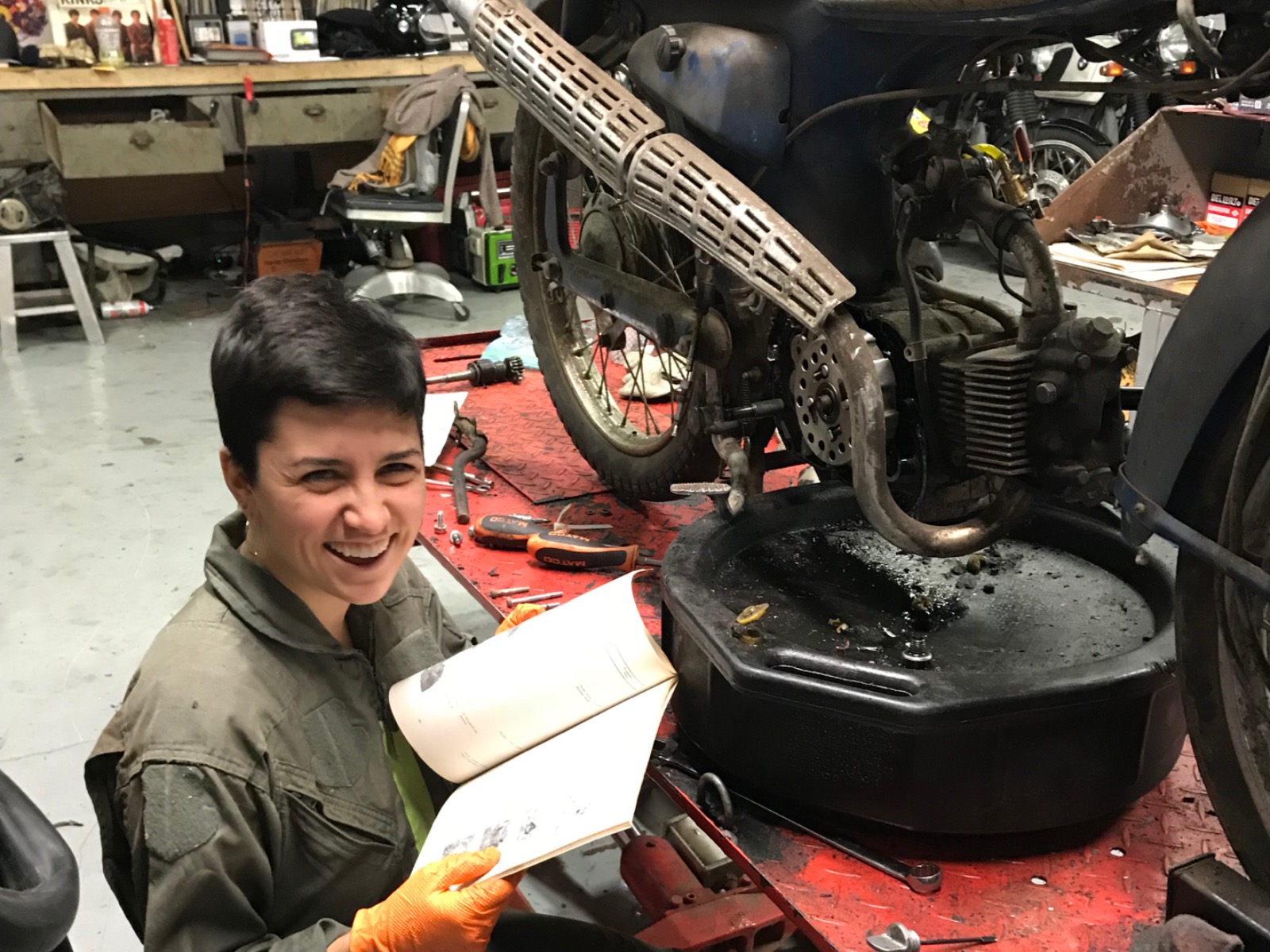 Haley considers the relationship with her father the longest distance relationship she’ll ever have, and although it’s not ideal, she cultivates it daily.

"I feel closest to my dad when I’m doing the things that he loved: when my fingers are covered in oil, the smell of exhaust, being on two wheels," she said.

"With Joe, my goal was to have fun with a friend," said Pickett. Now he says it means more to try to achieve the record. "How close I’ve become with Joe’s family … that’s the best possible outcome that could have resulted from this situation."

With Haley living in the Twin Cities, Pickett spends nights tuning the Pinky Fiddy under the hum of industrial lights and vinyl records in his shop space, a pursuit that has been both tough and redemptive.

"You have up and down days," he said. "Those moments when you get it running for the first time, or you solve a problem and you wish your friend was here so you could share it with him and hear his laugh." 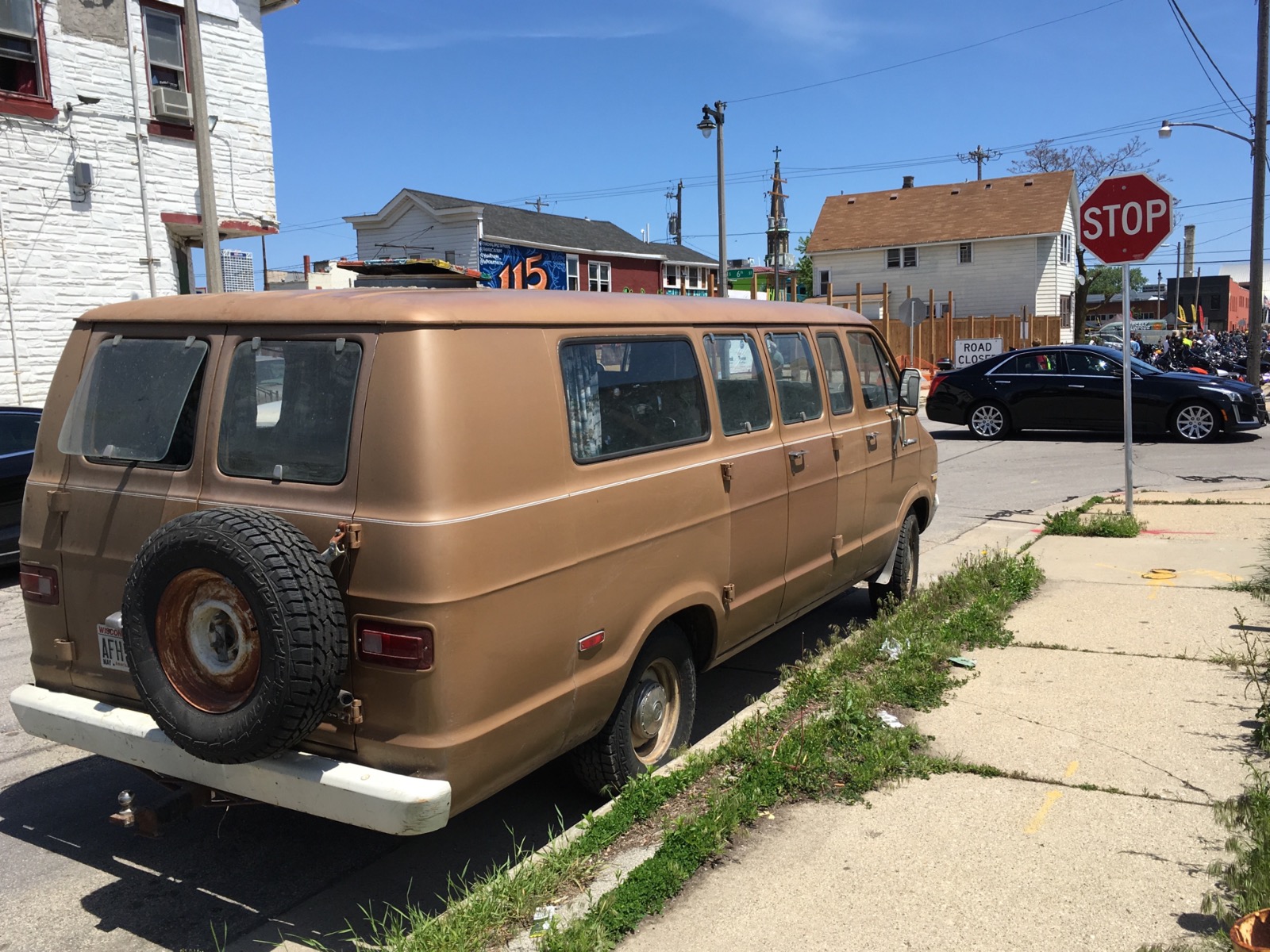 In August, the two will pack up and head to Utah’s Bonneville Salt Flats in Joe’s 1973 Dodge van, which Pickett has also tuned up. The Dodge performed its first long trip this spring when Pickett and Gabe Haupt, Haley’s brother, retrieved one of Joe’s bikes in California.

"I’m not really a road trip person, but my dad was the best person to have on a road trip because traveling with him had all the things you hope for: fun, spontaneity, learning something new … and maybe a little danger," said Haley.

This experience has even inspired Haley to get her motorcycle license. Her first ride? The spare parts bike for the Pinky Fiddy.

"Little Hondas were my dad’s favorite, and I’m excited to learn on a bike that would suit him perfectly," she said. "It’s kismet that I’m a part of this project celebrating him, and it’s getting me to learn something new."

Even from a distance, Fiddy Joey Haupt is inspiring the people in his life to go somewhere new and try things a little outside of their comfort zone. 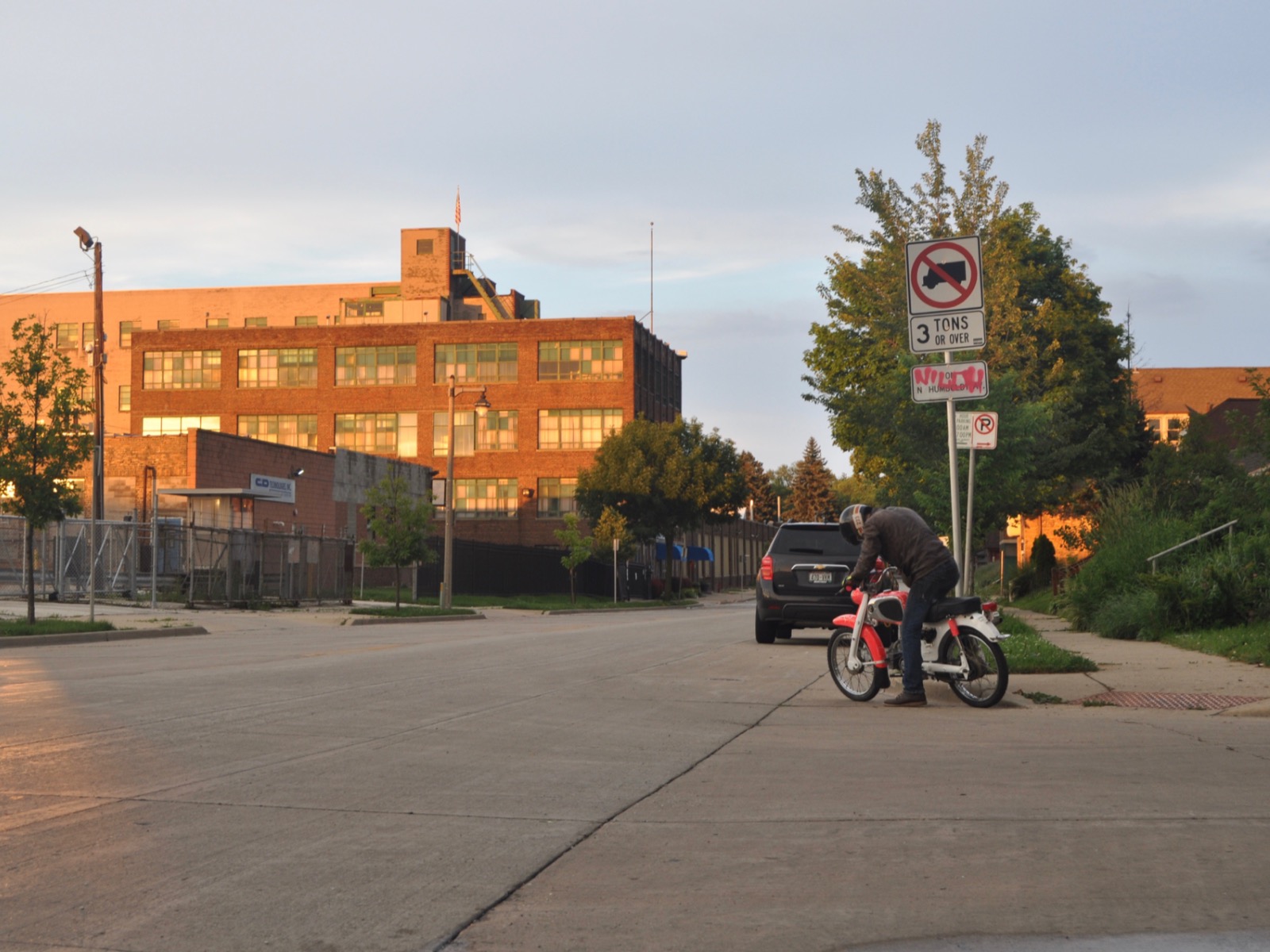 Andy Pickett on a shakedown ride with the Pinky Fiddy.