Professional women’s sports are far from being on a level playing field with men’s, but in the past few decades they’ve definitely scored points in the game of progress. Undoubtedly, Congress passing Title IX in 1972 prohibiting sexual discrimination in federally-funded education programs had much to do with the advancement of women’s sports. In the years following the new law, female athlete participation grew by a whopping 433 percent nationwide.

And on Dec. 9, 1978 — exactly 41 years ago today — about 30 women found themselves playing the first all-female, professional basketball game in a new league called The Women’s Professional Basketball League (WBL). Fifteen of those women were members of the Milwaukee Does who took on the Chicago Hustle at The Milwaukee Arena, now the UW-Milwaukee Panther Arena, 400 W. Kilbourn Ave.

The WBL was founded by Bill Byrne, talent scout, sports promoter, developer and administrator, including in the short-lived World Football League, who noticed a heightened interest in women’s college and international basketball. It would only last for three seasons — from the fall of 1978 to the spring of 1981 — but it was a historical moment for women holding the dream of playing professional sports. 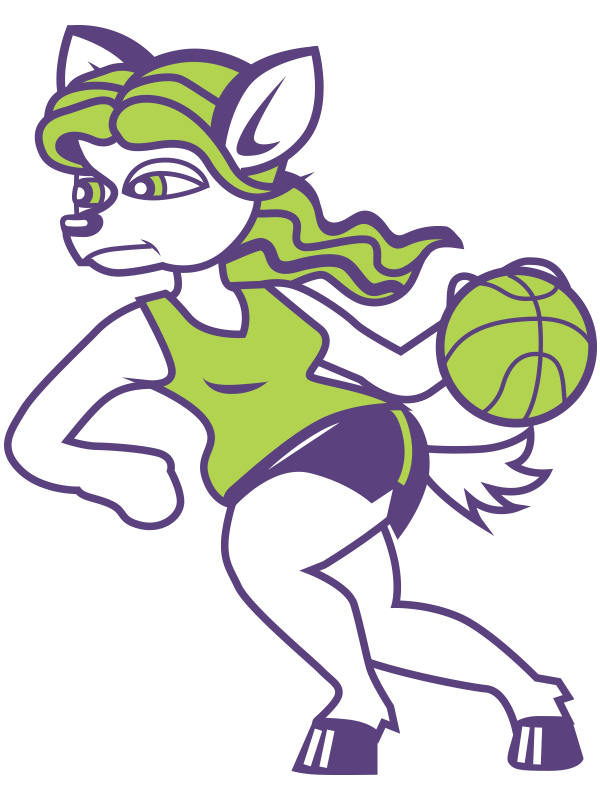 Game one, game on

Prior to the first game, thousands of brochures were mailed to Milwaukee attorneys, businesses, doctors, politicians, bar and restaurant owners and other high-profile people. The abundance of personal invitations paid off, because the first game drew a crowd of 7,824 spectators. Unfortunately, however, that was the only time the audience reached anywhere near those numbers.

The Does — named in conjunction with the professional male basketball team, The Bucks — were chosen to host the inaugural game because the team had a professional arena where both an NBA and NCAA championship had been played, and also because, as the Does general manager Gene DeLisle said, "Milwaukee is a good basketball town."

Milwaukee is a good basketball town.

Joanie "Baby J" Smith, who was the youngest player on the team and one of the most popular with fans, was quoted in the first Milwaukee Does program as saying, "Maybe I’ll get married when I’m 65."

This flip but poignant sentence reflected what was happening for women on many platforms during the '70s: they were starting to rack up points.

Dori Zweig, who grew up in Watertown, was the first Wisconsin native signed to the team. The rest of the players were originally from Alabama, Arizona, Illinois, Indiana, Kentucky, South Carolina and Texas. The majority of the team was born in the 1950s, so they were in their 20s at the time (and in their 60s today). Four of the original players were African American; 11 were white.

Carol Neblett, who played college basketball at the University of Southern California and was the wife of the Milwaukee Symphony Orchestra’s conductor Kenneth Schermerhorn, sang the National Anthem before the debut game. The team originally offered the gig to Helen Reddy of "I Am Woman" fame, but — according to Karra Porter, the author of "Mad Seasons: The story of the first women’s professional basketball league, 1978-1981" — she asked for $6,000 which was way out of the team’s budget.

The game began at 1:45 p.m. when official Mark Mano — a used car salesman from Racine who took the afternoon off to work the game — tossed up the opening tip between the Does’ Lynda Gehrke and Sue Digitale of the Hustle. Chicago won the toss and the first professional women’s basketball game was underway.

First Wisconsin sponsored the game and every time one of the Does downed a free-throw a basketball embossed with the bank’s logo was thrown into the crowd.

The Does’ Joanie Smith made the league’s first basket on an assist from Brenda Dennis. At one point, the game was tied at 81-81, but the Milwaukee Does missed more than half of their free throws and the Hustle won, 92-87. It was also believed the Hustle had the advantage from the start because they, unlike the Does, had played two expo games prior to their first official one.

Coach Candace Klinzing was fired after the first game, but she was already the second coach, hired after the first coach backed out due to illness. Thus, what was to become a revolving door of Does’ coaches had already opened but it was only to pick up speed. Klinzing had been a coach at Russell Sage College in Troy, New York where — in two seasons — she lost only one game. 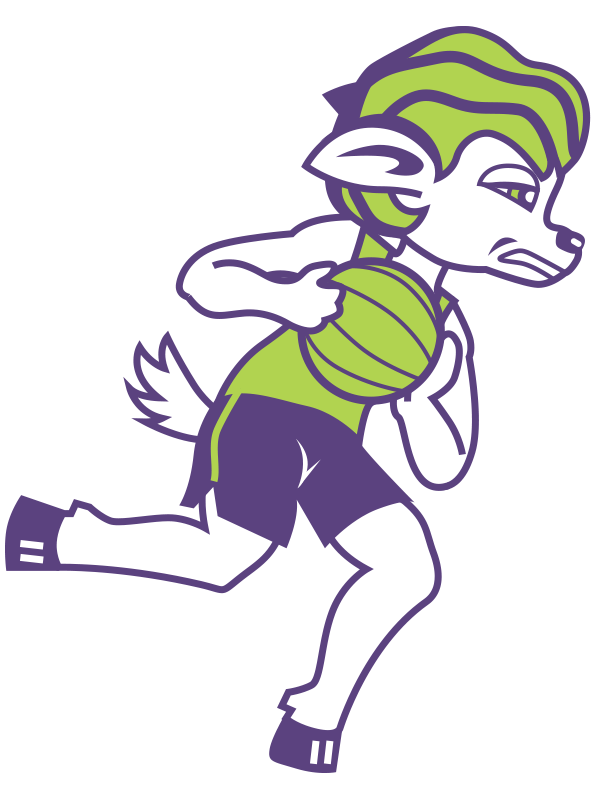 The women in professional basketball were real athletes, unlike the female actors who performed in the Gorgeous Women of Wrestling (GLOW), which was en vogue television entertainment a few years later. But it was still the 1970s — major strides for equal rights were yet to be made — and the WBL was run almost entirely by men. So the branding of the players promoted the concept of professional women athletes, but also reflected the male-dominated and un-feminist reality of the times.

The branding of the players promoted the concept of professional women athletes, but also reflected the male-dominated and un-feminist reality of the times.

The Does team colors were "lime and grape" (green and purple) and the logo was a curvy, voluptuous deer with long eyelashes, short-shorts, bushy tail and small, pointy hooves that would barely hold an athlete upright much less assist them in running the ball back on the court.

Other franchises had even "sexier" uniforms and attire, but the Does were issued unisex uniforms.

"They were made from kind of thin material, but the league didn’t have a lot of money," says Smith. "But I was so proud to be wearing that uniform. The uniform of a professional basketball player."

Like team uniforms and appearance, codes of conduct ranged from franchise to franchise. Some players were restricted from doing anything that wasn’t "ladylike," including drinking, smoking or swearing. The Does however, had to fit into Milwaukee culture, and so going to bars as a team was one of their public relations strategies.

According to Porter’s book, prior to the first game the team barhopped between Downtown bars in a rented limousine. Coach Klinzing got out first, went into the bar, and shouted out an introduction of the team. Members would then come into the bar to mingle with tavern guests and promote the league.

Members of the Milwaukee Does were featured in local ads, but twins Kay and Faye Young of the New York Stars posed for a Dannon Yogurt ad, making them the first professional women basketball players to appear in a national advertising campaign.

Smith says she would occasionally get recognized in public as one of the Does. She fondly remembers playing ping pong with members of the team and a few veterans at the V.A.

"One of them was from Vietnam — he had lost his legs and was in a wheelchair — and when he saw me he said, ‘Joanie Smith! I hope they never trade you,’" says Smith. "That was my all-time favorite ‘celebrity moment.’"

At the end of the 1978-79 season, the Does finished with a record of 11 wins and 23 losses, placing them in last place in their division.

"It didn’t matter for the players. The first year was awesome and fantastic. Milwaukee embraced me and I fell in love with the city," says Smith who stayed in Milwaukee and taught at Milwaukee Public Schools for 29 years.

During the next season, the Does performed about the same with 11 wins and 24 losses. The team had multiple coaches that year. Larry Costello, who had been the coach of the Milwaukee Bucks for eight seasons, left the Does mid-season after months of not receiving a paycheck and the team’s assistant coach, Julia Yeater, took the job. It became clearer and clearer to the teams that the WBL wasn’t working out. For the most part, the press stopped covering the games and attendance continued to drop.

In 1979, the WBL hosted its one and only all-star game in New York City’s Madison Square Garden. Smith represented the Does for the historic game.

But following the all-star game, teams started to drop out of the league. Smith remembers arriving in Los Angeles to play The California Dream, but as soon as they got off the plane, they heard an announcement in the airport asking for someone from the Does to pick up one of the white phones.

"We were told there was not going to be a game, that the Dream was done. So we said ‘OK then, let’s go to Disneyland!’ And we did," says Smith.

Continued financial difficulties and non-existent paychecks that year all contributed to the demise of the league. Plus, the WBL was hoping to get attention during the 1980 Olympics but then the United States boycotted the games in Moscow.

In 1981, the Does started practicing for their third season, but disbanded before the season started. Shortly after, commissioner of the WBL Dave Almstead sent out a press release reporting that the league generated $14 million losses and was officially dissolving.

"It just wasn’t the right time with the Does. But it happened. And that's what’s important. The Does organization blazed a path and were pioneers for the next wave of women basketball players," says Shawna Nichols (aka DJ Shawna), a basketball player and coach who also serves as the official DJ and host for the NCAA Women’s Final Four, is one of the Bucks’ DJs and the official DJ for the University of Wisconsin Badgers.

Although the timing might have been off, the WBL served an extremely important purpose: it proved that female basketball players were as talented and resilient as their male counterparts, even if they didn’t have the franchises or salaries to prove it. 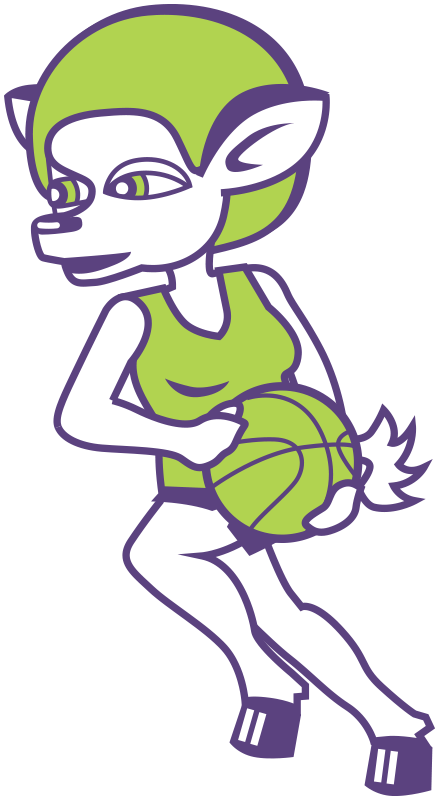 When Mary Nellen — who was Mary Chrnelich at the time — played basketball for Pius High School, her dream was to play for the Milwaukee Does someday. Instead, she played for two years at Kansas University and two years at the University of Wisconsin in Madison. She also played professionally for one year in another short-lived league, the Women’s American Basketball Association.

"I was originally drafted for a team called the Wisconsin Cheddars, but that never came together, so I went to play for the Chicago Spirit instead," says Nellen. "It was fun while it lasted."

Today, Nellen runs a basketball organization called 1on1 Milwaukee that coaches girls in 5th-12th grade. Out of the 38 girls who completed the program so far, 100 percent have gone on to play college ball and four are currently playing professionally.

Out of the 38 girls who completed the 1on1 program so far, 100 percent have gone on to play college ball and four are currently playing professionally.

"I encourage all of the girls I coach to read the history of women’s basketball so they are aware of women like Joanie Smith from the Milwaukee Does who walked the walk for us, who didn’t quit," says Nellen.

In recent years, college basketball has continued to surge in popularity and receive more media coverage. Colleges and universities have increased the number of sports scholarships available for women. Meanwhile, female athletes are training younger and harder and, consequently, getting better and better.

Nichols says social media is integral to the recent and future success of professional women’s sports.

"I attribute the positive attention to social media where our former and current professional players, as well as leaders and coaches, are speaking out more for our sport," says Nichols. "Women have been using their platforms to help make a difference and continue moving women’s basketball in a positive direction."

Professional women’s basketball has room for growth — particularly with players’ paychecks — but the present-day state of the game is leaps and bounds beyond what it was, and much of the success is attributed to the powerhouse players of the past.

On June 5 of this year, the WBL was inducted into the Women’s Basketball Hall of Fame in Knowxille, Tenn., and Smith attended the ceremony. 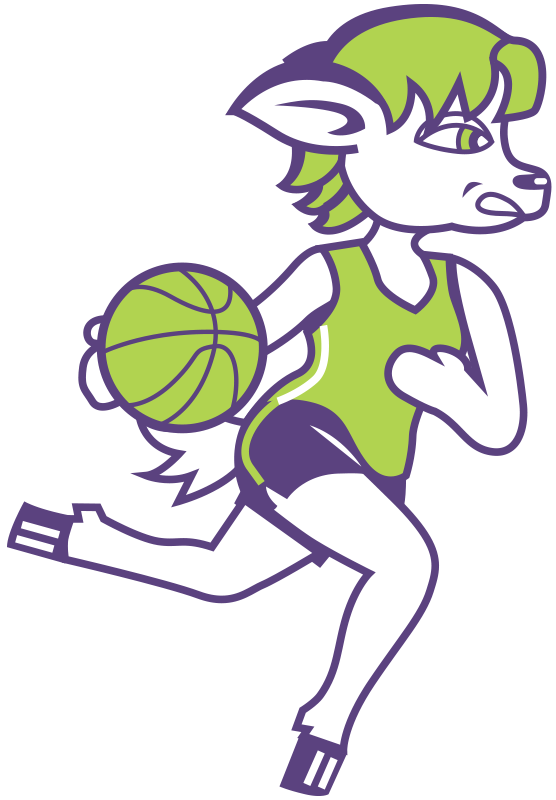 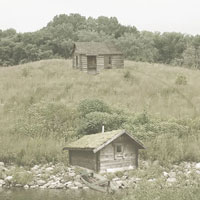 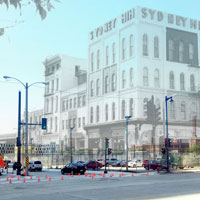 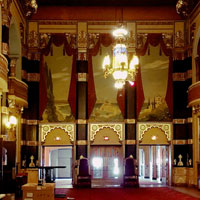