This winter, the Brewers embarked on a $60-something million renovation of its spring training facility. And according to the team's' Tyler Barnes, there's more to come. The results are both dramatic and subtle.

PHOENIX – American Family Fields of Phoenix, until this year known as Maryvale Baseball Park, was badly in need of some love.

Even though the sprawling spring training home of the Milwaukee Brewers was only 20 years old, it had fallen way behind the other teams’ ballparks in the Cactus League. So this winter, the team embarked on a $60-something million renovation of its facility. And according to the Brewers’ Tyler Barnes, there’s more to come.

The results are both dramatic and subtle.

It’s quite a bit prettier now, and for players, it’s a humungous leap up in terms of world-class facilities. But for fans, it remains the most modest ballpark in the Cactus League. It still doesn’t hold a candle to the Diamondbacks’ Talking Stick or the Dodgers’ Camelback Ranch. Keep in mind, however, that the Brewers don’t share a ballpark with another team, and given the centrally located 60 acre spot, the "new" Maryvale is anything but a fail.

Here are nine things you need to know if you’re making a pilgrimage to Phoenix to see the Brew Crew this spring:

1. Brown is the new blue 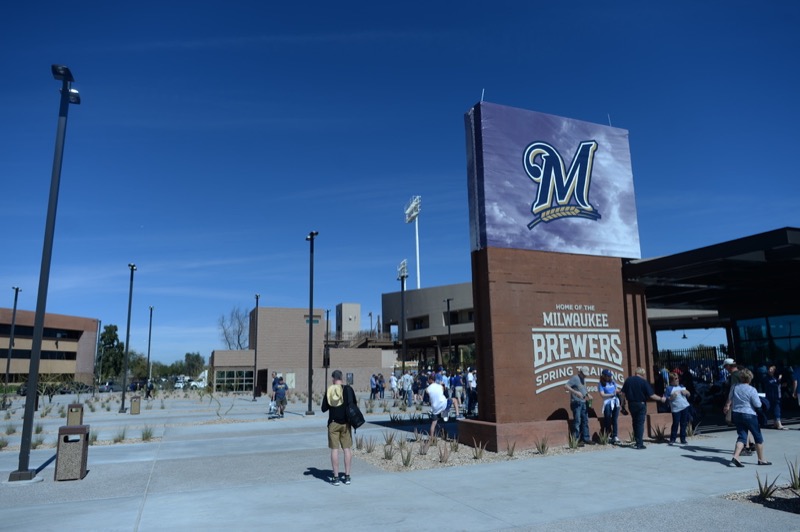 The biggest visual difference is that almost all of the faded blue exterior (except for the seats) is now a desert shade of brown. This is important because Brewers blue doesn’t fare well in the blasting Arizona sunshine. Everything looks fresh and new, from unified signage to colors, and just seems classier. Overall, American Family Fields feels more naturally suited its environment, but once you’re sitting in the seats or the outfield berm, you’ll still feel like you’re in Maryvale. Cantilevered, slotted beams extend further out over the seats, too, so there’s a bit more shade on the sunniest of days. 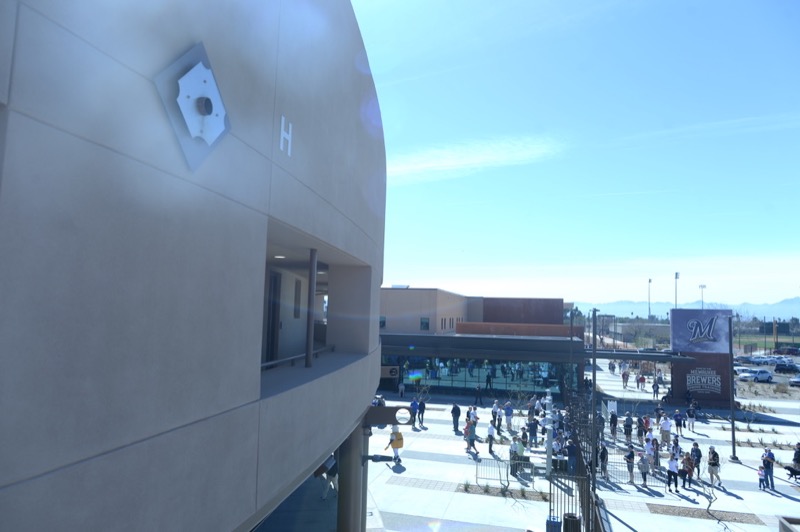 The old entrance into the ballpark was clogged and congested, with one small entry behind first base. Now you can enter and exit behind home plate or in right field, which means shorter lines and less standing around. Even though the Brewers don’t draw nearly as many fans as say, the Cubs, even busy games don’t feel like a hassle anymore. And there’s still tons of parking for tailgating. 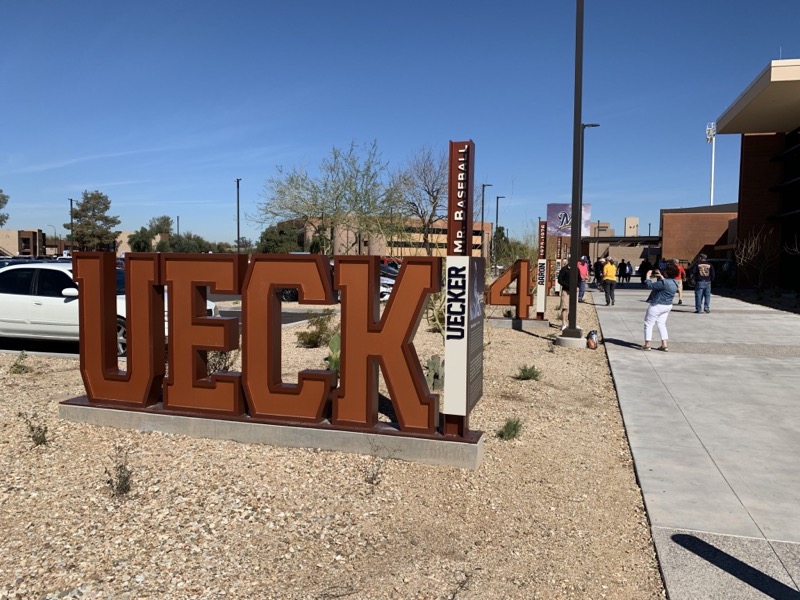 The area to the south of the home plate entrance has new, Instagram friendly signage, fonts and visual cues to make Maryvale feel like an homage to the great Brewers of the past. While everyone expects to see tributes to Yount, Molitor, Fingers and Selig, the first and most fun number statue is to Mr. Baseball, Bob Uecker. For the first time in 20 years, Maryvale really feels fun again. 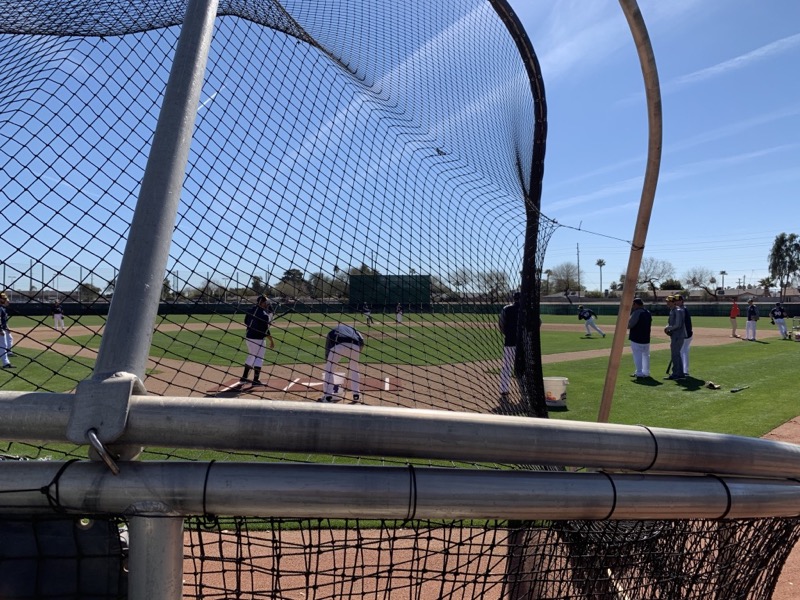 In the old days (read: up until last year), fans had an interesting way to access players as they were walking to and from the field. They could just chat with them and get autographs behind a slotted fence in right field, which has mostly given way to one of the new entrances. However, the amazing area behind the ballpark still exists and you can walk right up to hundreds of minor league Brewers practicing before games. And now, the major league practice areas, beyond the outfield in right are easier to watch, too. I’d venture to say that for whatever shortcomings the facility has, its access to getting up close and personal to players is the best in the Cactus League.

5. Fresher food, but less of it 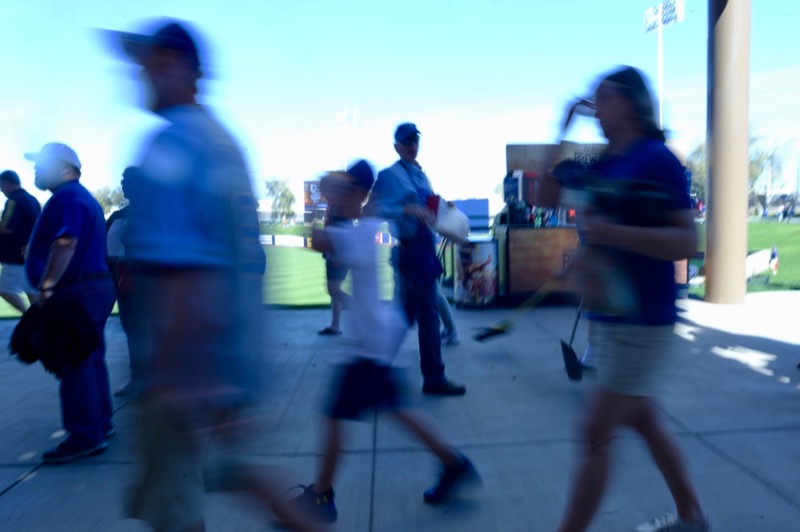 With the expansion, the Brewers moved kitchens into the concession stands, so they no longer have to rely on one one commissary and shuttle food around the ballpark. However, they have also removed some of the stands throughout the ballpark (no more Island Noodles). Plenty of beer vendors remain, as well as a Bloody Mary stand, but unlike the Reds’ ballpark, for example, where you can eat Cincinnati chili, you’re stuck with mostly regular baseball staples at American Family Fields. I can say, from personal experience, that the Johnsonville brats at this ballpark taste better than the ones at Miller Park. 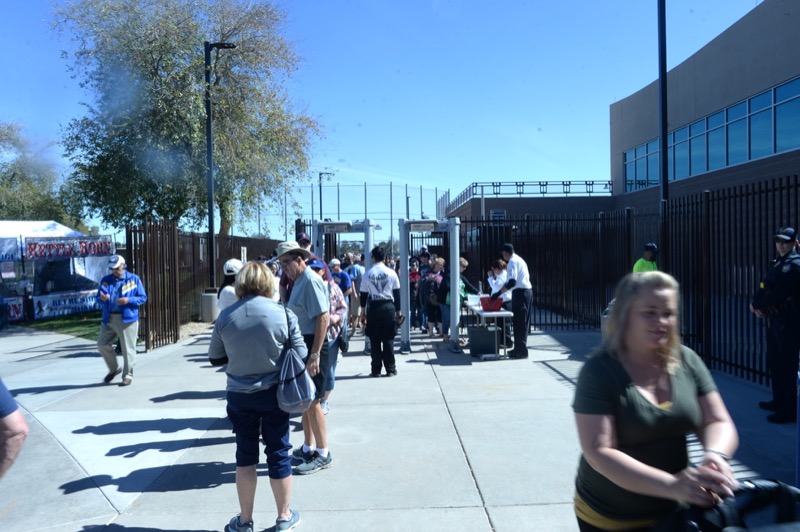 The Brewers also widened the concourse area along first and third base, so there are fewer "choke points" as you’re wandering around the field. Everything feels more open and airy than before. 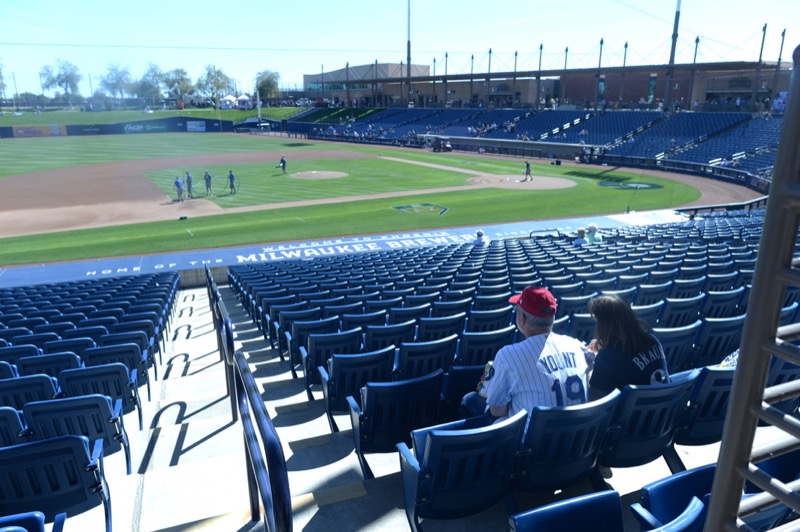 The sizzling hot metal bleachers along the left and right field lines have been replaced with actual seats. Still no cupholders, though. 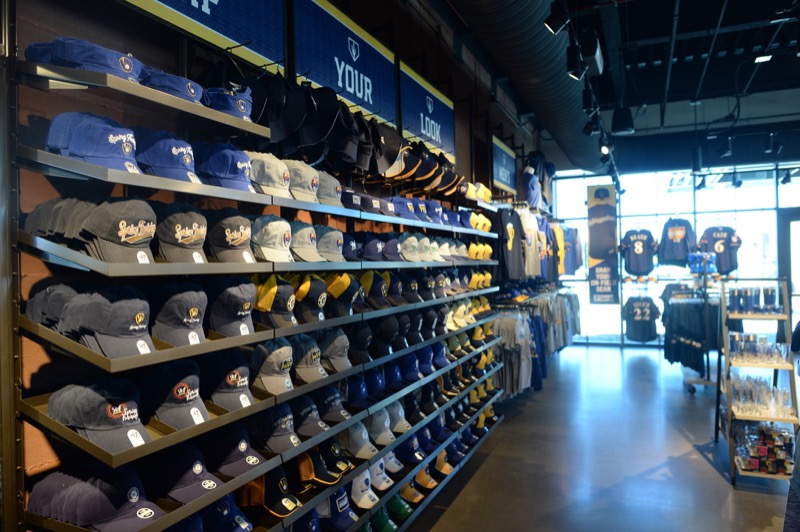 This one is important. The new team store is a dramatic improvement over the tiny old one. It has its own entrance and is open even on non-game days. Plus, because the Brewers have taken over their own merchandise sales, apparel is fresher and less expensive. A shirt that would’ve cost $48 is now about $28. Since the ballpark opens at 11:30 for 1 p.m. games, you no longer have to stand in a long line to get in and miss actual baseball while you buy souvenirs. 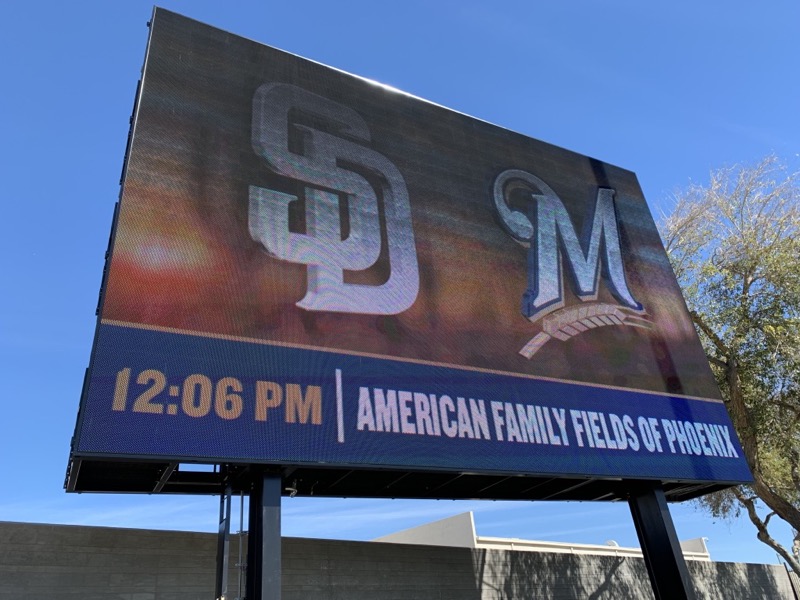 The old scoreboard at Maryvale was laughably bad. Like middle school bad. The new, full-color board gives everything you’d expect from a baseball game (except instant replays). 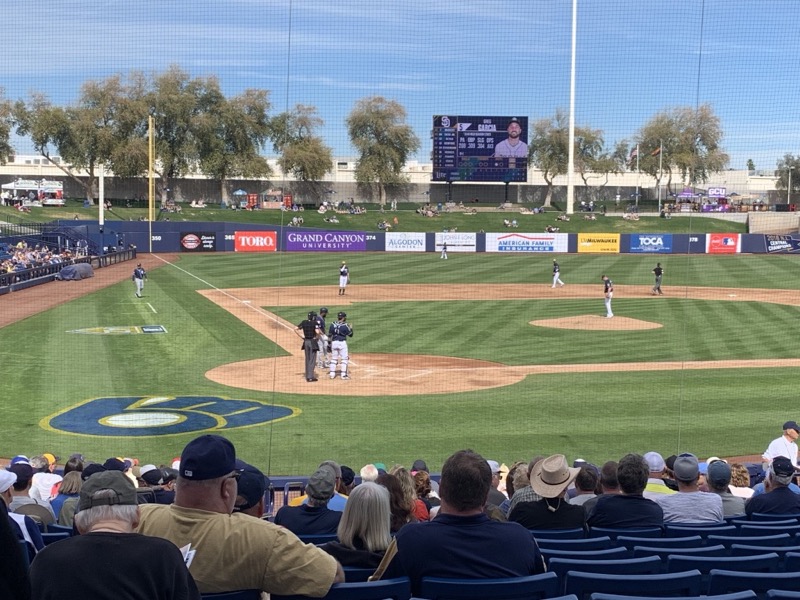 By far, the biggest improvement to the ballpark is the stuff fans will never see. After suffering through cramped quarters, the players now have a world-class clubhouse, a huge weight room, hydrotherapy baths and even more practice fields that mimic the dimensions of Miller Park. Does this matter? Barnes says it absolutely does. When a player’s first impression of the Brewers is the six weeks they spend at this improved facility, morale is higher, and they are more prepared to take the field when the season begins. Which is important, because the 2019 Brewers will be very good.