While Schlitz claimed to make the beer that made Milwaukee famous, it's pretty safe to bust that wide open and just say that it was just beer itself that brought Brew City to the world. Here are a dozen beautiful beer labels from Milwaukee's brewing past.

While Schlitz claimed to make the beer that made Milwaukee famous, it's pretty safe to bust that wide open and just say that it was just beer itself that brought Brew City to the world.

Here are a dozen beautiful beer labels from Milwaukee's brewing past, selected from the hundreds in the Milwaukee County Historical Society collection by curator Ben Barbera. 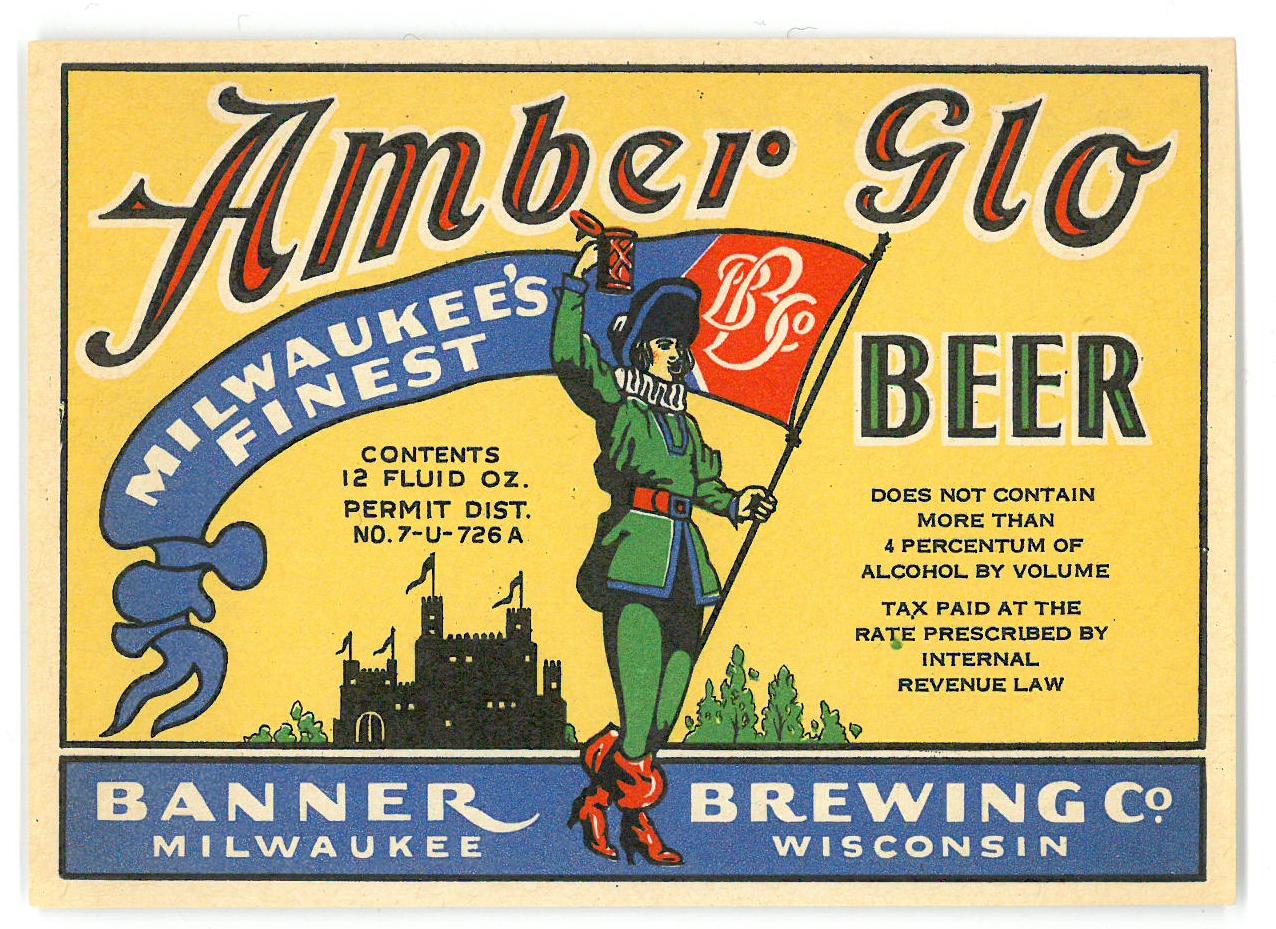 I love this one. Great colors, great litho image. And Amber Glo sounds like the name of a beautiful Rickenbacker guitar finish. Barbera says, "This was immediately after Prohibition as the Banner Brewing Company was only open from 1933 to 1935." 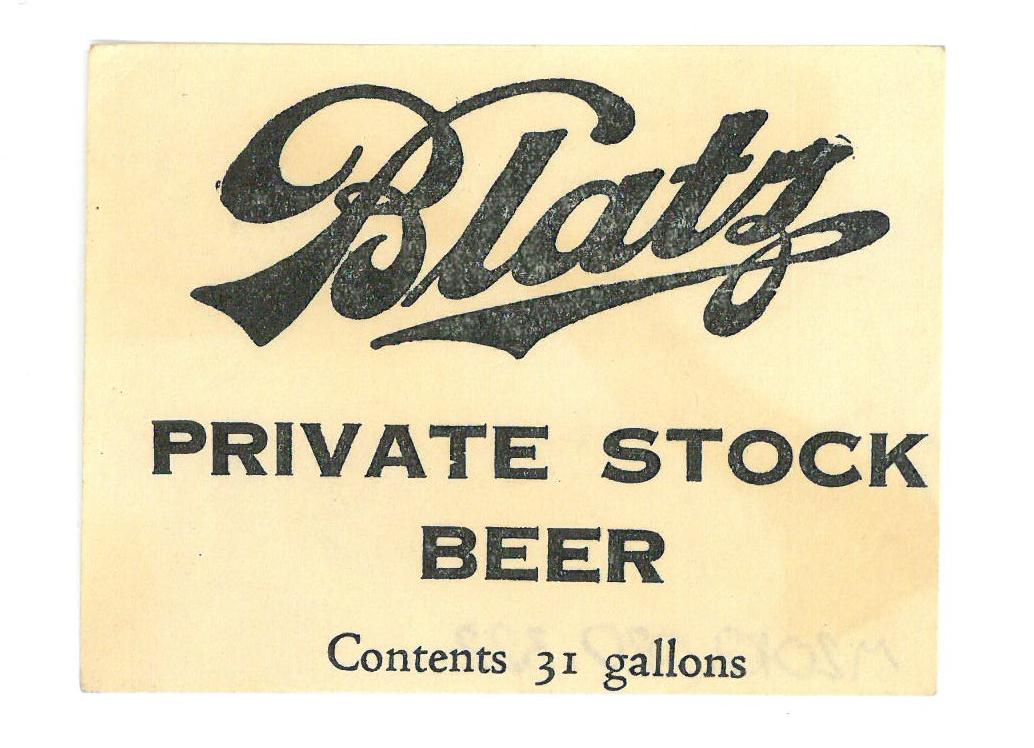 According to Barbera, this Blatz brew dates back to at least 1900 and perhaps earlier. The keg label is undated, but it has an alluringly primitive label. 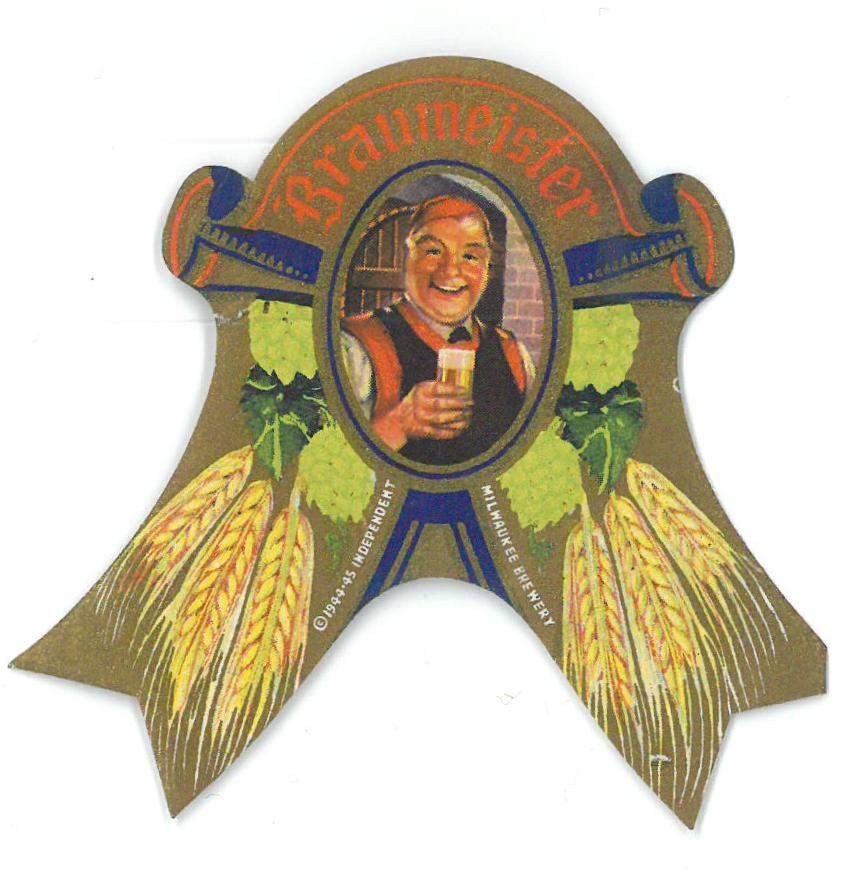 Braumeister. It just sounds like Milwaukee, doesn't it? "This was the Independent Brewing Company’s signature beer," says Barbera. The label carried a 1944-45 copyright.

These days, the Milwaukee's Best brand is synonymous with anything but the best. Gettelman seemed to admit that by putting the "Best" in quotes – though maybe that was a concession to Pabst, which had been founded by Jacob Best. Miller bought Gettlman in 1961 and still brews this one.

Your eyes do not deceive you. This label dates to sometime in the 1890s, says Barbera, but "certainly no later than 1898 as that was the year that a Federal judge signed an injunction against Miller using the Budweiser name." 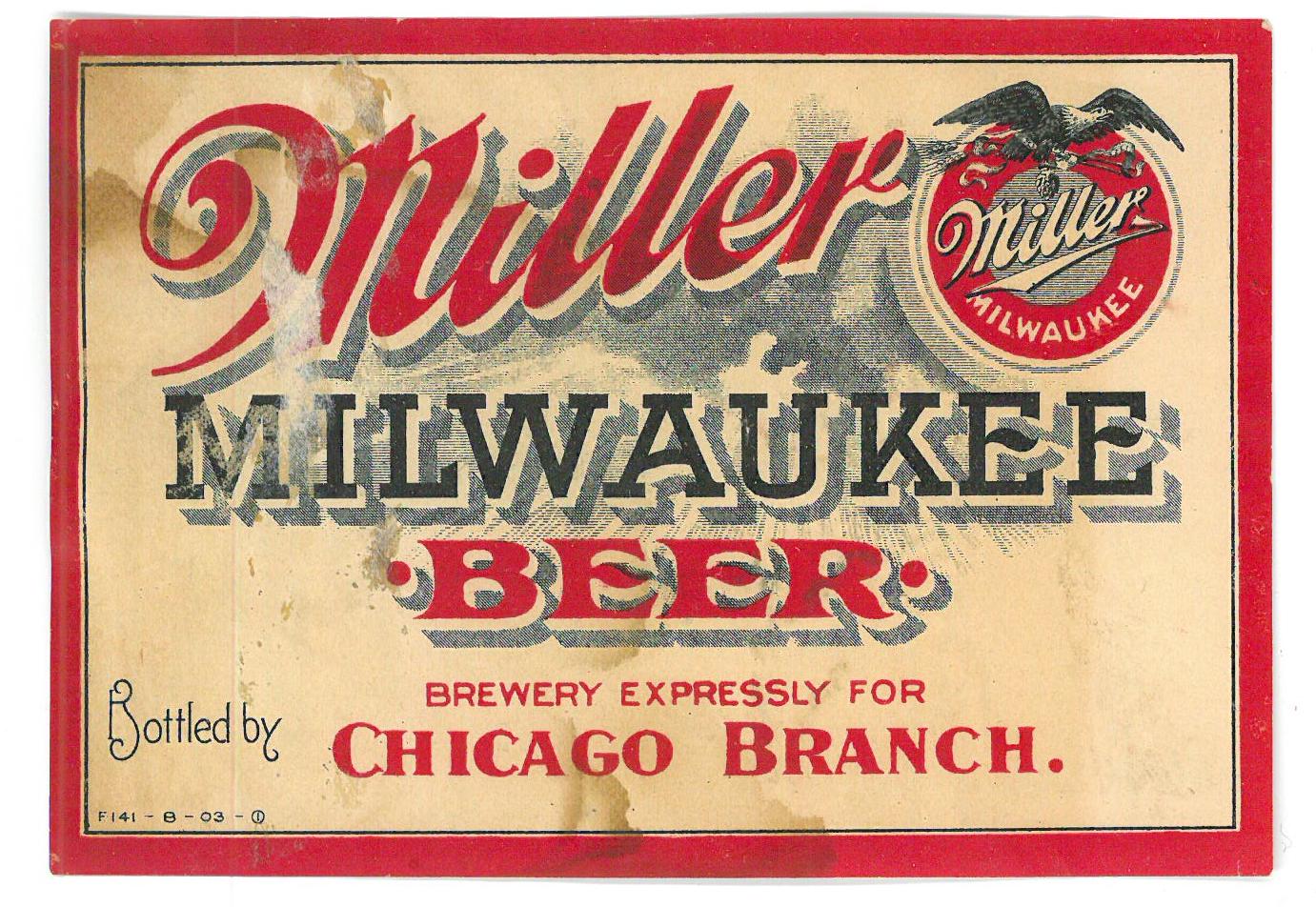 As you'll learn if you take the Miller Brewery tour, much of the Miller brewed in Milwaukee is destined for the Chicagoland area. This label made that fact quite plain. 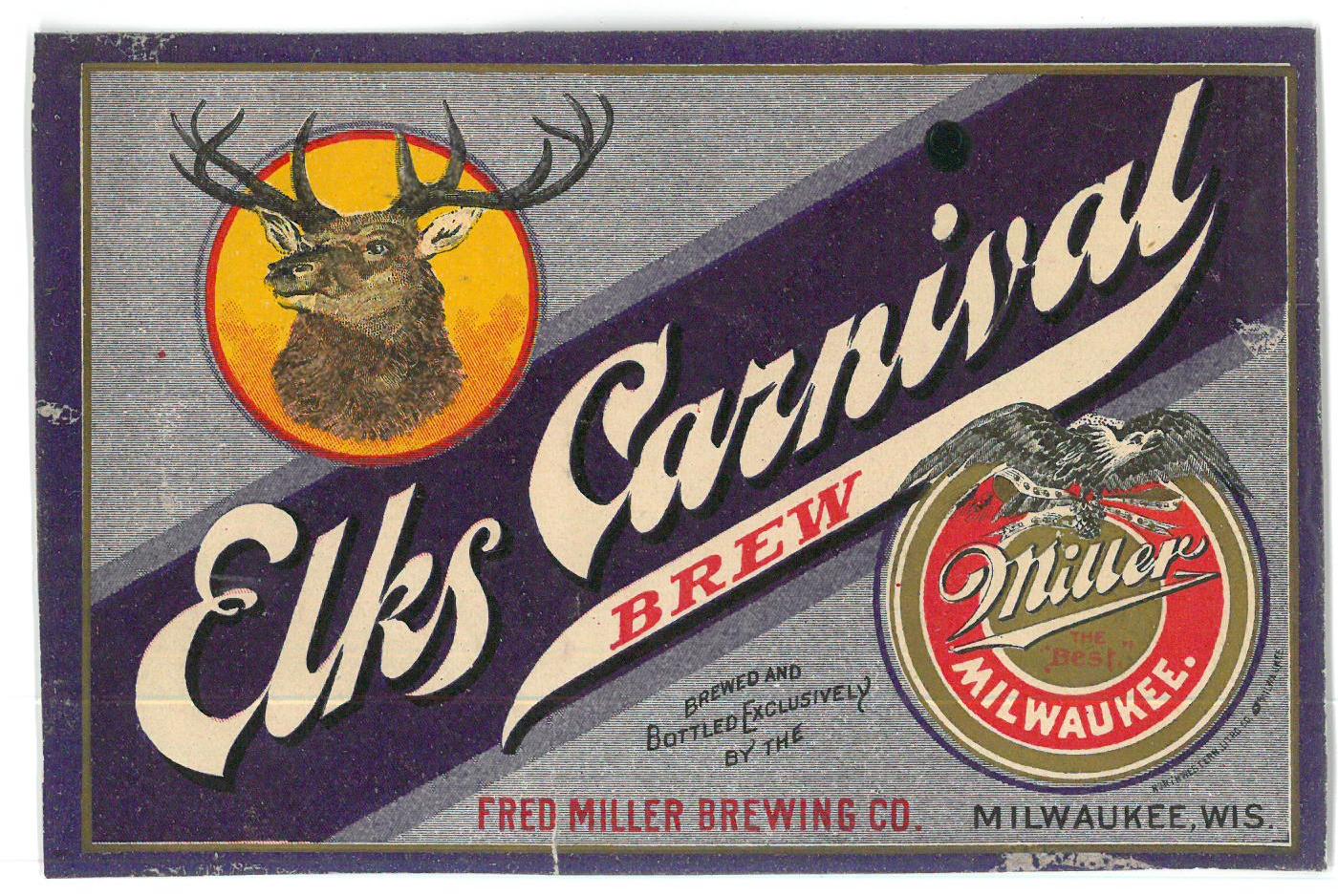 This label, says Barbera, likely dates to around 1901 when the Elks held their national convention and carnival in Milwaukee. I can't help picturing a bunch of elks trying to toss rings onto beer bottles and shooting at moving targets shaped like people.

When we first came across the labels, Barbera and I thought they might be a symbol of the anti-German backlash that spread rapidly through Milwaukee during World War I. Instead, it turns out Kaiser beer was renamed Stag in 1908 and Pabst was making Red, White and Blue around 1906-07. 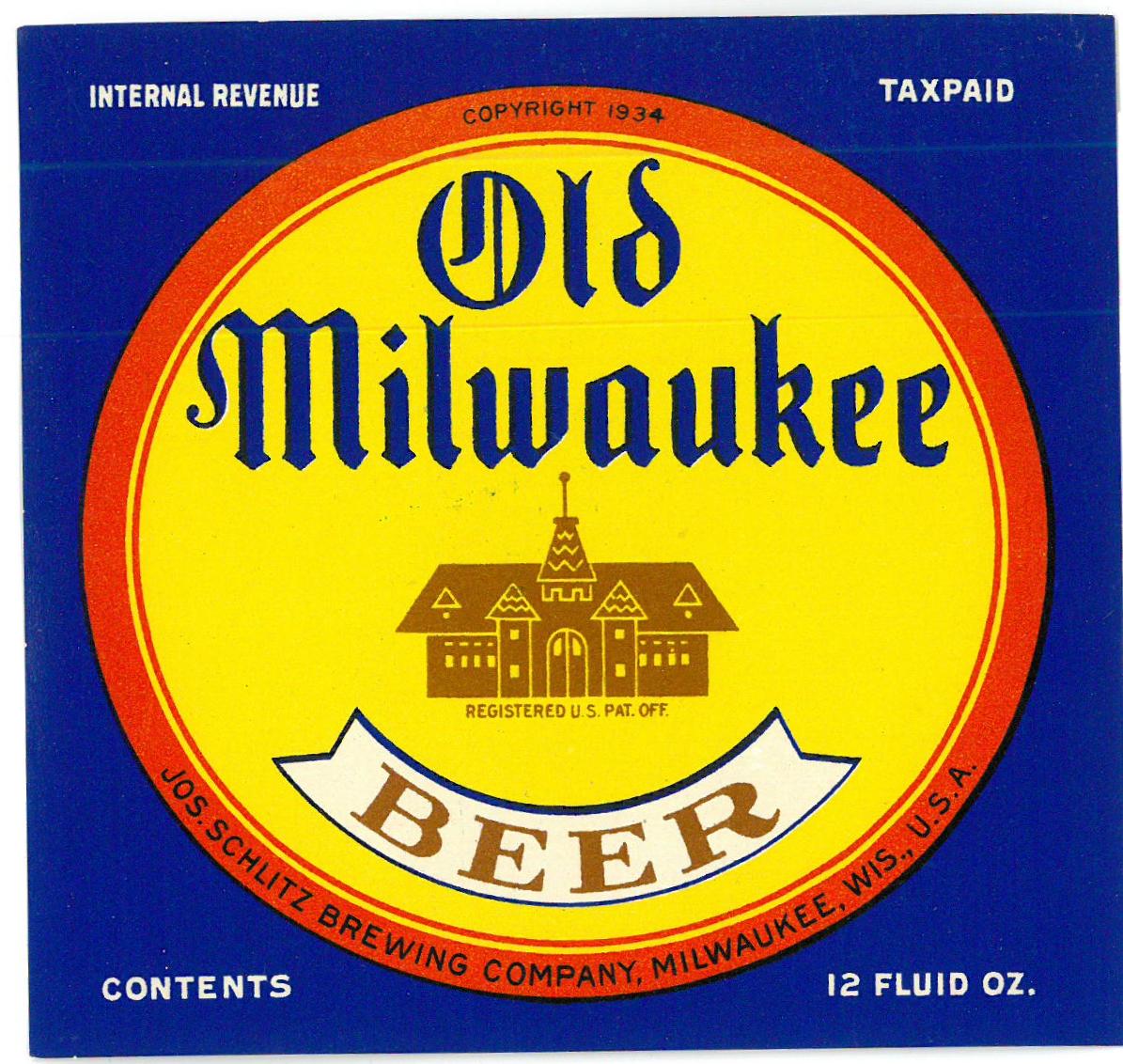 This eye-catching Schlitz Old Milwaukee label is copyrighted 1934. It's called Old Milwaukee yet shows a building that doesn't appear to be in Brew City. 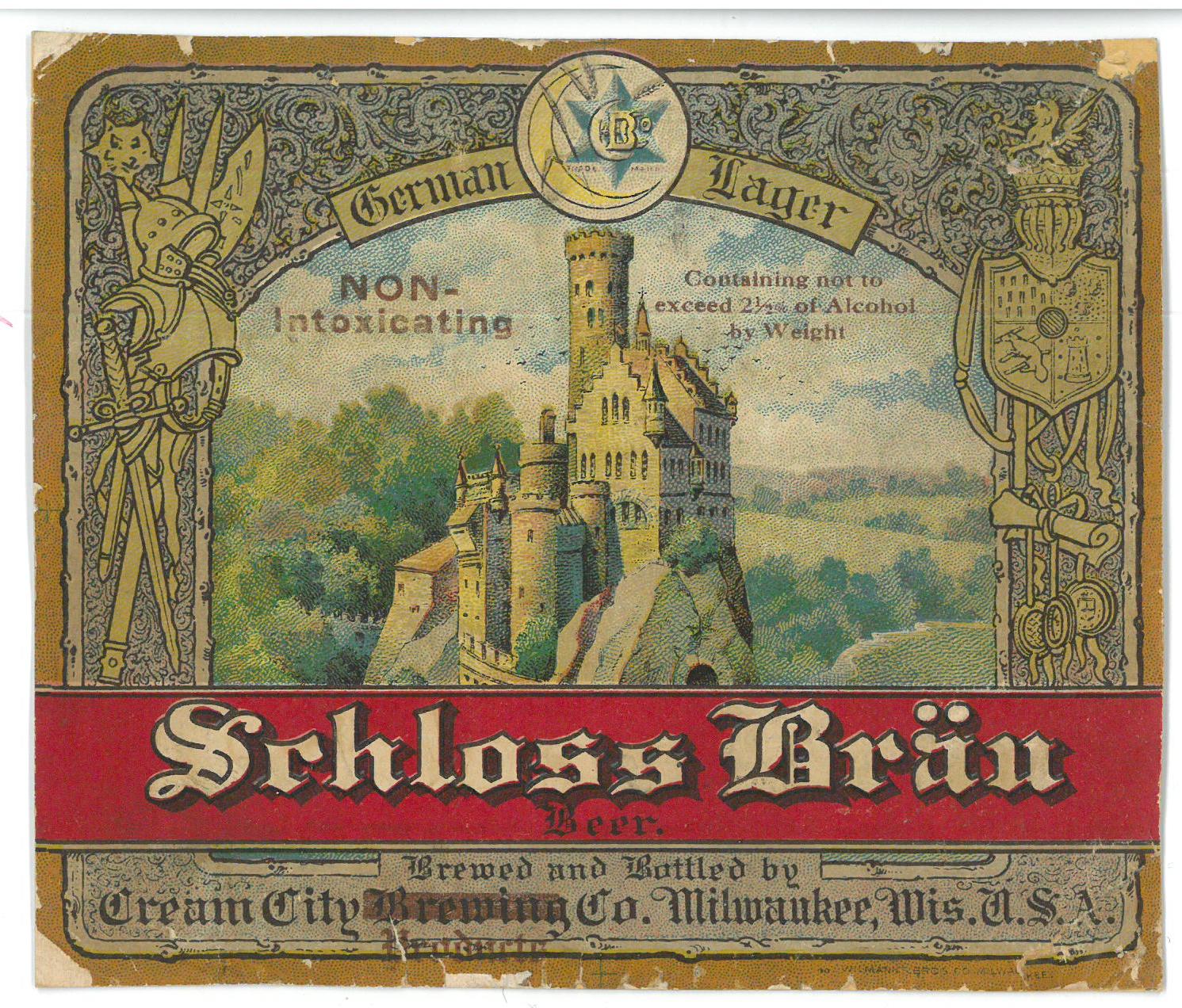 "This is almost certainly Prohibition era," says Barbera. "It notes that it is non-intoxicating – at less than 2.5 percent – and the Brewing in Cream City Brewing Co. is crossed out and replaced with Products, which is something they did during Prohibition." The original Schloss Brau was registered in 1916. 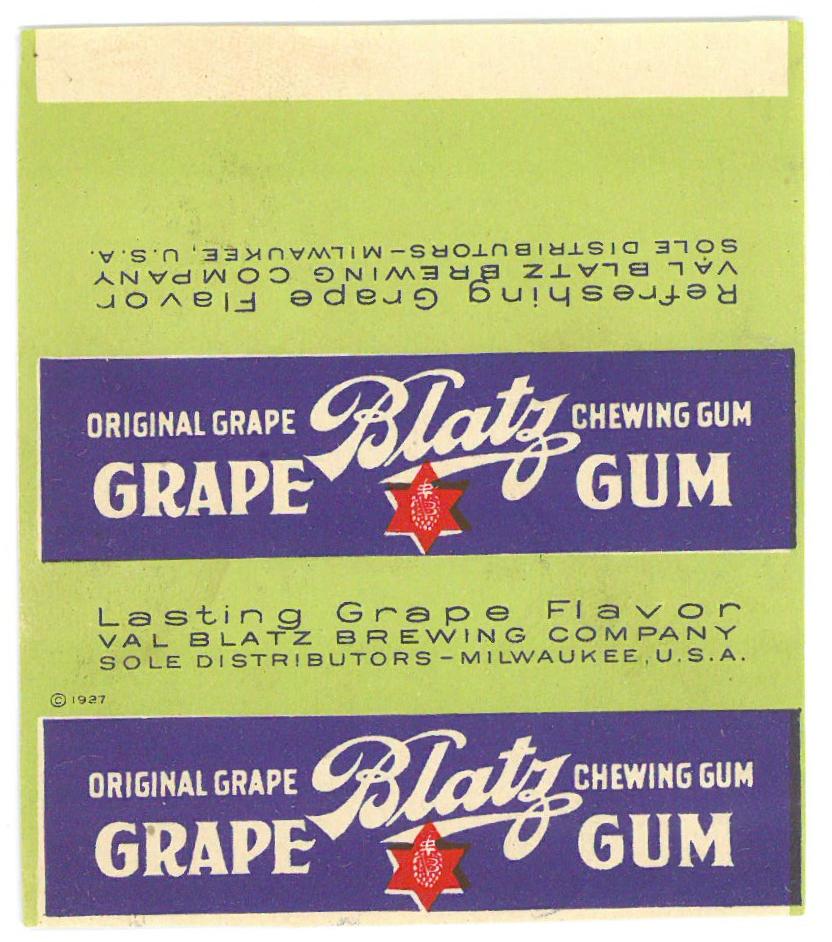 Speaking of Prohibition, brewers had to find a variety of ways to survive when Americans were forced to become (or pretend to become) tea-totalers. Blatz turned to chewing gum ... presumably non-alcoholic.