There are more than 80 new foods in which you can indulge at the 2016 Wisconsin State Fair. But, which ones are worth trying? We've ranked 13 of them from worst to best (13 being the worst) along with my tasting notes for your reading enjoyment.

There are more than 80 new foods in which you can indulge at the 2016 Wisconsin State Fair (get the full list here). But, which ones are worth trying?

I spent a good portion of opening day working my way through a list of reader suggested foods, tasting every single one (almost). I’ve ranked 13 of them from worst to best (13 being the worst) and included my tasting notes for your reading enjoyment.

13. Deep fried corn on the cob

When I read the description of this one, I was intrigued: beer-battered, deep-fried corn on the cob with a choice of seven different seasonings. Unfortunately, it turned out to be the biggest disappointment. When I arrived at Adeline’s Corn, a very kind lady at the counter informed me that they’d taken this new Wisconsin State Fair item off the menu. Insert very sad trombone here. 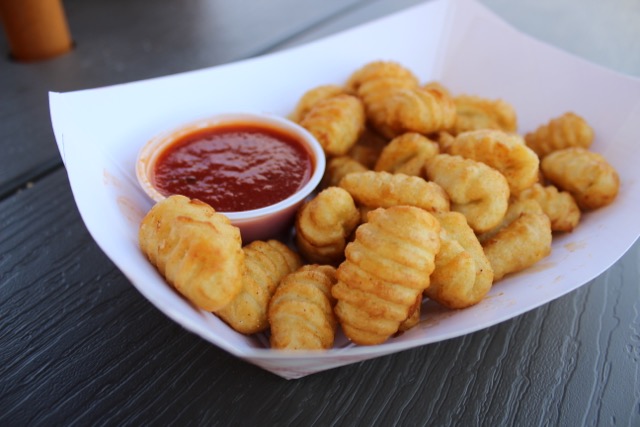 I can't express how disappointed I was in this one. Gnocchi is delicious, right? Well, this gnocchi looked great. It was crisp on the exterior, and fried to a perfect golden brown. Unfortunately, it was also gummy, a bit rubbery and virtually flavorless. Even the marinara sauce was ho-hum. 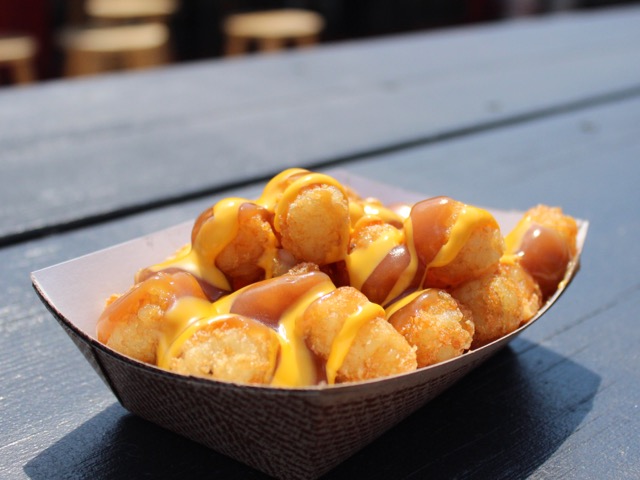 Where to find it: Knucklehead, $8

In case you’re wondering, "disco tots" are pretty much poutine made with tater tots. But, they use cheap nacho cheese instead of cheese curds.The gravy is salty, and the cheese sauce is sparse. Don't waste your precious tot calories on this one. Just like disco from the '70s, this one was built to crash and burn. 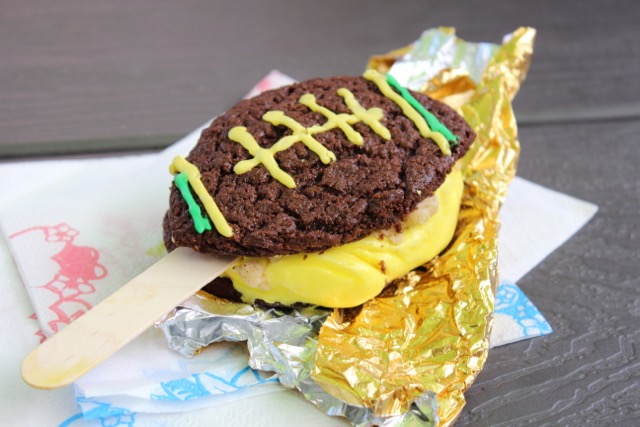 What could go wrong with an ice cream sandwich? Well, let’s start with the weirdly yellow ice cream. It was supposed to taste like cake batter with cookie dough; but it tasted more like vanilla with a bit of cookie dough smeared over the top. The double chocolate chip cookies also sounded like a good idea. Unfortunately, they looked more chocolatey than they tasted. And the stick? I couldn’t figure out why they bothered. Overall, this one had great potential; but, it really fell flat for me in almost every way. 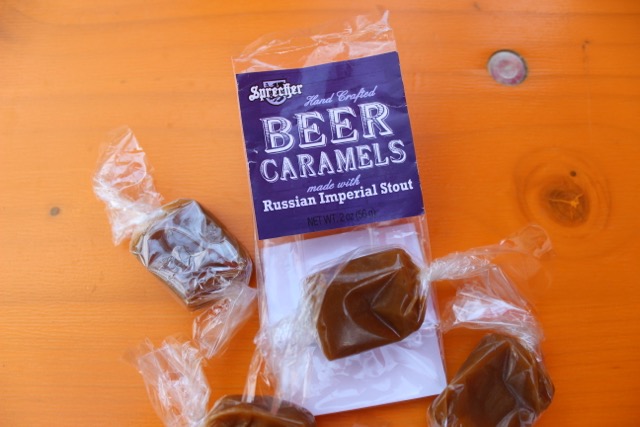 Where to find it: Sprecher Landing, $5

When I think of State Fair food, I don’t think of salted caramels. But, hey? Caramel is delicious, so these seemed worth a try. And they tasted good: salty, nutty and a bit rich from the Stout. But, they lost points for texture; instead of being completely smooth and creamy, they were grainy – a symptom of caramel that has been either under- or over-cooked. Sadly, that pushed them pretty far down the list. 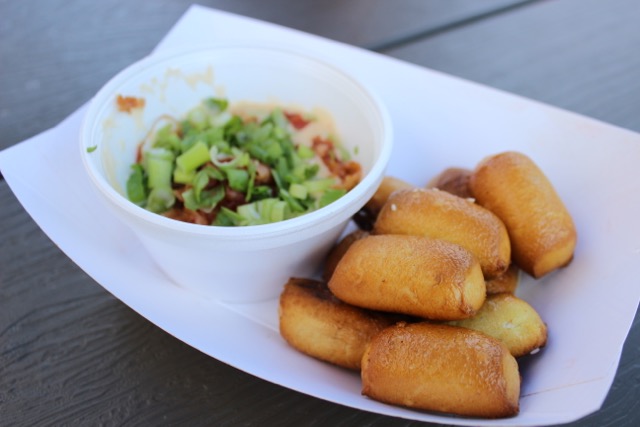 Where to find it: Machine Shed, $8

You might miss this one if you actually look for "fondue," since I believe they’re listed on the menu as pretzel bites with beer cheese. And, honestly, that’s probably a better name for them. The pretzel bites were fine. Nothing exciting, but a decent vehicle for the cheese sauce, which was flavorful (you could taste both the cheese and the beer). It was also studded with bacon (not bad) and scallions (many of them, to the point of being overpowering). Pretty good, if you love scallions, don't mind onion breath … and don’t mind spending $8 for it. Not worth it, in my book. 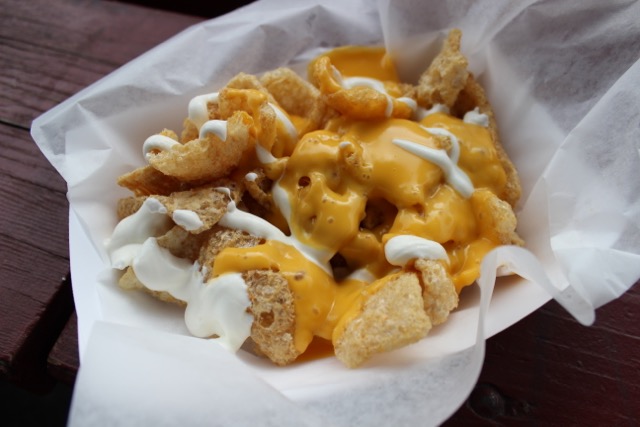 Where to find it: Dynamite Tot Shop, $6

This was one of those dishes that had real potential. The chiccarones were pretty good – crisp and porky, and quite delicious with cheese sauce (even the oh-so-state-fair-y processed type). Unfortunately, they quickly grew soggy underneath a fairly generous portion of nacho cheese and sour cream. The problem would be solved, of course, if they just stopped calling them "nachos" and served the sauce on the side for dipping. Maybe you can ask for them that way if you decide to put them on your list. 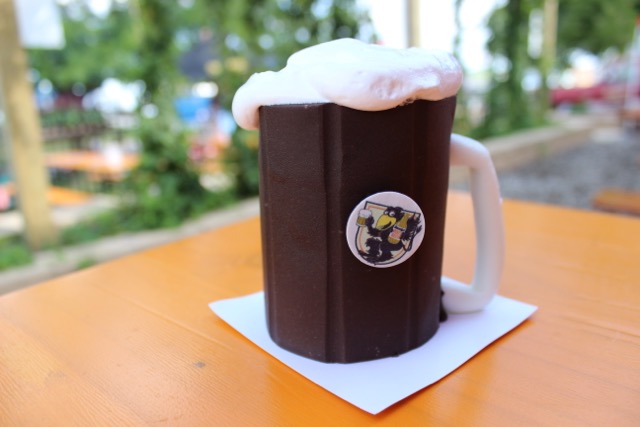 The price point on this one is a little steep. But, the workmanship! A root beer float cake shaped like a root beer float? Big points there. When you dig in, you’ll find a head of sweet meringue with a flavor reminiscent of honey. Dig in further and you’ll find root beer flavored cake and root beer buttercream. And all of that is encased in chocolate ganache that tasted pretty great. The verdict? It was really sweet (maybe too sweet for me; but, then I don’t have the biggest sweet tooth); I would never have been able to eat a whole half. But, it had good root beer flavor. And it was cute, to boot. 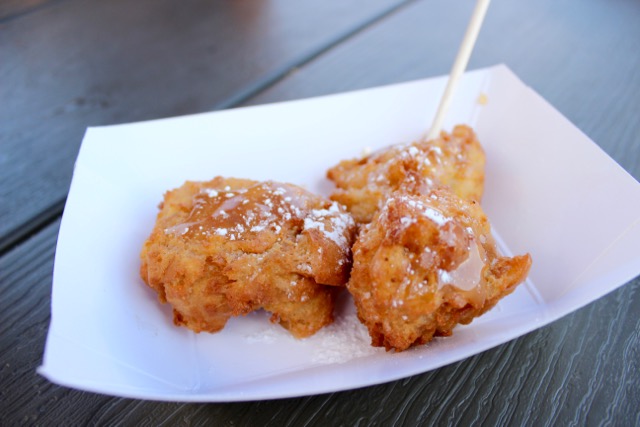 OK, these were delicious. Tender and warm, with a crisp exterior and just enough caramel sauce to enhance their sweetness. My only criticism is that the salted caramel sauce was supposed to be "smoked salted caramel sauce"... and I just didn’t sense much in the way of smoke. Still delicious, especially (and probably only) if you love bread pudding. Use the stick (or a fork) to eat them or your fingers will become monstrously sticky. 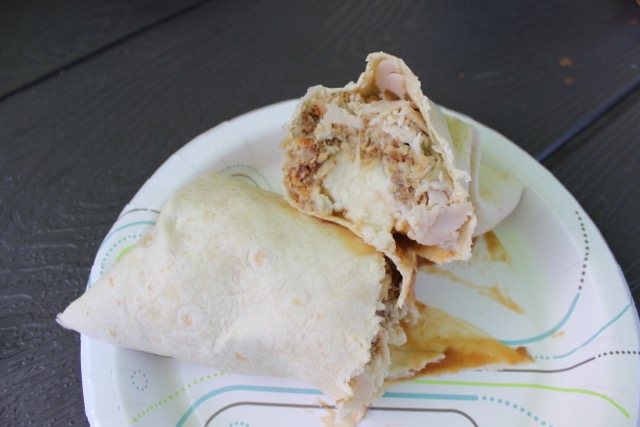 Where to find it: Mexican Grill, $8

What do I say about the Thanksgiving burrito? Well, it’s not fancy (or pretty). It’s a plain old tortilla filled with deli turkey and instant stuffing, probably instant potatoes and a salty turkey gravy that isn’t unlike what you’ll find on most poutine. It’s also pretty messy to eat. But, it was comfort food. And I found myself eating more of it than I expected. One thing that could’ve pushed it over the top? How about some cranberry salsa? 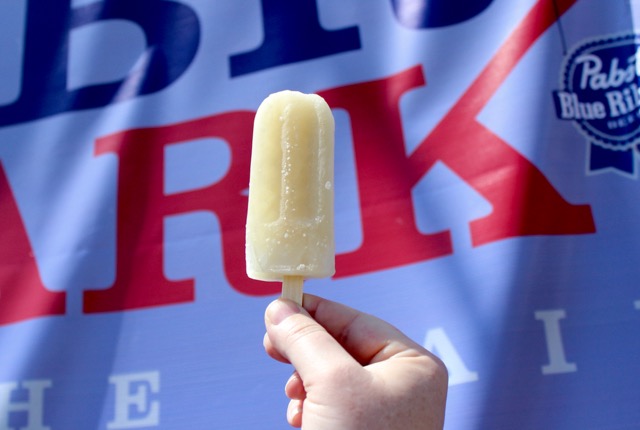 Ah, Pete’s Pops. How do I love thee? You can take PBR and make it into something even cooler and more refreshing. These pops come in two flavors, both of which are good. The citrus shandy (pictured) is a bit sweet and citrusy with a hint of beer in the aftertaste. The Pabst Blue raspberry is way lighter on the beer flavor, but has a really nice raspberry pop (Ha! You see what I did there?). And thank God, it's not actually blue. 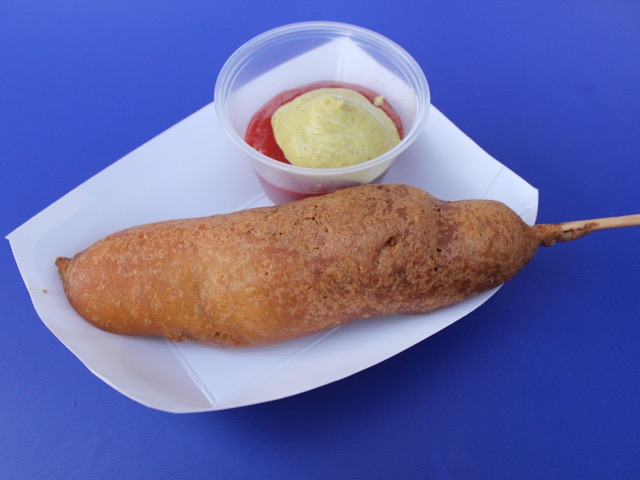 Where to find it: Saz's Bavarian Haus, $5

I’ll admit it. This wins big points with me for being a well-executed classic State Fair food … with a twist. The sweet corn batter is flavorful (better than most). And it’s pretty delicious working your way through all of the different sausages, bite by bite. In fact there’s just one thing wrong with this clever creation. And that is that when you get to a piece of sausage you love (for me, that’s the Italian or Chorizo), you only get one or two bites of it. 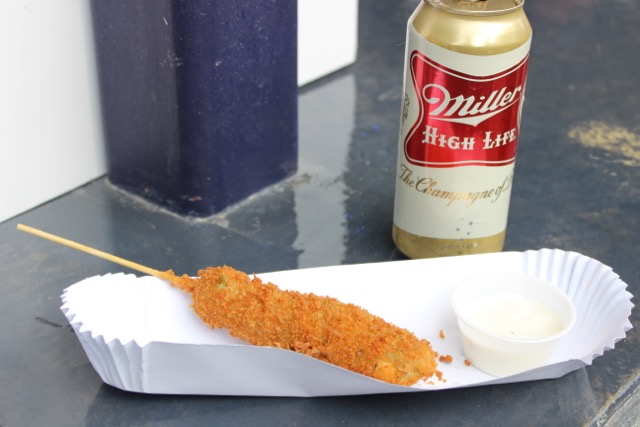 Where to find it: Fried Fruit on a Stick, $7

Oddly enough, this appetizer-y gem won the day for me. Briny green olives are stuffed with cream cheese, skewered, breaded, fried and served with a side of ranch dressing. They had great texture and flavor; I loved the brininess against the creamy warm cheese. They were served on a stick, which made it difficult to share. But, maybe that’s OK. After all, you’ll probably want the whole portion for yourself.