Musician Gary Myers spent a number of years playing in many Milwaukee clubs with his bands The Night Beats, The Darnells and The Cashmeres (Mojo Men, later The Portraits). Fortunately, he also took photographs of the places where he performed.

From September 1962 until September 1966, Milwaukee musician Gary Myers – who now lives in California – spent a number of years playing in many Brew City clubs with his bands The Night Beats, The Darnells and The Cashmeres (Mojo Men, later The Portraits).

You can read about Myers' impressive musical career here. Fortunately, he also took photographs of the places where he performed. 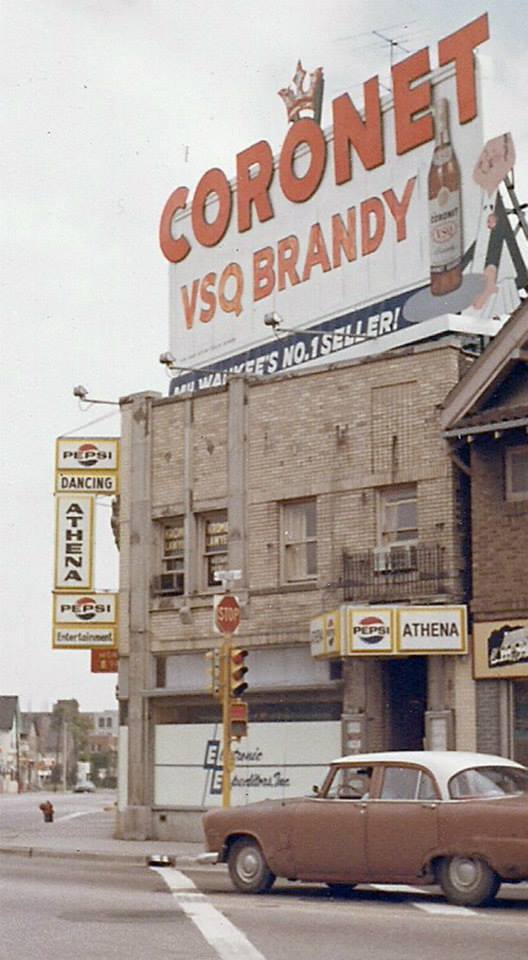 Myers recalls that the Mojo Men played this place at 3507 W. Burleigh St. in April 1965. The house band, he recalls, was Junior and the Classics, fronted by future Fabulous Thunderbirds keyboardist Junior Brantley. In a few months the Mojo Men would relocate to California and later, signing with Mike Curb's Sidewalk label, would change their name to The Portraits. 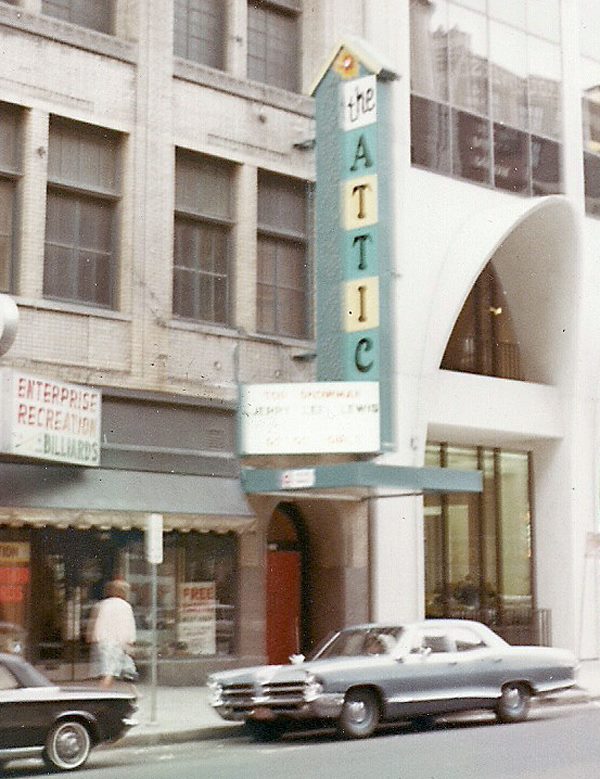 Read more about The Attic, located at 641 N. 2nd St., here. Myers remembers the Mojo Men played there in April '65 and again in September '66, when the band had returned home for a stint from Los Angeles. 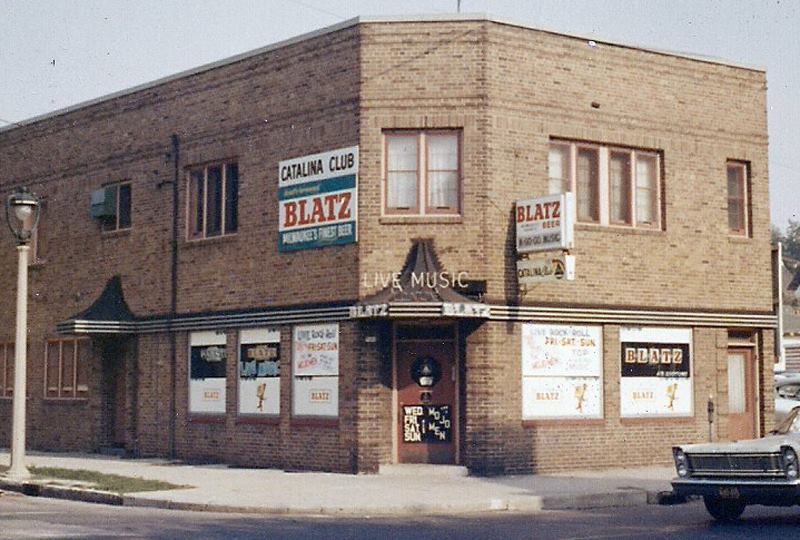 The Catalina Club, 900 S. 16th St. (at Walker), was a block from Monreal's (see below) and, says Myers, "many of the same people came in." The Mojo Men played there from May to August of 1965, just before leaving town. 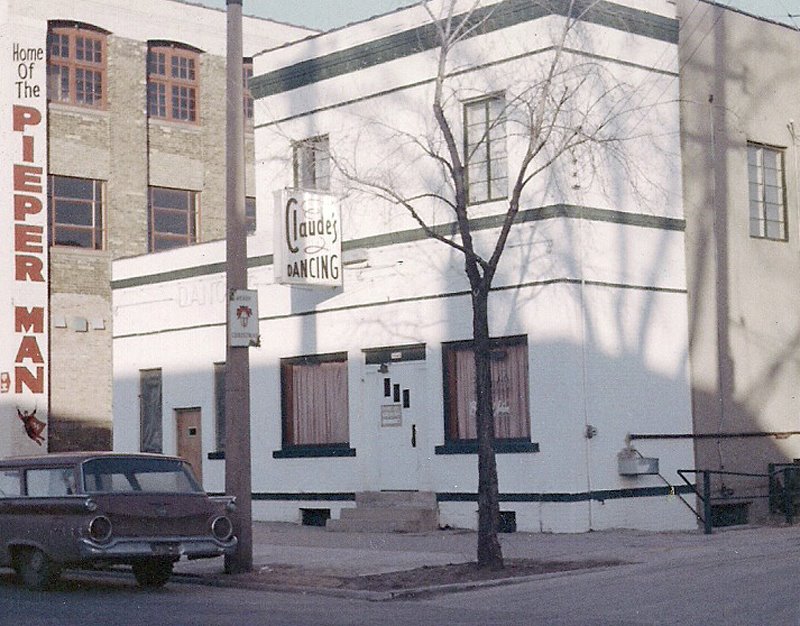 The Mojo Men played at Claude's, 5048 N. 35th St. (at Villard), in December 1964. "The house band was Paul Stefan & the Apollos," says Myers. "Paul later joined our band out in SoCal." Later, it was the Cheetah Club. You can get a peek inside via this video, sent in by Ron Faiola of MilwaukeeRockPosters.com. 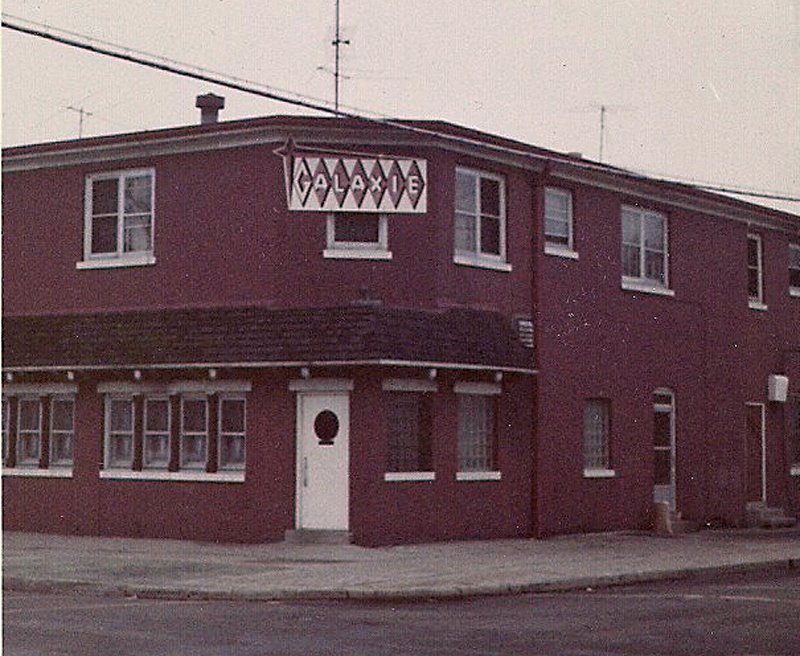 Galaxie, 3876 E. Squire Ave. in Cudahy, goes back a bit earlier. Myers recalls playing there with The Darnells in November 1963. These days the building's gone from red to pink and appears to be a private residence. 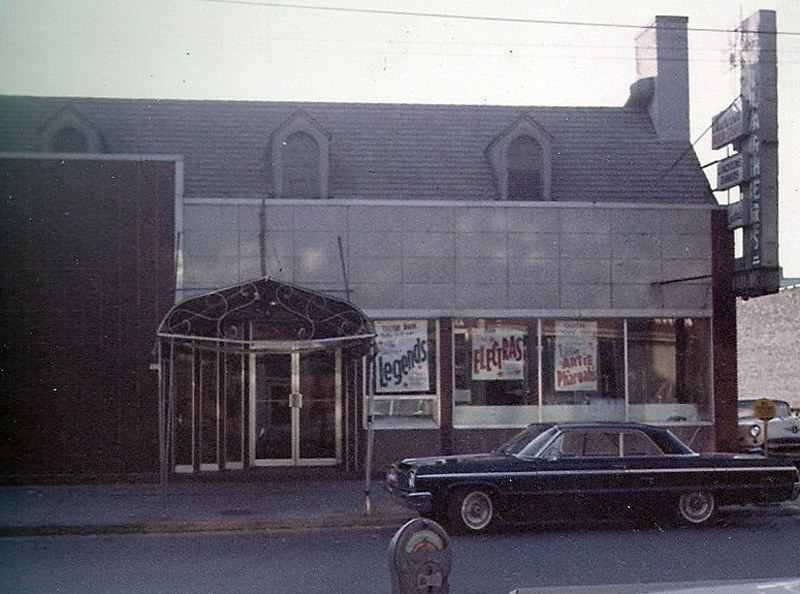 The Cashmeres played in early 1964 at Giuseppe's Wagon Wheel, 5353 N. Port Washington Rd. in Glendale. I can't help but notice Art Richter's Milky Way Drive-In – the inspiration for Arnold's on "Happy Days" – next door. Now the site of Kopp's. 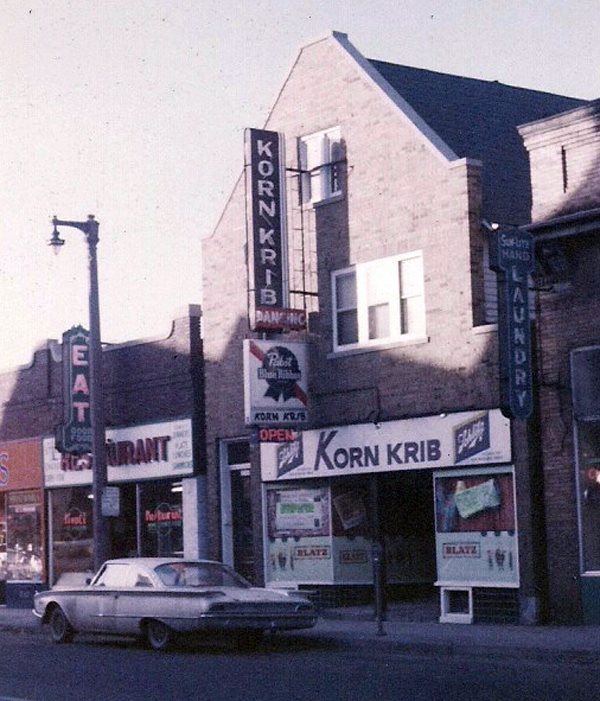 The awesomely named Korn Krib, 3314 W. North Ave., featured country AND western but also dabbled in rock 'n' roll. "Mojo Men might have been their first attempt in that direction, for two weeks in September 1964," says Myers. 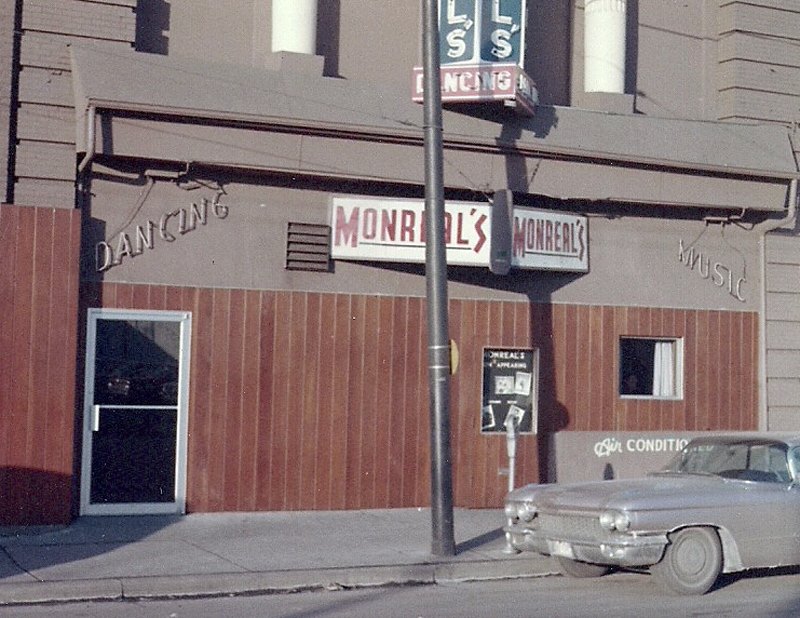 Myers says Monreal's, 1566 W. National Ave., was "one of the hottest spots in town at the time, (and) booked guest stars in the Skyroom on weekends. Over the course of my various Monreal’s gigs I backed Del Shannon, Gene Pitney, Dick & DeeDee, Tommy Roe, Johnny Tillotson and Chuck Berry. The Darnells played a few nights there in December 1963 and then I played a weekend with Terry Gale in January '64, alternating sets with Jerry Lee Lewis. I then joined the Cashmeres and we were there from Jan. 27, 1964 to Sept. 12, 1964. We changed our name to the Mojo Men in April 1964." 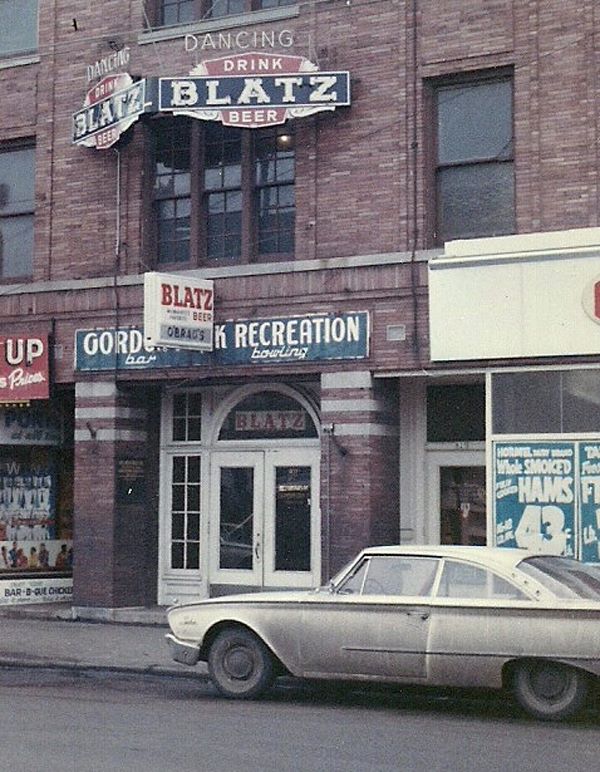 Read more about O'Brad's, 827 E. Locust St., here. "Mojo Men played a one-nighter in October 1964 and then back for a steady gig from December '64 to February '65. Back again for two nights in April 1965 and then again in September 1966 during our visit back to Milwaukee after being in SoCal," Myers recalls. 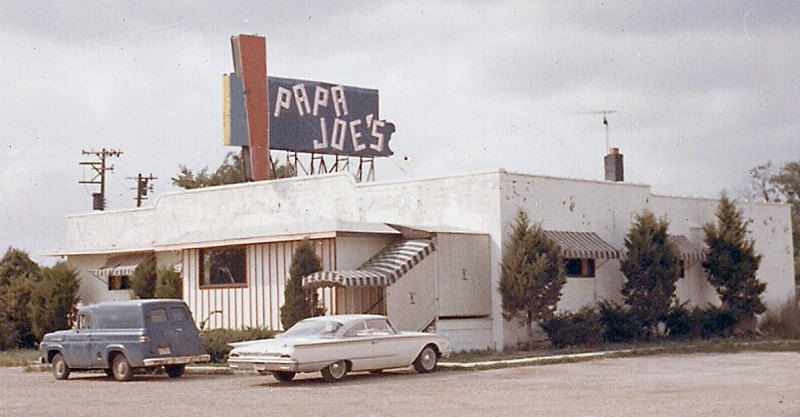 The Skunks were the house band at Papa Joe's, 16600 W. Bluemound Rd. in Brookfield, just east of where Marty's Pizza is located. Myers remembers playing there in late 1964. 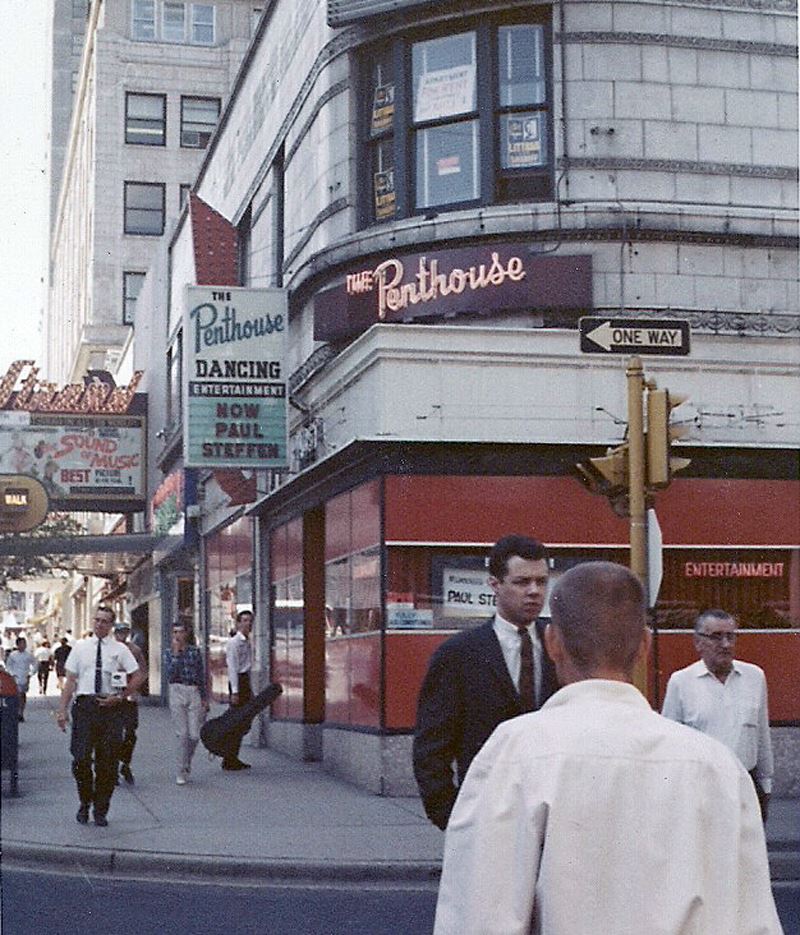 Read more about The Penthouse, 502 W. Wisconsin Ave., here. This was a later and larger incarnation of the Milwaukee Spa (see below). Myers says the Mojo Men played there in 1966 during the band's summer back in Milwaukee. Later, the spot became the Voom Voom Room strip club. 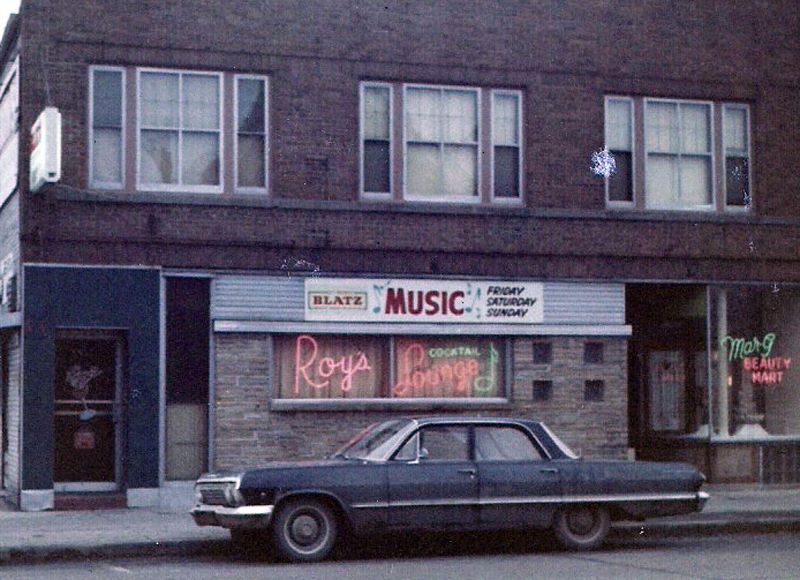 Unusually, the stage was behind the bar at Roy's Lounge, 4905 S. Packard Ave. "The place was so small that we had put amps on the liquor shelves next to the stage for our Darnells one-nighter," Myers recalls, making me think of setting up my drums atop the bar and leaning back against a wall of liquor bottles for gigs at Hooligan's in the 1980s and '90s.

Apparently, though, this wasn't unique back then. "In the early '60s there were many clubs with the stage behind the bar," Myers says. "I guess that may have begun in the '50s ... they called them show bars. The stage at the Spa was also behind the bar. Even as late as '69 our group played a large show bar in Orlando." 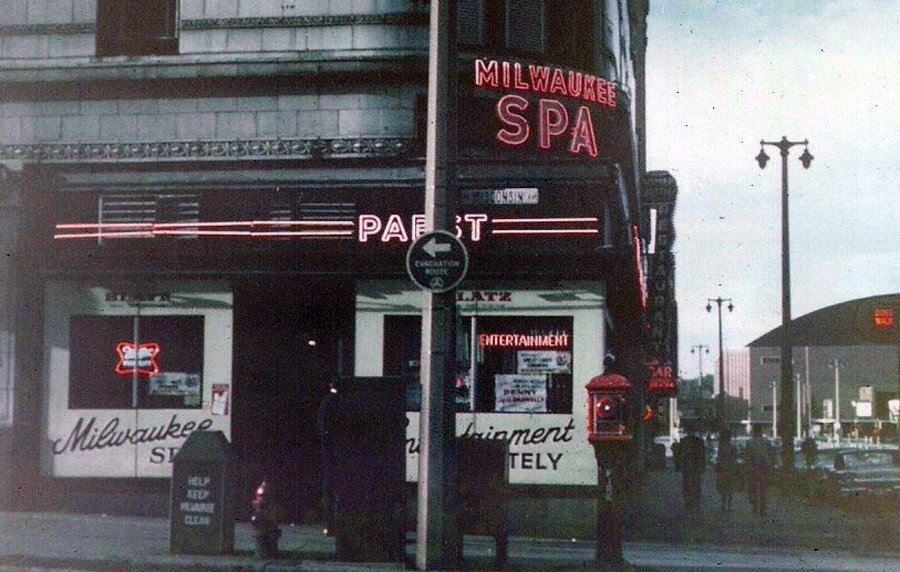 Read more about The Spa, 502 W. Wisconsin Ave., here. "I first played there with the Night Beats in September 1962," Myers says. "That was a Florida band that was booking through Milwaukee’s ACA (no connection to El Rey & the Night Beats) and it brought me back to my hometown after completing my high school yrs in Florida. I was still underage for clubs. I played there again with The Cashmeres on Feb. 9, 1964, the night the Beatles were on (the Ed) Sullivan (Show). We watched on the club’s big screen TV."