Benjamin Booker shines as an underrated artist at Summerfest

When Benjamin Booker walked onto the stage with his floral button-up and jeans, he just looked like any chill guy ready to hang out at Summerfest. But then, he opened his mouth and belted out his first notes, and you know then and there that he stands out as a superstar.

When Benjamin Booker walked onto the Johnson Controls World Sound Stage with his floral button-up and jeans, he looked like any chill guy ready to hang out at Summerfest. But then he opened his mouth and belted out his first note, and you knew – then and there – that he stood out as a potential superstar.

Booker has been playing music his whole life. From an early age, he went to a magnet school for performing arts. Then he attended the University of Florida in the hopes of pursuing music journalism, but instead he ended up working for a non-profit and performing at spots in New Orleans. In 2012, he released his first EP.

Music consumed his life, so it didn’t take long for him to break out in the music world from there. After years of experience, he released an album, performed on late night shows and went on tours. And this year, Summerfest was lucky enough to be one of his stops. 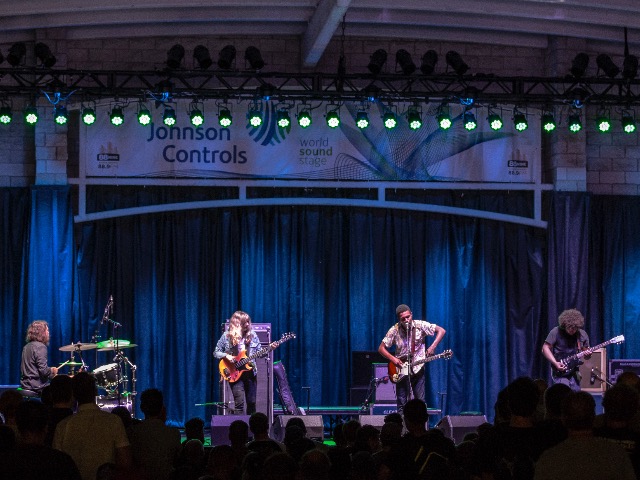 With the fireworks and other huge headliners on the Tuesday marquee, the Johnson Controls World Sound Stage crowd was on the lighter side. But that didn’t stop Booker from performing like he was at the amphitheater.

He didn’t have much going on beyond his music, using a simple set and lights. But none of that mattered because his voice was so intoxicating, reeling you in with its rasp and soulfulness.

When he sang, he closed his eyes and really seemed to feel the music. Every ounce of his body moved to every beat he played. As he strummed on the guitar, you would see his legs twist, his body roll and his head shake. Sometimes his music would make him groove so much that he would just melt into the floor. Fans could see he loves and cares about his music, which made them feel the same way. You could just tell he was there to get lost in his music.

He smoothly and seamlessly transitioned the audience through his body of work, grooving on his guitar to songs like "Believe," "Slow Drag Under," "Chippewa" and "Witness." As he thrashed on the guitar and belted out the notes, people would walk by and be enthralled by his sound so much they'd end up sticking around.

As he went through his set, the audience kept growing because people just couldn’t resist. He has a raspy voice like a jazz or blues musician, but rocks out on the guitar like he’s in a garage band. It's hard to say exactly what genre his is, but whatever it was, people were loving it. 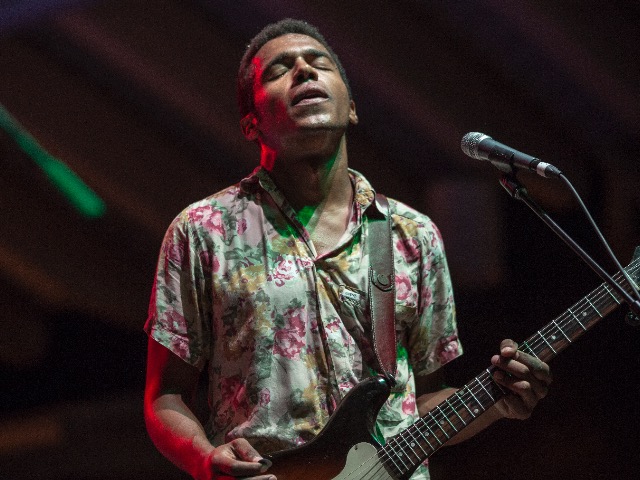 As soon as he finished "Violent Shiver," he took notice of his audience and saw two women dancing with hula hoops and loved it so much he brought them on stage for the rest of his set. At another point, he saw people dancing and enjoying themselves, so he said he's winging the set list and asked if people wanted slow or fast songs.

They said fast, so he dove into "Right On You." During it, he went into the audience to grab some fans and bring them on stage to dance alongside of him. It was evident he wanted people to feel his music like he does when he performs. He wants his music to speak to people and would give them the opportunity to help shape the performance, which I think gives his show a whole new experience for the audience.

He closed the set with a deep, powerful tune, "Slow Coming." He asked the audience to quiet down, so we could all take in the lyrics that express his frustration with how slow our world is progressing with human rights issues. Once he hit the last note, he thanked the audience and headed off stage.

The crowd shrunk a significant amount, but people still stuck around cheering and hoping for one more song. He didn’t disappoint, coming out to do one more song as his encore. "I’m winging this one," he said, before finishing the show with "Carry."

Benjamin Booker added a unique sound and show to the Summerfest lineup especially on a night where EDM, country and alternative music were heavy. I hope he makes a return to Milwaukee soon – and that more people are there to experience this underrated artist and his one-of-a-kind sound.