After a long 11 days of Summerfest fun - plus the occasional sadness of rain, show cancellations and more - hearing Jason Mraz at the BMO Harris Pavilion last night ended the festival on a happy note.

After a long 11 days of Summerfest fun – plus the occasional sadness of rain, show cancellations and more – hearing Jason Mraz at the BMO Harris Pavilion last night ended the festival on a happy note. The breeze coming through the pavilion created the perfect summer night for his chill, relaxing singer-songwriter tunes.

For several acts prior, the pavilion was pretty empty, but when the hour before Mraz's set hit, there were only a few spare seats left. The "I'm Yours" singer rounded up a crowd of people ranging from young children to older fans, filling out even past the arena and spilling out on the festival grounds. It didn’t matter what age people were; they were soaking in the tunes and happiness that Mraz radiates. His messages of love, peace and happiness can appeal to all ages – and you could see in the audience they all felt that through the songs' lyrics.

Although it feels like we haven’t heard much from him since his massive hits and his last album, "YES," in 2014, he wasn’t quite off the grid. Instead, he actually was making his Broadway premiere with "Waitress," playing the role of Dr. Pomatter. And just as last year wrapped up, he ended his studio hiatus and got back on the scene with his release of his new album "Know." this past summer. In fact, he opened the night with a track from that album, "Let’s See What the Night Can Do."

Mraz got his start in the San Diego coffee shop scene 20 years ago, which he reflected upon on stage Sunday night. Now he is working the stage like an old pro, hitting every part of the stage, knowing how to get the crowd up on their feet and, of course, having a handle on how to impress the audience with his flawless vocals.

Since his start, the best part of Jason Mraz is the simplicity of his set. He didn’t need fancy lights, crazy theatrics or tons of tricks to impress us. All we needed was the Lake Michigan views, the subtle red and blue lighting, the sound of his soulful voice and the strumming of his acoustic guitar. The only thing he was missing was the signature fedora hat; instead he worked a self-branded "YAY" trucker hat to pair well with his denim shirt and shorts. And this works for him; fans just like to take in his voice and fill their ears with the sounds he creates. He’s truly a natural talent with his clear-cut vocals.

He said, "I do my best to sing out of tune at some points" to prove to all of us he and his crew really sing and play, although it didn’t feel like he messed up a note Sunday night. He continued on by saying they don’t need produced tracks; they can do it all on their own – and I do think that was special for Summerfest to see nowadays especially with all the EDM, pop and more. He shared with us that music is his first love and that before he could write words, he would just make sounds, so we also got to enjoy freestyle scat from him and his fellow bandmates throughout the set. He even let us give it a try by having us repeat after him.

When the audience saw him and his band step out on stage, they couldn’t help but smile and cheer as he looked around and said, "This is nice. Thanks for coming." Throughout the night, he consistently shared how grateful he was to be there and to play music for us, saying, "You could have been anywhere in the world, but you chose to be here." It’s always nice to have this sentiment; he actually wanted to be there, and he was enjoying playing for us. He was taking in the experience like the rest of the crowd. 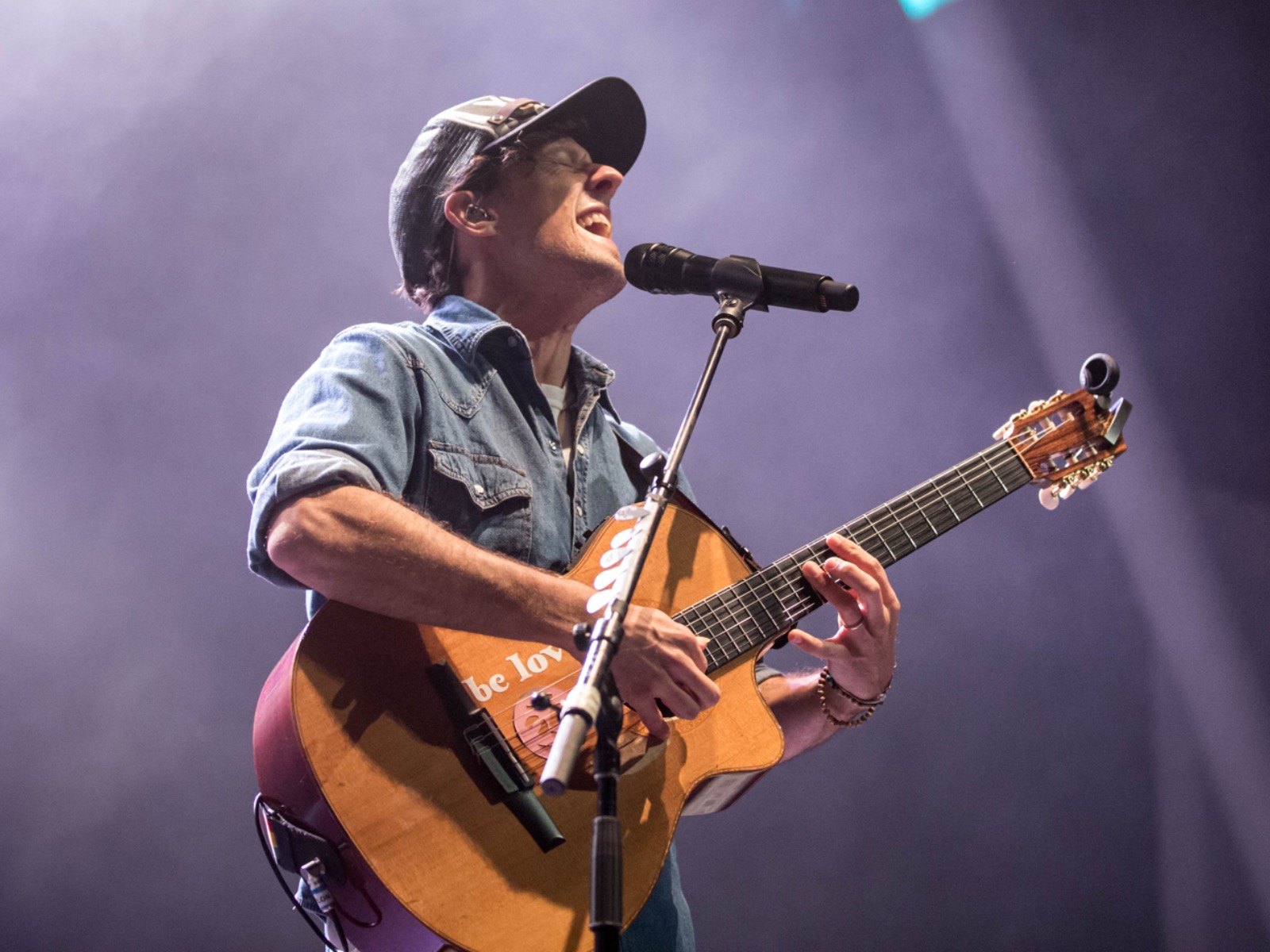 After opening the night, he broke out, "The Remedy (I Won’t Worry)," the song that kicked off his fame – except you would never tell this is a guy that has sold over a million records. He is still as humble as can be, and he just loves to play music. He has always just been who he is, and he hasn’t tried to change his sound over the years to conform to what everyone else is doing. And you could tell that as he worked through his discography and played tunes like his classic "You and I Both" to his newer songs like "Unlonely."

Although his singer-songwriter tunes could have gotten monotonous, he didn’t allow it by making sure everyone was involved by doing callback of lyrics, taking deep breaths together as well as teaching people how to dance with a classic two-step movement. The audience really turned up the energy with their movement and singing when he busted out two of his massive hits, "I’m Yours" and "I Won’t Give Up." The audience swayed and embraced their loved ones as they felt the passionate emotion these songs hold.

His personality really shone through the whole set. He showed his goofy side by tricking us with the tease of Colbie Calliat coming out for "Lucky" – even though she wasn’t on the premises – and that he was hoping we could feel the essence from Snoop Dogg’s show. But he also shared messages of love and happiness. As he closed the set, he told us to appreciate every breath we take, take in nature around us like the moon and live our lives to the fullest, which was very on brand for him and his music.

He had a band of five that accompanied him, but who really stood out was his kick-ass electric guitarist Dr. Molly Miller. She got several screams of applause and praise from the audience as her fast fingers strummed out melodic, rockin’ notes. She blew people away with what she could create with her fingers. It was a very cool element to his set since we don’t exactly have a rocker chick on guitar come to mind when thinking of his music.

He ended the set with his breakout tune "Have It All" from his last album, then he and his crew came together bowed to indicate no encore was coming our way. Instead, they wrapped it up by dancing around the stage to The Four Tops' "I Can’t Help Myself (Sugar Pie, Honey Bunch)" and said hello to fans. They all did one final wave goodbye then headed off stage.

People left with their hearts full and their souls happy. Jason Mraz gave people a positive note to end Summerfest 2019 on, and the people were glad they spent their last day at the festival with him.