Milwaukee’s official flag was adopted in 1955, and since then, has received a fair share of criticism, including as being identified as one of "the worst designed flags in the entire nation" by flag expert / vexillologist Roman Mars during a TedTalks.

In light of these facts and accusations, there is a contest currently underway asking for submissions from people to design "The People’s Flag of Milwaukee."

Coincidentally, Fred Gillich also designed a Milwaukee banner and is selling it through his business, Too Much Metal, located on the Third Floor of the Marshall Building, 207 E. Buffalo St.

The clean design features the city’s area code "414" which for Gillich also loosely serves as a play on the words "one for all and all for one." 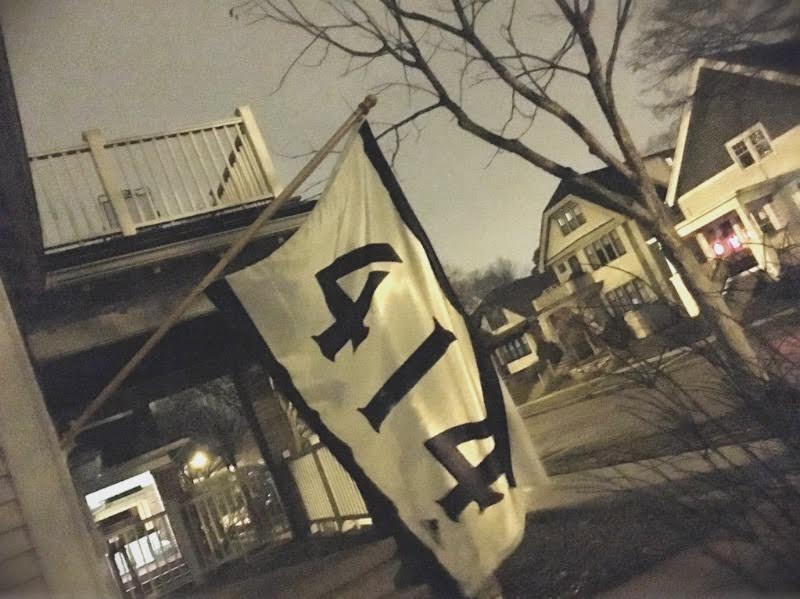 "Using the classic Milwaukee house address tile font, we've repurposed the 414 into a proud flag," says Gillich. "I’d love to see this as the unofficial-official flag of Milwaukee."

The flags, which are 3-feet-by-5-feet, were created locally at the Milwaukee Flag Center. They are hand sewn and have two grommets for easy hanging.

"They’re ready to be clipped to anything, including the back of your Harley," says Gillich.

To promote the Brew City banner, Gillich released a video, created by Ken Kornacki. The background music is a new song by local musician Mario Lanza. The full version of the song, complete with lyrics, will be released on April 14, which is 414 Day in Milwaukee.