If your version of heaven includes a great pastrami sandwich, you're going to want to set aside some quality time to check out 50 Fifty Delicatessen, a pop-up concept that takes inspiration from the quintessential Jewish deli.

If your version of heaven includes a great pastrami sandwich, you’re going to want to set aside some quality time to check out 50 Fifty Delicatessen, a pop-up concept that takes inspiration from the quintessential Jewish deli.

Talk to just about any Milwaukee chef about where they find inspiration for new menus, specials and and they’ll mention flavor memories, some of which stem from childhood and others from research and development trips around the nation and beyond.

Among favorite chef stops is New York City, a destination long revered for its dining scene, which is largely shaped by a diverse immigrant population. Unsurprisingly, it’s a favorite stop for the sandwich-loving crew from Merriment Social and Third Coast Provisions.

"When we go to New York," says Samuel Emery, co-owner of Merriment Social and Third Coast Provisions. "The first place we head is Katz’s Delicatessen and then to Russ & Daughters."

"One of the things that sets both places apart is that they’re making things in house, from their bagels to their cured meats and smoked fish," adds chef-owner Andrew Miller. "And they do it well. So we took inspiration from ingredients and flavor profiles and really put our own twist on things." 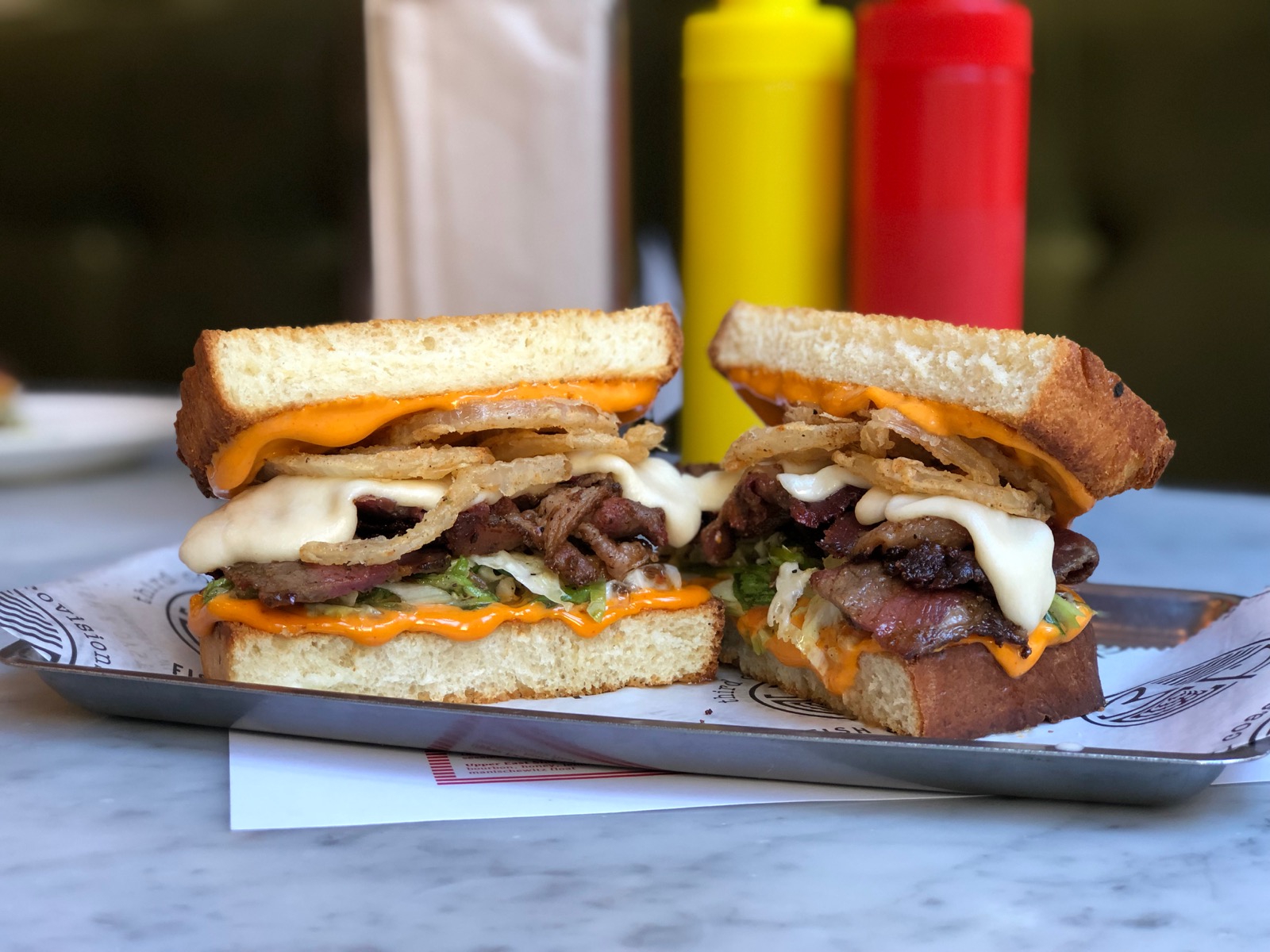 "This is a recreation of one of the sandwiches we did for sandwich night at Merriment Social," says Miller. "It was a crowd favorite, and it’s really f-ing delicious. It might be one of my favorite sandwiches of all time."

To cut through all that richness, order up a Pickle Martini to go alongside. This tasty martini is dirtied up with pickle brine, rather than olive, and can be made with either Plymouth gin or Wheatley vodka. 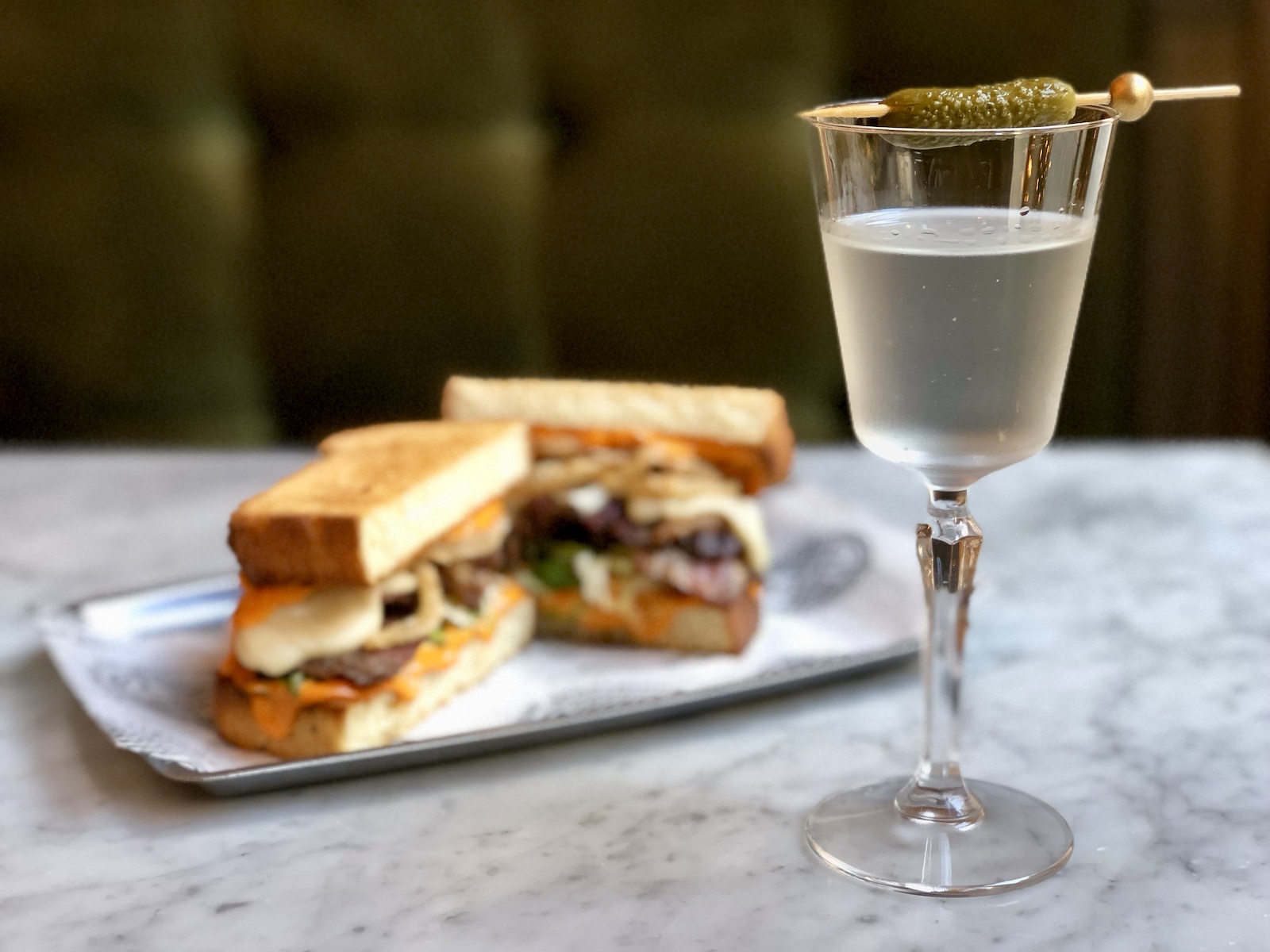 Of course, if it’s corned beef you’re after, you can have that too. The house Reuben features handmade pickle juice rye bread packed with house-corned beef, sauerkraut, Gruyere and Russian dressing ($14).

"Putting pickle juice in rye bread isn’t all that unusual," notes Miller. "But usually, recipes call for a tablespoon or two. In ours, we substituted pickle juice for all the liquid in the bread recipe. So it really stands out." 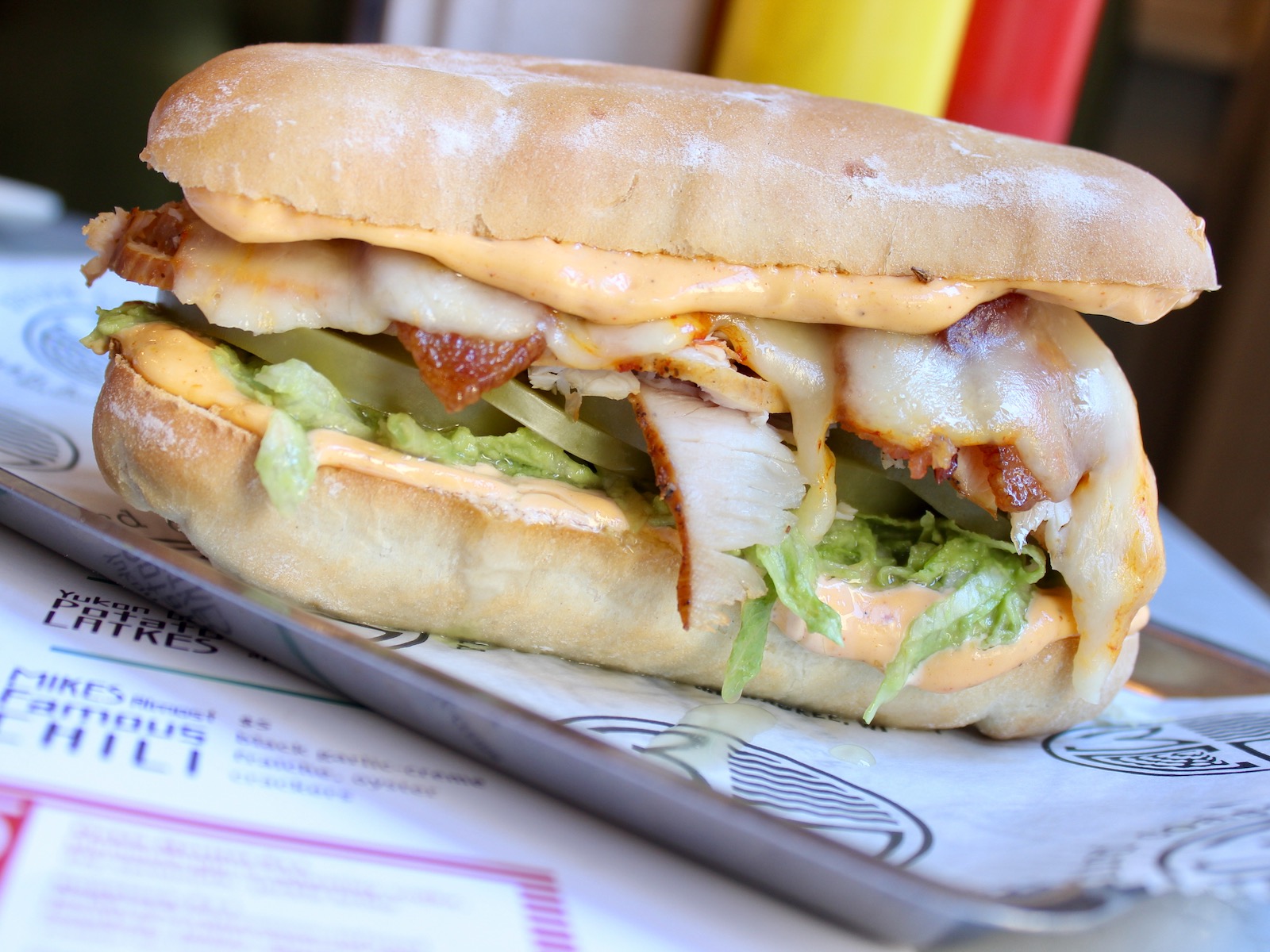 Pair it up with the Upper East Side Sour, a take on the New York Sour featuring bourbon, honey and lemon with a Jewish deli-inspired twist: a Manischewitz wine float. 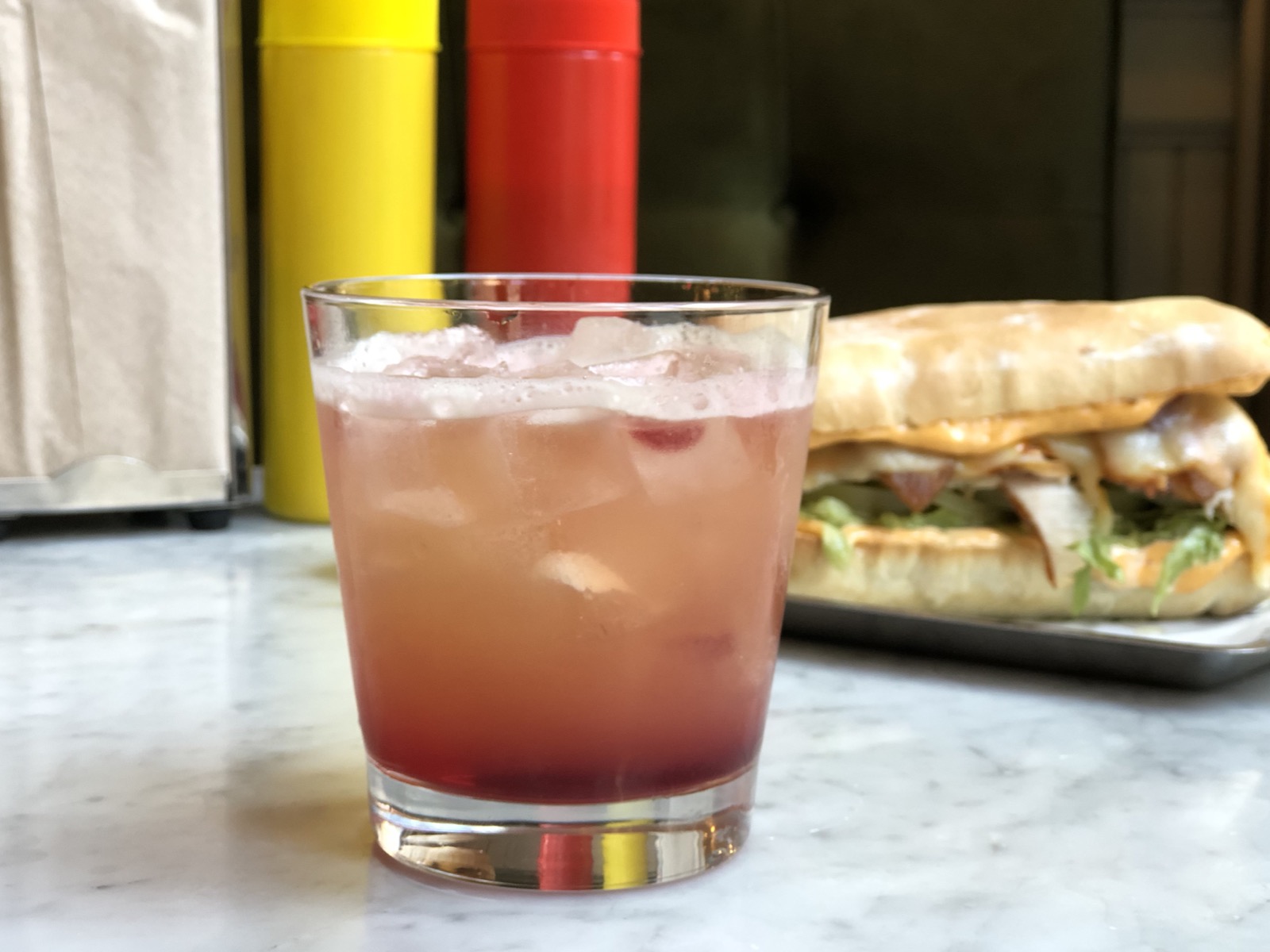 All sandwiches come complete with an order of handcut steak fries, which are triple blanched, fried and dusted with a blend of "secret" spices and chicken salt (a mix of salt and chicken bouillion). If you love thick, crisp fries with a crisp exterior and a fluffy center, these are right in your wheelhouse. They’re served with thousand island dressing for dipping. You can also order them as a side for $4. 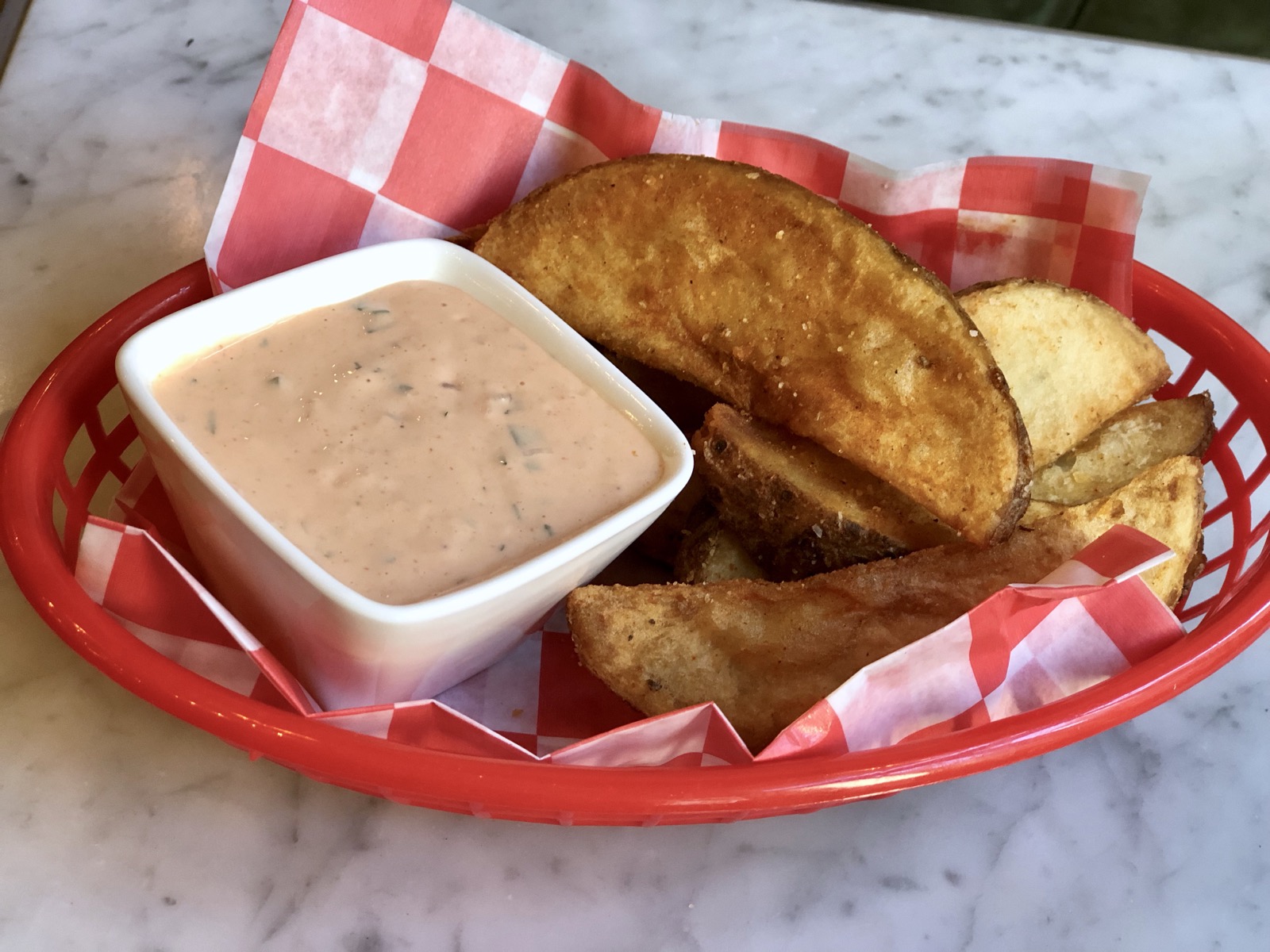 Oh – and back to those sandwiches – I also have it on good authority that there’s a special secret off-menu sandwich featuring both pastrami and corned beef. Just ask for the "50 Fifty."

Lox more where that came from

Prefer something smaller than a full sandwich? There are also deli sliders including chicken salad with scallions; egg salad ($3); or smoked whitefish salad with chives ($4). Each are served on housemade milk bread (it’s the same deliciously tender, slightly sweet dough used for Third Coast Provisions’ lobster rolls and a smaller version of the burger buns at Merriment Social). For the ultimate experience, you can even wash ‘em down with a Dr. Brown's Cream Soda. 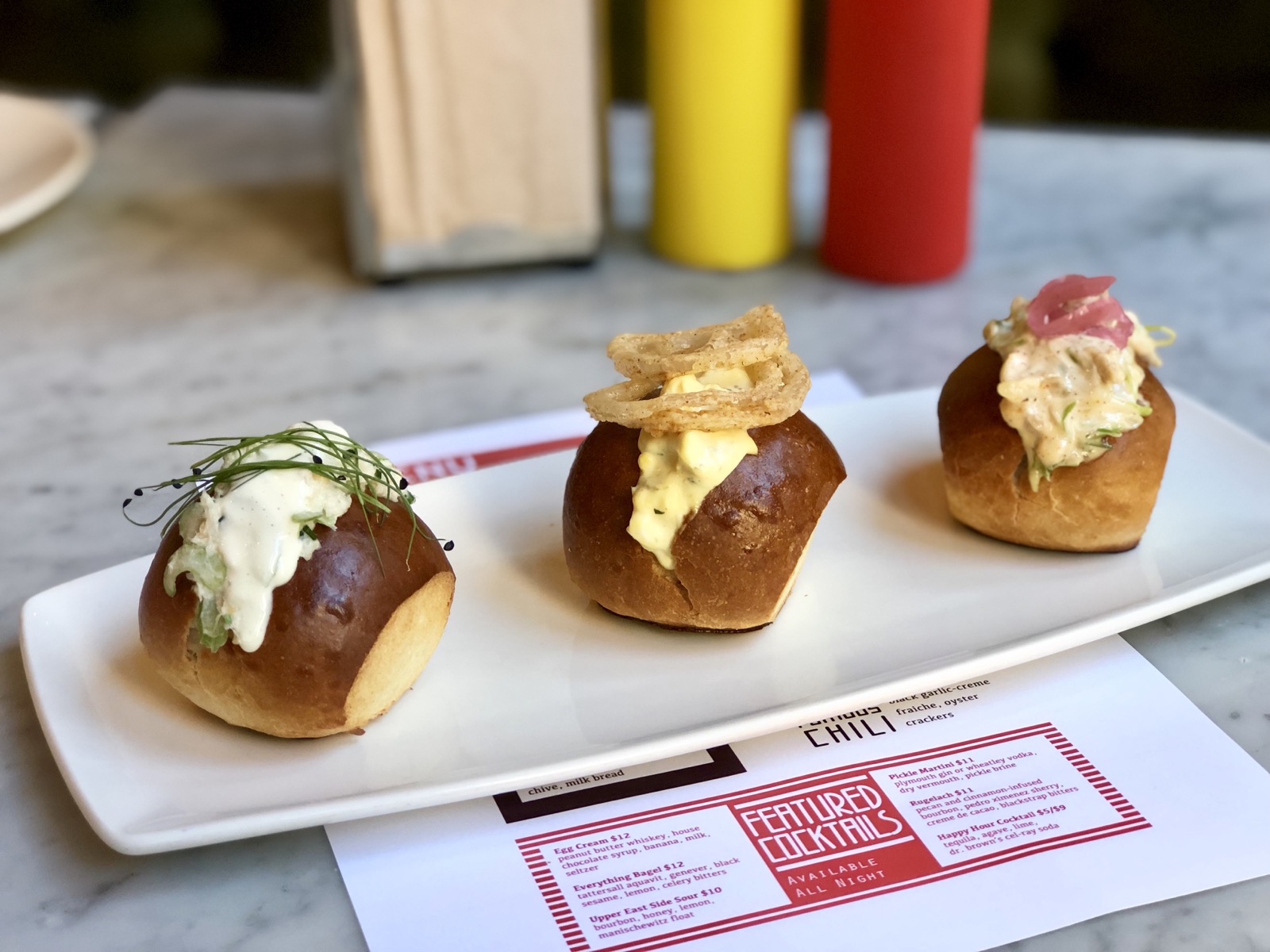 While traditional delis often feature bagel dogs, 50 Fifty brings a nostalgic Midwestern spin to the table with Pigs in a Blanket, housemade smoked kielbasa wrapped in perfectly flakey housemade croissant and served up with housemade ketchup and mustard ($8). 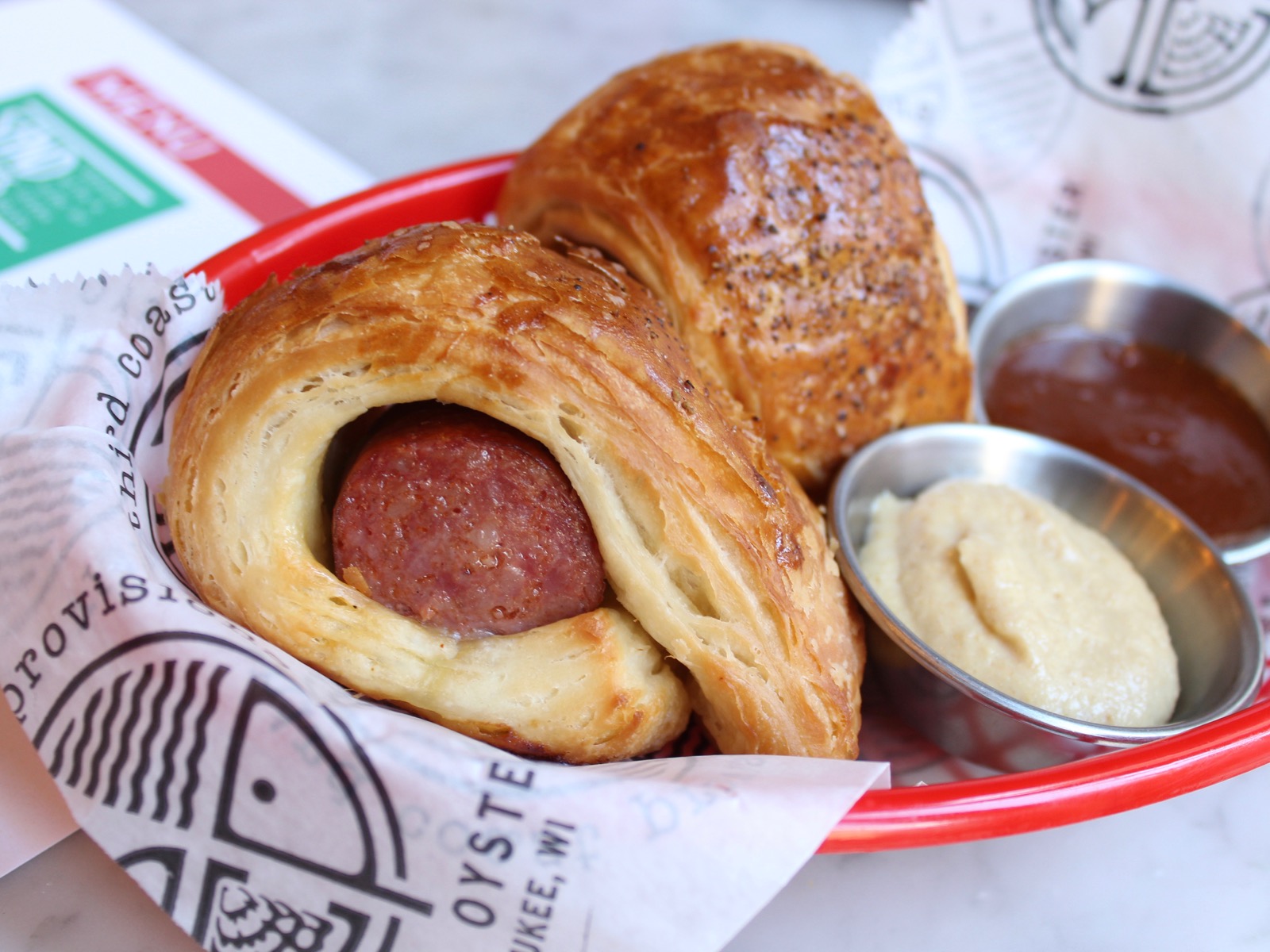 The mustard is straight-up deli style, but the ketchup veers just a bit. Miller notes that it’s made more in the Chinese style using Heirloom tomatoes from Centgraf Farms. "It’s slightly thinner and not quite as sweet, with a ton of umami flavor," he says.

Cut the saltiness of the sausage with an infinitely crushable, refreshing Happy Hour Cocktail, a tequila based tipple that’s finished with a New York deli staple, Cel-Ray soda. 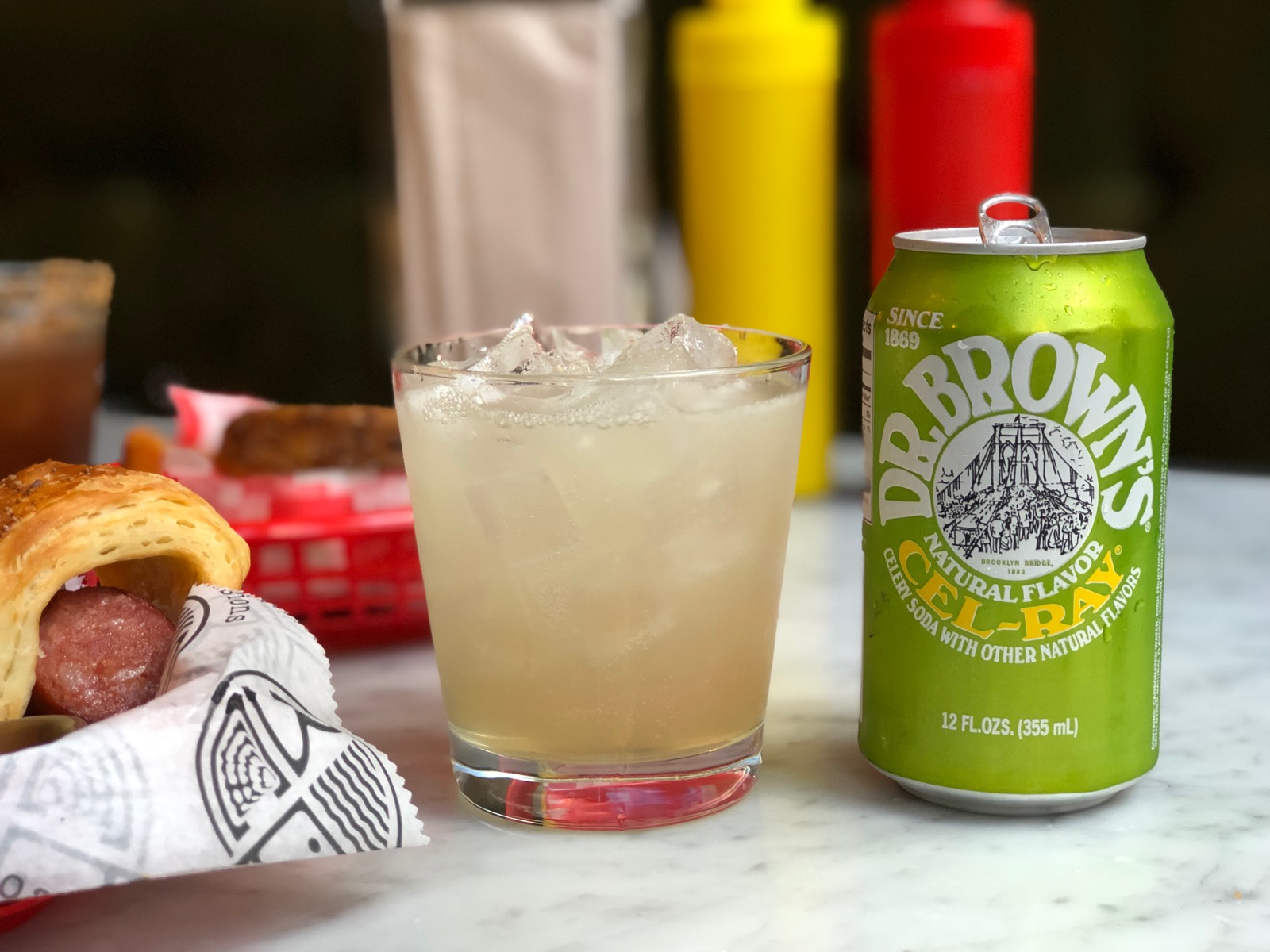 If you’ve gotten this far, you’ve come to the dish that I think is a must-try: the bagel and lox … because I’m not lying when I say that the 50 Fifty rendition might be the best I’ve ever had. 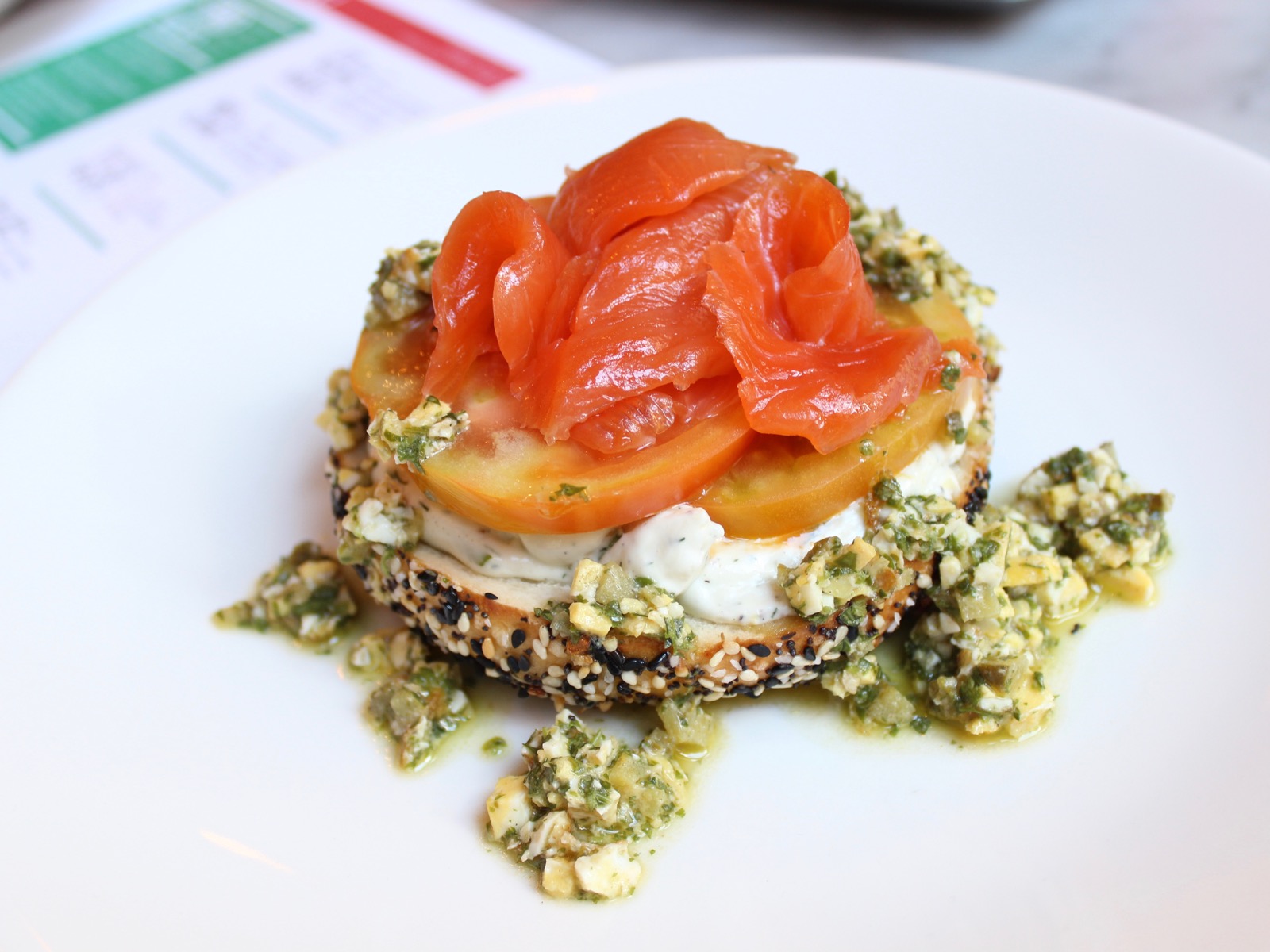 It starts with a near-perfect toothy "Everything" bagel half (made in house, of course) topped with a scallion cream cheese schmear, tomato and sauce gribiche along with tender, fresh-tasting house-cured salmon ($11)

"Whenever I get a lox plate or a bagel with lox, the only thing with any real acidity is the addition of tomato or red onion," says Miller. "A gribiche is one of my favorite French sauces, and here we use it as a vinaigrette to really balance out the flavors."

And trust me when I say it’s the perfect pairing for the Everything Bagel cocktail, a refreshing take on the Tom Collins. 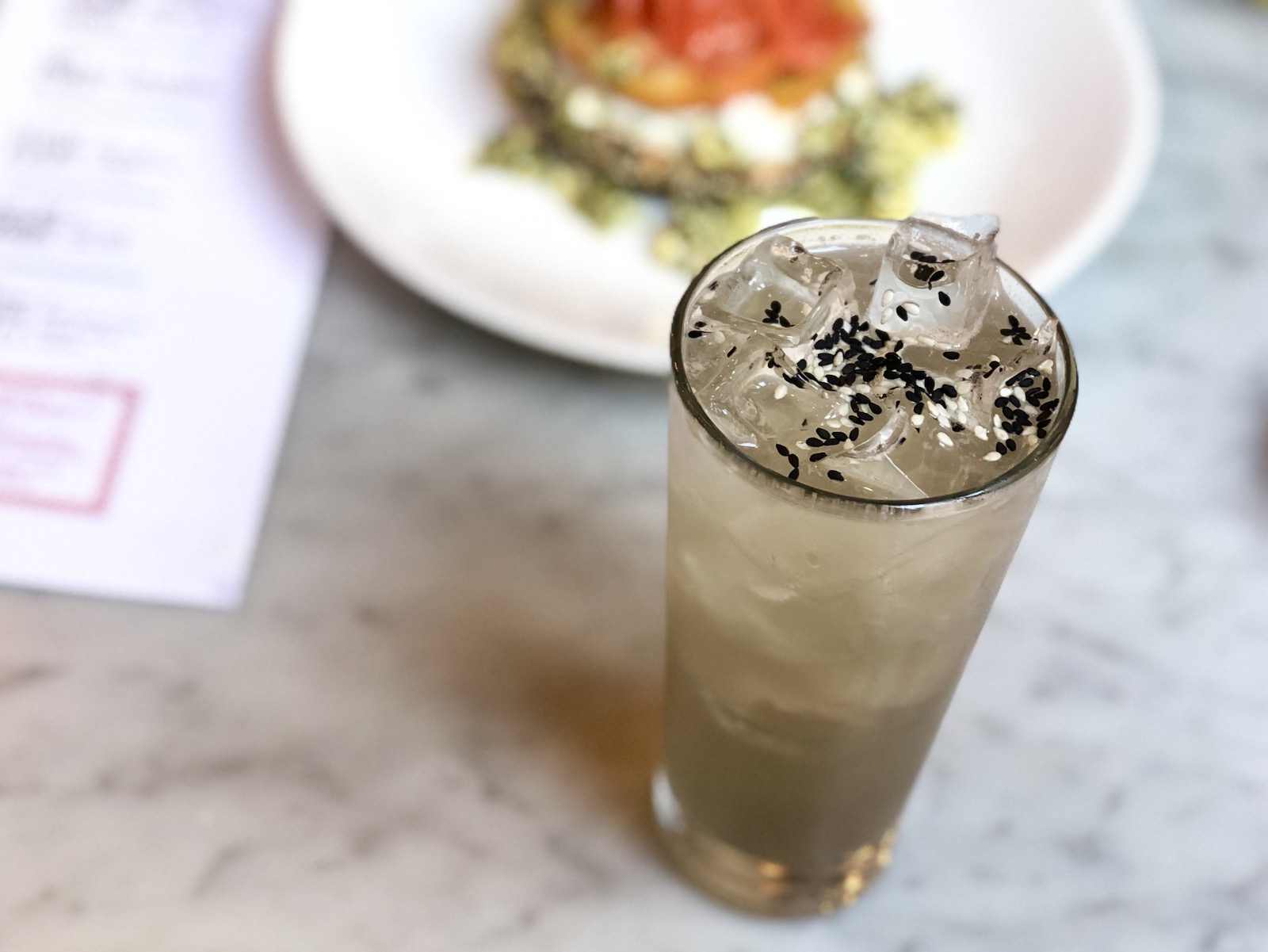 "It kind of mimics the flavors of an everything bagel," says beverage director Joe Lowery, "With the Genever bringing a malty/bready flavor, the aquavit bringing plenty of caraway, and the sesame – which has a tiny bit of salt in the syrup to pump up savory notes – and celery bitters pitching in."

No self-respecting Jewish deli gets away without serving housemade latkes, and 50 Fifty is no exception. Their mini cakes are made with shredded Yukon Gold potatoes and accompanied by with sour cream and a spectacular smoked applesauce ($5). And truly … petite as they are, they put most of the potato pancakes served at area fish fries to shame. 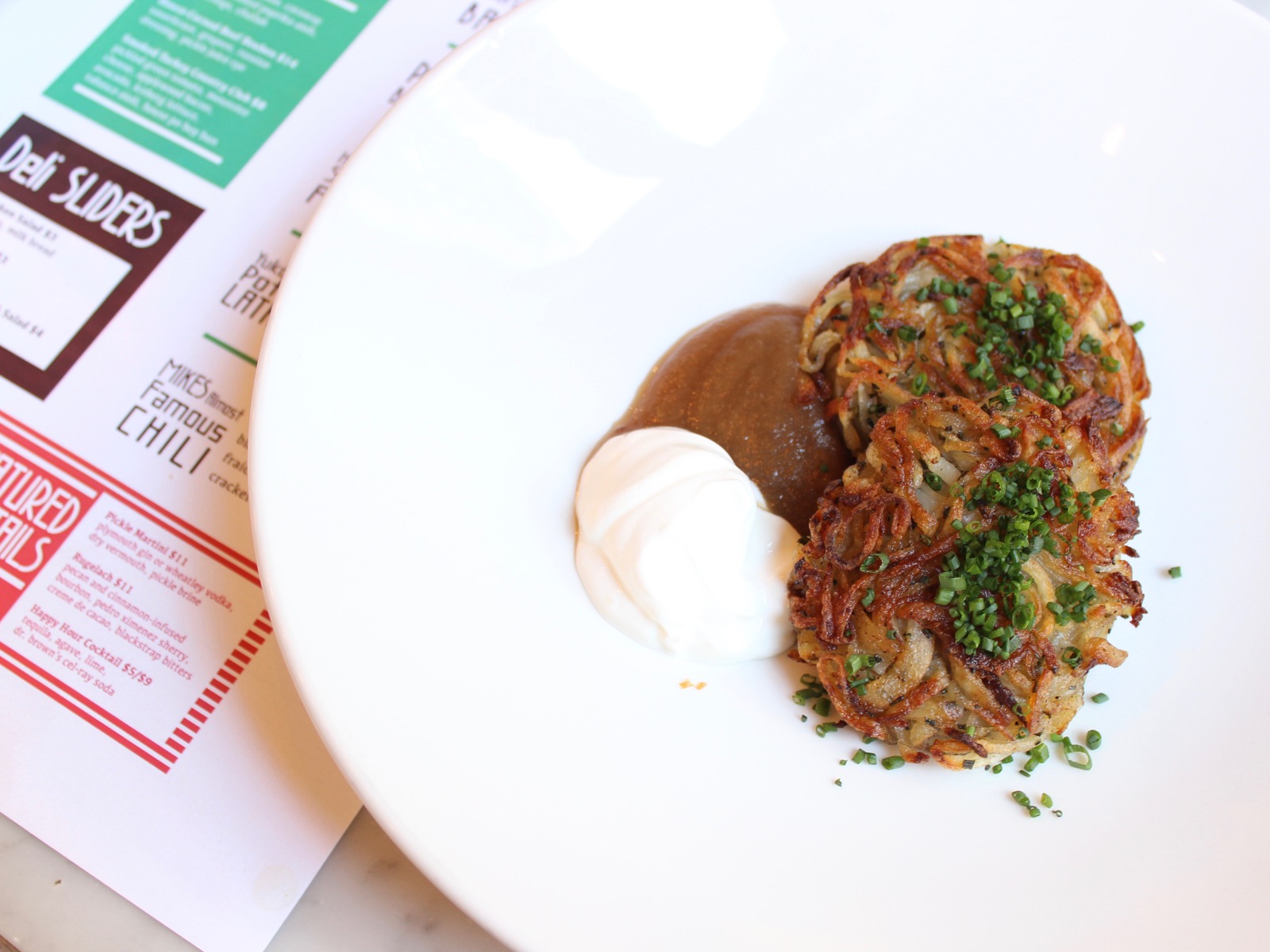 And, while you won’t find matzo ball soup, you can enjoy Mike’s (almost) famous chili, garnished with a dollop of black garlic creme fraiche and oyster crackers ($5). 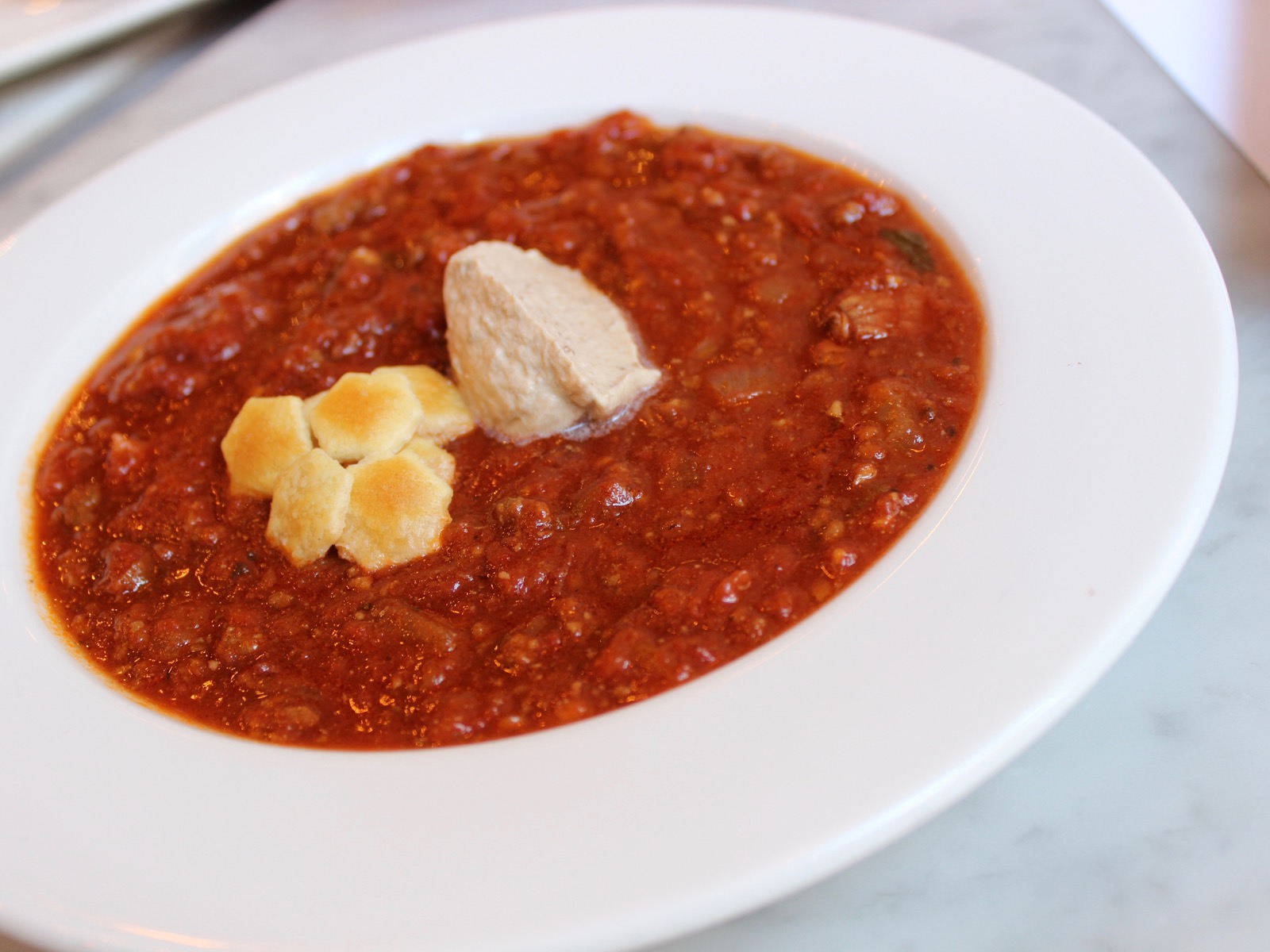 "Chef de cuisine Mike Meinzer entered this chili into the Rockabilly Chili contest this past year," says Miller. "He’s convinced that the only reason why we didn’t get first place is because our table was on the mezzanine at the Kern Center. He swears we’ll win next year if we’re on the ground floor."

If you’re looking for a sweet little nightcap, the Egg Cream cocktail might be calling your name. This variation on the soda fountain classic (sans both the egg and the cream) is made with peanut butter whiskey, housemade chocolate syrup, banana, milk and seltzer. It’s boozy and sweet and reminds me a bit of a Yoo-Hoo. Best of all, it’s topped with a chocolate peanut butter pretzel. 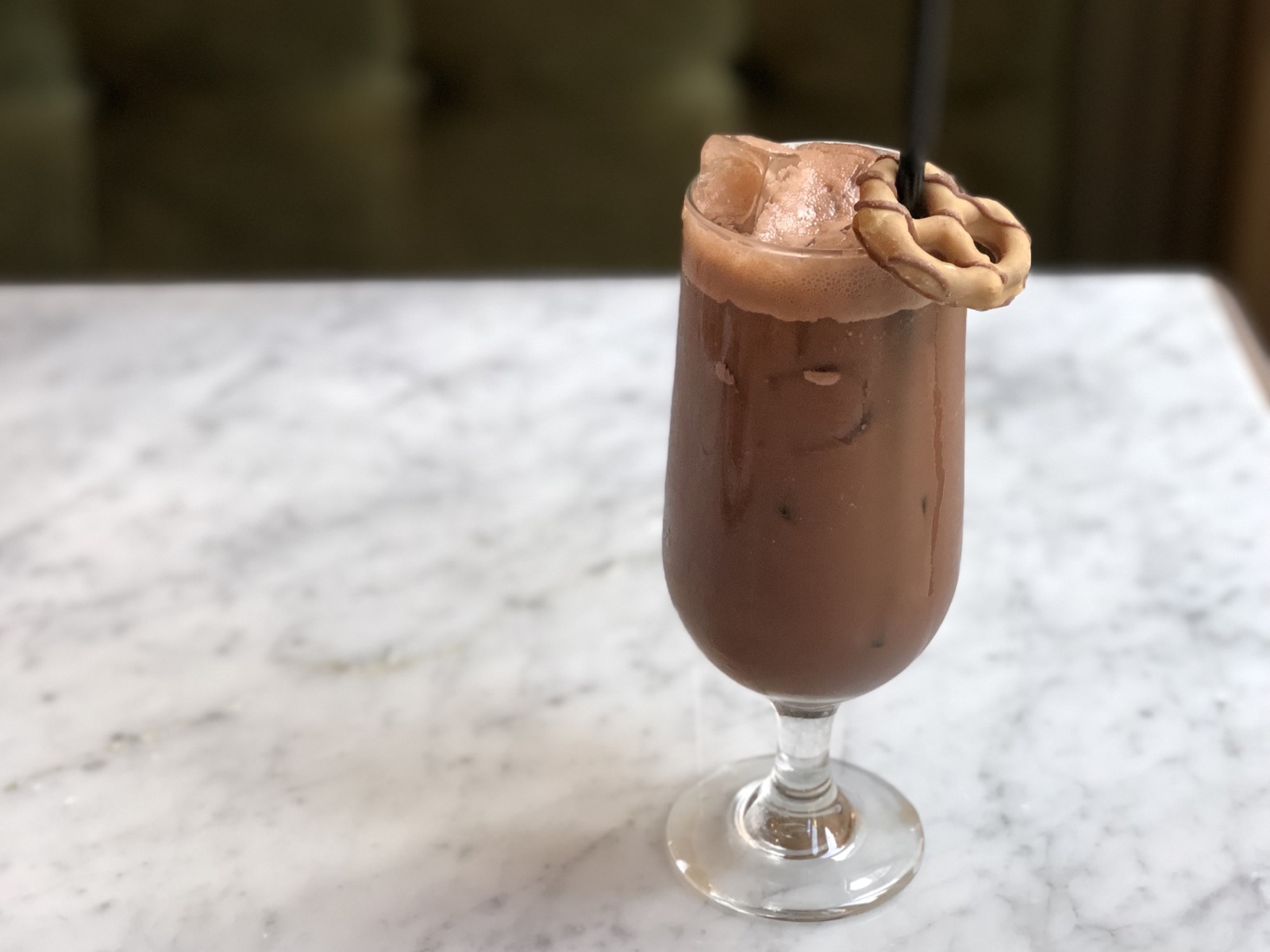 Of course, there are more traditional desserts, as well.

"At a deli, dessert is more bakery than anything and I love the idea of smaller bites that you can just nibble," says executive pastry chef Jonna Jzaczek, who admits that her cleverly snackable dessert choices were inspired by another New York classic, "Seinfeld."

Knowing that, you might just chuckle a little when you dig into the tender, sweet babka enriched with rich chocolate chips and served with toasted pecan creme anglaise.

Of course, you can’t go wrong with the Jzaczek’s bite-sized bread puddings made from the restaurant’s housemade cinnamon rolls and glazed with a bourbon vanilla drizzle. 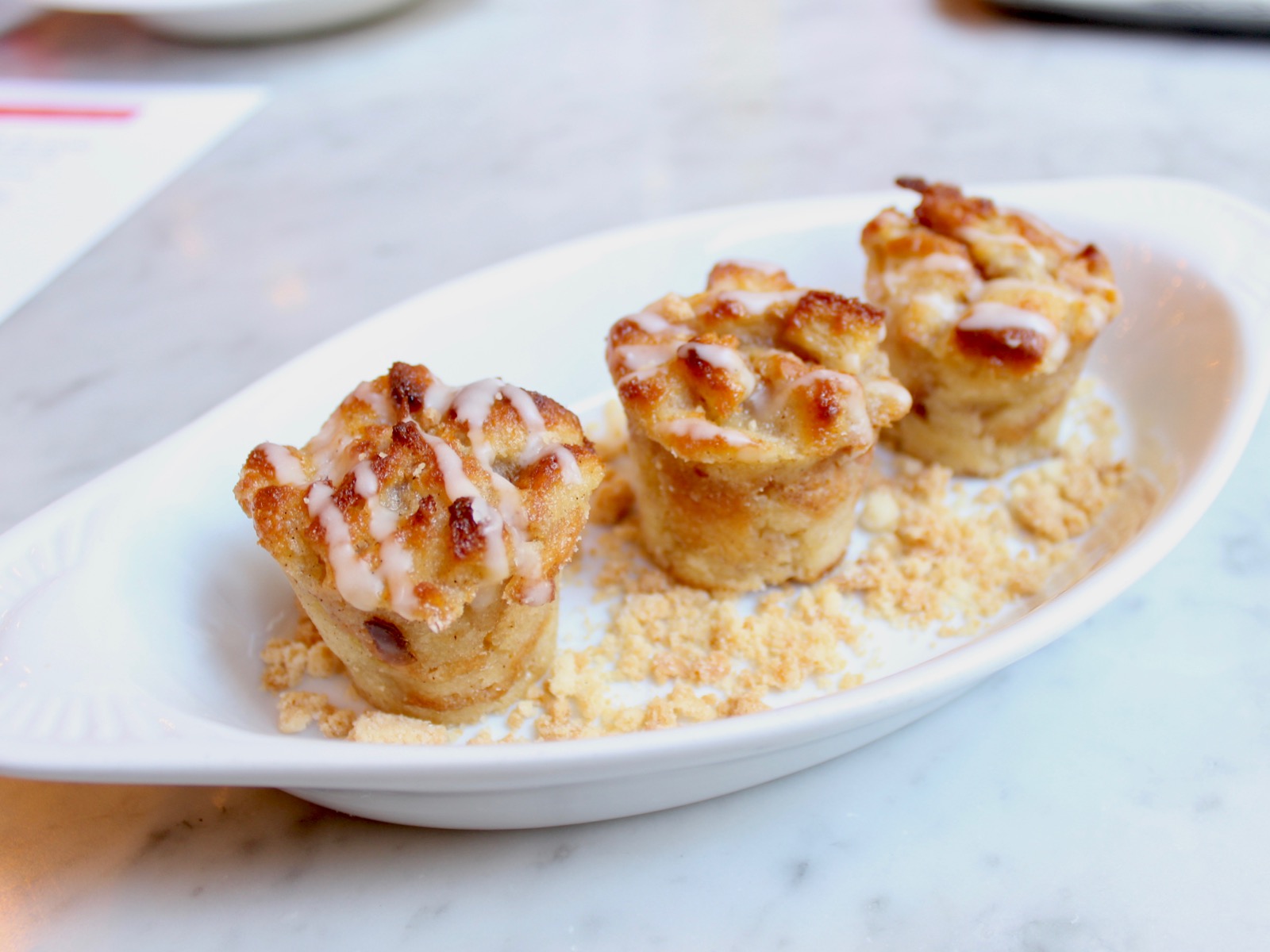 They might just be the perfect match for the dessert-inspired Rugelach cocktail, fashioned after the filled Jewish pastry of the same name. The cocktail recreates the flavors of rugelach fillings with a combination of pecan and cinnamon-infused bourbon, sherry, creme de cacao and Bittercube Blackstrap Bitters. It comes complete with a dried apricot garnish. 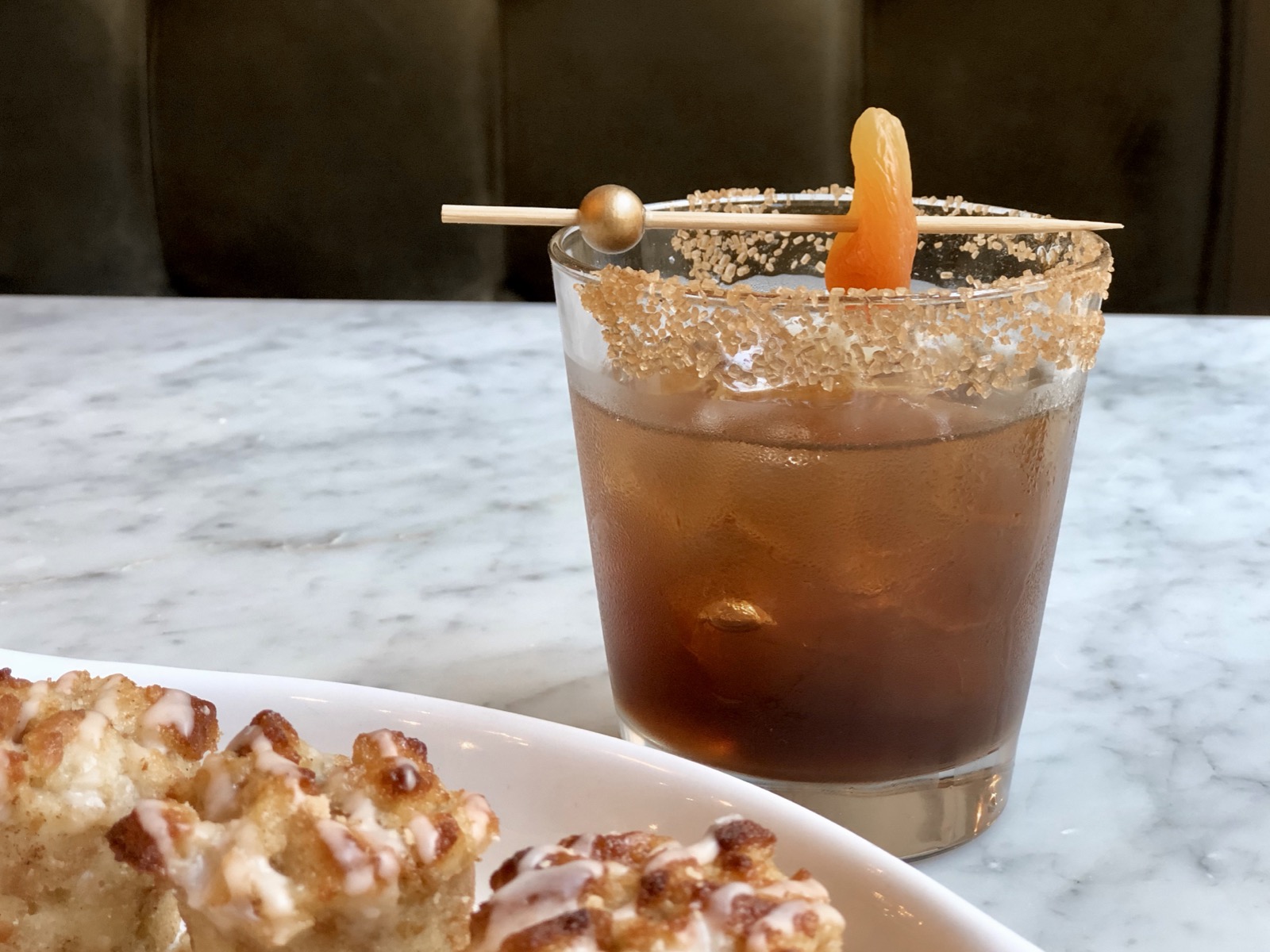 If you try nothing else, do yourself a favor and order up a pair of Black & White cookies. They’re slightly cakey and sweet, and – if you believe Jerry Seinfeld – they might just make the world a bit better. 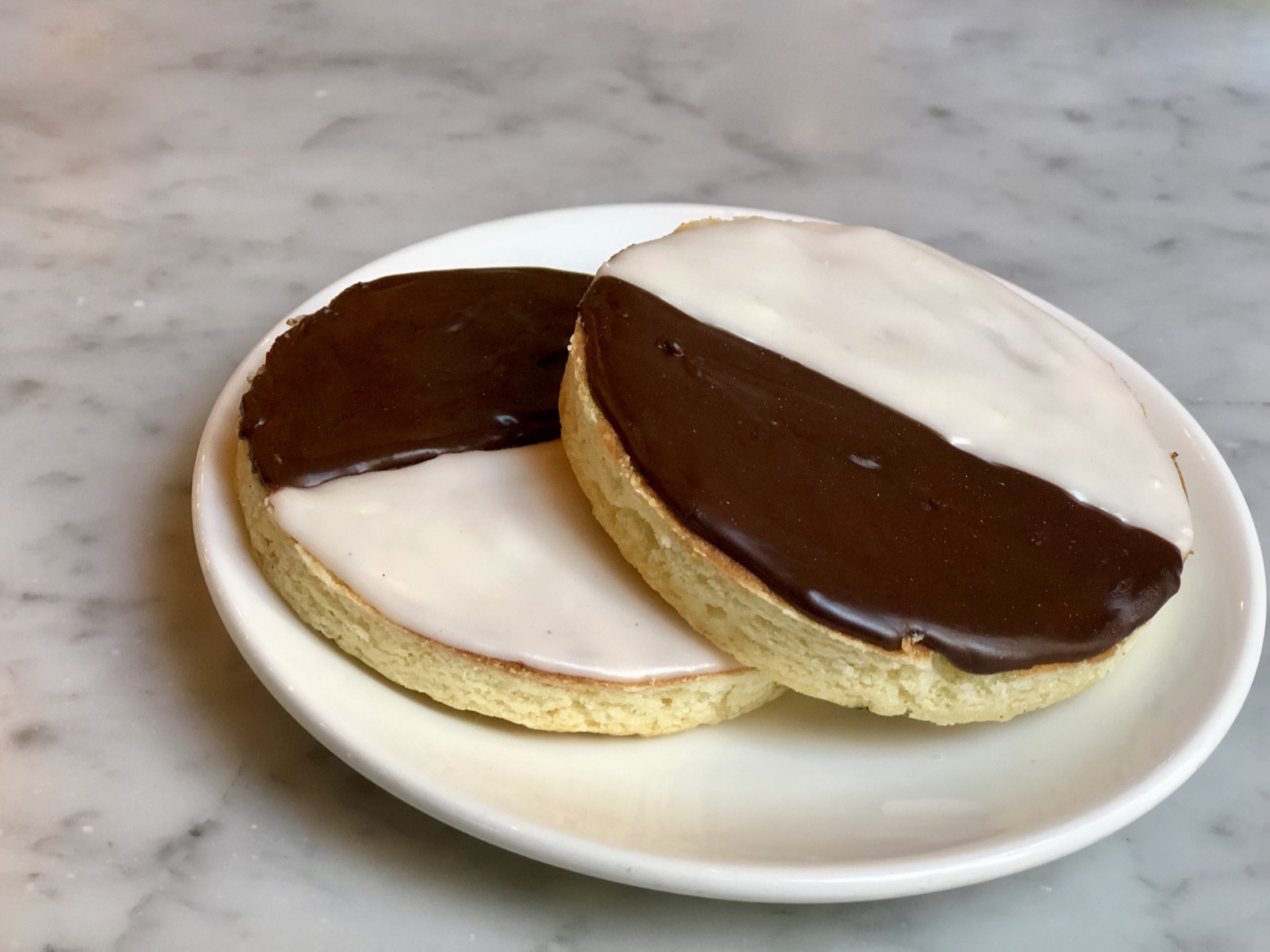 "The key to eating a black and white cookie is that you wanna get some black and some white in each bite. Nothing mixes better than vanilla and chocolate … and yet still somehow racial harmony eludes us. If people would only look to the cookie, all our problems would be solved." – Jerry Seinfeld

The 50 Fifty pop-up begins Monday, Oct. 7 and takes place Monday through Saturday from 5 to 9 p.m. Happy hour specials – including oysters (Just $1 each) – will also be available Monday through Friday from 4 to 6 p.m.

Save the dates for Downtown Dining Week this June

Lori Fredrich May 03 Dining
Do This

Lori Fredrich Apr 28 Dining
Do This

Virtual class offers first taste of The Brown Bottle, which reopens this summer

Lori Fredrich Apr 27 Dining
Do This