If you're like me, the race to the top of the IBU and ABV charts has you seeking brewers with a lighter touch without compromising taste. While we're stuck at home and the weather finally seems to be starting to cooperate, let's call them patio beers.

If you’re like me, the race to the top of the IBU and ABV charts has you seeking brewers with a lighter touch without compromising taste.

While we’re stuck at home and the weather finally seems to be starting to cooperate, let’s call them patio beers.

Sprecher brewmaster Craig Burge knows just what I’m talking about.
When I asked him about the brewery’s new special release, ReFresh Button IPA, he said, "the goal was to keep it under the 20 IBU mark and we did that. The whole thing was to make it refreshing, so we didn’t want it to be too malty, either."

There is malt – pilsen, pale and dextrin – in a mash bill that also has oats and wheat. And there are three kinds of hops: Mosaic, Centennial and what Burge calls, "kind of the secret weapon," Zythos, a proprietary hop blend that adds apricot and pineapple and other tropical notes to this easy-drinking 5 percent ABV beer.

"All the hopping was on the back end," Burge says, "none in the kettle. It was cool up brew this. We were able to use some techniques we don’t don’t usually use: No kettle bittering hops, just whirlpool and dry hopping. And it was a full double dry hop."

The flavor is juicy, but light, thanks to the hops, which are balanced with the malts to create a beer that isn’t bitter, isn’t malty and is, as Burge notes, "something you can drink more than one of."

The first batch of beer was being bottled and put into 400 cases on Wednesday, so it should start appearing at local retailers by perhaps next week.

Third Space’s Happy Place Midwest Pale Ale, which clocks in at 5.3 percent, and which boasts a beautiul body, juicy citrus and a lovey color.

Thankfully, it’s becoming so widely available that even at places like Miller Park – when it reopens – you can enjoy what’s turned into one of the best and most reliable hometown beers.

Gathering Place’s Treffpunkt kolsch at just 4.6 percent ABV is one of the most refreshing kolschs you can find, with a summery straw color, rich effervescence a balance of fruit and spice from the German noble hops. I might think I love this because of my Rhenish roots, but, really, it’s just damned good beer.

You know this already, but Lakefront Brewery's Riverwest Stein – one of the pillars of Lakefront’s line of quality quaffs – is the perfect summer beer. An amber lager with 5.6 percent alcohol by volume, is packed with malty goodness, including nice caramel and toffee, balanced with some grassy hop snap. 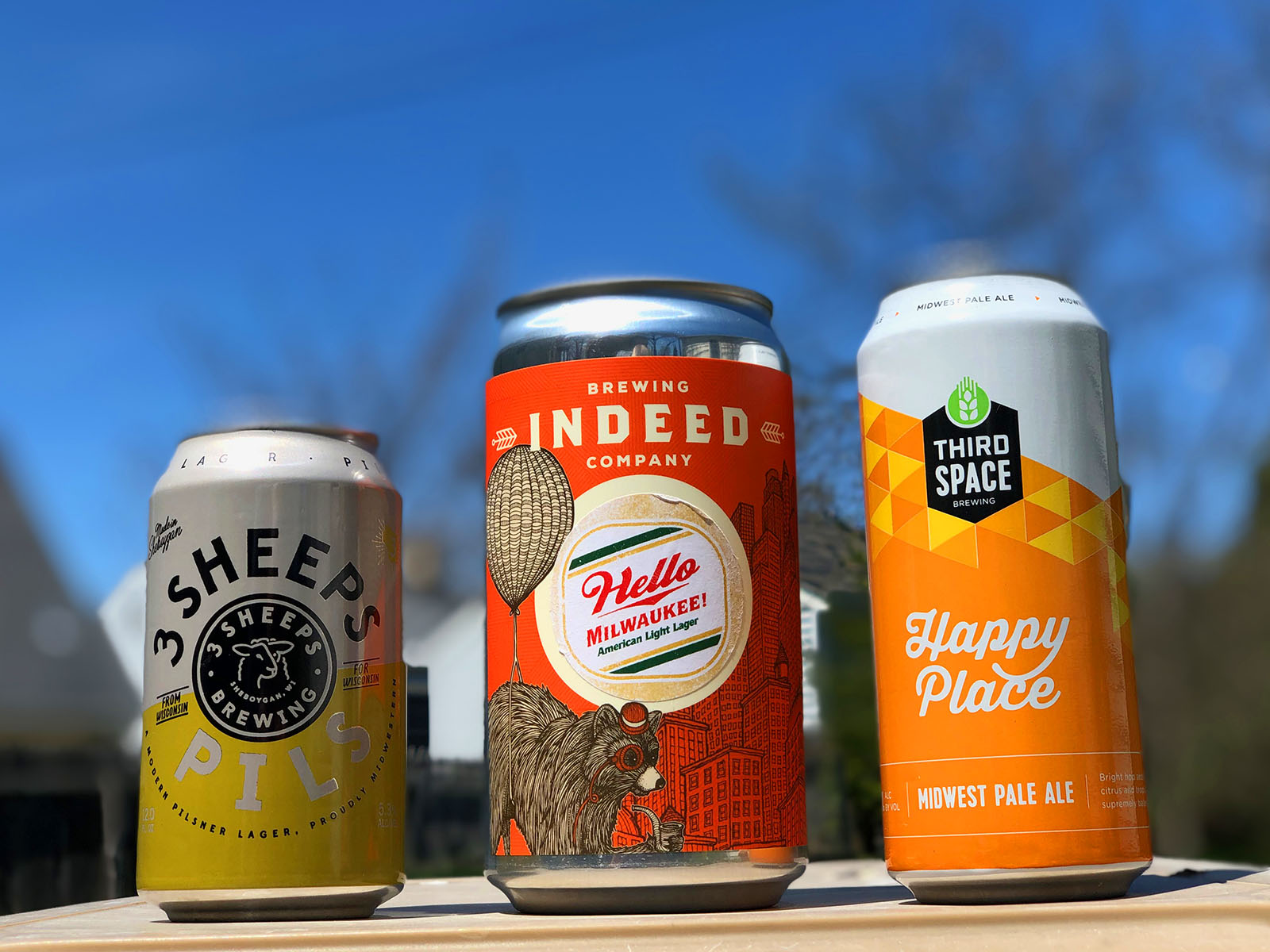 When Minneapolis’ Indeed Brewing came to Milwaukee last year it collaborated with 1840 Brewing Company on Hello Miwaukee, an American light lager with a subtle 4.5 percent ABV.

This pale straw colored refresher goes down easy, with just 10 IBUs. It boasts nice maltiness, and will remind you of a better version of a macrolager.

You knew that there’d be a pilsner in here somewhere right?

For that we head up to Sheboygan’s 3 Sheeps Pils. Light and sweet with 5.3 percent ABV, you’ll want more than one of these for sure, thanks to the frothy head atop a crisp brew that nicely balances malt and noble hops.

Like Hello Milwaukee, this one may, on the surface, look like a macro, but you can taste the craft.