770 N. Water St. tower is getting a green roof this week

This week, the more than 6,000-square-foot roof at 770 N. Water St. is getting a green makeover designed by Milwaukeeï¿½TMs New Eden Landscape Architecture.

Designed by Milwaukee’s New Eden Landscape Architecture, the roof uses vegetated trays atop an open drainage board that helps facilitate drainage on a flat roof like the one on the the 1968 office building, which is on the way to getting a full interior rehab. 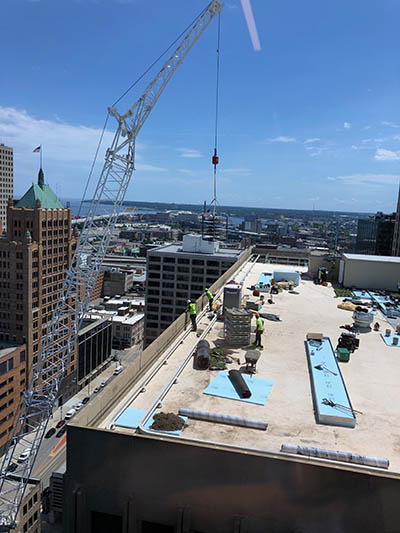 The roof covers a bit more than half the roof, leaving room for necessary building mechanicals.

You can read about both buildings and the historic site they occupy in this story.

Milwaukee’s MM Schranz Roofing began installation of the roof began on Tuesday and is expected to be completed by Friday, assuming the weather cooperates.

"Obviously the new tower is off the charts but what doesn’t meet the eye is what’s happening on the whole block: Pensive, Fiddleheads, outdoor space, future retail and restaurant space in the works, great parking experience, technology, flagship retail branch for BMO that will be unique and the future use of the actual 770 building, which will basically be brand new.

"These are all interchangeable parts of a new office complex Downtown." 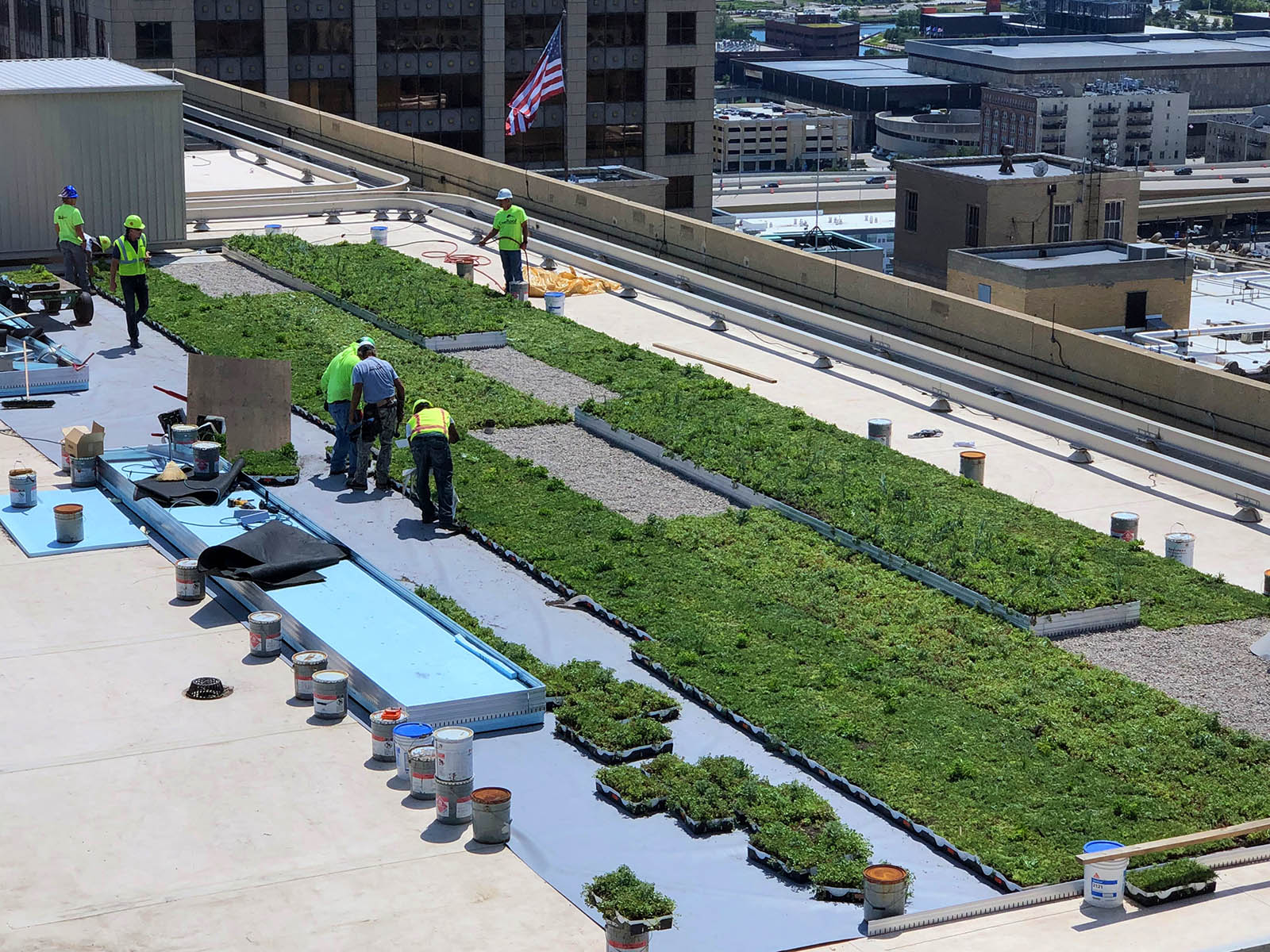 Irgens installed Radcliffe Bailey’s "Pensive" sculpture in a public plaza in front of the BMO Tower in spring and earlier this month it announced that the city’s first Fiddleheads coffee location would open in the lobby.

The plants came from Live Roof, LLC, across the lake in western Michigan and are a blend of different types of sedum and alliums to provide a mix of colors and textures. Sedum are typically used in green roofs for their drought tolerance and their ability to thrive in shallow substrates.

The plantings are being arranged in a checkered pattern alternating with aggregate stone insets and ballast stone pavers that can be walked upon, and will have a spray head irrigation system. Some of the plantings are raised to create a textured look.

The staffers at the law offices of Michael Best & Friedrich in the new BMO Tower overlook the green roof, providing them with a more pleasant view than an empty office tower rooftop.

"As Mark Irgens told me," says Palec, "‘we’ll do almost anything for a deal. And that always includes doing the right thing’."

But they’re not the only ones to benefit.

The roof is expected to suck up and hold onto about 6,322 gallons of stormwater during heavy rain events, which will divert this water from the MMSD’s storm sewer.

In addition, green roofs help offset the heat island effect by absorbing rather than reflecting sunlight and heat.