Since 2002, Milwaukee has seen honors for 12 restaurants or chefs from the James Beard Foundation. And, if you're a food lover who wants to get to know our city better, put a visit to each of these restaurants on your list of things to do during 2017.

This fall, I had the good fortune to ride along with a few travel writers who took a guided tour of Cream City with representatives from Visit Milwaukee. Part of the tour involved visits to area restaurants whose chefs have been James Beard Award semi-finalists, nominees or award winners.

Over the course of three days, we packed in visits to eight such restaurants, indulging in stellar dishes made by chefs whose creativity and innovation has allowed them to rise to the top of the heap. It was an indulgence, for sure. But, more than anything, it was a clear reminder of the talent we harbor in our lovely city.

On some visits, we sampled a dish or two. During others, we worked our way through chefs’ tasting menus. But, regardless of when we visited or what dishes we enjoyed, it reminded me that – whether it’s just for an appetizer or dessert – it’s incredibly worthwhile to take the time to revisit restaurants that often become relegated as destinations only fit for special occasions.

If you’re a food lover who wants to get to know our city better, put a visit to each of these restaurants on your list of things to do during 2017. Restaurants are not ranked, but listed in alphabetical order.

Carlisle’s dishes – which range from artfully prepared vegetables like this Morroccan-inspired dish featuring carrots, apricots and mint to robust dishes made with beef raised on his father’s farm in Sparta – are thoughtful, innovative and delicious. And each one bears a story. Since Carlisle and his crew personally wait the tables at the restaurant, you’re privy to those intimate tales, as well as answers to any questions you might ask. If you can, this is a great spot to splurge on the chef’s tasting menu. 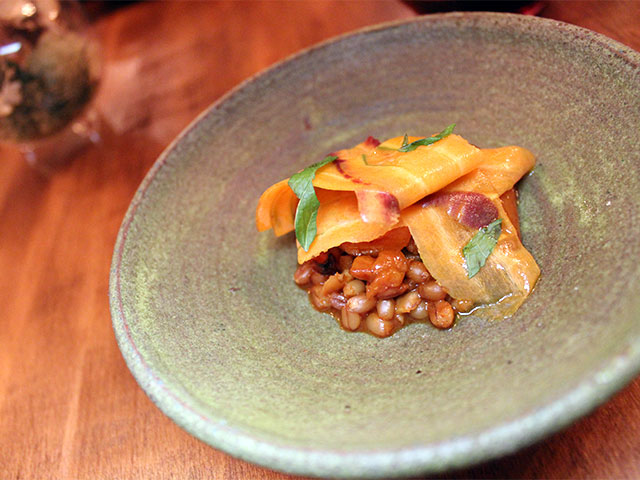 A great way to experience the spirit of Braise is to sign up for one of their cooking classes. Many are taught by Swanson himself and include choices like sausage or pasta making, during which you’ll produce dishes like the pictured pasta puttanesca. You’ll not only receive hands-on training, but you’ll enjoy clever stories and insider tips that just might take your cooking to the next level. Of course, eating in the restaurant is great too. If you can, take a seat at the counter near the kitchen where you can experience the bustle as staff turn out rustic internationally inspired fare that makes the most of seasonal produce as well as items preserved from the previous season’s harvest. 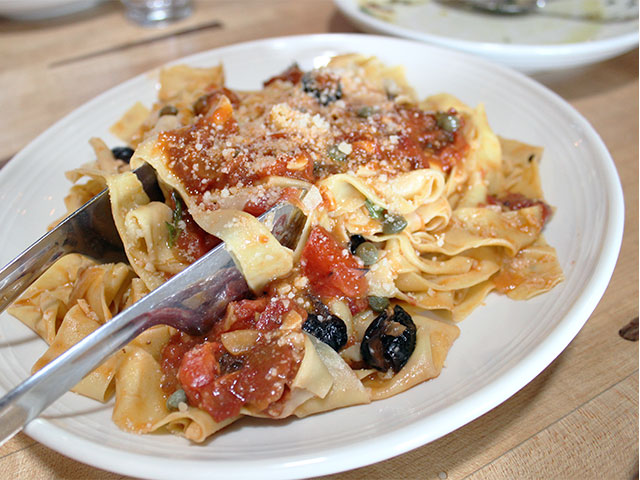 I can’t over-emphasize the delight of a meal at Cafe Calatrava at the Milwaukee Art Museum now that Chef Jason Gorman is at the helm. At lunch, you’ll find Italian comfort food staples like pasta e fagioli and hand-rolled gnocchi alongside internationally inspired dishes like harissa chicken. And it will all be absolutely beautiful. Better yet, head to the museum for Sunday brunch where you can enjoy an a la carte menu of delicious items like this buffalo mozzarella panna cotta with nectarines and cured tomatoes. 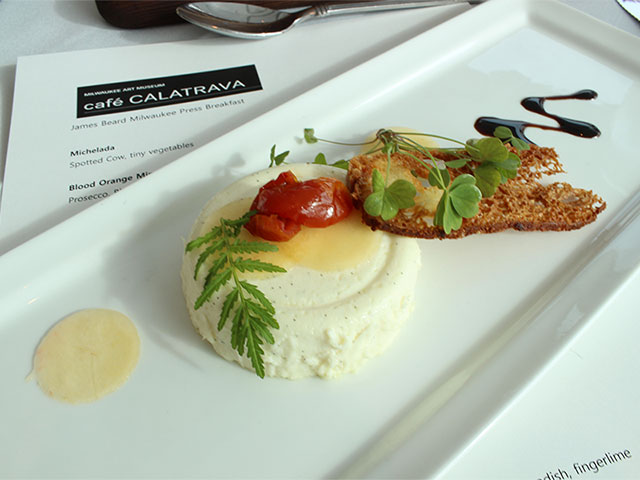 Expect a bit of the unexpected at c.1880, where you’ll find seasonal ingredients prepared with the specific goal of making them taste the best they can. If there’s himachi on the menu, be sure to give it a try. And when you see a dish like bone-in boar chops with salsify, pickled plums and savoy cabbage, you might want to order it. Be sure to save room for dessert, because it will be stunning. Take for instance this end of season delight featuring fresh berries, balsamic vinegar and an airy mousse-like foam caressed from little more than the strawberry’s juices. 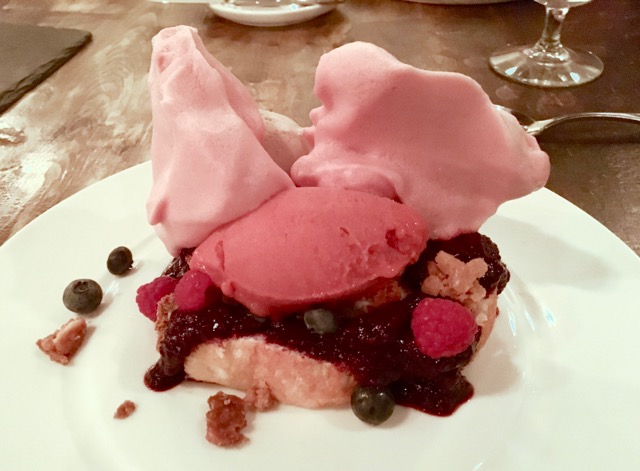 Give yourself a comforting pat on the back at Crazy Water, where you’ll find a core menu with tried and true California-inspired classics like pan-seared diver scallops with orange vinaigrette. But, take my advice and order at least one of the daily specials. They’re the best place to see Magister’s ever-evolving creativity is at its finest. 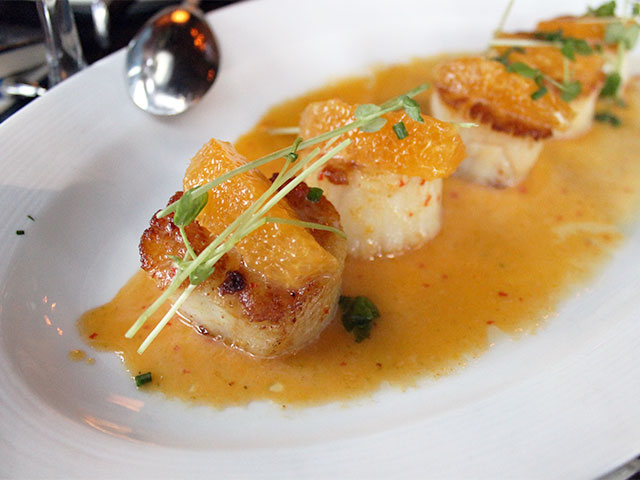 When Van Rite made the James Beard semi-finals, he was cooking up elegantly rustic dishes featuring seasonal vegetables, wild game and some of the most spectacular offal in the city at Hinterland. But Dandan, his joint venture with fellow chef Dan Jacobs is a not-to-miss. You’ll find dishes like Japanese okonomiyaki, General Tso’s cauliflower and spicy cumin lamb along with beautiful pillowy shrimp shumai. If you’re yearning for a glimpse of both chefs’ creativity outside of the Asian realm, be sure to pay a visit to EsterEv, the restaurant-within-a-restaurant that offers up creative, affordable tasting menus on Thursday through Saturday evenings. 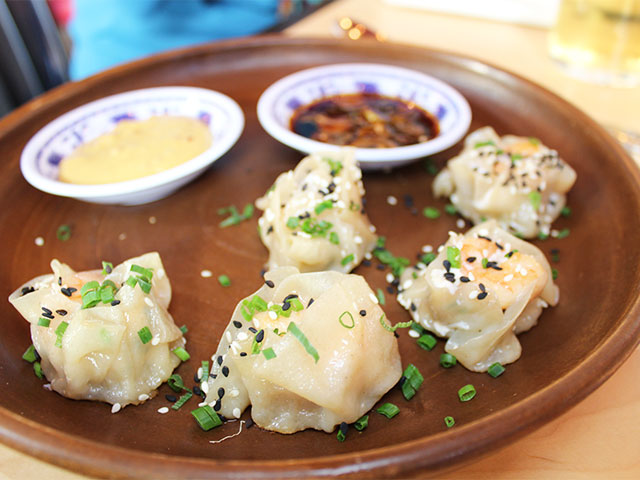 There’s something beautiful about a lunch or dinner in Lake Park. At Lake Park, I’d recommend going classic. Order up a bowl of the delicious French onion soup or a dish of seared foie gras. Then dig into roasted duck served with green lentils, Swiss chard and red wine sauce. Be sure to save a bit of room for an after-dinner cheese plate or a chocolat gateaux. If you’re lucky, you might even catch a glimpse of Siegel, who has moved on to a role as partner and corporate chef for the Bartolotta Restaurants. 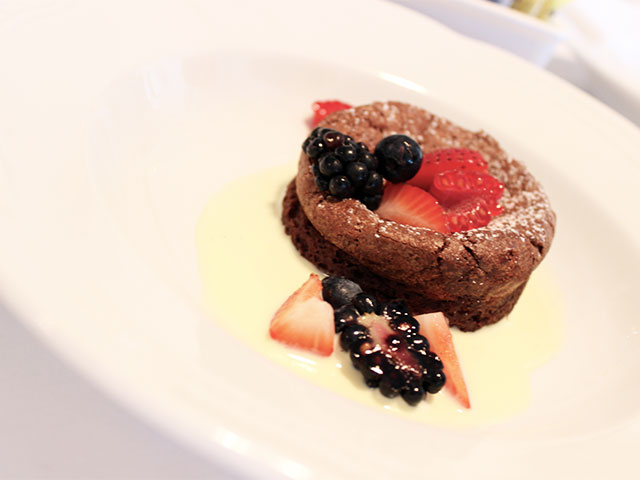 Sanford, which is quickly approaching its 30-year mark, is a relative dinosaur in comparison to most restaurants on this list. But, it’s longevity is a testament to both the standards laid down by founding Chef Sanford D’Amato and now-owner Chef Justin Aprahamian’s dedication to preparing some of the city’s best cuisine. You can’t go wrong with most dishes at Sanford. Even salads, including this one featuring house-cured goat sec (dried sausage), Barneveld blue cheese, fig compote and grilled heirloom apples with beer gastrique, are a testament to the thoughtful creativity evident in every dish on the menu. 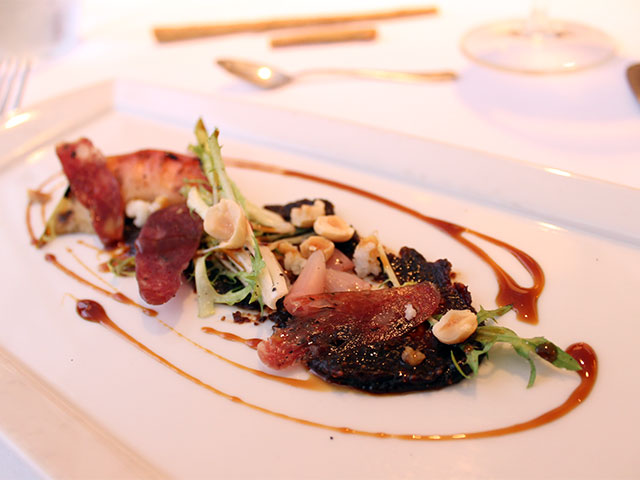 James Beard finalists for 2020 include Paul Bartolotta of Bartolotta Restaurants