9 photos of the progress at 833 East Michigan

Recently, we got a tour of the progress of the construction of the new 18-story office tower at 833 E. Michigan St. in Downtown Milwaukee. We take you inside, too, with this series of photos that show you what it looks like.

Recently, we got a tour of the progress of the construction of the new 18-story, $101 million office tower at 833 E. Michigan St. in Downtown Milwaukee.

According to Irgens VP Thomas Irgens, the roughly 360,000-square foot building is two-thirds leased and some of the first tenants will begin moving in on March 1. "That's about 53 days," Irgens Development Director John Ford – who is the project manager – chimes in. He'd know.

On many floors, finishes are being installed. On the day I visited, the place was buzzing. The smell of fresh paint was in the stairwells, technology workers pushed carts full of wiring onto the freight elevator and workers were at work on the six elevators.

By May 1, Rare Steakhouse will open just off the lobby, and soon after another wave of tenants will begin to arrive at the gleaming new tower designed by Kahler Slater. Four levels of parking will accommodate more than 450 vehicles, and there will be an electric car charging station, as well as racks for about 75 bikes.

That the north facade's mirror-like exterior reflects the US Bank Building seems appropriate because the galleria level of 833 East Michigan connects with the US Bank's galleria shops and restaurants, as well as the parking structure via skywalk. When the Couture (and a streetcar station) is built to the east and a new hotel goes up to the west, they, too, will be connected to the complex.

We take you inside, too, with this series of photos that show you what it looks like...

1. A striking copper sculpture will be installed in the lobby and visible up Cass Street to Wisconsin Avenue 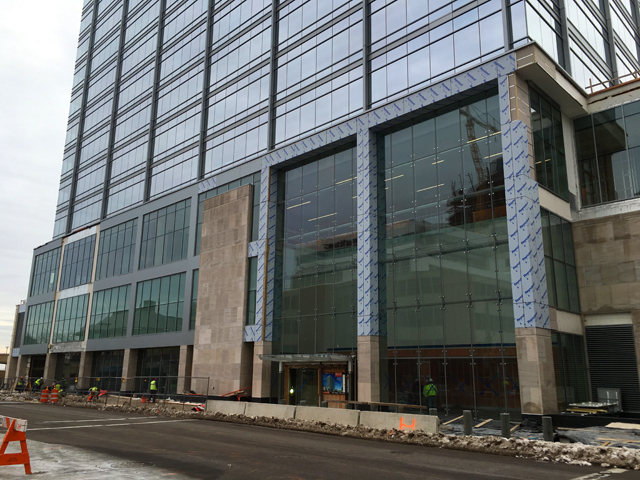 2. 833 is the first building in town to use this glass system, made by a Menomonee Falls company 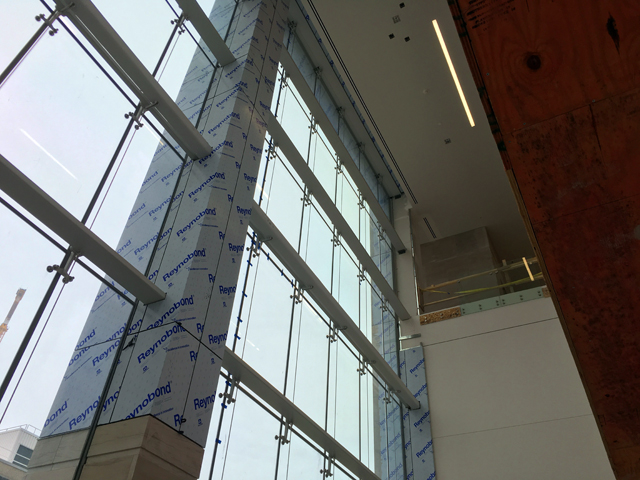 3. Two banks of three elevators are being installed 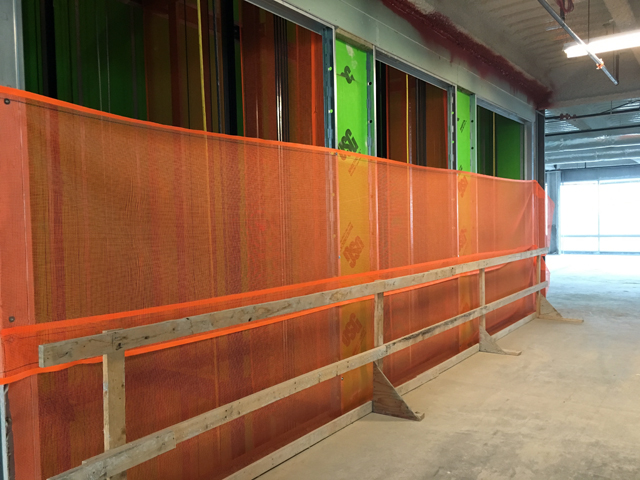 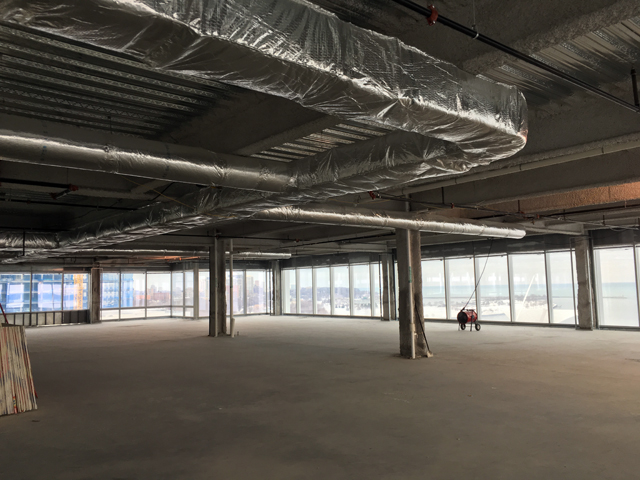 5. The views are spectacular in every direction 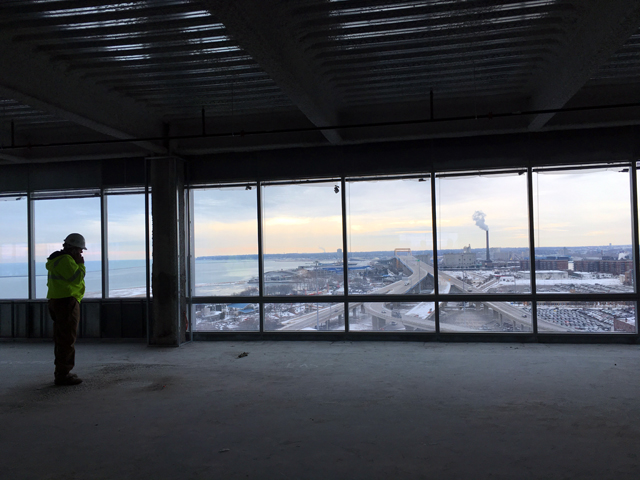 6. Rare Steakhouse will open in this space May 1 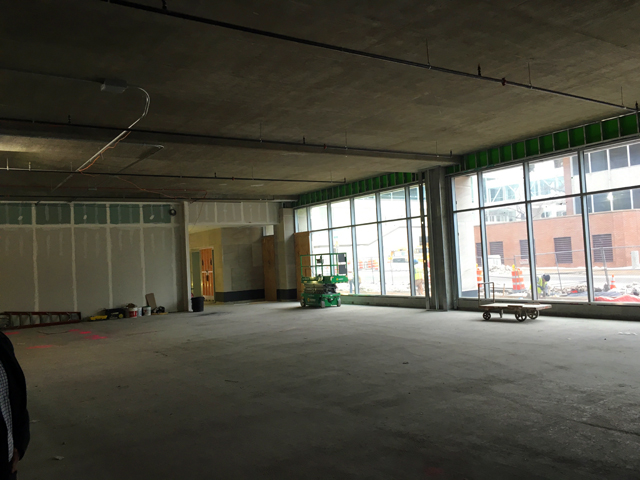 7. The health club is free to all tenants 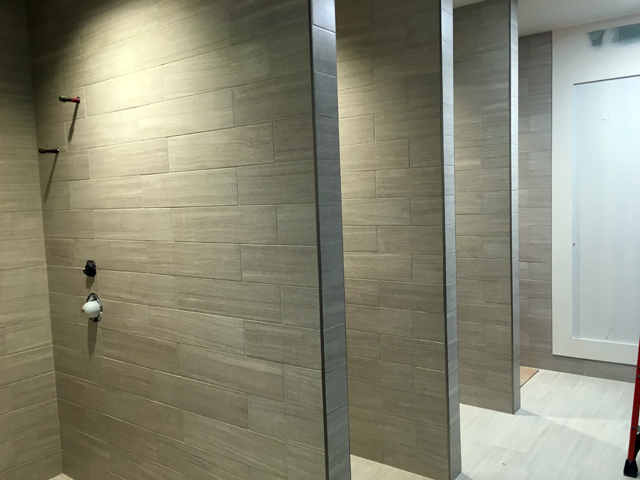 8. The galleria connects with the US Bank building 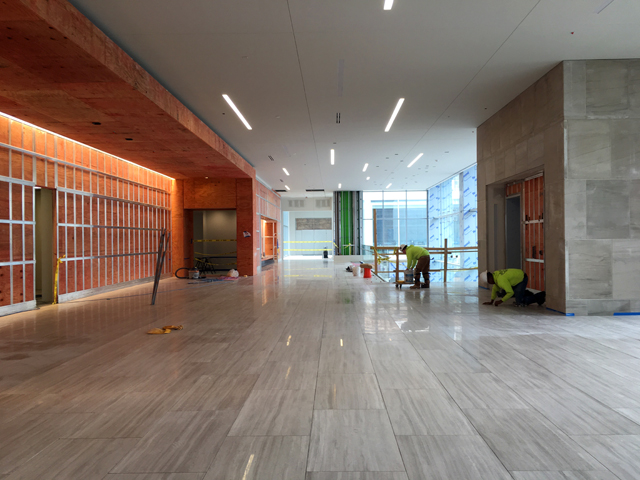 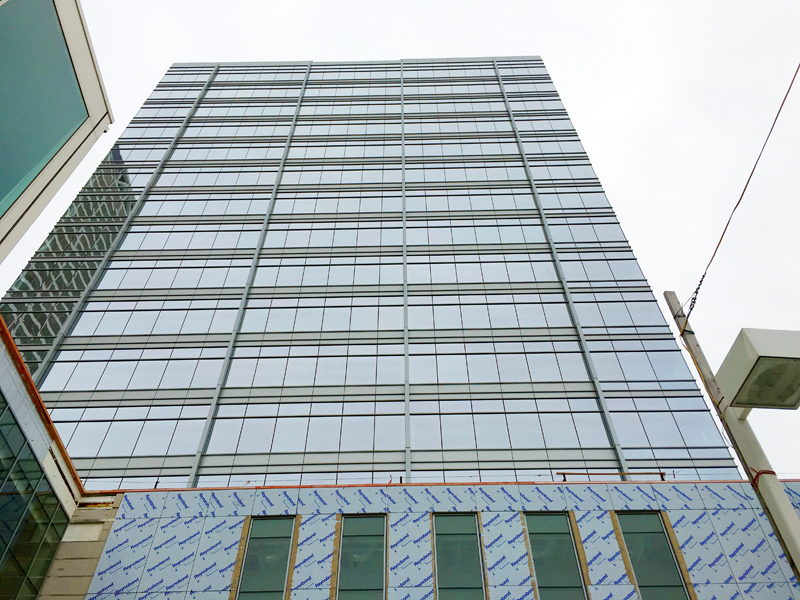