9 great spots to get your pho phix

It's Phobruary. So, why not indulge in a steaming hot bowl of Vietnamese soup? There are countless places to get your hands on a big bowl of pho, but here are eight of our favorites, including three in Silver City.

There’s almost nothing better during the chilly winter months – or even the rainy, damp days of spring – than a steaming hot bowl of soup.

And since it’s February … er Phobruary… why not make the Vietnamese delicacy a goal on your list of things to eat before the end of the month?

The secret of Vietnamese pho – which is pronounced "fuh" or "feu" –  lies in its long cooking time, typically a three or four hour steep which extracts flavor and heft from meaty marrow bones, usually either chicken or beef. The broth is then supplemented with a custom blend of spices like cinnamon, cloves, coriander, star anise and cardamom. In fact, one of the fun things about pho is that each bowl of steaming broth is pretty distinct. So, if you’re not fond of one restaurant’s pho, it’s worth your while to sample another spots broth to see if you like it better.

But, potentially the best part of eating pho is the ability for diners to customize their bowls with add-ins and garnishes like Thai basil, cilantro, bean sprouts, jalapeno slices, lime juice and condiments like fish sauce, hoisin and Sriracha.

This list is by no means comprehensive, but should give you a good start for some delicious Phobruary adventures.

Monday through Thursday each week during the month of February, the Silver City neighborhood is hosting Phobruary. During this annual neighborhood celebration, you can indulge in $5 bowls of heart-warming pho from three area restaurants including Thai Bar-B-Que, Thai Lotus, Bamboo Lounge and Vientiane Noodle Shop.

Some say the name "pho" comes from the Cantonese word "phan" – so it would be remiss to leave Phan’s Garden off of the list. Once a hidden gem, this long-time Milwaukee staple serves up a nice selection of delicious pho (including seafood options), each of which sport delicate, fragrant broth that’s neither overly salty nor underseasoned. Try the beef for a broth that’s particularly complex.

The pho at this strip-mall restaurant located on 124th Street in Brookfield has a nice long list of options from which to choose. The condiment list is also among the longest out there and includes: both light and dark soy sauce, chili sauce, Sriracha, hoisin and crispy chili sauce. The large house special is $11.95 and comes with rare steak, brisket, flank, tendon, tripe and meatballs in a flavorful broth.  You can also go basic and get rice noodles and broth for just $5.95. A vegetarian option is also available. 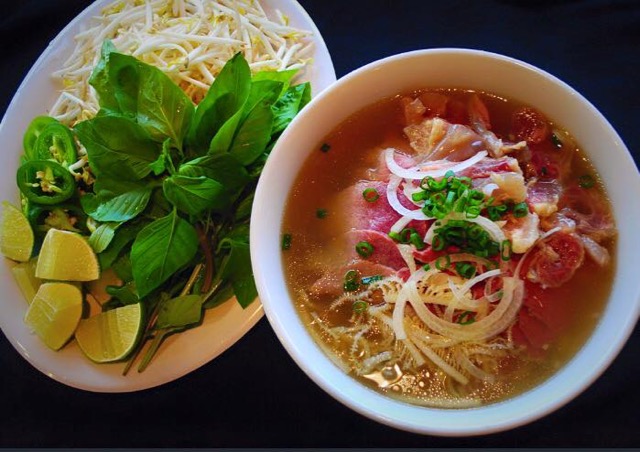 There are numerous options, but you can’t go wrong with the special pho ($11) which includes steak, flank, brisket, tendon and meatball. The broth is is star anise-forward, and appropriately delicate, and it has just enough rice noodles to make the dish a filling option for either lunch or dinner. 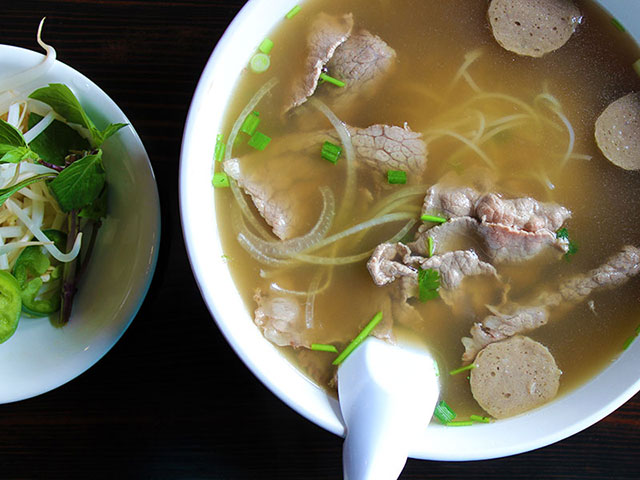 The pho at Hue (priced $11-16), which is available at both their Bay View and Wauwatosa locations, is pleasantly complex, with a deep star anise flavor. Go all out and get the sirloin steak, brisket and meatballs. Or opt for the vegetarian pho with fried tofu, baby bok choy and carrots in a mushroom broth (add veggie meat, vegetarian meatballs and onions for a few dollars more). Be advised; the regular bowl of pho is big. The extra large (for $4 more) is absolutely gigantic.

You can only get it on Monday evenings; but, it’s just $5. Show up early and grab a seat in the back lounge. When you order, opt for the beef, which is rich and flavorful. Sriracha is served alongside; but, taste the broth before you add more spice; you might find that the broth is already spicy enough. And be sure to grab an amazing Hinterland beer to go with it. 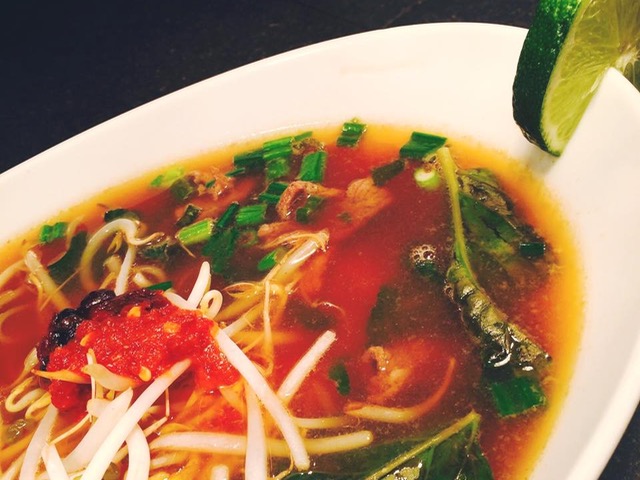