A Day To Remember brought a large crowd to the Harley-Davidson Roadhouse on Thursday night for show that everyone there will remember for a long time to come.

A Day To Remember brought a large following to the Harley-Davidson Roadhouse on Thursday night for a Summerfest show that the band said was their best concert in two years.

In fact, it seemed like their Summerfest show went so well that it gave the band new life. Love for the Summerfest crowd was expressed throughout the night. 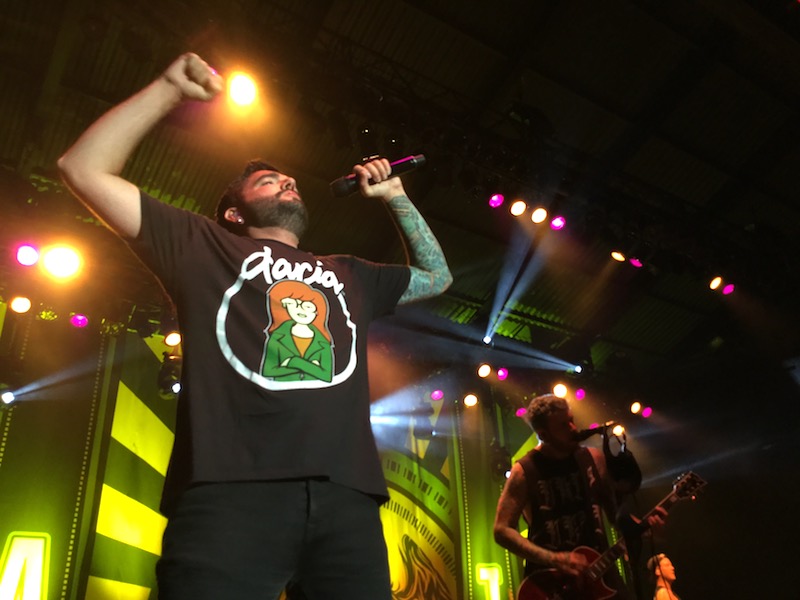 It was truly a memorable night for the Florida band, and this is how it all went down.

After the crowd jammed out to metal hits for about 45 minutes as the crew set up, the lights finally dimmed at 10 p.m. An audio recording from the point of view of the stage chimed in and told the crowd that A Day To Remember was going to play inside of it. "Flight of the Valkyries" then began to play – look it up; you know you've heard it – and began the anticipation of the band. As the five members walked out and took their positions, the lights came on and confetti guns shot out hundreds of strings of paper into the crowd.

The band got off to an electric start as they were set behind a backdrop of their iconic falcon-like logo from the 2007 album, "For Those Who Have Heart," along with four banners that had the letters: ADTR. They began with their top five hit "All I Want." Instantly, the crowd was singing and jumping. The energy was high, and the band kept things going as they rolled right into their next two hits, "Wax Larry" and "2nd Sucks."

Four songs were played off their latest album "Bad Vibrations," including "We Got This," "Naivety," "Paranoia" and "Exposed" in that order. The rest of the songs were A Day To Remember classics – but whether it was one of their latest songs or a hit from 2007, the crowd knew every word.

The band played straight through about a quarter of their show with no real crowd interaction except for the occasional pump-up lines of "Jump!" and so forth. It was probably because A Day To Remember just thought it was going to be a show like any other where they would go out, play their set and be done with it.

However, about halfway through the show – somewhere between "Paranoia" and "Exposed" – it was clear that the band was beginning to tell that they were in the middle of something special. It was then that McKinnon began his complements of the crowd and said that he just got done telling the lead guitarist, Kevin Skaff, that he could not believe what was happening. It was clear that A Day To Remember was having a blast. Whether you were in the front row or way in the back, the large smiles on the band members faces could be seen. 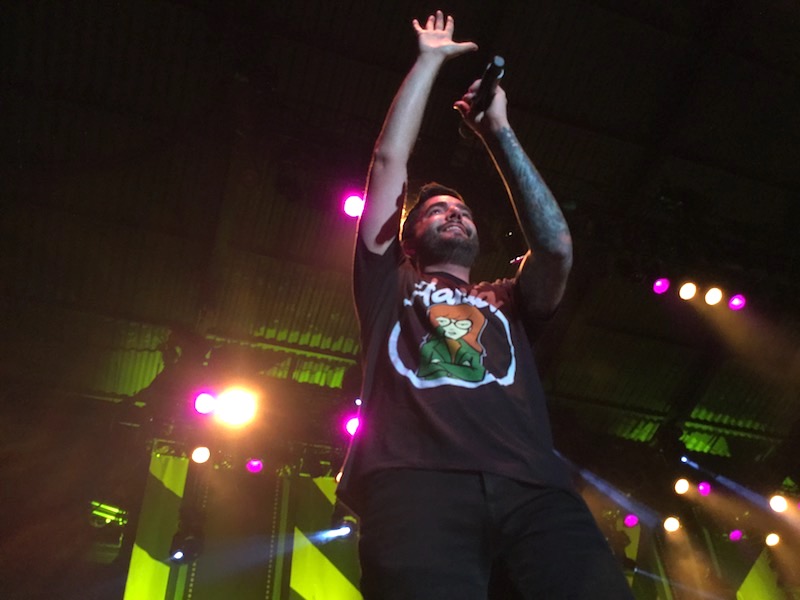 It was also around this time that lead vocalist Jeremy McKinnon expressed to the crowd that he could not believe how lively they were. It was a typical thing to be said during a concert, but you could tell that it was genuine. McKinnon told the jam-packed Roadhouse that it was reassuring to see such a large and lively turnout. The band has been around for more than a decade now, and McKinnon said that, with crowds being slim at some shows, there were sometimes feelings that they may have begun to fall by the wayside. But McKinnon said this show was reassuring for the band.

A Day To Remember. They put on an amazing show. #summerfest

Normally, at most metal shows, there are no benches to stand on; there is just the ground level so the crowd can mosh to the music. Unfortunately, and to the dismay of the band, Summerfest had benches. There were a couple times when McKinnon told the faithful Roadhouse crowd that normally he would tell them to form circle pits and mosh, but that could not be done.

Although small mosh pits were happening on the outskirts of the benches, the band made do with majority of the crowd having limited mobility. The band made do as they had the crowd sling their shirts in circles. There were also countless beach balls and inflatables that were being thrown around, including arm flailing tube men, that all added to the experience and the fun.

Everyone was expecting a full 90-minute set, but around 11 p.m. the band announced they were playing their final song, "Panhandle." Luckily for the high energy crowd, it was not hard to convince the band to come back out for an encore. Normally a band would play just one extra song, but A Day To Remember was having so much fun that they decided to play three extra songs that brought them to around that predicted 90-minute mark.

The band got the encore started with their acoustic song "If It Means A Lot To You." Countless phone lights and lighters lit up the Roadhouse. During the number, McKinnon expressed to the crowd that he has been given new life and said that it is moments like Thursday night that make the five-piece band want to stay together for a long time to come. A Day To Remember then picked things back up with "Lauderdale" and ended the show with their smash hit, and true classic song, "Downfall." 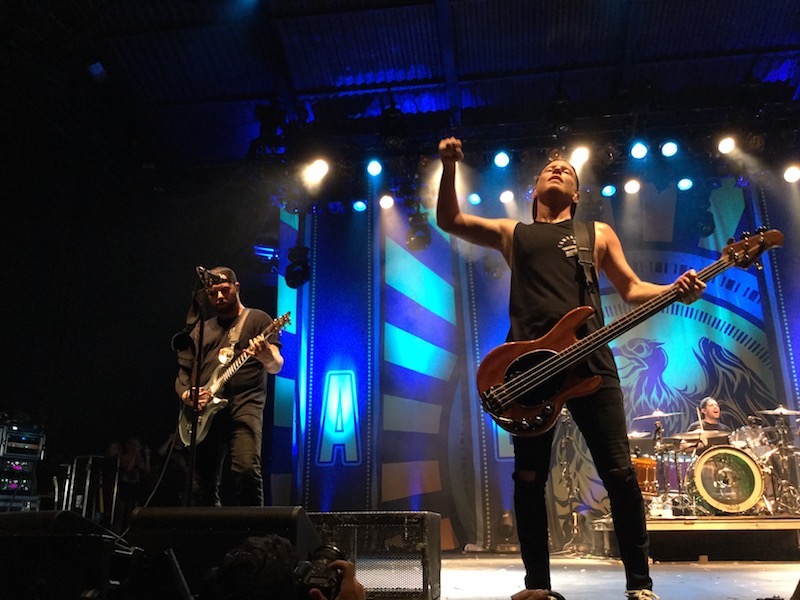 The crowd was ecstatic, and A Day To Remember looked like they did not want to leave. With their hands in air and their smiles still lively as every, they said thank you to the crowd as they walked off the stage to the Lion King song "Hakuna Matata." Everyone who knows the song knows that it means "No worries," and perhaps that is the attitude that A Day To Remember will have as they tackle their North American tour. And it is all thanks to the true fans that showed up at the Roadhouse on that historic Thursday night.

"It It Means A Lot To You"
"Lauderdale"
"Downfall"