Food trends... Sometimes they're fueled by celebrities; other times by social media influencers. And while some are a mere flash in the pan, others develop staying power and remain for the longer haul. Here are ten of the trends that captured our collective imaginations over the past decade.

Before the advent of social media, food trends leaked across the country slowly, often taking years to reach their saturation point. But, in the modern days of social media, trends can take off in a flash, with many ruling the internet in less than a month’s time and fizzling quickly.

But some things haven't changed. Just as they have for decades, most dining trends still begin with forward-thinking, innovative chefs in larger markets; from there, they gain popularity. Sometimes they’re fueled by celebrities; other times by social media influencers. And while some are a mere flash  in the pan, others develop staying power and remain for the longer haul.

Here are ten of the trends that captured our collective imaginations over the past decade. 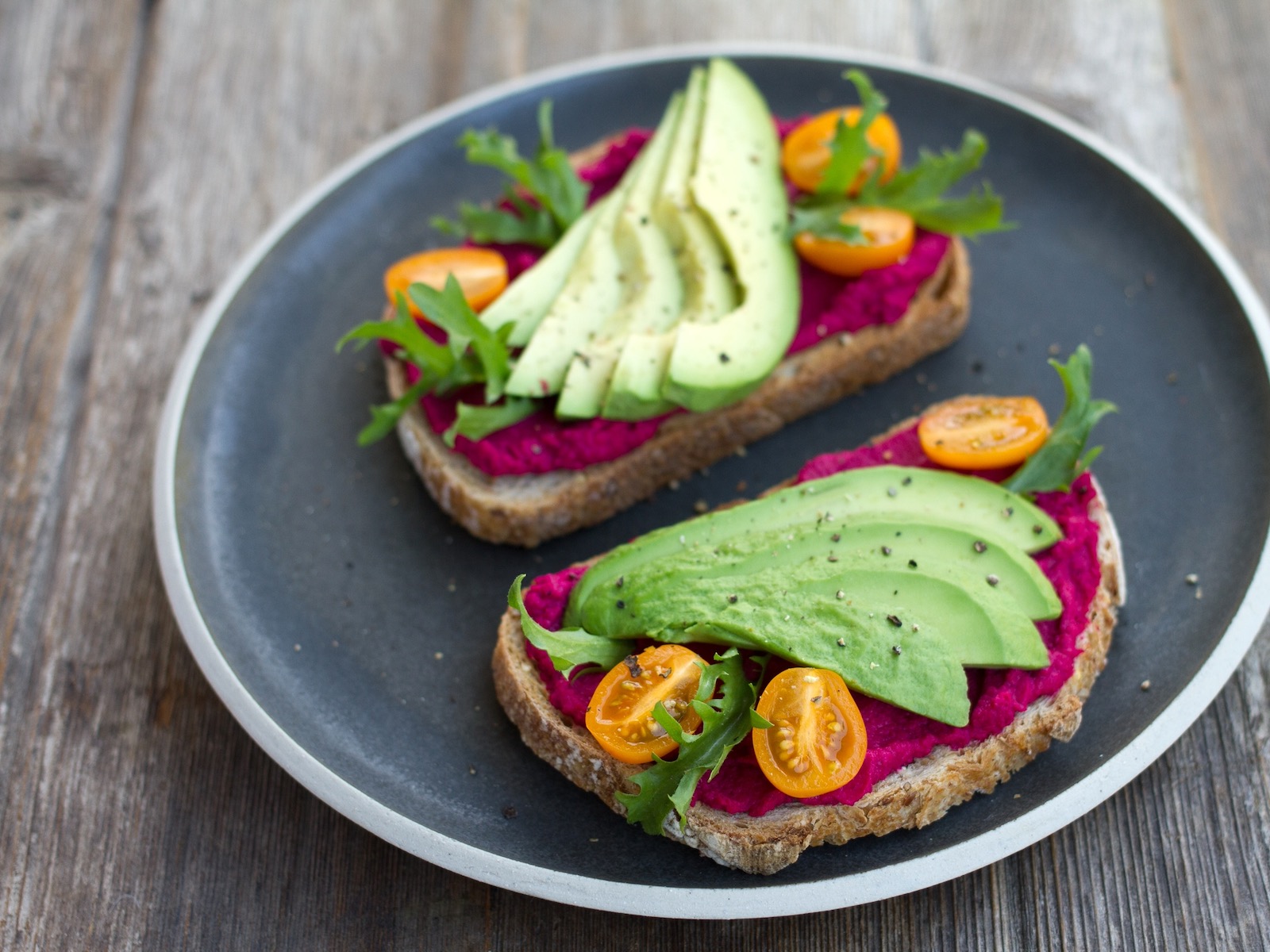 Avocados reigned at the top of the most beloved foods list for the last decade. From guacamole and avocado bowls to avocado pizza … the fruits appeared on menus and in kitchens across the nation. But their biggest claim to fame was likely avocado toast, a dish that was fresh, simple and adaptable, making it a symbol of the influence of millennials on American food culture.

For those who continue to seek out the dish, there’s plenty of hope for the future. A recent article by Time Out Magazine suggests that the trend is here to stay. And a quick look at restaurant menus in almost any market confirms the suspicion, as well as the fact that diners are willing to pay a good sum for the healthful snack. Just take the $24 version (with arugula and poached egg) on the breakfast menu at the Mandarin Oriental hotel in New York for example. 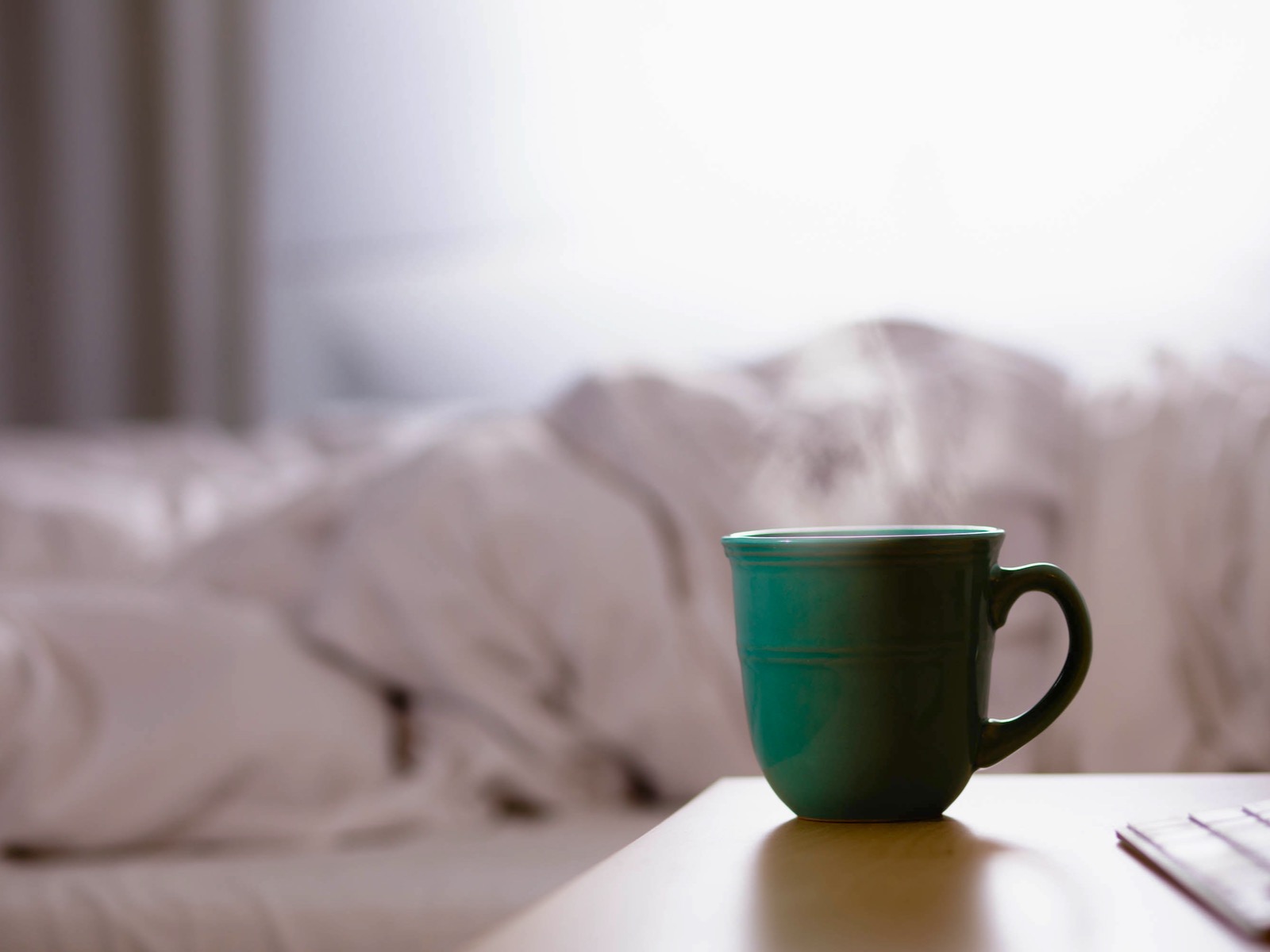 Among the most divisive of trends was bone broth, the newfangled word for the clear, concentrated meaty elixir that home cooks and chefs referred to as "stock" for over a century. Made popular largely by the back to basics trend and paleo lifestyle, the nutritional liquid has resulted in countless new grocery products and a stock-making frenzy among home cooks.

But during its hey-day in the mid-2010s, a social media post about the beverage – which was the darling of celebrities, athletes and wellness gurus – was as likely to command an equal number of accolades for being a magical elixir as accusations that it was nothing more than hipster hogwash. And yet it sparked the creation of dedicated broth shops like Cauldron Broths to open in Seattle, and chefs like Marco Canora of New York’s Hearth to launch Brodo, a no frills carry-out concept offering guests cups of steaming broth, as well as write a book of the same name. But the trend didn't stop there. Over the course of a decade, bone broth seemed to infiltrate every corner of the food world, even showing up in unusual places such as craft cocktail menus. 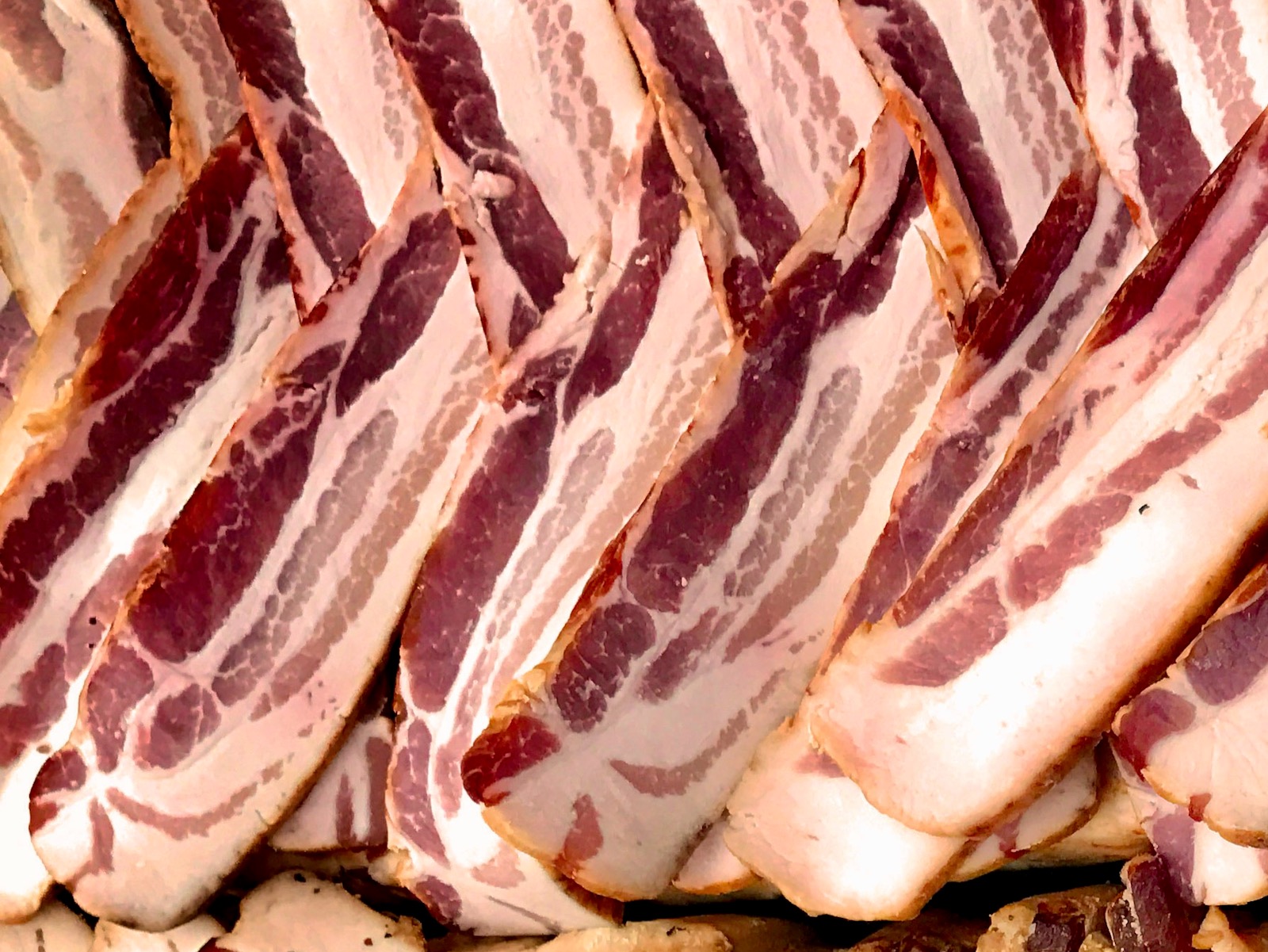 You can’t blame this delicious pork product for the bacon bacchanalia that swept the U.S. during the 2010s. After all, it was the folks in the kitchen who created the cultural obsession by putting bacon in a variety of places where it didn’t belong (including in cookies, cupcakes, ice cream and doughnuts).

In the height of the craze, a bar in Brookfield, Wisconsin even added the word bacon to its name. The trend was so huge, Food & Wine Magazine wrote an article entitled "Why the Bacon Trend Will Never End." And they might be right. A 2018 statistics-filled report by Meat + Poultry indicates that the bacon market is still alive, well and on the rise. 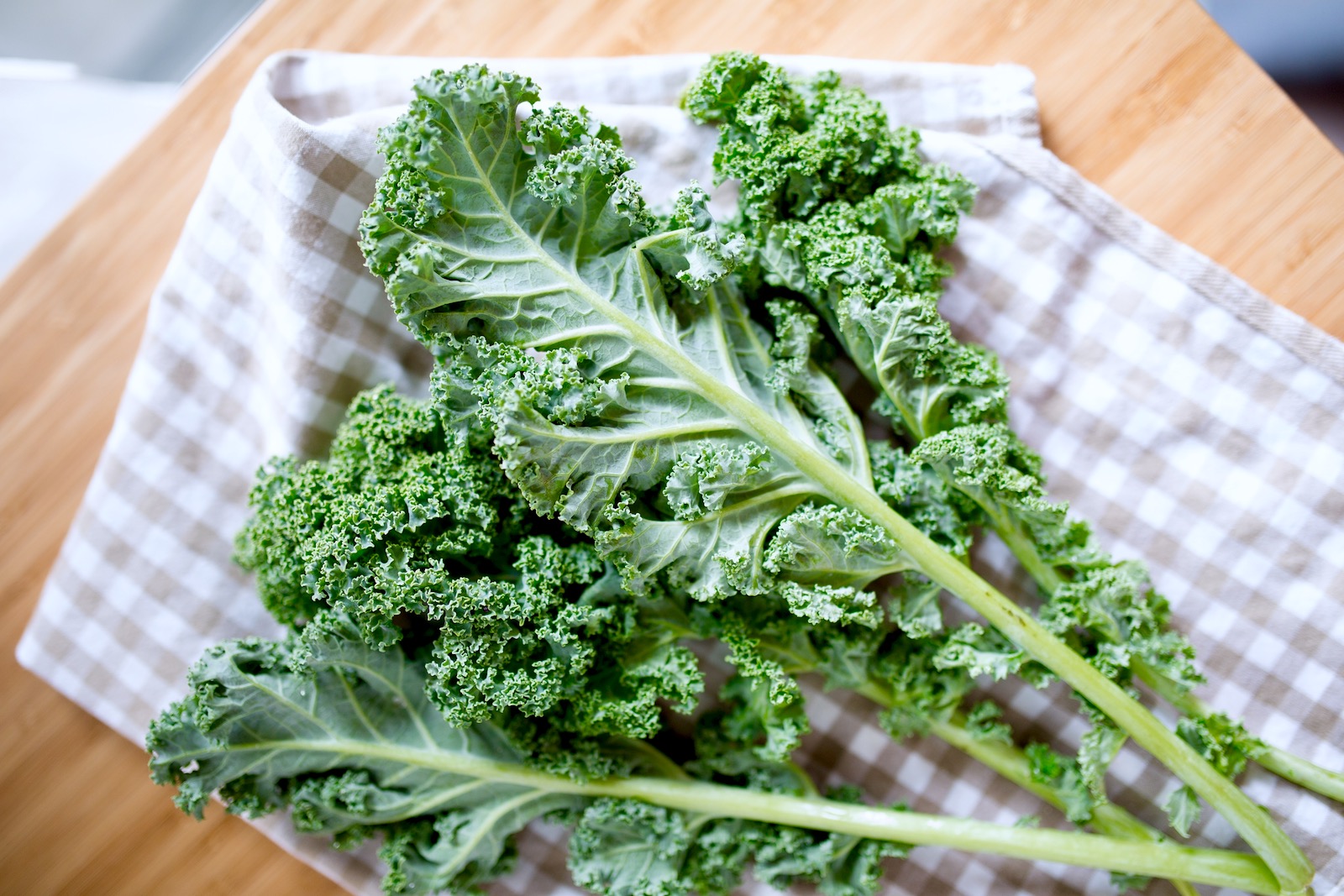 Remember when kale chips were all the rage? Yep. After Gwyneth Paltrow taught the world to make them on the "Ellen" show, the crunchy green crisps became the gateway drug to the hottest vegetable trend of the 2010s. The furor was fueled by both a newfound national interest in healthier eating and green juices.

But the humble brassica’s claim to fame was actually prompted by Beyonce, who wore a "kale" sweatshirt in her "7/11" music video in 2014. Once the Queen B endorsed it, the vegetable took off.

Bloomberg reported that the agricultural production of kale rose 60 percent between 2007 and 2012, and a study in subsequent years showed a 47 percent increase in the inclusion of the vegetable on restaurant menus across the nation. 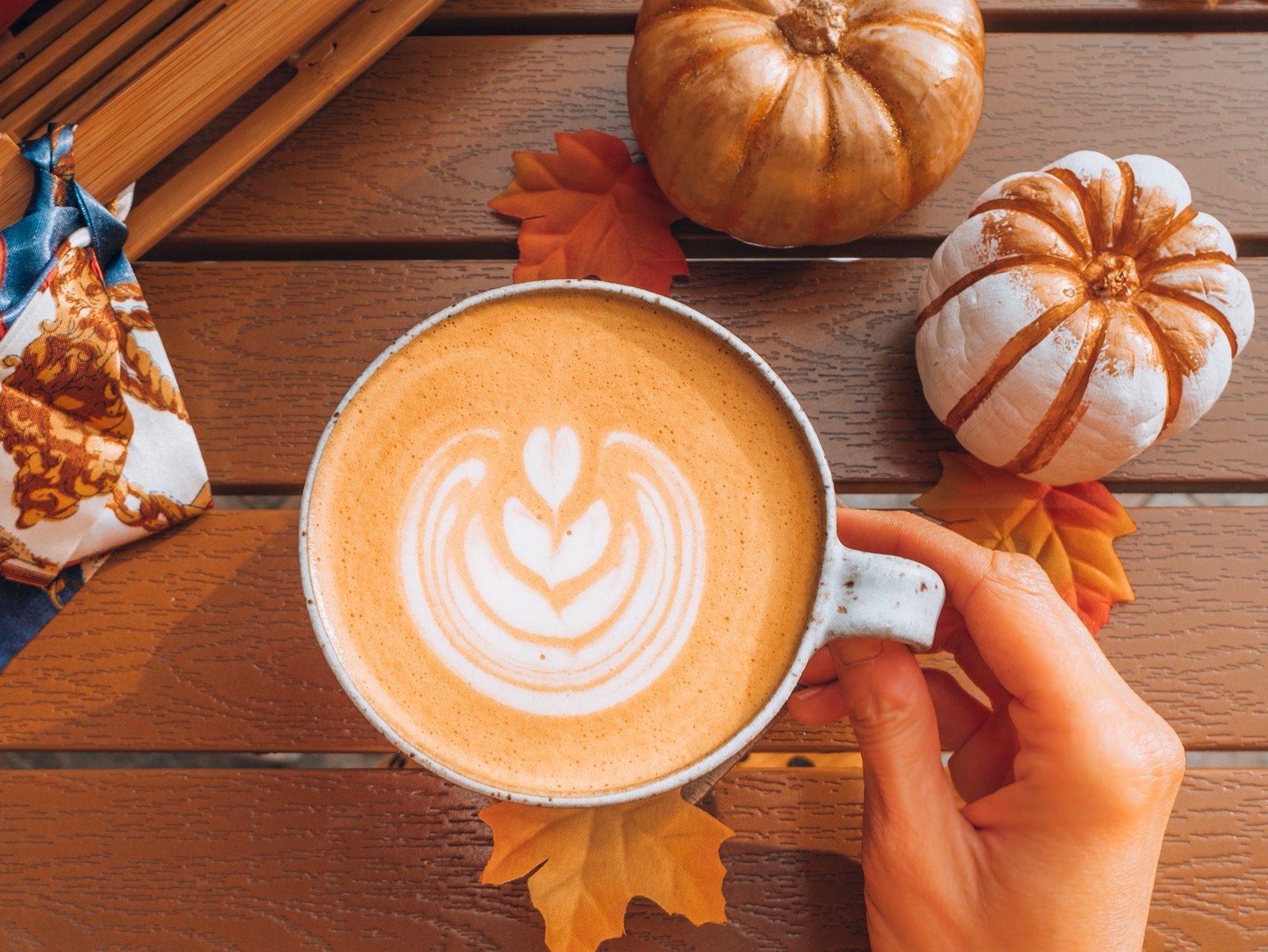 Some of you are probably shaking your heads at this one (trust me, I know). After all, Pumpkin Spice is a phenomenon that’s been in the national spotlight since 2003, when Starbucks made waves with the inaugural run of their seasonal Pumpkin Spice Latte (AKA #PSL). Since that time, McCormick (who invented the spice blend in 1934) has seen sales of the blend grow by 80%. In fact, the trend only grew in the 2010s, as companies across the food world introduced new pumpkin spice items.

However, thanks to consumer love for the comforting flavor blend,  we’ve entered a new era of #PSL-ness. Pumpkin spice lovers have not only become aware of the joke, but they are are eagerly embracing it as part of their personal identities (enter the #basic persona, a term which embodies the average "Sex and the City" viewer and consumer of pumpkin-spice lattes). In response, corporate food has taken note. Starbucks created a private Facebook group it uses to share #PSL updates with fans, and big brands – from Captain Morgan and Oreo to Cheerios – have joined the fray with limited edition seasonal items. 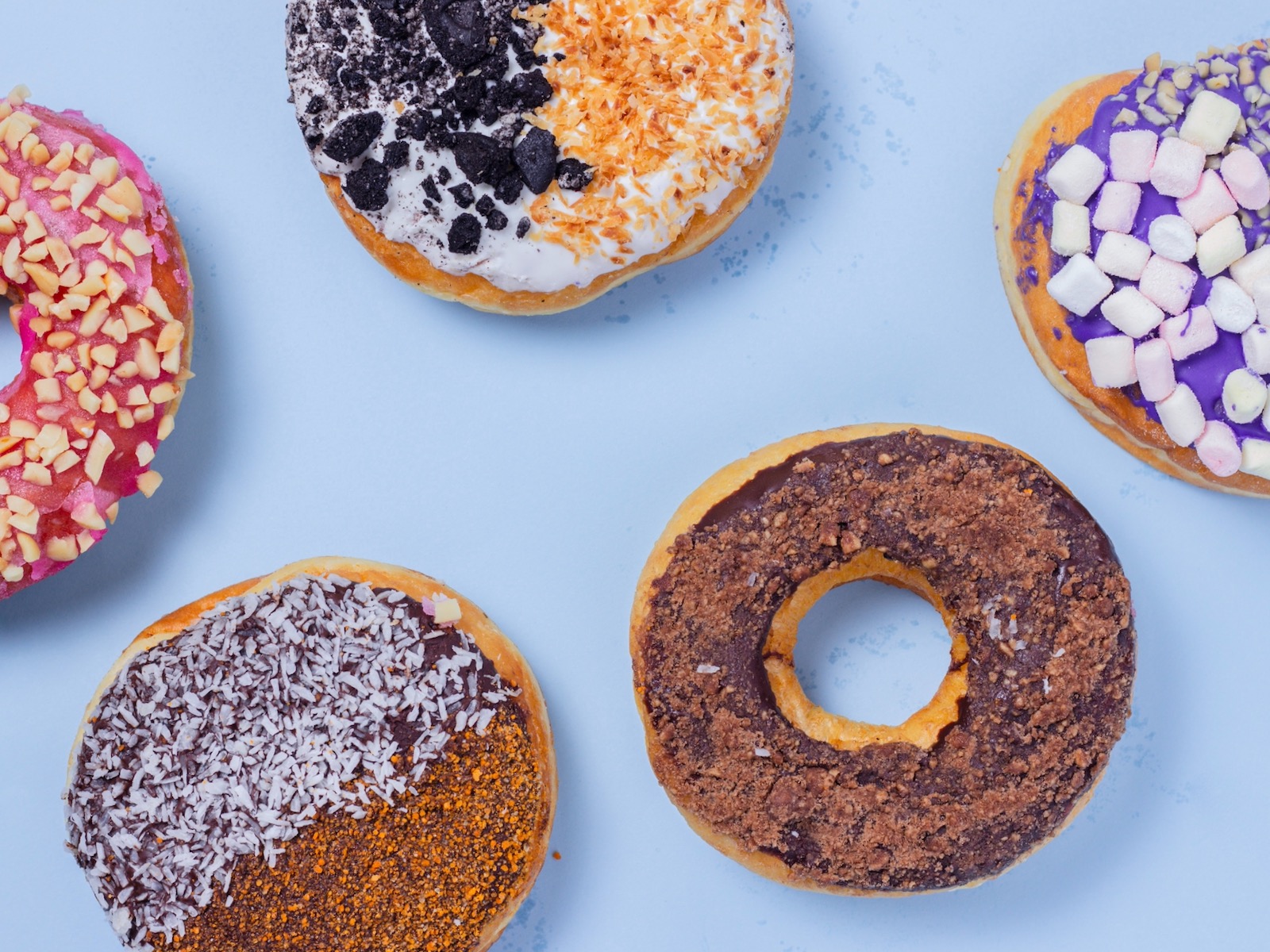 "Doughnuts are the new cupcakes." It was a phrase that got tossed around a lot in the early 2010s. At the time, the restaurant world was still reeling from the recession. But doughnuts were comfort food, so they hit a high note with consumers, who were willing to pay a small fee for a few sweet bites of dough. And doughnut shops began springing up around the country.

The craze was fueled by numerous things. One occurred in 2013 when Pastry Chef Dominique Ansel introduced New York to the cronut, his doughnut-shaped confection made from flakey croissant-like dough (it became a social media phenomenon). But the world also saw a surge in unique new doughnut shops – like Blackbird Doughnut in Boston and Glazed & Confused in Chicago – which followed in the footsteps of Oregon’s Voodoo Doughnut, a shop which had captured national attention with a slew of out-of-the-box toppings like corn-flakes, chewing-gum, M&Ms and bacon.

As a result, doughnut fever spread. And every major market, along with a variety of smaller cities, now have upscale, artisan doughnut shops, many offering unique flavor profiles and (often) price tags to match. 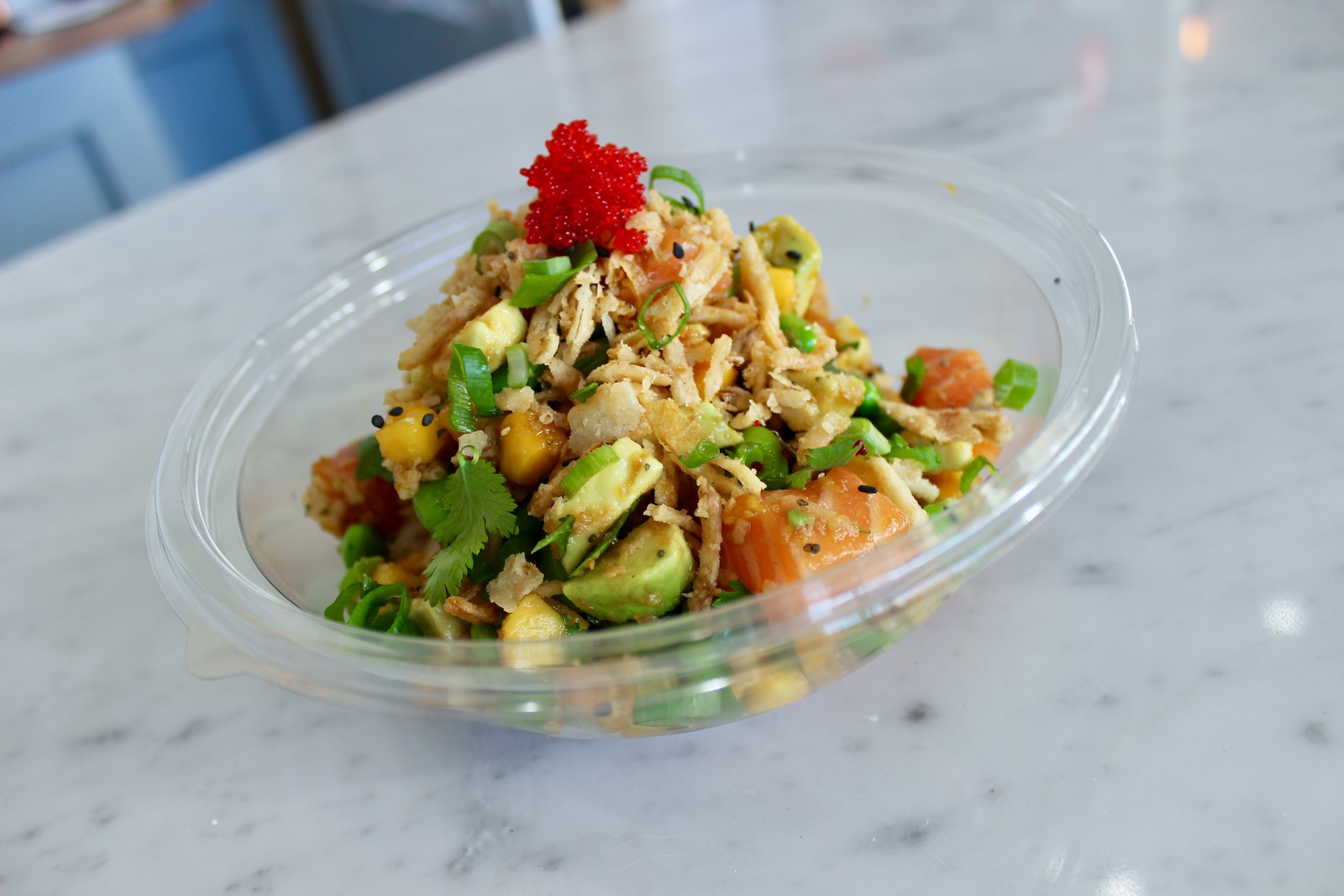 A humble Hawaiian dish comprised of sushi-grade raw fish, rice and a simple marinade transformed the nation in the 2010s, when it serendipitously birthed a national fast-casual food craze. Originally appearing on higher end restaurant menus as a crudo or ceviche, the dish went big in 2015 when Pokéworks – the first notable poke spot outside of Hawaii – opened its first store in New York City. From there, the crowds went wild.

By 2016, more than 700 restaurants nationwide served poke (as tracked by Foursquare and Eater.com), marking a 100 percent increase from 2014. And that trend continues upwards, with restaurants like Aloha Poke expanding at record speed (the Chicago-based chain is forecasted to have 100 stores by the end of 2020). 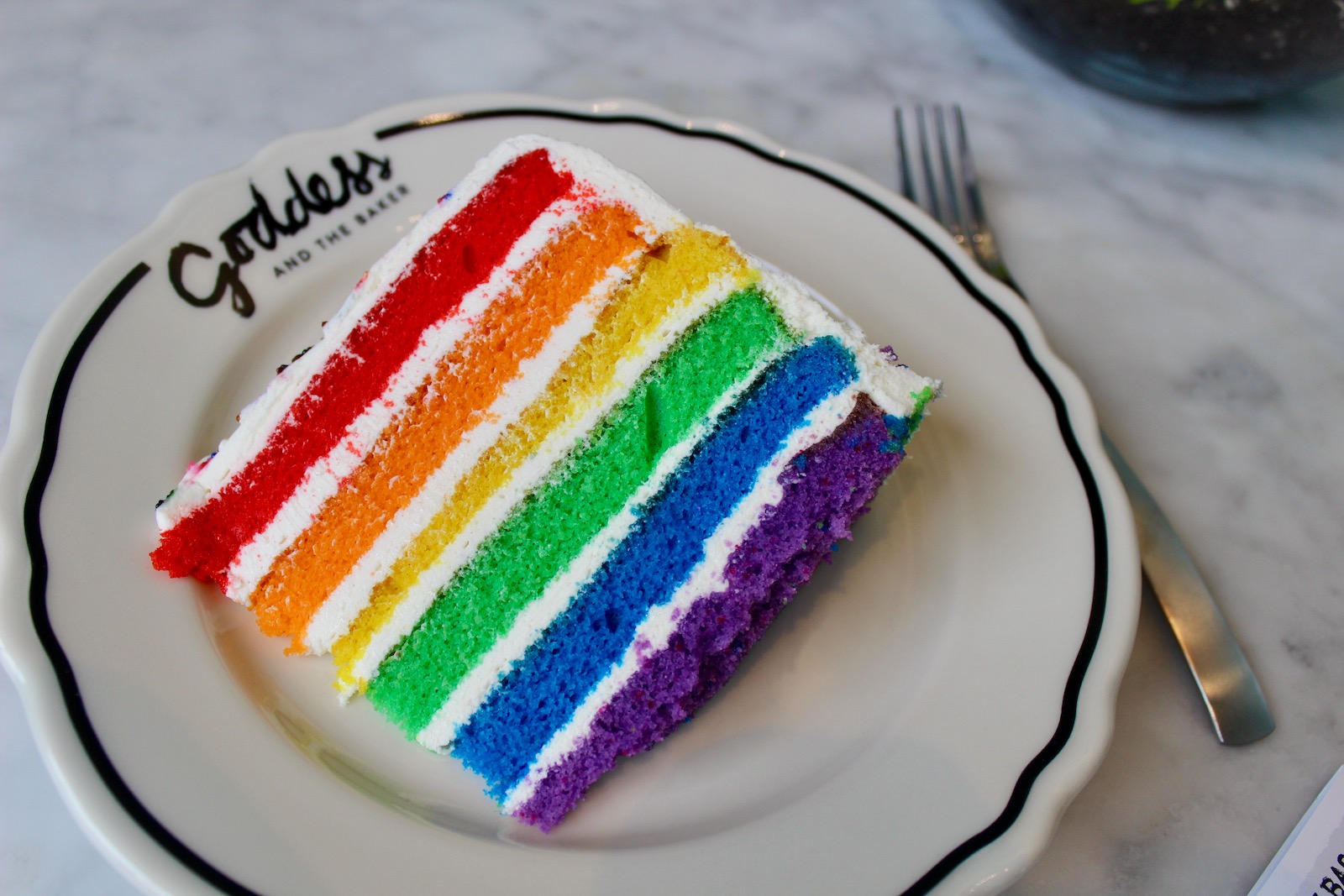 When it comes to food trends, indulgent foods often glean the most popularity. And those that are photogenic have the best chance of becoming social phenomenons. Such was the case with unicorn food, an Instagram-fueled trend which birthed countless food items jazzed up with rainbow-colored dye, glitter and other vibrant details. During its life cycle, the trend also morphed to include "mermaid" foods (including pastel colored mermaid toast and the like).

The trend began on Instagram with bloggers like Adeline Waugh, a Miami-based health and wellness blogger who began using beet root as a natural dye to make her creations pop. And it expanded from there to include any number of national phenomenons from Starbucks’ Unicorn Lattes to rainbow cake.

Sometimes a trend unearths longtime gems, and brings them into the spotlight. Such was the case for the Bagel Store in Brooklyn, which had been cranking out rainbow bagels for over two decades before the unicorn trend began (and even taking flak for ruining the New York bagel). But when Instagram filled with thousands of rainbow colored objects, the bakery was rewarded with crowds of customers eager to ‘gram their multi-colored baked goods. Sadly, their viral fame wasn’t enough to keep The Bagel Shop open. 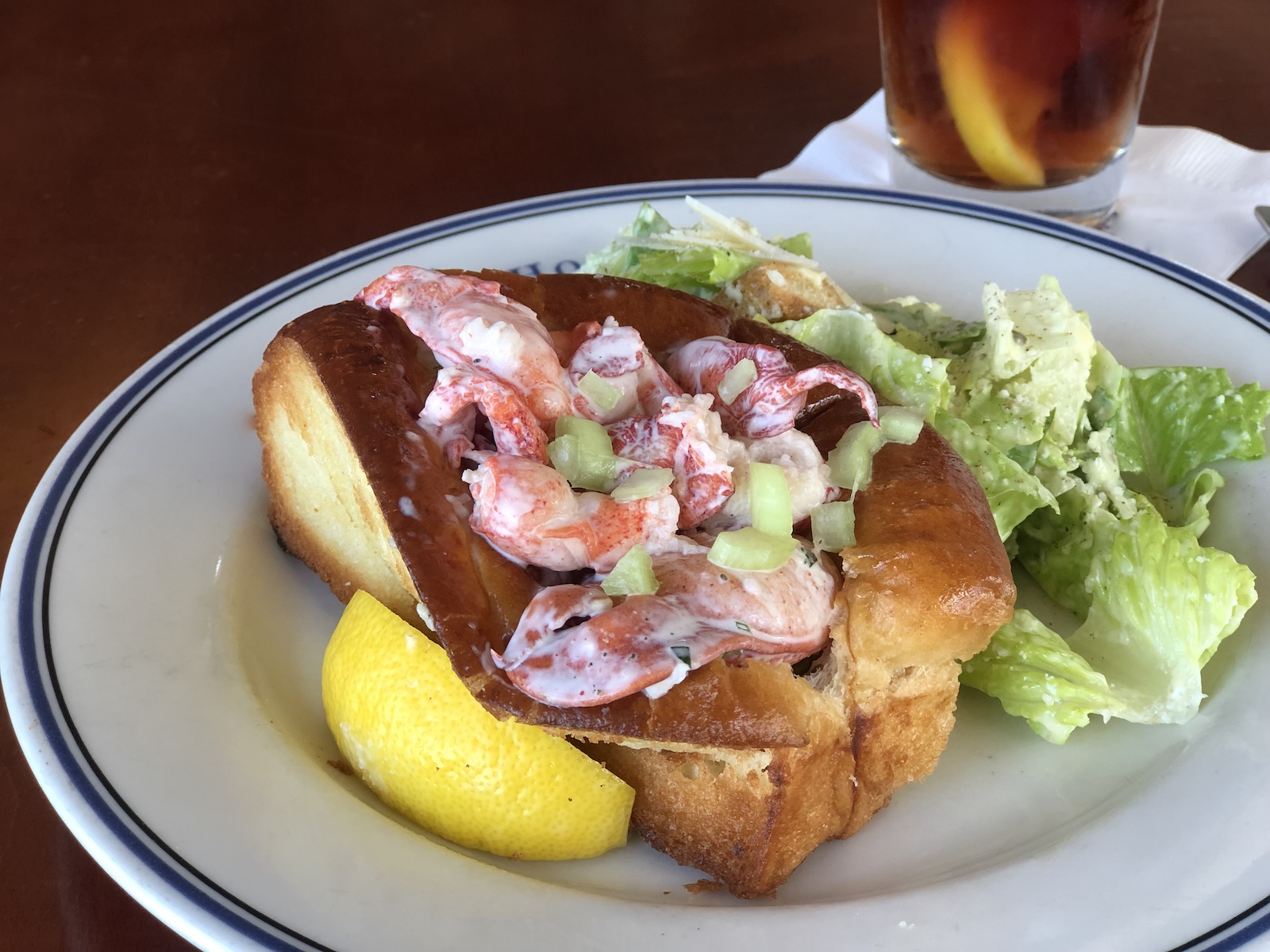 Another resurgence in popularity that occurred in the past five or so years came in the form of the lobster roll, which escaped the confines of its East Coast origins and began appearing on restaurant menus around the country (McDonald’s even released a McLobster sandwich, first in Canada and then on the East Coast in the mid 2010s). Some versions have showcased more adventurous twists (incorporating ingredients like wasabi, garlic and chilies to the mix); but the New England and Connecticut styles are still among the most popular. 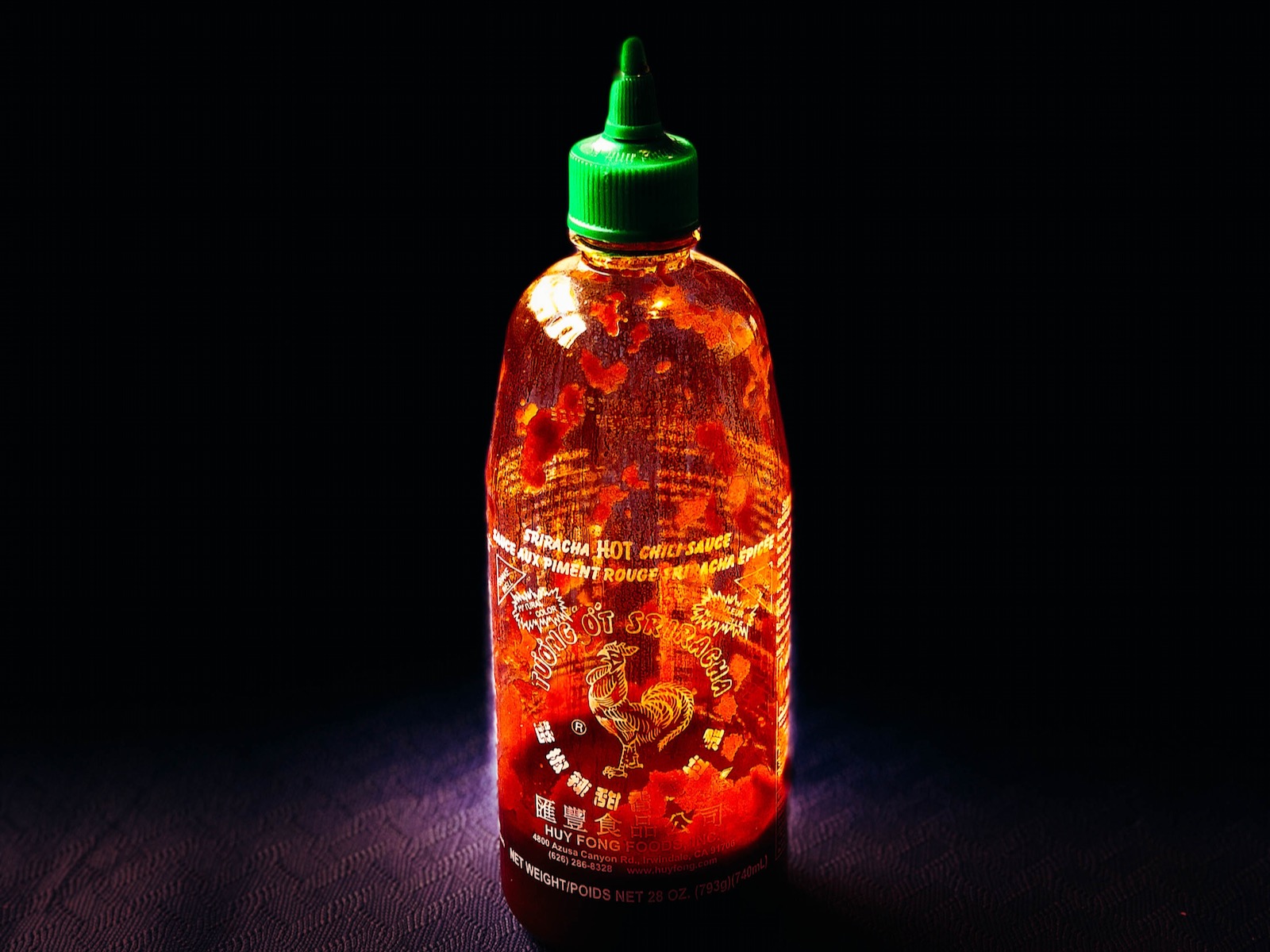 These days, Sriracha is everywhere. In fact, it’s in so many places that we barely think about it anymore. But in 2015, it was an entirely different story.

Sriracha was big (and I do mean BIG). You might remember that Trader Joe’s sold Sriracha potato chips (and then discontinued them). Heinz added it to their ketchup. Rogue Ales created (and then re-released) a Sriracha Hot Stout. Chobani introduced Sriracha mango Greek yogurt. In 2015, Huy Fong (the company that makes Sriracha) sold right around 20 million bottles of the stuff. That same year, Kylie Jenner dyed her hair green, put on a red sweatshirt and Instagrammed: "Don’t you just love Sriracha bottles?" Yep, that went viral with over 1.1 million likes.

Eleven food trends that could stick in 2014

Getting your goat: Right here in Milwaukee