A pair of crocs. A table cloaked in a white tablecloth. Two bottles of wine. Two wine glasses. These items set the stage Saturday morning at the Riverside Theater, where friends, family, colleagues and food-loving Milwaukeeans gathered for a two-hour celebration of the life of Joe Bartolotta.

A pair of Crocs.
A table cloaked in a white tablecloth.
Two bottles of wine.
Two wine glasses.

These items set the stage Saturday morning at the Riverside Theater, where friends, family, colleagues and food-loving Milwaukeeans gathered for a two-hour celebration of the life of Joe Bartolotta. 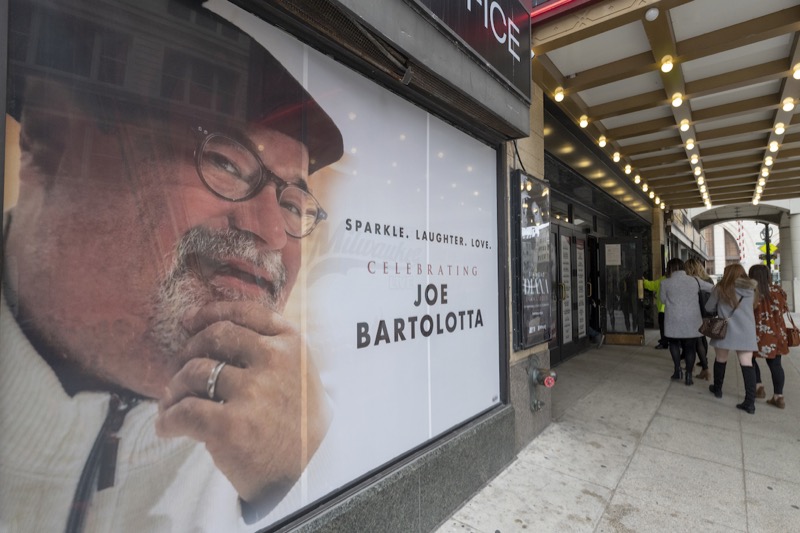 It was a room filled with what many speakers referred to as FOJs, "Friends of Joe" ... because everyone who met Joe, even casually – even once – was made to feel that special.

"We are the products of Beverly and Tudy," noted Chef Paul Bartolotta, Joe's brother. "Of big hearts and food … At his core, my brother focused on family, friends, employees, guests and community. ... And he made everyone feel important. And here’s the secret for you: you were." 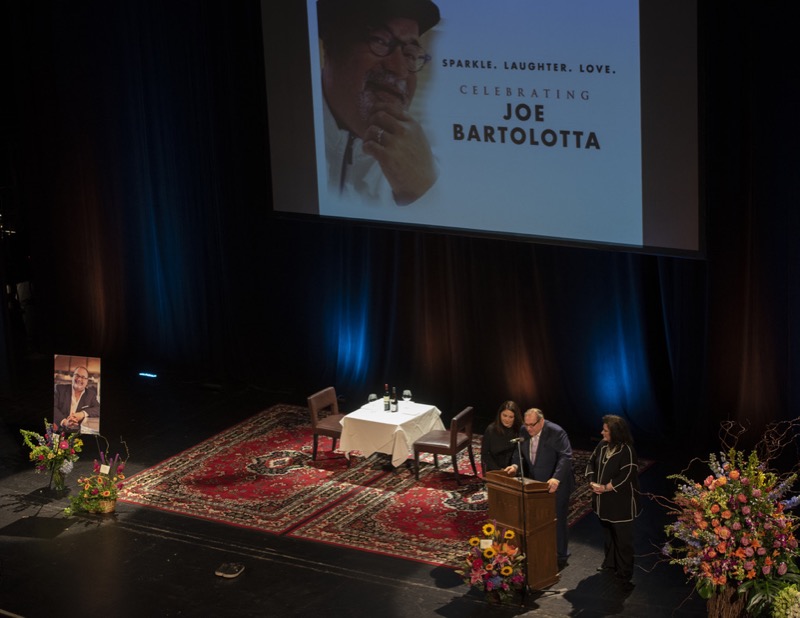 The morning was filled with prayers, stories, coffee and mimosas. It was a time filled with reflections, a call to carry on Bartolotta's legacy and to continue to spread his love. At the same time, it was a challenge for the community to come together and better itself.

"Did you all have the Bloody Marys and beer coming in?" asked Rev. Timothy L. Kitzke of Old St. Mary Parish with a grin. "I really preach much better when my congregation’s been drinking."

He called attention to the power of communion, not just the sacrament, but the sharing of food and the gathering of people.

"What we celebrate and remember today is a man who believed that food and drink and friendship get us through anything," he said. "And the world needs that communion more than ever ... "

Joe’s daughter Anna reflected her father’s congenial sense of humor back to the audience. His brother-in-law and kidney donor, Jamie Shiparski, reflected on life given and life taken  away.

His colleagues Jana Michaelis, Keith Trafton, Scott Williams and John Wise shared their personal experiences working at Bartolotta’s side for a decade or more. 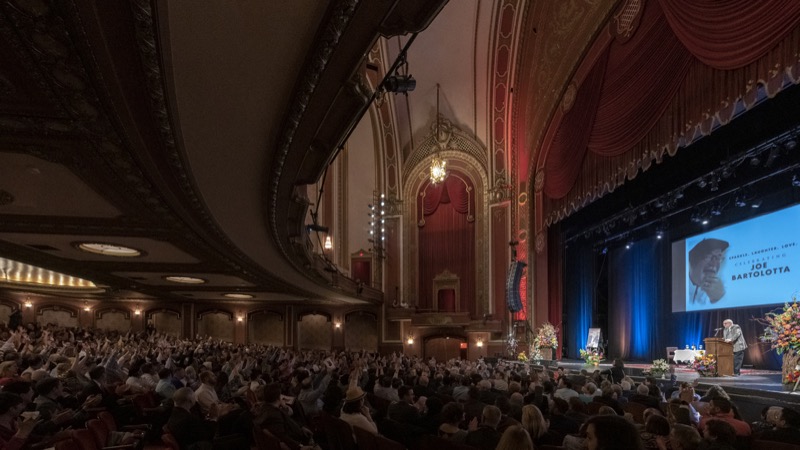 The stories were personal, often funny, sometimes ribald, and occasionally accompanied by a combination of swearing and hugging. And most ended in a call to action.

"I invite you to join me in this …" Wise said. "To continue to be a part of Joe’s legacy. To be better. Kinder. More considerate. Going out of your way to help people. I’ve already started. Yesterday I did not honk when some other car ticked me off with their inferior driving …" he added with a smile.

"I would sometimes argue with Joe that we could not do something, that it wasn’t practical," noted Wise. "And he would look me in the eye, and say softly: 'But what if we could?'"

The stories were personal, often funny, sometimes ribald and occasionally accompanied by a combination of swearing and hugging. 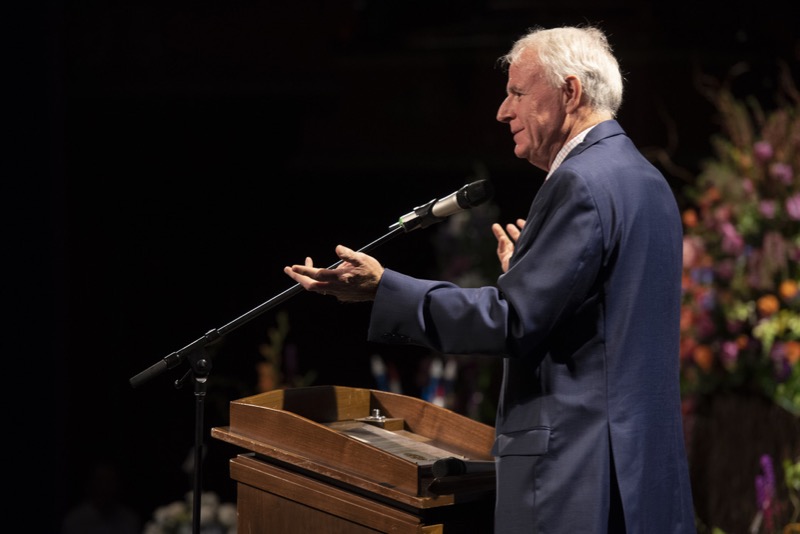 And Jennifer Bartolotta took the stage, stood aside Bartolotta’s Crocs, his Superman lunchbox in hand, and paid tribute to her "cute boy" with candid stories of her husband, his love for the people around him and his life working to move Milwaukee forward. 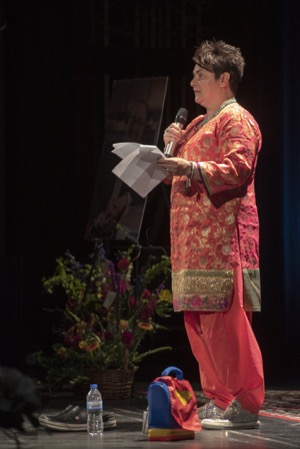 "He spoke from his heart," she recalled. "He refused to be scripted … Joe showed up. He spoke up. And when needed, he stood up ... He was so very troubled by what divides us in this city ..."

"He saw what could be and wanted with all of his soul. He saw a bigger, brighter future for this city and worked tirelessly to help us get there."

And she urged the audience to follow in his footsteps.

"Listen up, Milwaukee," Jennifer pleaded. "One of the greatest opportunities that this city has ever been granted has been handed to you on a silver platter. Joe wants you to know he’s watching fully expects that we’ll all work together – in ways that may challenge us – for the greater good of this mighty city and its future."

"His legacy speaks for what’s possible amid great uncertainty," she noted. "And with your continued love and support, we’ve got this."