How does a guy living in Queens, New York, become one of the most respected - and most followed on social media - Packers writers? Because I met Nagler on visit to New York City earlier this year, I knew the answer. But, read on and you'll know, too.

Most recently, writer Aaron Nagler was covering the Packers for Gannett, and you likely saw his byline in the local paper here.

But, Nagler is now again focused on his own space in the Packersphere – cheeseheadtv.com – and, he says, "I’m loving it. LOVING it."

But how does a guy living in Queens, New York, become one of the most respected – and most followed on social media – Packers writers?

Because I met Nagler on visit to New York City earlier this year to watch the Brewers play the Mets not far from where he lives, I knew the answer. But, read on and you’ll know, too.

We hit Nagler with eight questions – one for each Packers home game – and he explained, from Queens, how a guy from Queens has become your best source for Packers news. 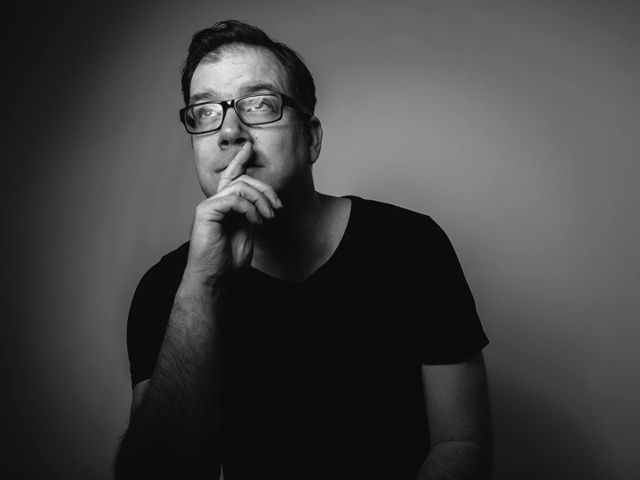 OnMilwaukee: Folks might think that a Packers beat writer and blogger who lives in Queens is an oddity, but you’re from Wisconsin right?

Aaron Nagler: Yup, I grew up in Appleton.

Did you start out as a journalist?

No, I began as an actor.

What was your path from acting to where you are now?

I was on the road doing the Broadway tour of "The Full Monty" when we got pregnant with our second daughter. I decided being on the road with young kids was just too hard – I missed them too much. So I left the tour and came back to NYC and got a 9-5 desk job. While I was doing that, I decided I needed some kind of creative outlet, so I started blogging about the Packers.

My friend Corey Behnke, who I knew from school and who was also a huge Packers fan, said we should do a podcast to go along with my blogging and make it all a website. Thus, Cheesehead TV was born. That was in 2007. CHTV has grown into one of the most popular Packers websites in the world.

My blog grew big enough that Bleacher Report asked me to help them with their NFL coverage. From there I went to Sports Illustrated and then to covering the Packers for Gannett. This past August I decided I wanted to come back to the website I co-founded and do my own content rather than someone else's.

Does being in New York City hamper your ability to cover a Green Bay team?

NYC makes things interesting, but once Twitter and real-time updates came into the mix, it really wasn't difficult.

Now that I spent a few years on the beat, I do miss some of the personal interaction with people in the mix, so to speak. Not just the players, coaches and personnel people with the team, but the other folks on the beat. You get used to them. One of the things I really miss is sitting next to Tom Oates of the Wisconsin State Journal in the press box while the Packers were on the road. Tom has seen it all and has so many great stories.

Are you able to build relationships with players, coaches and front office from so far away or do you have to find alternative ways to do it?

When I first started, social media was the only avenue I had to interact or get to know anyone associated with the team. I was lucky because I was in the social space before a lot of people, so I had kind of already developed a bit of a voice and a brand that people with the team recognized.

I assume your work helps you get back home quite a bit. What do you miss most about Wisconsin?

When I was still with Gannett, I was back for every Packers home game. My parents still live in Appleton, so I stayed with them. I can say, without reservation, the thing I miss most about Wisconsin is my mother's cooking.

Do you ever think about moving back?

What are your thoughts on how the Packers are doing this year and what their prospects are?

It's been a bumpy start for the Packers, but I tend to think they'll get things figured out. They have a tough stretch coming out of the bye week, but I fully expect them to make a run at the end of the season.