2016 has been an intense year for seemingly everyone and everything, including the Milwaukee County Parks. There was upheaval and controversy, but also numerous positive parks moments. According to County Executive Chris Abele, there are more to come.

2016 has been an intense year for seemingly everyone and everything – including the Milwaukee County Parks. There was upheaval and controversy, from posses of Pokémon players in Lake Park to the shutdown of Sherman Park to the Domes disaster.

However, there have been some positive parks moments this year, and according to County Executive Chris Abele, there are more to come. OnMilwaukee recently spent an unseasonably warm afternoon in Moody Park on Milwaukee's North Side – which underwent a $2 million makeover in 2015 – and talked about the challenges and the triumphs of Milwaukee's park system.

OnMilwaukee: What is your vision for the future of the Milwaukee County Parks in general?

Chris Abele: To continue to increase the amount of land that is zoned as parks, as we’ve done over the past five years. We want to continue to build on earned revenue. Beer garden revenue was up to $1 million in 2015, and it all goes back into the parks. We also plan to continue to catch up on deferred maintenance on the parks.

What about your vision of the parks has recently changed?

A couple things have changed in terms of focus. For a long time, plenty of the parks inside the City of Milwaukee were not getting enough attention, so we made a point to address that. We have made upgrades to Carver, Johnson, Sherman, Moody, and this is something we plan to continue.

How is the vehicle registration fee important to the parks system?

People don’t always realize the vehicle registration fee is the only tool we’ve got to raise revenue. If it passes, it’s not only available to be allocated for transportation, but can be used for bridges, walkways and parkways. It allows us to address aspects of the parks without having to borrow money. The revenue from the fee would represent the largest increase in funding in decades.

What are your future visions for the parks?

More programming, more partnerships. We want to catch up on infrastructure and deferred maintenance and make sure the parks are used as much as possible. To ensure this, before we make an investment in the parks, we spend a lot of time engaging the community. Listening, then listening some more.

Moody Park, for example. Before we made our big investment, we spent a lot of time talking to neighbors, faith leaders, schools, businesses and members of the community. We asked them, "What do you want in your park?" And not everyone always agrees, but if you take that approach then you not only reflect what the community wants, but there’s a sense of ownership and, most importantly, it’s used more. We’ve seen this in Moody, and we plan to see it in more city parks. 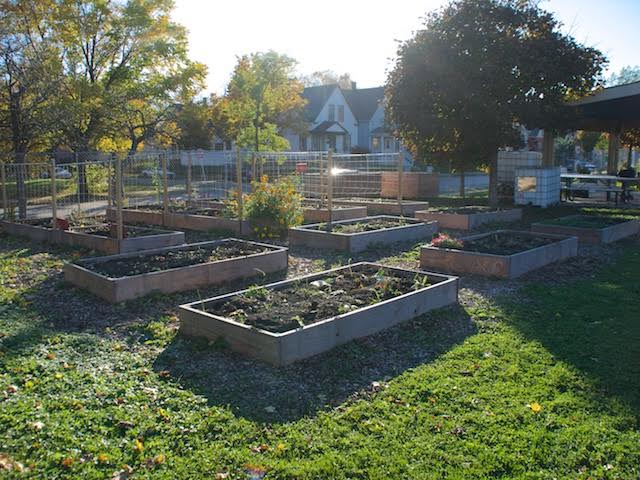 Absolutely. There’s a lot to talk about. The Sprecher guys have done phenomenally well with their mobile beer garden, and I think they’re interested in another mobile. I love this idea. It’s apparent the community loves beer gardens and local breweries sell a lot of beer and more revenue goes into the park. The question is, how many more can we do without over-saturating?

What’s going on with the Domes?

We’ve had many meetings and conversations discussing options and estimating costs. We know the opportunity for people to learn about botany and biology continues and is important, but the big question is does it make sense to do the same thing there? We’ve also thought about having the zoo fill these needs. Millions more people already go to the zoo, and there’s a ton of parking that’s highly visible.

If we were going to build a new dome, it certainly wouldn’t be the worst place to think about it. But again, it’s going to be about what the community wants. Regardless, if we don't have the vehicle registration fee, it’s difficult to see how we’d be able to pay for it.

The Pokemon issue in Lake Park seems have died down, but any final comments on this?

I'm very supportive of the people who like to have fun in our parks and, in my opinion, video games outdoors are better than the video games that keep you indoors, but I'm also sympathetic to people who have homes and pay big taxes and have people not always being as respectful. As usual, we are trying to have the best of two worlds and listening to as many people as we can and working to create restrictions and allowances that work for everyone.

What’s going on with the dam in Estabrook Park?

I’m a longtime supporter of removing the Estabrook dam. I remember being around when the removal of the North Avenue dam happened, and a relatively small group was very vocal in their opposition and predicted all sorts of dire consequences after the removal – none of which came to pass. What did happen was a lot of new trails emerged and the water is cleaner and there are 40 new species of fish. You don't have to pay nature to be nature.

We at the county have an obligation to do the best we can to preserve the natural environment, safety and be good fiscal stewards. This seems to check all of those boxes.

Final thoughts on what happened in Sherman Park this summer?

Sherman Park is a beautiful park and was neither the cause nor the location of the unrest. I was frustrated with the presence of an orange snow fence around the park (which was ordered to be installed by Sheriff David Clarke).

All the snow fence did was separate a great community from a great park and made it look more like a crime scene. I don't know what the sheriff was seeking, but it wasn't respecting the neighborhood or working with the neighbors. The police wanted it down, the neighbors, the businesses, everyone, except the sheriff. We work really hard to try to get as many resources into parks, and when we have to pay sheriff’s deputies overtime to reinstate a fence that nobody wants, well, it really doesn’t make any sense.

I wish the process to remove it hadn't taken so long – and cost so much – but as the sheriff likes to remind people, he doesn't report to me. I suppose it will be an interesting memory when I look back at quirky experiences.

Do you have a favorite park?

It’s like picking a favorite child. It really is. I like Moody Park a lot because it represents and feels like community. It’s a very well-used park and when that happens, we’re getting it right. 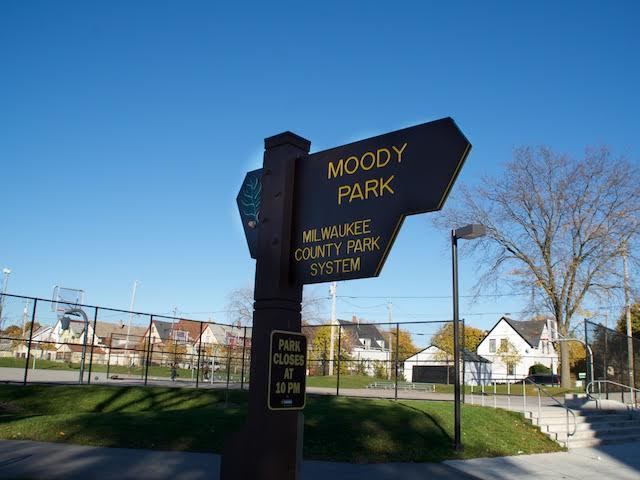 Are there any plans, or any intentions, to sell county park land?

No. My intention is quite the opposite – it is to continue adding parkland and protecting more of our natural spaces. In the past five years we've added more than 150 acres of parkland and I'm always looking for ways to add even more. Part of how we've been able to do that is by better managing the parkland we do have, catching up on deferred maintenance, and expanding our conservation efforts. With the revenue generated by the vehicle registration fee and the millions of dollars we will save by removing the Estabrook Dam, the County should be well-positioned to continue investing in our award-winning parks.