On Friday morning, America's Black Holocaust Museum (ABHM) unveiled a sculpture by Sanford Biggers at its new home on the corner of North and Vel R. Phillips Avenues, and announced more than $1 million in funding from the Greater Milwaukee Foundation.

On Friday morning, America’s Black Holocaust Museum (ABHM) unveiled a sculpture by Sanford Biggers inside its new home on the corner of North and Vel R. Phillips Avenues.

"BAM (Seated Warrior)" is yet another permanent addition to the city that first appeared as part of the annual Sculpture Milwaukee public art event.

The artwork – and an accompanying $1.12 million in funding – is a gift from the Greater Milwaukee Foundation and anonymous donors.

The funding gift for the museum comes in the form of a $1 million grant from the Foundation on behalf of an anonymous donor, and a three-year, $120,000 grant from GMF’s responsive grantmaking program, and will, in the words of a statement issued this week, "contribute to the ongoing development and support of ABHM as it builds staff capacity and programming." 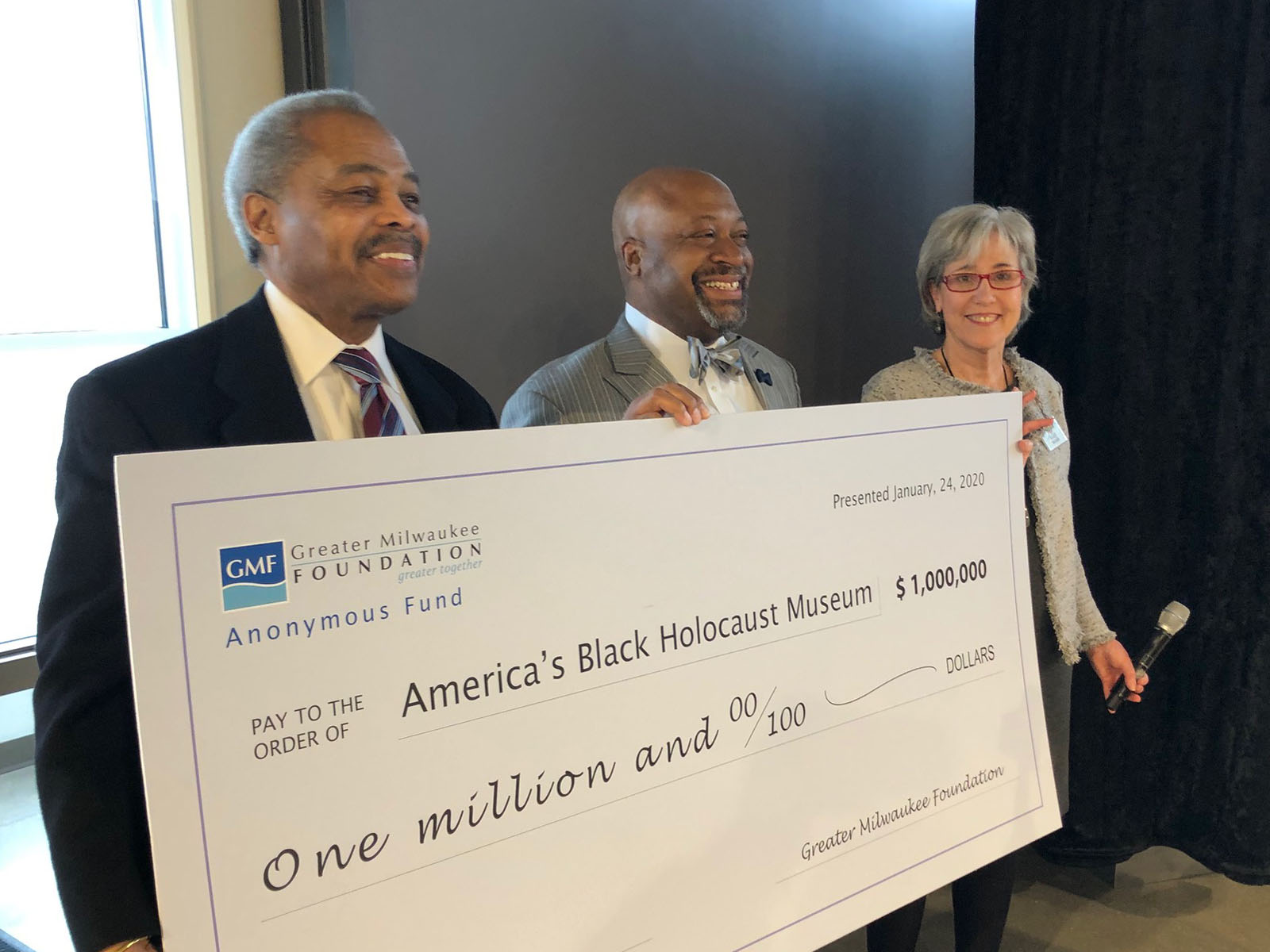 According to museum board chair Dr. Ralph Hollman, $750,000 of the $1 million gift will be used to create an endowment.

"This is going to be the foundation for the long-term sustainability of the museum," Hollman said.

Biggers’ work was part of the 2018 Sculpture Milwaukee exhibit and spent that summer in front of the Milwaukee Club, 500 E. Wisconsin Ave. 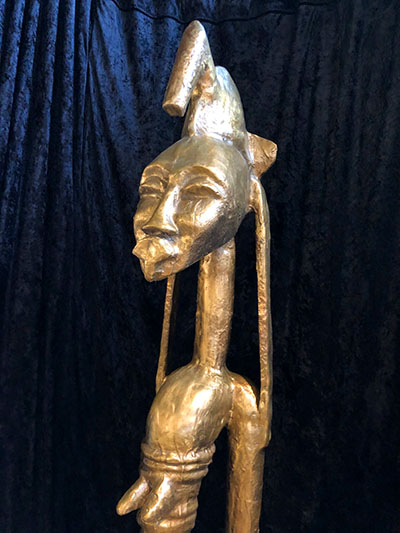 The Los Angeles-born Biggers lives in New York. He said Friday that he's happy the work will be on display at ABHM.

"It's like she's coming home," said Biggers at the unveiling.

According to Sculpture Milwaukee, "for ‘BAM (Seated Warrior),’ (Biggers) cast a marked and mutilated African ‘power’ figure in bronze, expanding its size to both hide and exaggerate the violence done to the original."

Most of the figures in the series, Biggers said, "represent black people killed by the police," but not the one that's remaining in Milwaukee.

"She is the matron saint of all these figures" in the series, which Biggers says, "is a controversial one."

"Sanford Biggers is one of the most important artists of his generation, who challenges the cultural tropes of how Western society sees African art and objects," said Marilu Knode, director of exhibitions and programs for Sculpture Milwaukee, in a statement.

"By using a traditional female African ‘power’ figure as a metaphor for contemporary violence against black Americans, Biggers ‘hacks’ into art history as well as current social and political norms that bind how we live together."

"We are thrilled to see this intersection manifested with a new permanent home for BAM (Seated Warrior) at ABHM."

Other former Sculpture Milwaukee works that are now permanent fixtures on the city’s landscape include Robert Indiana’s iconic LOVE sculpture at Milwaukee Art Museum and Radcliffe Bailey’s "Pensive," which will be installed in the plaza of the new BMO Tower at 780 N. Water St., among others.

Founded by the late Dr. James Cameron, America’s Black Holocaust Museum was created to share the untold and under-told stories of African-American history. The museum closed in 2008, but launched a virtual version four years later.

The museum's new facility is part of the Griot Development that also includes newly constructed residential units on the site of the former museum building as well as more apartments located in the renovated historic Garfield Avenue School next door.

"The reemergence of the museum is critical for a time such as this, and I am honored and humbled to continue the work and the legacy of our founder, Dr. James Cameron," said Dr. Robert (Bert) Davis, president and CEO of America’s Black Holocaust Museum.

Davis said that the museum's plan is to reopen in time for the Democratic National Convention here in July.