Adventure Rock opened the doors of its brand new East Side location on Saturday, June 18. As early as 1 a.m., dedicated climbers were waiting in line to set first chalky fingers on the dozens of new climbing routes spread out over 16,000 square feet.

Explore the best Milwaukee has to offer with VISIT Milwaukee and OnMilwaukee this summer by "Urban Exploring." We'll be sharing parks to hike, walls to climb, rivers to paddle, trails to bike and so much more. Be a tourist in your own town and experience it with us!

Adventure Rock opened the doors of its brand new East Side location on Saturday, June 18. The new gym is situated along the Milwaukee River and Beerline Bike Trail at the intersection of Milwaukee’s vibrant East Side and Riverwest neighborhoods.

As early as 1 a.m., dedicated climbers were waiting in line to set first chalky fingers on the dozens of new climbing routes spread out over 16,000 square feet and up walls as high as 42 feet. 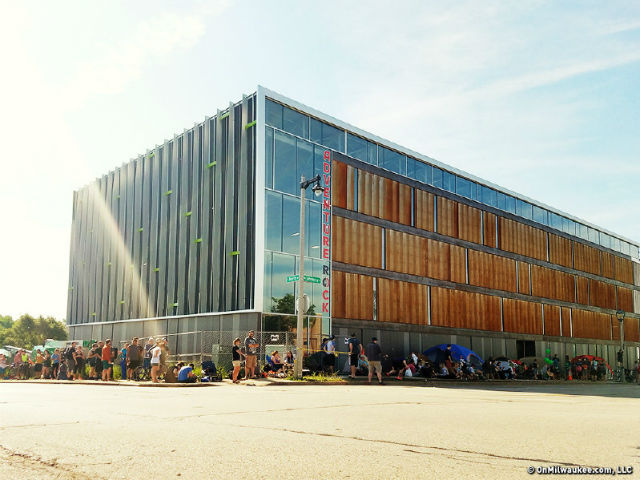 Patrons camped out as early as 1 a.m. to get a first look at the new facility.

To keep up the excitement, a prizes were given away to the first 50 people waiting in line, as well as a chance to grab swag that sailed over head as it was launched from a compressed air cannon. 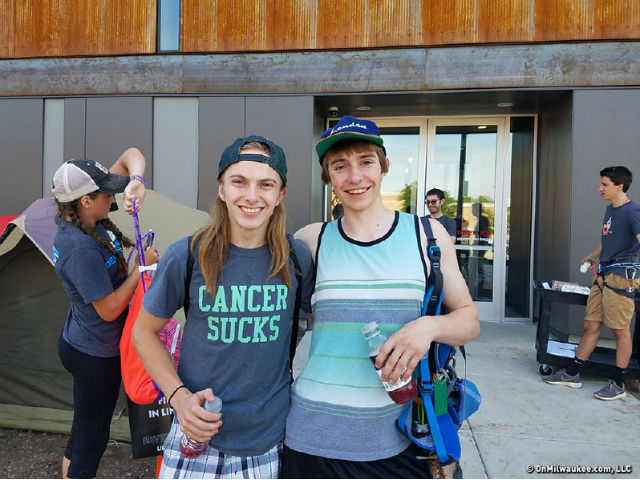 The gym is open for climbing today until 4 p.m. After which, it will temporarily close and reopen at 7 with live music and additional entertainment.

Kovac exclaimed, "I have never seen such enthusiasm [for a project] like this." Each representative took turns setting the starting hold of Adventure Rock Milwaukee’s new climbing routes. 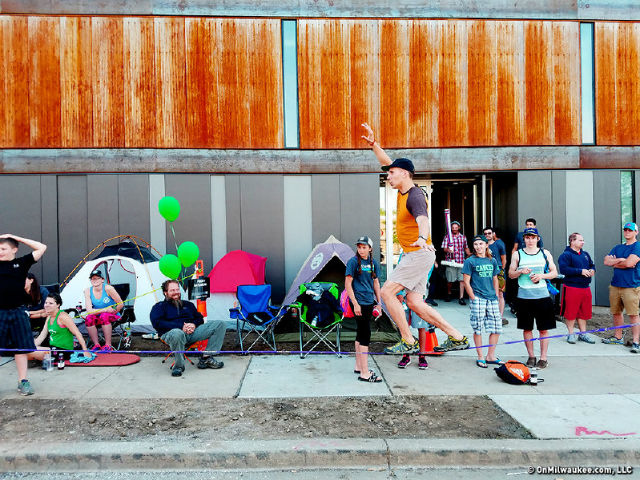 Patrons entertained themselves with slack lines, snacks and swag shot from an air cannon.

Adventure Rock offers drop-in pricing or monthly memberships to all levels of climbers and are open to the public from 9 a.m. until 10 p.m., seven days a week.