Mitchell Airport is launching a new rebranding and ad campaign to spread the message for travelers in Wisconsin and northern Illinois that MKE is the choice airport to take them "Wherever Your Heart Desires."

Milwaukee County’s General Mitchell International Airport (MKE) is launching a new rebranding and ad campaign, "Wherever Your Heart Desires," to continue to spread the message that for travelers in Wisconsin and northern Illinois, MKE is the choice airport offering friendly, personal service, with an easy curb to gate experience.

At the "heart" of the campaign is MKE’s route map featuring the 37 nonstop cities served by the airport’s eight airline partners, including Air Canada, Alaska, American, Delta, Frontier, OneJet, Southwest and United. The route map is centered on the heart of passengers throughout the airport, connecting the audience to the reason they travel, whether it is for business, friends or family. 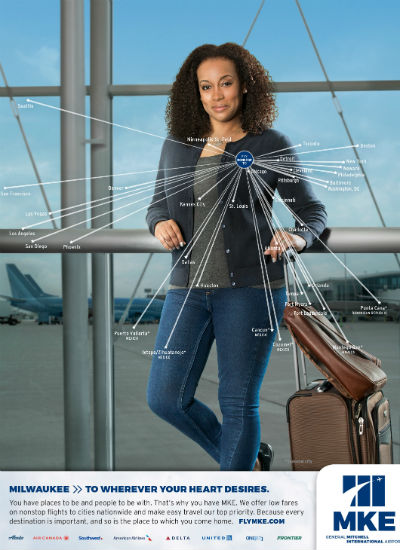 "The rebranding process began in 2015 with extensive traveler research and focus groups in Wisconsin and northern Illinois," said County Executive Chris Abele. "MKE has long been known as the easy travel airport for Wisconsin and northern Illinois travelers, offering the perfect mix of convenience, nonstop flights to more than 35 destinations, cost savings and affordable on-airport parking. The new ad campaign looks to build on that by connecting with travelers on a personal level. Once travelers try MKE and experience the alternative to stress and long waits in Illinois airports, they keep coming back." 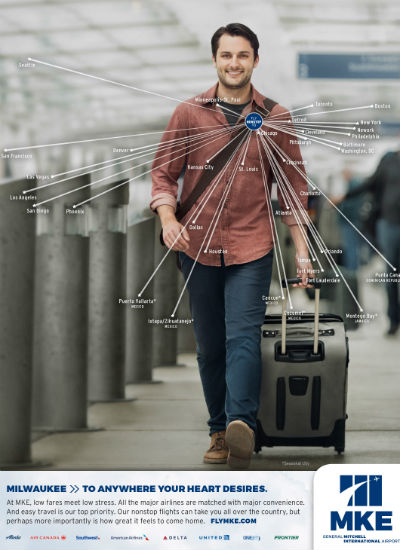 Created by a local Milwaukee marketing agency, the ad campaign features local area talent to create a connection to Milwaukee and Wisconsin, including local radio icon Carole Caine. The ads build on both the local connection for Wisconsin travelers, as well as the growing awareness of MKE’s comfort and convenience for Illinois travelers. 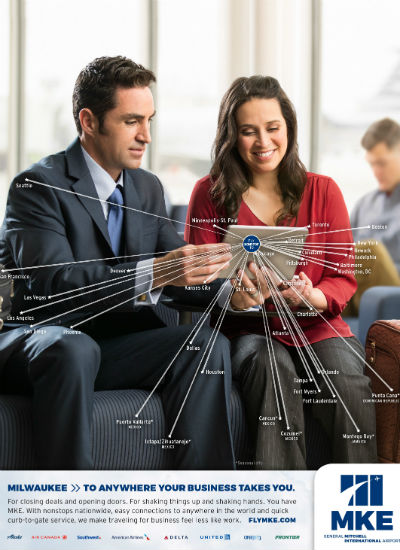 The campaign also includes a tweak to the airport’s logo which keeps the iconic look of the logo, but adds the letters "MKE", the airport’s designation used by many travelers when researching and booking flights online. 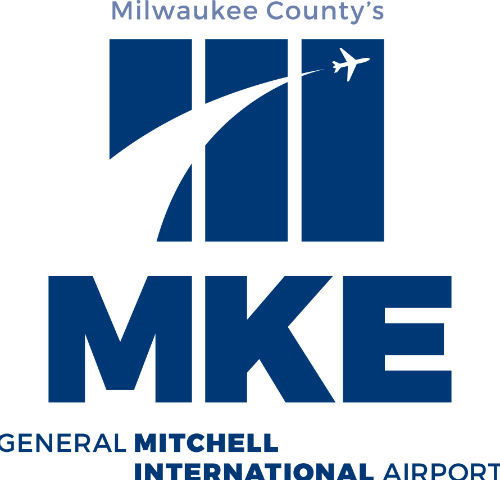 The public will begin to see the new ad campaign as it is rolled out in the coming weeks. Future plans include a redesigned, fully responsive web site later this year.

It's no blue shirt, but