You knew the mayor's race would get ugly eventually. The latest outrage comes thanks to a new piece in the local newspaper with the shock headline, "Ald. Davis posed with gangbangers in Facebook post." But Davis' reasoning is far less worthy of controversy.

By Jessica McBride Special to OnMilwaukee.com Published Feb 15, 2016 at 11:26 AM
The opinions expressed in this column do not necessarily reflect the opinions of OnMilwaukee.com, its advertisers or editorial staff.

Well, you knew the mayor’s race would get ugly eventually. We’re currently asked to be outraged because, as the local newspaper put it in a shock headline right before the primary, "Ald. Davis posed with gangbangers in Facebook post."

Stop the presses! Sounds shocking, right? Wrong. Instead, give Joe Davis a commendation for at least trying. Here’s the key point: Why did Ald. Davis pose with gang members? He was trying to stop them from engaging in lives of crime, clearly.

This is controversial? Frankly, Mayor Tom Barrett’s record when it comes to black Milwaukee has been abysmal, from poverty rates to incarceration rates to joblessness. Maybe the mayor’s race should focus on that: What is Tom Barrett’s plan for the African-American community? An NPR article from last year rounded up how bad it is by some measurements.

The smear job comes right as the mayoral primary is about to arrive on Feb. 16. That’s obviously important here. It’s an October surprise (well, a February one). So take a big guess who’s doing the leaking. This old Facebook post was leaked four days before. Pretty slimy. The other candidates running for mayor are the incumbent Tom Barrett, Ald. Bob Donovan and James Methu.

It’s below the belt and somewhat reminiscent of the tactics used during the 1988 Bush-Dukakis presidential election concerning Willie Horton and Massachusetts' weekend furlough program, in this case trying to link one of the two African-American candidates running for mayor, Davis, to fears of crime, especially relating to African-American criminals. Of course, we will never know who alerted the Journal Sentinel because they never give readers a clue. This is also wrong; if the tip was from a political opponent or his team, readers have a right to know.

Frankly, the real outrage here is that someone is using this 11th hour tactic against Davis, who strikes me as an honorable public servant.

It’s obvious Davis was not trying to condone the behavior of the gang members, who are members of the Wild 100s. It’s also obvious that this is a violent gang, and some of the members have committed awful acts. However, as Davis explained in the now notorious Facebook post, which is still up on his "Joe Davis Mayoral Candidate" website: 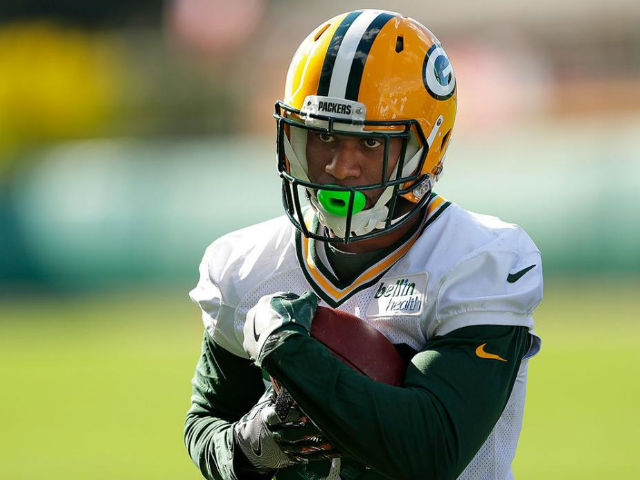 I’m sorry, but why is this supposed to be controversial? I see no evidence here that Davis is condoning the behavior of this gang. And, yes, the gang is violent and linked to criminal activity. We should judge that. It might have been nice if Davis would have threaded in a reminder that criminal activity is not OK, but presumably he thought that was understood. It seems clear here that Davis’ goal is to redirect the youth who still have hope in this gang toward productive adulthoods and to save them from lives of crime. I think that makes all of the difference. The gang was at a memorial for a gunned down gang member who’d robbed a store. Presumably he is trying to save the ones who can still be saved.

Is that wishful thinking? Maybe. But who knows? If he helps just one young man turn toward a more productive life, isn’t that good? Remember the adage about throwing the single starfish into the sea to save it.

I applaud Davis for taking the time. I wish more leaders in town were this proactive. Some of his opponents, such as the incumbent, seem more focused on holding angry press conferences. Judge them on their record. Judge Davis on his, too.

I think it’s frankly unbelievable and completely irresponsible that, with all of the problems Milwaukee has, a guy trying to get gang members to stop engaging in unproductive lives of crime is the controversy.

How to vote in today's primary election