Coffee lovers in Milwaukee can rejoice as another java option opened today in the Park East corridor.

Daniel recently moved back to the Milwaukee area from New York -- where his other coffee shops, Upright Coffee, were located in Brooklyn and Manhattan. I stopped by to get a first look at the new space in the Flatiron Building, as well a first coffee. 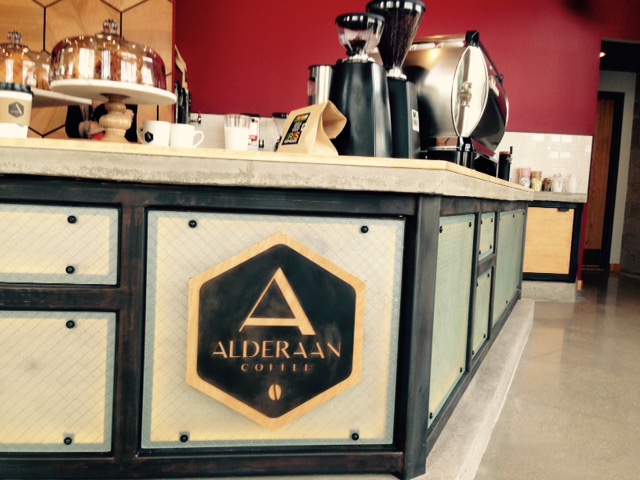 The coffee house will feature roasts from around the country as well as local brews. When I stopped by today, the cafe had beans from Anodyne Coffee, Brooklyn Roasting Co. and others. The varieties will change to keep things fresh.

Alderaan will also brew and bottle its own iced coffee, which you will be able to purchase by the bottle in the "machine." Colectivo's Troubadour Bakery pastries are served. 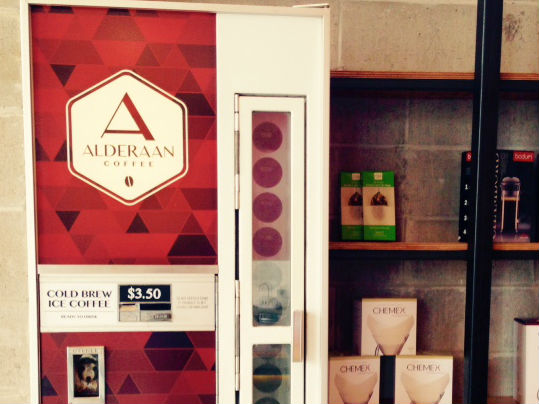 Alderaan will also make most of its own syrups -- including lavender and vanilla -- in-house, as well as almond milk. I tried the house special Lavender Latte made with the house-made syrup and it was scrumptious down to the last sip. I was also able to sample the almond milk and have a feeling it will be in demand once folks try it. 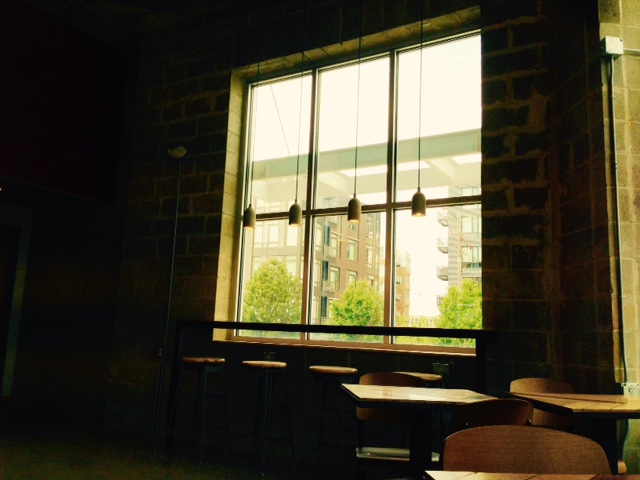 Conveniently located in the first floor of the Flatiron Building at the north end of Downtown, Alderaan should be an easy stop for many on their way to work.