The days are closing in on the opening of Allie Boy's Bagelry & Luncheonette, a new venue which promises New York style bagels and creative noshes at a familiar location in Walker's Point.

The days are closing in on the opening of Allie Boy’s Bagelry & Luncheonette, a new venue which promises New York-style bagels and creative noshes at a familiar location in Milwaukee's Walker’s Point neighborhood inside the Harbor District.

Allie Boy’s is slated to open sometime in mid-to-late March at 135 E. National Ave., in the former home of Drink Wisconsinbly and Blue Jacket, with the restaurant joining venues like Birch + Butcher and Ruby’s Bagels in filling a niche for high-quality craveable bagels and schmears.

The journey to Milwaukee

Behind the concept are Ben Nerenhausen and Staci Lopez, industry veterans whose experience includes work on both the East and West Coasts who were drawn to Milwaukee by a combination of family, adventure and the promise of being able to launch their own restaurant concept. 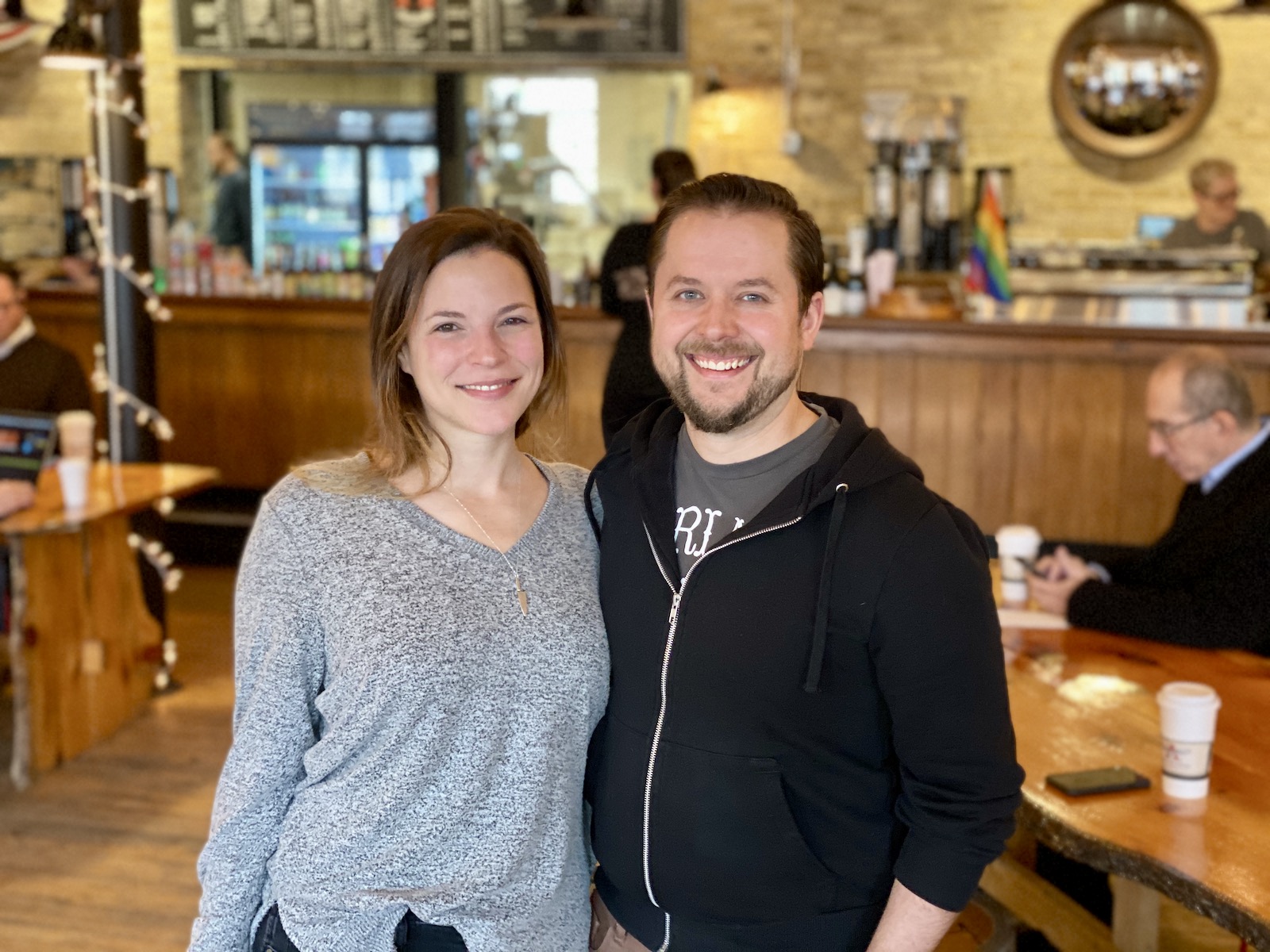 Nerenhausen is a Wisconsin native whose childhood and formative years were spent in locales including Pakistan and Cairo, Egypt, thanks to his parents’ careers as international educators. After completing high school in Cairo, he returned to Wisconsin to attend UW-Madison, eventually changing gears to pursue culinary school in San Francisco.

While he lived and worked in Napa, he met Lopez, a New York native who’d also moved to California to attend culinary school, and who had gleaned experience working on both coasts with chefs including Thomas Keller and Daniel Boulud. The two hit it off, eventually making the decision to move to the East Coast.

The couple landed in New Jersey, where they found work with James Beard-nominated chef Scott Anderson. Nerenhausen assisted in opening Mistral, while Lopez landed a position at Elements, restaurants where they would eventually make acquaintance with visiting Chef Justin Carlisle of Ardent.

When Nerenhausen’s parents made the decision to move back to Wisconsin from Egypt, the couple decided to follow suit. Initially, they toyed with the idea of moving to Madison. But, after reconnecting with Carlisle, who offered Nerenhausen a position at Ardent, they ventured to the Cream City where Lopez took a job working for Phil Bilodeau at Thief Wine.

"Our plan was to spend the first year scoping out the area and really getting a feel for the city," says Nerenhausen, noting that they knew one of their next steps would be starting a place of their own. "Along the way we really fell in love with the direction the area was going."

Lopez nods. "We were really impressed at how the city has grown, but is also building on existing structures. It’s a place that has a lot of history ... architecture … and we really love that."

So, when they came upon the National Avenue property, located in the midst of the burgeoning Harbor District, they knew they had to adjust their timeline.

"We weren’t necessarily planning on doing anything right then," says Nerenhausen. "But after looking at the building and realizing it would work great for what we wanted to do, it prompted us to move more quickly."

"We had a few different concepts we were considering at the time," says Lopez, noting that a delicatessen and bagel shop was among them. "And the space largely dictated the direction we took."

Named for Lopez’s father, Allen (Allie), who was raised on the lower east side of New York, the new breakfast, lunch and brunch spot aims to offer a taste of the East Coast sprinkled with global flavors and the creativity and technical expertise which comes from years of work in finer dining.

"First and foremost, we want to make sure our bagel game is strong," says Nerenhausen. "We’ve been playing around with recipes and technique for quite a while, so now it’s a matter of translating that into a professional kitchen setting."

Your place for a Posh Nosh #handrolledgold

Unsurprisingly, hand-rolled boiled bagels will form the foundation of their menu, which will include a variety of schmears and deli staples like house-smoked fish, egg salad and pickles.

There will also be bagel sandwiches (both open face and closed), along with "noshes" like upscale latkes served with additions like apple sauce, sour cream and maybe caviar; chopped chicken livers or mousse; and soups, including borscht.

"We’ll also offer a number of really simple sweet items to round out the breakfast offerings," says Nerenhausen, noting that in the weeks following their opening they will also expand their offerings to include weekend brunch. The restaurant’s bar will accommodate with a selection of beer, wine and a short list of brunch-worthy cocktails, including a number made with house-infused vodka.

In the end, diners can expect a combination of staple deli-inspired items combined with more creative, globally inspired offerings.

"The concept is really an amalgamation of flavors inspired by New York as well as Ben’s background," says Lopez. "So, we’re really capitalizing on the Old World deli concept which is really familiar and resonates with people, and also offering nods to the Middle East. It’s about finding a sense of home within the food."

"Everybody seems to open with their ‘heart on their sleeve pleasure project,’" says Nerenhausen. "And then they open a more casual venue to really make ends meet. And we’re sort of taking the opposite approach."

Nerenhausen says they’re starting out with a concept that fills a niche, and which they hope will really take off. "From there, we’ll pursue some of the other ideas that have been banging around in our heads," he says.

In fact, folks may get a glimpse at the diversity of Nerenhausen and Lopez’s talents through dinners and pop-up events hosted at Allie Boy’s after hours.

"We’ve found a real community of chefs here in Milwaukee," says Lopez. "So we really want to continue to work with other local chefs and be a part of building those relationships."

Once open, Allie Boy’s Bagelry & Luncheonette will likely be open Tuesday through Friday from 7 a.m. to 2 p.m. and Saturday and Sunday from 8 a.m. to 3 p.m.  In the meantime, you can follow Allie Boy's on Instagram.