Making a good sequel, always the great Hollywood conundrum. Sometimes you get a "Godfather: Part II." Other times you get "Speed 2: Cruise Control." Thankfully, the Downer Theatre has safely landed in the former category with its second Almost Midnight movie series.

Making a good sequel, always the great Hollywood conundrum. Sometimes you get a "Godfather: Part II," "Spider-Man 2" or "Terminator 2: Judgement Day." Other times you get "Hangover: Part II" or "Speed 2: Cruise Control." Thankfully, the Downer Theatre has safely landed in the former category with its newly announced collection of cult classics for its second Almost Midnight movie series.

The series' summer sequel returns to the Downer on Fridays and Saturdays at – you guessed it – almost midnight starting June 15-16, and once again, the focus is on midnight movies and cult classics. So we've got "Batman: Mask of the Phantasm" – arguably one of the best Batman movies to hit the big screen – to start the series back up, as well as one of the 47 different directors' cuts of Ridley Scott's "Blade Runner," the beloved '80s kids adventure "The Goonies" (starring Oak Creek icon John Matuszak) and "Friday the 13th: The Final Chapter" timed perfectly for Friday the 13th in July.

And that's just half of the movies coming back to the big screen.

For tickets, visit the Downer's website – and for coffee to help stay awake well past midnight for the movies, visit the theater's vending stand. 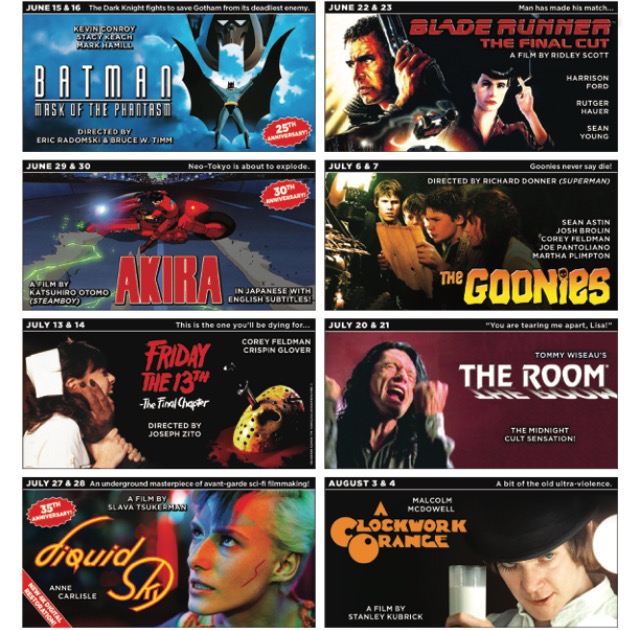