There are a lot of doughnuts in the U.S., but when Alton Brown picked his favorites, he included one of Milwaukee's favorites.

There are a lot of doughnuts in the U.S., but when Alton Brown picked his favorites, he included one of Milwaukee's favorites -- the cruller at Cranky Al's in Wauwatosa.

In a blog post published on June 9, Brown declared that "The cruller is so good you’ll be dreaming of it long after it’s gone."

While he was here, he checked out a number of Milwaukee hotspots, including Valentine Coffee:

He also stood in a pretty long line for a bloody mary at Sobelman's before eating custard at Kopp's. 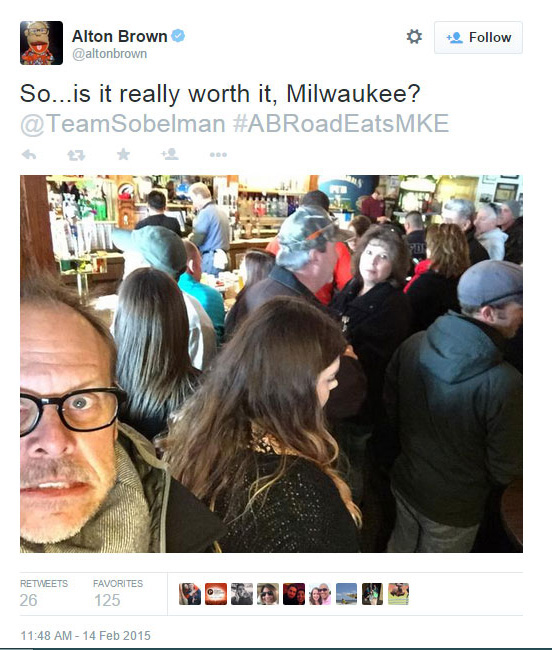 While he was here, Brown declared on Twitter that he at some of "the best donuts on the road so far" at Cranky Al's in Wauwatosa.

And – since he gave them a mention again on National Doughnut Day – I'm pretty sure he's dead serious.

In honor of National Doughnut Day, some of my favorites from around the country. Posted by Alton Brown on Friday, June 5, 2015

Do you have a favorite Milwaukee doughnut?

Psst... It's National Doughnut Day. Celebrate with a free doughnut