Ambassador Hotel owner Rick Wiegand announced this morning that Chef Jason Gorman will "reimagine" the hotel's food and beverage options. Envoy restaurant will become The Fitz, and the bar across the hall will become Gin Rickey.

The current Envoy restaurant will become The Fitz – named in honor of author F. Scott Fitzgerald – and will serve breakfast, lunch, dinner and Sunday brunch, while the bar across the hall will be rebranded as Gin Rickey.

The two spaces will be renovated and redecorated, but will remain inspired by the Art Deco design of the 1929 Ambassador building.

"We couldn’t be more thrilled about this next chapter for the Ambassador Hotel," said Wiegand in the statement. "Envoy will always have a special place in the hotel’s history and our hearts, but when we brought on our dynamic new chef, we knew we really wanted to take the opportunity to elevate the Ambassador’s culinary offerings within the community." 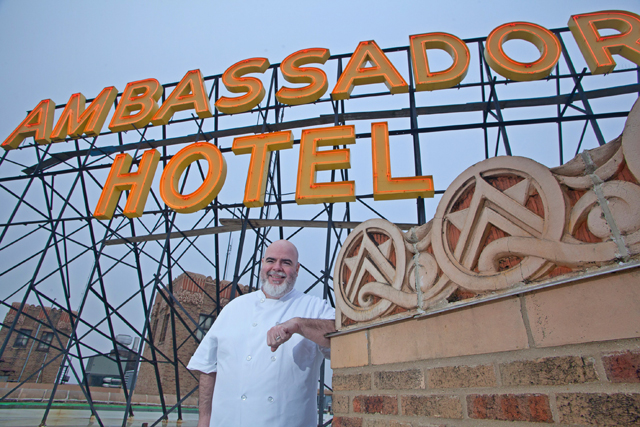 Envoy will close after Sunday brunch on May 28, and the lounge will close at the end of service on Saturday, June 10. Both are expected to reopen in time for Summerfest, which begins June 28. Caffe Deco will remain open, offering full food and beverage service during the transition.

Gorman – who was hired away from Milwaukee Art Museum’s Cafe Calatrava in March – has also worked at Dream Dance, The Iron Horse Hotel, Mangia in Kenosha and in Chicago.

"The Fitz evokes the emotion of nostalgia and class and is the inspiration for our new culinary vision," Gorman said in a statement. "Gin Rickey is the perfect dining complement to the Fitz; what better way to begin your experience than with great conversation and a classic libation." 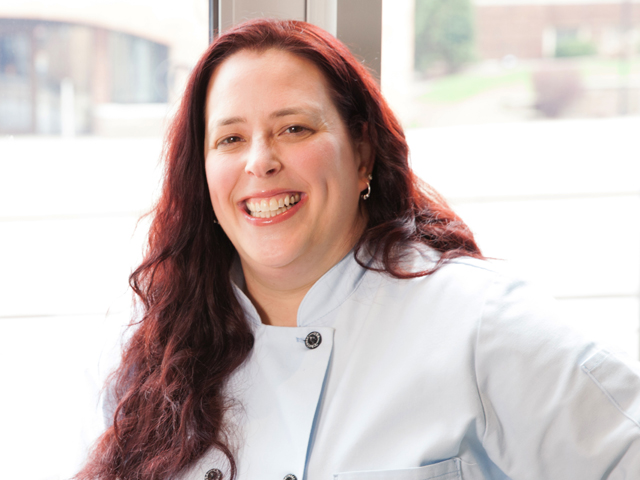 The Fitz menu will offer "Gorman’s contemporary take on the classics," according to the statement. Meanwhile, Gin Rickey draws inspiration from "Prohibition-inspired cocktails," including the Gin Rickey, which the statement says, "was one of the featured cocktails on the Ambassador Hotel’s original menu," though the hotel opened four years before the 21st Amendment ended the ban on alcohol.

Caffe Deco will retain its name but will get a new pastry menu created by new pastry chef Jennifer Gorman (pictured above), who is married to Jason Gorman. It will serve breakfast and lunch, and will open for periodic "Deco After Dark" events during the summer.