The Ambassador Hotel is an establishment existing in charmingly colorful contrast with itself. The Milwaukee landmark, which has been a fixture on the west side of Downtown for nearly 90 years, is an intriguing juxtaposition of many things all at once.

The Ambassador Hotel is an establishment existing in charmingly colorful contrast with itself.

The landmark Milwaukee hotel, 2308 W. Wisconsin Ave., which has been a fixture on the west side of Downtown – through good times and bad – for nearly 90 years, is an intriguing juxtaposition of many things all at once.

That has certainly been my experience in two separate stays, and two different but both positive experiences, at the Ambassador. The first time, four years ago, I shared a room with half a dozen friends from college, needing only a place to sleep after an electronic dance music concert at The Rave. The hotel suited that occasion perfectly well, but I enjoyed my second stay, in a whirlpool suite on a recent weekend, on a level perhaps more befitting the Ambassador’s classy, illustrious reputation. 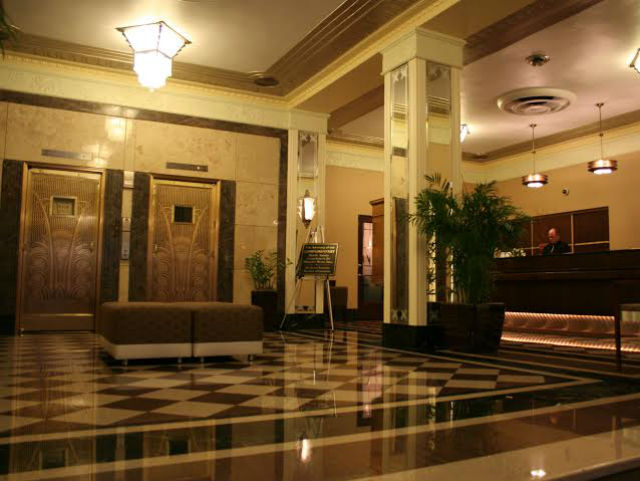 Built in 1927 by architects Urban Peacock and Armin Frank with a classically exquisite Art Deco design, the Ambassador underwent a $14 million restoration in 2012 that added modern amenities and comforts, making it simultaneously old-fashioned and up-to-date. That’s a sense you can feel throughout the building, from the polished marble floors and original bronze elevator doors to the flat-screen TVs and wireless internet. In Envoy Lounge, you can watch live sports while enjoying a happy hour during which buying one signature cocktails gets you the second one at the 1928 price.

When it first opened, the Ambassador was a preferred venue for high-society weddings and grand gatherings. Nowadays, it’s still a popular choice for prominent guests – especially visitors to Marquette University and businesspeople – but it also attracts young Rave-goers looking for a convenient place to party and stay after a show at the Eagles Ballroom, which is located across the street. So, a new generation of socialites, you could say. 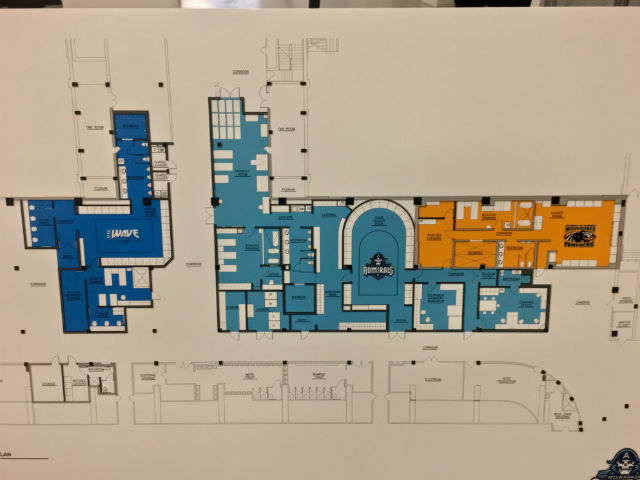 The neighborhood, too, is marked by dissimilarities, alive in transformation. The Ambassador endured a difficult period of disregard and disrepair, both in the hotel and the surrounding area, during the 1970s and 80s. As the building deteriorated, room prices plummeted and allegations of prostitution, drug use and other unsavory behavior damaged the hotel’s image.

But when Marquette alumnus Richard Wiegand bought and renovated it in 1994, the Ambassador’s improvements had an upgrading effect on itself and its neighborhood. A tourist today can walk out the front door and visit the historic Pabst Mansion, see a concert at the Rave, stroll the nearby university campus and also take a complimentary hotel shuttle to Potawatomi Casino, Miller Park or any other local attraction.

And, in terms of famous (or infamous) guests, how’s this for contrast? The Ambassador has claimed that the Beatles stayed there after a 1964 show at the Milwaukee Arena; in 1991 it was reported that serial killer Jeffrey Dahmer had murdered his first victim in a rented room at the hotel in 1987. 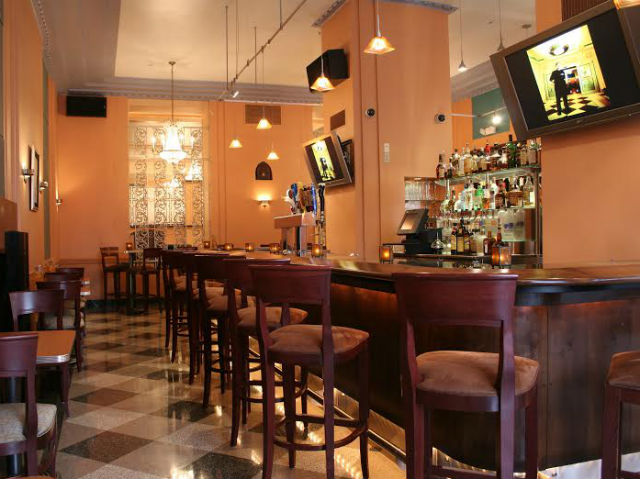 The Ambassador is sophisticated, distinguished and distinctly Art Deco. But it’s also cool, casual, unpretentious and reasonably priced. It is itself, cherishing its vintage but embracing contemporary accommodation. All of the 131 guest rooms are wonderfully spacious – even if you aren’t fortunate enough to stay in one of the 10 whirlpool suites – and the beds are delightfully comfortable, an element Wiegand considered essential in his makeover.

As for service, you can’t beat the friendly attentiveness of Kiara at the front desk or the bartending proficiency of Gail at Envoy.

A jewel of a Milwaukee hotel no matter why you’re staying there or what you’re looking for, the Ambassador is the rare gem that has been burnished and shined to feel new, yet still retains its old, enchanting twinkle.