There's a story to be told among the bricks and tiles of the building on Wisconsin Avenue which has become home to Milwaukee's favorite pop-up restaurant, Amilinda.

It’s been nearly three years since Chef Gregory Leon fell in love with Milwaukee. And, in that short time, he’s managed to make an imprint on the city, resulting in throngs of Milwaukeeans who love him – and his food – right back.

In the beginning, Leon started small. He partnered with Orry (DeYoung) Leon and started a series of pop-up dinners around town. That led to a partnership with Nell Benton of The National Cafe, giving the duo a space where they could offer regularly scheduled dinners on weekends. And this past January, the dream began to get legs; Amilinda found a brick and mortar location in which to lay down roots.

Tuesday, Aug. 4 marks yet another milestone – the day on which Amilinda opens its doors to the public in a newly remodeled space at at 315 E. Wisconsin Ave.

It takes a village

The name itself – Amilinda – derives from a Spanish word meaning "to my beautiful." It’s a poignant phrase for Leon, whose parents – Amilcar and Linda – owned a home in Venezuela by the same name (in their case, it was also a clever elision of their first names). But, it also holds significance for the many Milwaukeeans who’ve eaten Amilinda’s food and shared in its journey to fruition.

"We’ve so many people to thank," Gregory notes as we talk in the still dusty kitchen of the new restaurant, "The list is almost too long."

The lengthy list includes a multitude of eager diners who came time and time again to pop-up dinners, not only enjoying the food themselves, but telling their friends about the experience and bringing more guests to the always-full table.

It also includes numerous volunteers – Felisha Wild of Our Daily Salt, who assisted Orry in making the tabletops for the restaurant; the Leons’ friend Juan, who lives in Mequon, but who came down every day after work to help out with anything and everything that needed to be done; and friends and family who painted chairs, grouted tile and primed and painted walls. 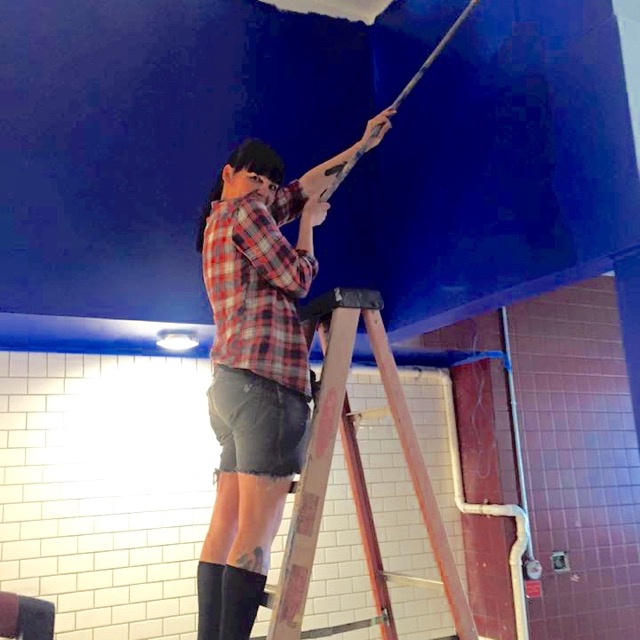 "People have helped with just about everything," Gregory says, "Nearly everyone in my family has been out to help. I’ve actually had to start turning people away because there are just too many people here at the restaurant to get anything done."

Even Gregory’s father – who is unable to be on hand for the restaurant opening – traveled to Milwaukee from his home in Tulsa, Okla., for two weeks this summer and helped to sand the chairs for the restaurant. 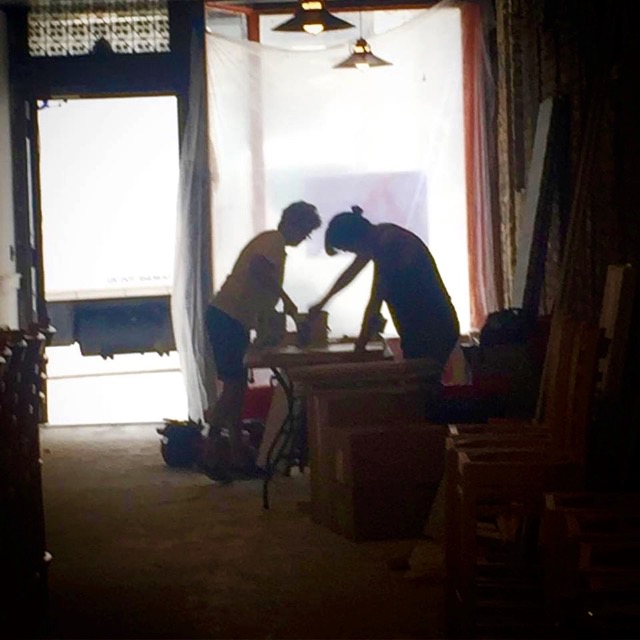 Similarly, the restaurant itself tells a story. In most cases, it’s the tale that juxtaposes the inherent character and imperfection of a century-old building with the stark modern additions of a sleek restaurant space.

The story is told in imperfectly set Cream City bricks that line the walls on the east side of the dining room, as well as the classic black and white mosaic tiles from which the crew chipped away years of glue and pink ceramic tile to reveal a piece of Milwaukee history.

But, it’s also depicted in the objects that adorn the walls – many of which have personal significance.

One of the first items diners will see as they step through the bright red front door of Amilinda are three hexagon-shaped tiles hanging beneath the soffit to the left of the entrance. 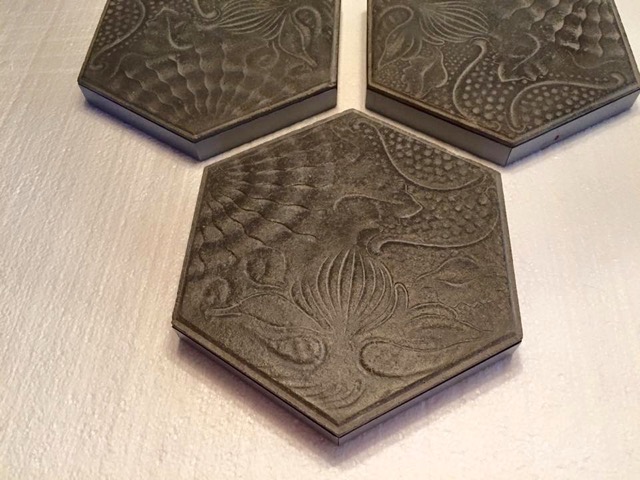 The tiles, a gift from a friend, are replicas of tiles originally designed by Antoni Gaudi in 1904, and which are now installed in La Pedrera in Barcelona, Spain, as well as in the New York Museum of Modern Art, where they are part of the permanent collection.

"Our friend Jeanine conspired with Orry to bring them back for me from Spain," says Gregory, obviously touched by the gesture. "I have always really loved them, since the very first time I went to Spain. And it always reminds me of that trip to Barcelona."

In addition to their place of honor on the wall, the tile pattern can also be found painted in blue on the wall above the open kitchen, as well as further back in the restaurant, where the pattern appears painted in bright yellow on a stark white wall that sets off beautifully against the rustic brick. 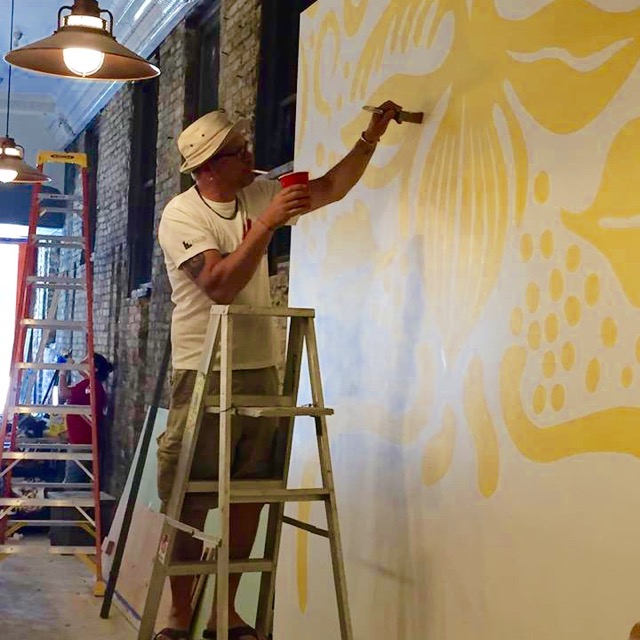 Similarly, a 300-year-old armoire, with a golden interior, sits atop the refrigeration units behind the bar of the restaurant. The piece was a gift from a good friend who imports Asian antiquities.

"I showed her photos of what we wanted to do at the restaurant," says Orry. "And one of the pictures showed an armoire on top of the bar. She knew we needed a really cool accent piece, so she offered us one from her collection."

But, maybe the most poignant of all is the photograph that hangs just right of the doorway – a simple shot of Gregory’s mother and father – whom he credits with instilling him with a lifetime love for food and cooking – sitting at the bar at a friend’s house.

It’s a rare find, he notes, since his mother wasn’t fond of having her photo taken.

"My mother passed away when I was 19," Gregory says, as we look at the photo of his mother, smiling shyly, "So she can’t be here to see this. But, she’s a part of it, of everything.

"Both of my parents enjoyed cooking, and she drew real  joy from cooking for people," he goes on. "I don’t think my parents consciously made the decision that they were going to raise their children to love food, and to grow up around the table, to shop at the market… But, the way they lived really taught all of us how to appreciate that way of life."

And that is a love story, if I ever heard one.

Visit Amilinda beginning Wednesday, Aug. 5 (all seats are sold for opening night, Aug. 4). Dinner service is available Tuesday through Thursday from 5 to 10 p.m. and Friday and Saturday from 5 to 11 p.m. Reservations can be made online.