I have reviewed nine country concerts for OnMilwaukee within the last year, so I don't normally attend alternative rock/indie folk concerts too often. Seeing Andrew Belle at the Back Room at Colectivo May 17 was a nice cleanse to my concert palate.

I have reviewed eight country concerts for OnMilwaukee within the last year, so I don’t normally attend alternative rock/indie folk concerts too often. Seeing Andrew Belle at the Back Room at Colectivo on Friday, May 17 was a nice cleanse to my concert palate.

I loved the vibes Belle was putting out with his music. Since Belle’s music is naturally slower, the audience members mostly swayed slowly to his songs, and the overall mood of the concert was very relaxed.

Comparing the Back Room with larger concert venues such as the Rave, the concert space was relatively small but it really added an intimate feel. The colorful lights, in red, blue, green and others, made Belle pop and set the mood for the show. 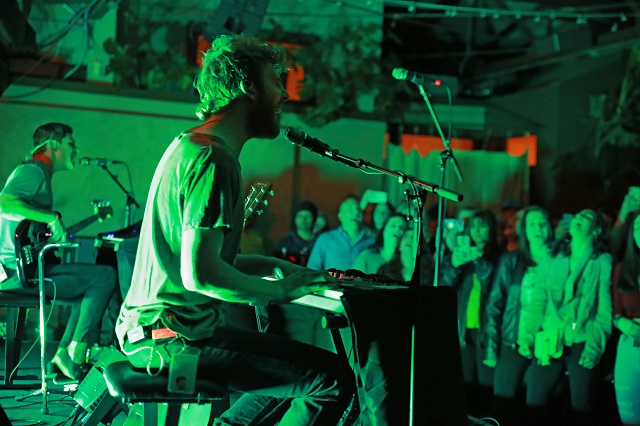 I liked the concert order of having "The Enemy" smack dab in the middle of the concert, because that is one of Belle’s more upbeat tunes. It got the audience swaying faster, and at the end, the applause was louder than it had been all night thus far.

Belle was sitting at his keyboard for the first almost half of the concert, and he finally stood for "In My Veins," which excited the audience. As "In My Veins" is the song he is most famous for, when he brought out his guitar and passionately sang the lyrics, the audience followed, singing along. This song originally caught my attention and introduced me to Belle’s music, after hearing it on TV series "Pretty Little Liars" and "The Vampire Diaries." I was in awe hearing it live and let the echoes of each note reverberate through me. I was surprised he didn’t save this song for the encore.

Belle was pretty quiet when it came to the time in between songs. I was initially surprised when Belle didn’t say anything after the first opening number, "Black Bear." Usually artists give some sort of welcome or message of thanks after the first song, but Belle went right into the second tune. He finally spoke after the end of his third tune, saying hello to Milwaukee and mentioned he loved the city. It was great to finally hear his voice speaking rather than just singing.

But I found out that as the concert continued, Belle being mum was a common theme. More often than not, he ended one song and started the next almost immediately after. He did say before starting "I Won’t Fight It" that he feels awkward speaking in between songs, and that’s why he doesn’t say much. Still, I hoped he would’ve spoken more, because when he did say something, it was interesting and let the audience into little pieces of his life. 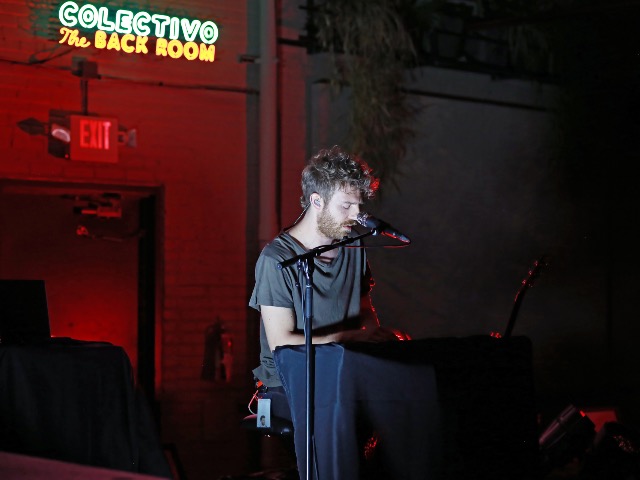 I learned that his touring partner, David, was once his roommate in Nashville, and now David lives on a boat. He opened up the floor to questions before he performed "Dive Deep" and an audience member asked him about his baby, who is now three years old and realizes when he’s not home and touring. Other than a few comments of congratulations on the Bucks winning their game, Belle didn’t say much of anything else and I felt like we didn’t get to know him as well. I would’ve liked to hear occasional insights about the music he was performing. He did mention that he had a new record coming out, but even then, only when an audience member asked what he had coming out.

He finished with "Fade Into You" as the encore and practically ran off the stage. I had never seen an artist end a show that quickly and without a longer goodbye. But I’m very glad Belle came on for that last song in the first place, and I’m glad he came to Milwaukee to share his talents. Sure, maybe I wished he would've performed "You" or "Many Lives" just because those are some of my favorites by him, but we can't have everything – especially with a concert already that good.

andrew belle, concerts, reviews, the back room at colectivo