DiFranco does it again

When perusing the online set lists from Ani DiFranco's shows in the past few weeks, it was no surprise to find that every night was a different mix of tunes. She played Friday night at Turner Hall.

When perusing the online set lists from Ani DiFranco’s shows in the past few weeks, it was no surprise to find that every night was a different mix of tunes. The variation of her song list is a testament to who DiFranco is as a musician in general – always evolving, dynamic and willing to stroll outside her comfort zone.

Although known as the "Little Folksinger," her music has expanded beyond her acoustic solo roots to include punk, soul, jazz, hip hop, electronica and more. She has lived her personal life equally as boldly, serving in the ‘90s – whether she wanted to or not – as a lesbian role model / riot grrl, but gracefully moved on to marry and divorce a man and have two children, Petrah and Dante, with her current husband and sound engineer, Mike Napolitano.

DiFranco has a history of gigging in Milwaukee at a variety of venues, including The Pabst Theater, Pride Fest and The Eagles Ballroom, but tonight, took her maiden voyage at Turner Hall.

The venue never affects DiFranco’s performance – this is coming from a fan who saw her for the 16th time tonight and has seen her in at a cozy friends-and-family show at the Blue Nile in New Orleans as well as sold-out shows at large venues in Madison.

She did, however, make a joke about the uneven Turner Hall stage, pretending a couple of times to wobble and mentioned, jokingly, "I’m gonna lose some teeth tonight."

Technically, DiFranco is on tour promoting her latest album, "Allergic To Water," a mellow soundscape of rich lyrics and understated melodies mostly about her family life in New Orleans, where she moved to from her hometown of Buffalo in 2004 and has remained ever since. 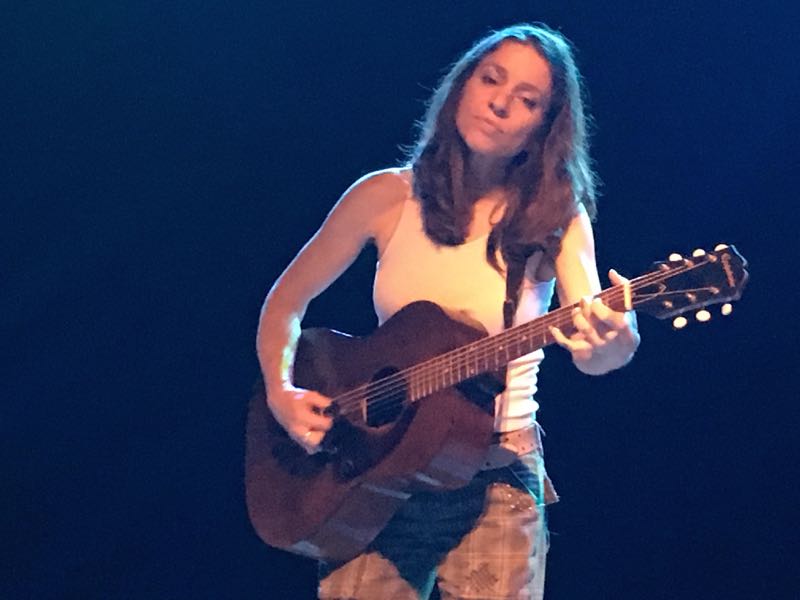 DiFranco has released more than 20 albums on her own label, Righteous Babe Records, ranging from the uber-acoustic self-titled first album to the expansive To The Teeth which features the legendary Prince.

Tonight’s show featured songs drawn from her entire career, with deep cuts like the spoken word "Fuel" and "Swan Dive" and the classic "32 Flavors" as one of the encores. However, she also performed numerous songs from "Allergic" with a yet-to-be released song based on a poem by an incarcerated man named Spoon Jackson.

"We have made a business out of incarceration, but we can change that," she said.

Dressed in a signature tank top and casual, military-style pants, DiFranco, who is 45, appears 30 both from a distance and when standing in the front row. Perhaps it is her energy that keeps her so young in spirit and appearance, her continued commitment to promoting the greater good, to forgiveness and to standing up for what she believes in.

It wasn’t the highest-energy DiFranco show we’ve ever seen, maybe parenting small children and touring wear on even the hardiest of souls, and yet, it was what every Ani DiFranco concert was and, most likely, always will be to fans: a familiar voice earnestly yet urgently conveying life-guiding messages to the sound of some of the most kick-ass, staccato fingerpicking in the world. 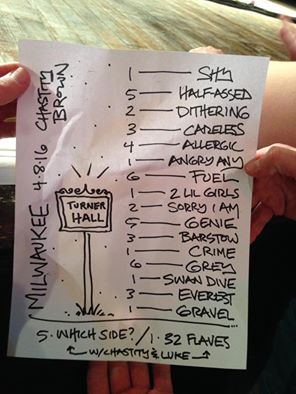