Why did Anja trek from Franklin to Downtown Milwaukee?

Anja Notanja Sieger left her suburban home at 9:50 a.m. on Thursday morning and started the journey to fulfill her longtime goal of walking from Franklin to Downtown Milwaukee. She did it, in part, in conjunction with 88Nine Radio Milwaukee's upcoming Transportation Circus. But she made the 15-mile hike for other reasons, too.

Anja Notanja Sieger left her suburban home at 9:50 a.m. on Thursday morning and started the journey to fulfill her longtime goal of walking from Franklin to Downtown Milwaukee.

"I always wondered what it would take to just walk the route I have ridden my entire life as a suburbanite," says Sieger. "Mil-WALK-ee."

And so, Sieger walked 14.91 miles in just under 6 1/2 hours. She wore bright pink and orange sneakers, planet-printed leggings, a red coat and fuzzy hat. (I presume she was wearing a shirt under the coat, but it was not visible.) 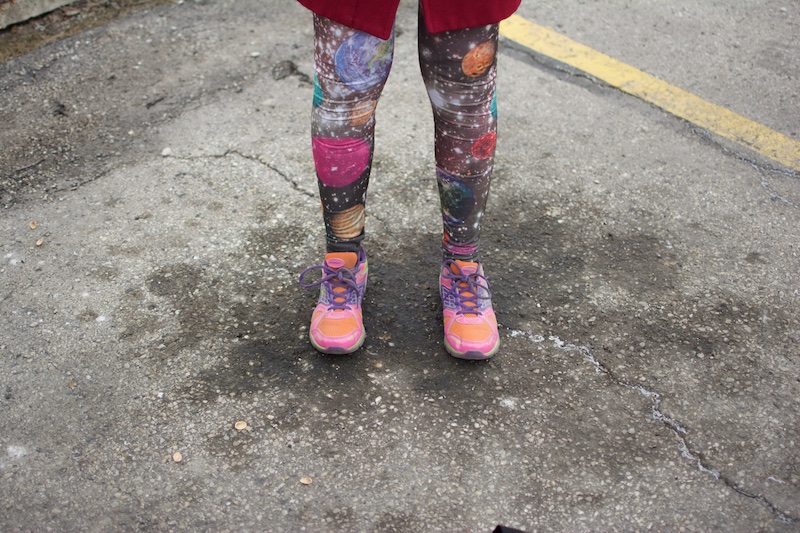 She arrived at the Pfister Hotel – where she is the current Pfister Narrator – at 4:15 p.m.

"From Bay View to Downtown I took the same route as The Milverine," she says.

Sieger documented her walk with photos and will share them, along with a story of her walk, at 88Nine Radio Milwaukee’s Transportation Circus – a free, open-to-the-public event on Tuesday, March 31 from 5:30 to 7:30 p.m. at the station's studios, 220 E. Pittsburgh Ave.

The Transportation Circus will showcase alternative transportation representatives, stories from newbies on a non-car commute to work, a GoPro video of Marcus Doucette's daily bike route to the station, free swag and the chance to tour a brand new Milwaukee County Transit System bus as well as win a hybrid bike from Wheel & Sprocket.

In doing the hike Sieger quenched her curiosity, but she also wanted to raise awareness about the overuse of cars.

"Frankly I hate cars and car culture," says Sieger. "Walking as a necessity in the suburbs is not respected; there are very few sidewalks."

The danger of walking was another motivating aspect of Sieger's decision to make the jaunt. She was particularly alarmed – and inspired to make her trek – after a recent snowfall when she saw several people wearing dark clothing walking down the highway. She feared for their safety and it just didn't seem right.

"In my experience of walking and biking through Franklin, I have found drivers to be aggressive. One time a truck sped up beside me as I was coasting down a hill on Oakwood. The driver rolled down his window and shouted, ‘They'll kill ya!’ It freaked me out severely," she says. "It’s true though, there have been numerous bicyclists killed on Oakwood Road."

Sieger also walked because bus service is not available from Franklin to Downtown.

"There is the freeway flyer a half mile away, but it only runs a couple hours each day, and not at all on weekends," she says. "How can anyone get to the suburbs without a car? There are plenty of factories and business parks out here. I think it is disgusting that there is no bus or direct bike path that goes from the poorer parts of the city to Franklin."

During her trek, Sieger carried a backpack filled with bottled water and snacks. At one point, her mother called her and asked if she was still on her "walk" and if she wanted a ride.

"I’m too much of a stubborn Taurus not to finish," she says.

The next day, Sieger says she was in some pain, but not regretful of her excursion.

"I do not like going down steps today," she says. "But it is just not realistic to subsist on cars. You have to have money to have cars and I don't need to start a lecture on the pollution aspect. Everyone knows it already." 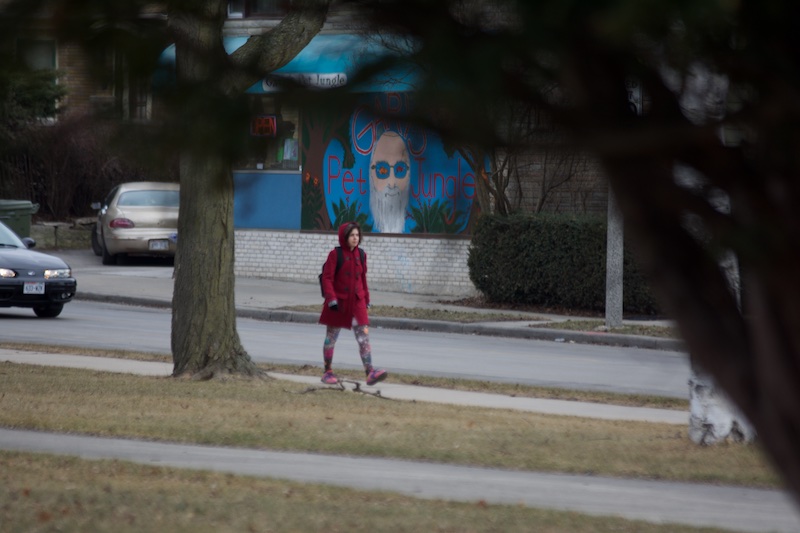 Motorized scooters will return, but with restrictions

Several MCTS bus routes will change in March; here's what you need to know