Rice N Roll, one of the East Side's most popular restaurants, is celebrating its third anniversary. In observance of the milestone, it will release a brand new menu beginning Tuesday, March 13. And we have a first look at some of the delicious new dishes.

Rice N Roll, one of the East Side’s most popular restaurants, is celebrating its third anniversary. In observance of the milestone, it will release a brand new menu beginning Tuesday, March 13.

At the heart of Rice N Roll’s success is its approach to both sushi and Thai cuisine, which is based on family recipes, many gleaned from co-owner JJ Lert’s mother, who lives in Bangkok, Thailand. Even the sushi, much of which is created by co-owner Tony Kora, relies upon inspiration from Thai ingredients as well as American flavor profiles to create its unique rolls.

"We use ingredients like KwongHung Seng sweet Thai soy sauce," says Kora, "Which is made by a friend of our family. In some cases, the sauce is combined with other ingredients, like pickled jalapeno peppers, to create sauces that accompany sushi options.

We were fortunate enough to get a peek – and a taste – of some of the new menu items, a number of which were inspired by street foods readily found in many parts of Thailand.

Among new appetizers, guests will find ceviche, which can be made with guests’ choice of salmon, tuna, yellowtail or white tuna. It’s served with a housemade sauce featuring bright acidic lime juice, fish sauce, sugar, garlic and cilantro ($7.95). And it’s presented beautifully with tiny edible flowers as garnish.

The sauce, notes Kora, is based on a traditional Thai dipping sauce which is used primarily for seafood. It’s umami-rich flavor is sweet, salty and garlicky with a subtle heat. 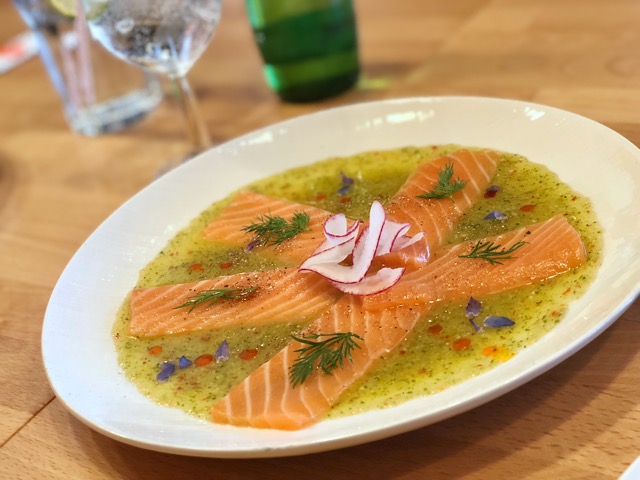 The ceviche will also be featured on the new gluten-free menu which showcases appetizers, salads, sushi rolls and a variety of entrees including the popular pad Thai, basil fried rice and more. The menu has been made largely possible by the work of Lert, who recreated a variety of Rice N Roll specialties and sauces with gluten-free ingredients. 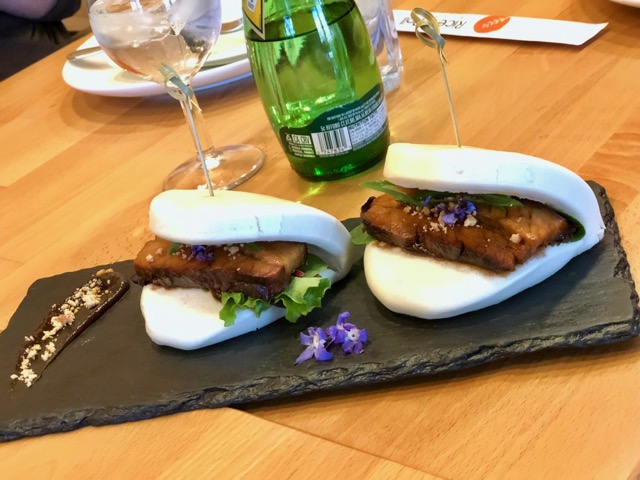 Among the new signature maki offerings is "Dancing on the Moon" a rainbow of flavors featuring fresh snow crab mixed with miso and mayo, cucumber, avocado and octopus wrapped in nori and topped with salmon, tuna, unagi sauce and fried onion. 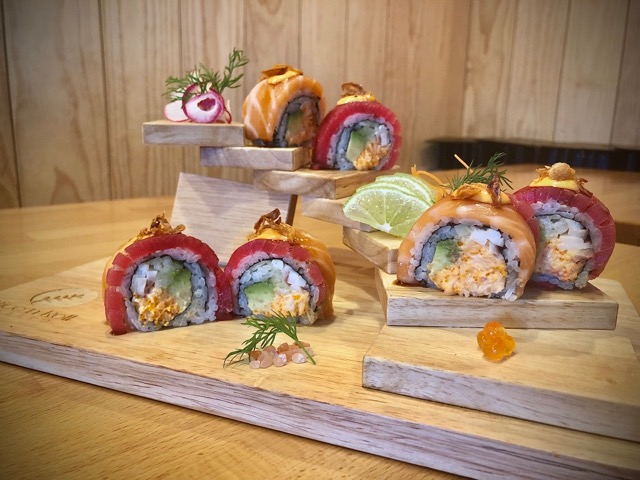 Those presentations will be used in conjunction with a variety of new rolls including the East Side, which will feature yellowtail, cilantro, avocado, spicy sauce topped tuna, spicy garlic mayo and microgreens ($15.95) while the Bangkok Dangerous will showcase spicy shrimp, avocado, masago, scallion and eel sauce with a topping of eel and avocado ($12.95).

Rice N Roll will also be introducing two maki which will not contain rice. Instead, the rolls will be wrapped in soy paper or rice paper, an ingredient commonly used for fresh Thai spring rolls. 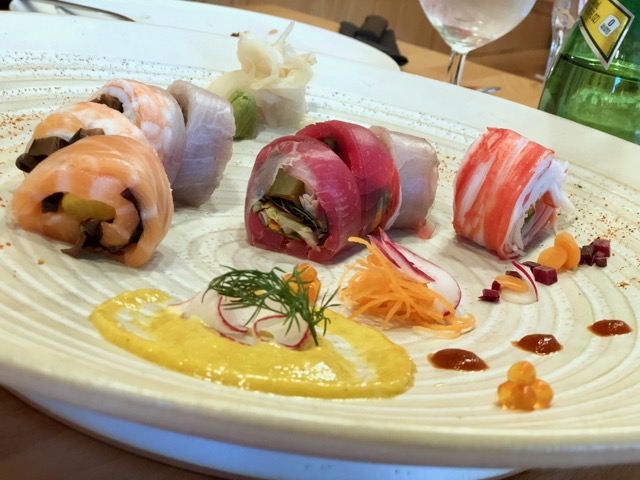 New entrees will include honey roasted duck, featuring duck that’s been put through a two-day preparation that includes marination in honey, soy and sesame oil and a cooking process during which the duck is first steamed and then roasted, creating flavorful meat with a unique texture. It’s served with rice, steamed bok choy and Chinese broccoli ($17). 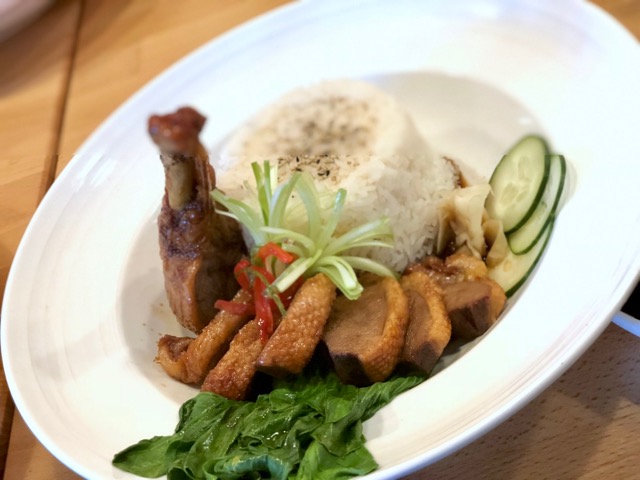 Crabmeat fried rice will be comprised of flavorful fried rice with garlic and green onions that’s wrapped in a banana leaf and topped with a generous helping of fresh lump crab meat ($16.95). 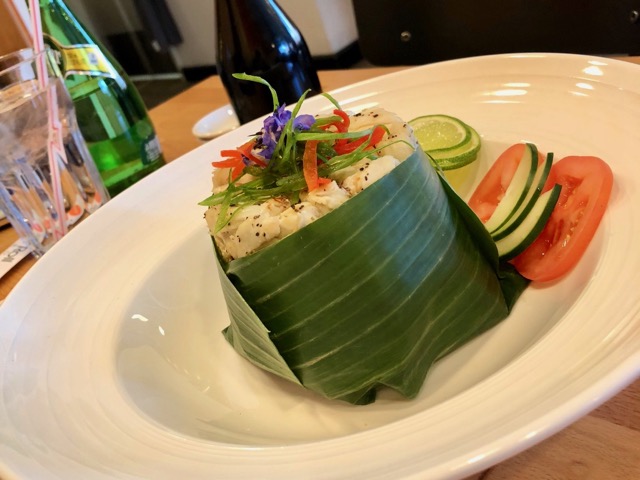