Just in time for summer, Anodyne Coffee Roasting Company will release a new bottled cold brew composed of a special blend of coffees that taste refreshing and rich from the first sip to the last.

On Friday, June 10, Anodyne Coffee Roasting Company will release its very first batch of bottled cold brew to the public. The new coffee will be packaged in 10-ounce glass bottles and will be available at Anodyne cafes for $3.75.

Anodyne has been serving up cold brewed coffee in its cafes since 1999. The bottled version of the beverage will feature a special custom blend of several coffees that work particularly well for cold brewing.

"We wanted something fresh and drinkable right from the bottle that wouldn’t require ice," notes co-owner Matthew McClutchy. "Something refreshing and crisp." 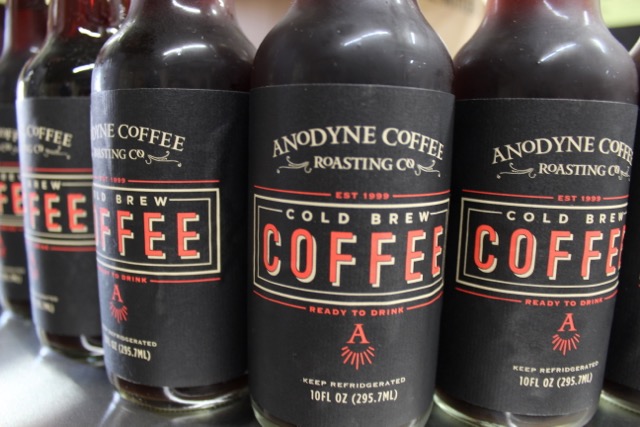 The brew, which can be sipped straight from the bottle, is refreshing. It also has rich coffee flavor with underlying notes of chocolate and a blast of citrus with enough acidity to give it balance.

According to McClutchy and Director of Wholesale Operations Steve Kessler, bottled cold brew has been in the plans for years and was continually back-burnered by other projects.

"We’ve been thinking of doing this for years, but sometimes it’s just about the right timing," says McClutchy.

In turn, the formula for the bottled brew has gone through at least 12-15 iterations in the search for a blend that would taste great from the very first sip to the last. 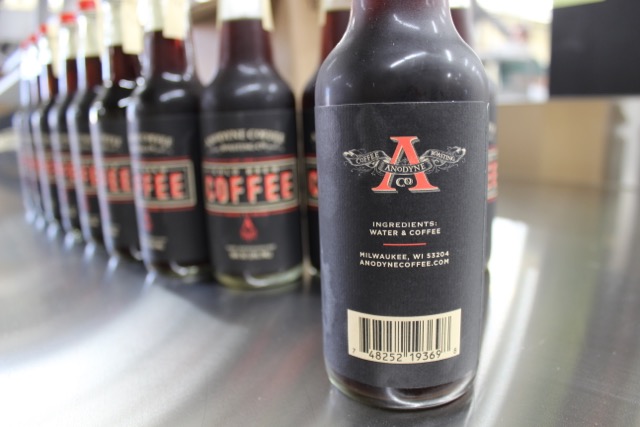 "Temperature has a real impact on coffee," notes Kessler. "A cup of coffee that tastes great steeping hot may not be the best at room temperature or cold. And it’s the same with cold brew. So we took the time to really come up with something that would taste great ice cold, but also just as great as it grew closer to room temperature."

Another factor was freshness.

"Our goal is always to get coffee to the consumer as soon as possible out of the roaster," says McClutchy. "So part of the challenge was working out a way to do that with a cold-brewed product." 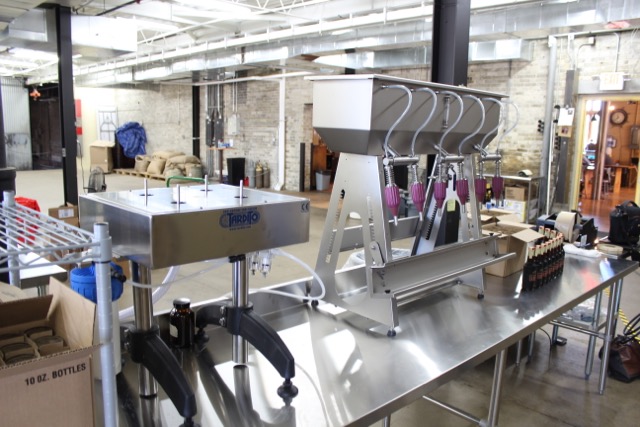 One of the solutions was to invest in the equipment to allow the bottling to remain in-house, giving them full control over the entire process from brewing to bottling.

Although the bottles will be released initially in Anodyne Cafes, they should be available soon at Outpost Natural Foods Cooperative, with other local retailers to follow.