People create art for many different reasons including out of desire, with the intention to heal, for the sake of entertainment or out of sheer compulsion. Malachi Schmidt, a 13-year-old who has drawn since he was about 5, has his own reasons. Schmidt says painting and drawing make him feel "normal," good and like everyone else.

People create art for many different reasons, including out of desire, with the intention to heal, for the sake of entertainment or out of sheer compulsion. Malachi Schmidt, a 13-year-old who has drawn since he was about 5, has his own reasons – mostly because painting and drawing make him feel "normal," good and like everyone else.

Malachi was diagnosed with autism at 3 and shortly after, his mom, Nina – who is also an artist – noticed that drawing and painting soothed her son.

"I started to push him in the direction of art after I saw the power it had to calm him and help him communicate," says Schmidt. "At 4 and 5 he was still almost non-verbal, and was easily frustrated. I always think back to a time when he was very upset, and I gave him some water colors, and he painted a painting, and about half way through he suddenly said ‘I'm calm now.'" 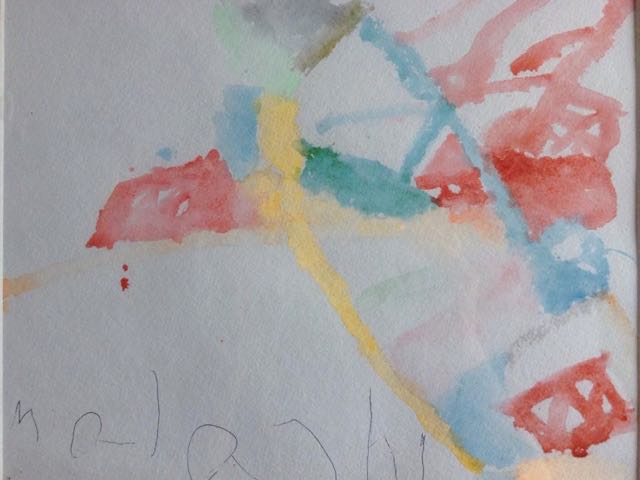 This painting hangs in Nina’s and her husband’s room as a reminder of how far Malachi has come and how much potential he has in the future.

This summer, Malachi – who enjoys working primarily with colored pencils, markers and acrylics – started an art business and has been creating original art pieces for $5 each.

"So far he has been drawing and painting for friends and family we know, and recently he asked if I would help him find a way to reach more people with his art, so I posted information and photos of his work on my Facebook page," says Nina.

So far, Malachi has received more than a dozen orders.

"Having requests come in from people has given him a new motivation with his art, and challenges him to try out new subject matter," says Nina. "He enjoys drawing everything from replicas of his favorite artist Van Gogh, to super heroes, animals or scenery." 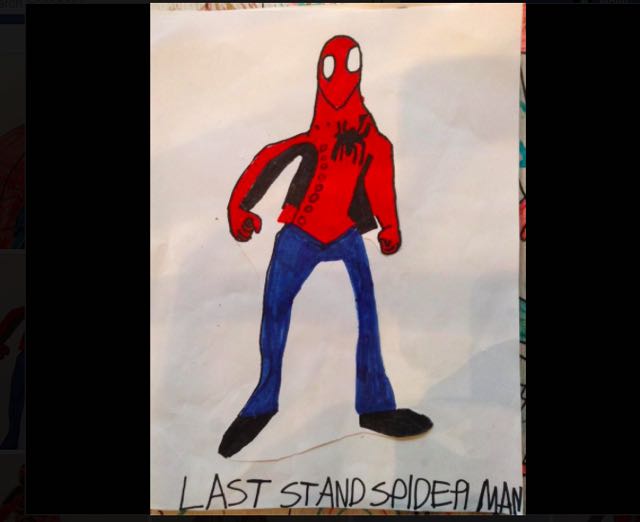 Earlier this year, Nina’s father passed away from cancer, leaving Malachi devastated. For a period of time, neither he nor Nina created art due to grief. Lately, however, the door to creativity reopened for both of them.

"Seeing him rekindle his love for art has given him a reason to focus on something he can do, something positive and good," says Nina. "Drawing gives him confidence and purpose. He feels proud of his talent. He feels like he belongs when he is drawing or painting. He is not sad when he draws."

These feelings of confidence and purpose have become increasingly more important as Malachi has gotten older.

"He is concerned about what he will do as an adult, how he will support himself, and how he fits into society," says Nina. "He is wondering if – and hoping – art is the answer for him."

Autism is a complex developmental disability that typically affects a person’s ability to communicate and interact with others. According to the Autism Society, more than 3.5 million people live with an autism spectrum disorder. It’s estimated that 1 in 54 boys are born with autism and 1 in 68 children overall.

Nina, and her husband Jesse, have three children– Malachi, Ivan (10) and Violet (7). They live in Fond du Lac.

"Our kids are so accustomed to me painting and getting ready for exhibits that it has never occurred to them that becoming an artist or showing at an art gallery is out of reach for them," says Nina. "I hope I can show them that you can pursue your dreams regardless of where you live or how small you might feel." 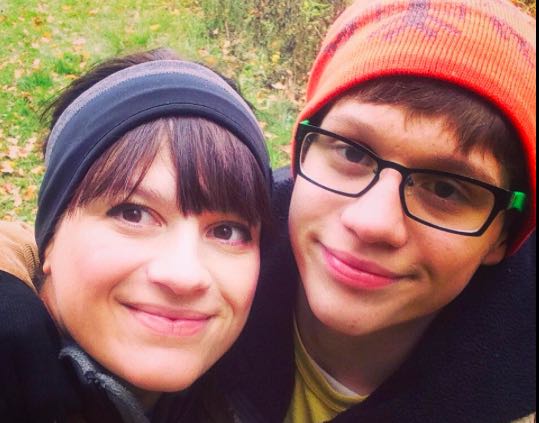 How a project on hoops earrings launched a national movement

Reckoning with slavery through creative writing, sci-fi and fantasy