Beginning later this week, a landmark hotel restaurant will find new life. And Port Washington residents will get a taste of the classic Ashley's barbeque that Milwaukeeans have grown to know and love.

Beginning later this week, Port Washington residents will get a taste of the classic Ashley’s barbeque that Milwaukeeans have grown to know and love.

Darnell Ashley, owner of Ashley’s Bar-B-Que at 1501 W. Center St., and recent winner of the Cooking Channel's 'Big Bad BBQ Brawl,' has partnered with longtime supporter and business partner Michael Hall, to assume operations for the Port Hotel restaurant at 101 E. Main St. in Port Washington. Under his leadership, the restaurant – long known for finer dining staples including steak and seafood – will take on a more casual vibe, including a menu that features selections of smoked meats, pastas and sandwiches.

The landmark restaurant, located in the historic Port Hotel, shuttered earlier this year after owner Joe Zankl made the decision to close the restaurant. Zankl’s health had suffered after a serious car accident in 2012 and, as he told the Ozaukee Press in January of 2017, he felt he was no longer able to handle restaurant operations.

The restaurant, which has been renamed Ashley’s Restaurant & Bar, will re-open to the public on Wednesday, Dec. 20 at 11 a.m. And Ashley says he’s excited to debut both the refreshed space and menu to the public. 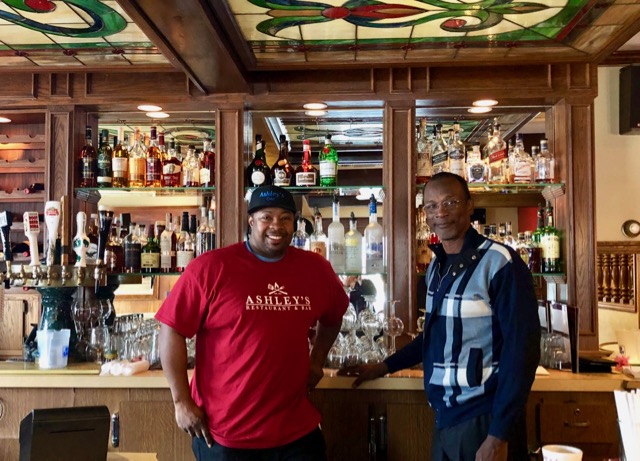 In terms of decor, Ashley notes that they've retained key elements of the restaurant’s decor, including stained glass, furniture and wooden paneling. However, they’ve also added elements to make the restaurant feel more casual. Changes include new paint, rewired chandeliers to brighten the dining area and the addition of big screen televisions in the bar, lounge and dining room so that folks can enjoy weekly Packers, Badgers and Bucks games.

"We’ve brought in some arcade games for the kids," he says. "And we also installed a speaker system so that we can have music in the bar and dining room. We’ve given the space more of a family-friendly sports bar type atmosphere. It’s a place where folks can get together, kick back and relax." 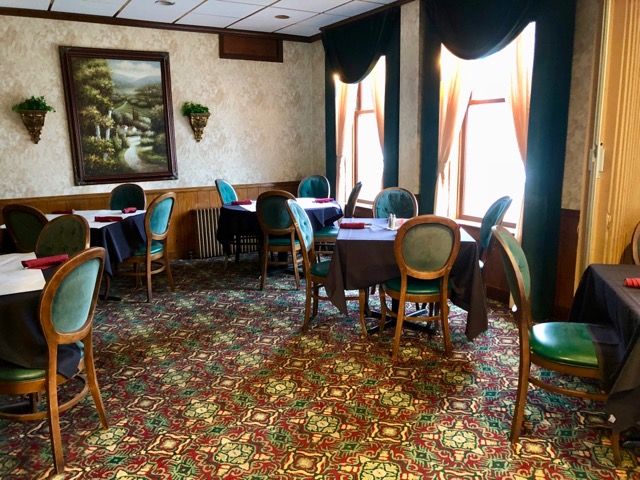 As for the menu, Ashley says there’s a mixture of both old and new.

"I’ve been coming to the Port Hotel restaurant for over 30 years," he says. "And I’ve been catering events in this area for quite a while now. I know firsthand how good the food was at the restaurant, so before we took over, we gave a lot of thought to how we wanted to operate the restaurant. We knew we wanted it to be a more relaxed place, and we were excited to bring something new to the area. But we also knew it was important to keep some of the staples on the menu that people loved so much."

In kind, Ashley says he’s retained the head chef from the Port Hotel restaurant, who will assist in preparing dishes like the restaurant’s popular filet mignon ($30) and prime rib, which will be available on Wednesday evenings and weekends. 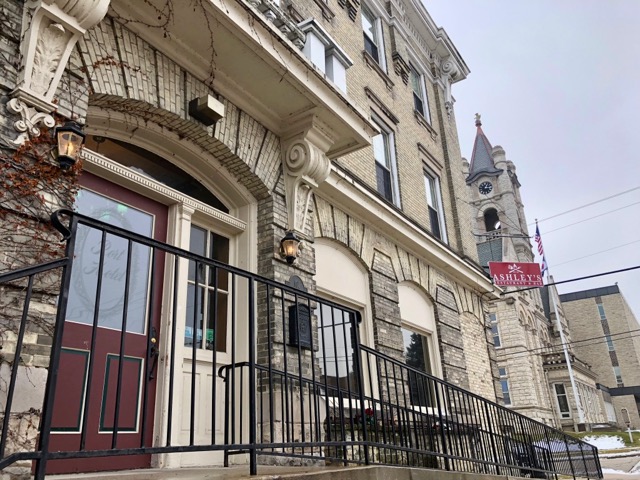 Hall, a retired army veteran who earned his MBA and spent most of his career in manufacturing, says he’s been interested for a long time in helping Ashley expand the Ashley’s Bar-B-Que brand and legacy.

"Ashley’s is known in Milwaukee for its great food, its friendly service," he says. "And people have come to associate the name with high quality food and family. Now this community will have the advantage of experiencing that rich history."

"There’s a distinct attachment to the old, but a lot of excitement about the new," he adds, noting that he’s heard a lot of feedback from local residents about the new concept. "When we talk with people, they definitely have a reverence for what this place was in the past; but they also have a respect and excitement for what’s coming."

Ashley nods, noting that he’s grateful to have the opportunity to operate another full-service restaurant.

"Ever since the fire at Ashley’s Que, it’s been my dream to have another sit-down restaurant," he says. "And I feel so blessed. Not everyone gets to see their dream come to pass. And this one will be even better than the last."