Considering how fundamental Cream City brick is to the city's history, culture and identity, you'd think there'd be more artists working with it. But Dan Atkinson is one artist who does focus on the building material that gave the "Cream City" its nickname.

Considering how fundamental the Cream City brick is to Milwaukee’s history, architecture, culture and identity, you’d think there’d be more artists working with it.

But Dan Atkinson is one visual artist who does focus heavily on the building material that gave the city it’s "Cream City" nickname.

He creates a variety of works using cream city brick – and in other media, too, notably prints – including relief prints mounted on bricks, sculptures carved from bricks and planters fashioned out of the material, too. 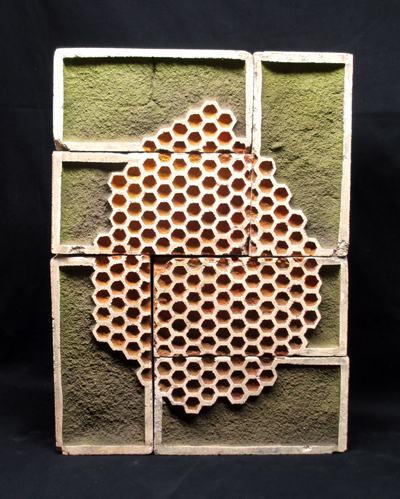 Atkinson’s work will be featured in his first solo show, which runs from Dec. 28 until Jan. 23 at Rogues Gallery, 134 E. Juneau Ave., Downtown.

"When I first moved to Milwaukee (from his native Watertown), I thought ‘The Cream City’ was a reference to beer or dairy from back in the day," Atkinson says.

"After learning the real origins of the name, it’s been exciting to learn of the prominent and historical industries that have been housed in cream city brick, including breweries, theaters, schools and homes.

"Initially I started working with cream city brick through a commissioned job in 2011. A friend knew I did art on granite headstones and he wondered if I could do something on brick. From there I began experimenting with brick carvings and brick prints."

Atkinson says that through his work he’s come to understand just how deeply ingrained cream city brick is in the local identity. 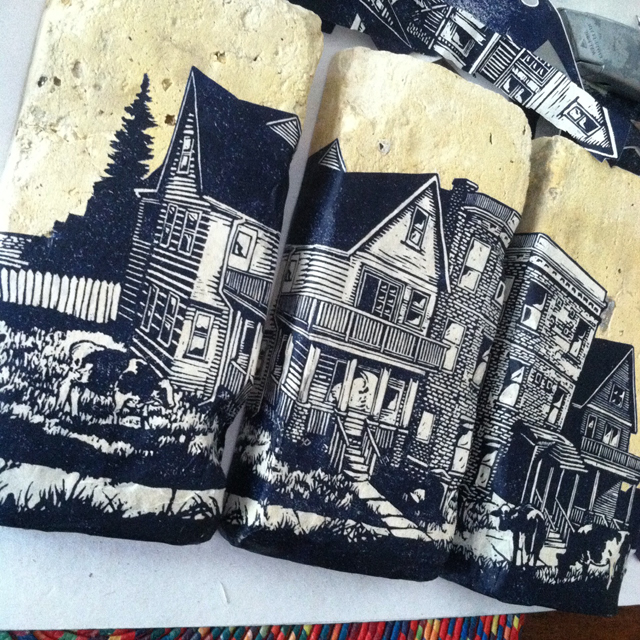 "I've noticed through art fairs that I vend at, cream city brick has a special place in people’s hearts. People are always asking me if I've seen this building or that, or that it’s a real bummer they tore that one down, or that their backyard is full of old bricks. Its great that it was literally pulled from our Milwaukee ground. The name cream city and history of those brick buildings are woven into Milwaukee's current identity."

From that initial commission nearly five years ago, Atkinson has come to more deeply appreciate the material himself. 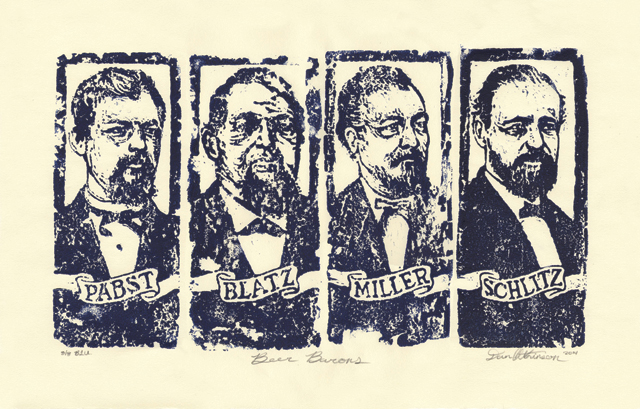 "I think I fell in love with cream city brick because it provided me with a unique artistic direction that I knew could integrate well into my current work as a printmaker," he says. "It also provided me with a connection to Milwaukee – I'm not a Milwaukee native. It helped me feel integrated into the community and a part of its history, which was something I was longing for after leaving the Army and feeling a little lost with my new role in life.

"It’s also the reason I wanted to feature the Soldier Home for my newest project."
Despite the fact that he’s not a native, Atkinson’s works are distinctly Milwaukee, from portraits of the old beer barons to the very material he works with. And, frankly, what says Brew City and Cream City better than a cream city brick altered to serve as a beer glass holder? 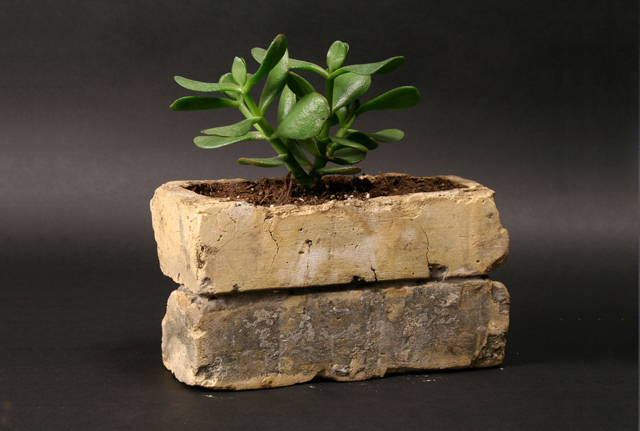 As he works more and more with the bricks, Atkinson’s passion for them and their connected to Milwaukee history has grown deeper and deeper, he says.

"I've started to become fascinated with the variations in each individual brick, each with its own wear and tear, aggregate, cracks and even fingerprints. It’s great to see fingerprints from over 100 years ago."

How a project on hoops earrings launched a national movement

Reckoning with slavery through creative writing, sci-fi and fantasy