Avett Brothers fill the Amp with superb strumming, if not spectators

It shouldn't have come as a surprise to see the Marcus Amphitheater a maybe generous 50 percent full - albeit an extremely enthusiastic and appreciative 50 percent - on Saturday night for The Avett Brothers. But while the bluegrass folk rock band had apparent problems filling the venue with fans, the band had no problem whatsoever completely filling the venue with strong, soulful music on the Fourth of July.

It was always going to be a challenge for The Avett Brothers to pack the Marcus Amphitheater.

The bluegrass folk rock band certainly has itself a following of fans, but far from enough to fill a giant arena – so putting the band into the Amp was like putting a square peg (a very talented and tuneful one, make no mistake) into an oversized round hole. If that wasn’t enough, the show – one on a holiday at that – wasn’t even announced a whole month ago, which didn’t give a whole lot of time to spread the news, build excitement, market the show, give people time to plan and sell tickets.

So no, it shouldn’t have come as a surprise to see the Marcus Amphitheater a maybe generous 50 percent full – albeit an extremely enthusiastic and appreciative 50 percent – on Saturday night. But while the bluegrass folk rock band had apparent problems filling the venue with fans, the band had no problem whatsoever completely filling the venue with strong, soulful music on the Fourth of July. 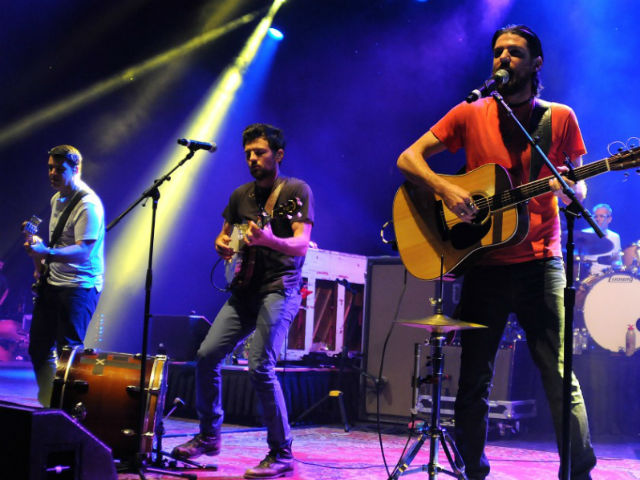 Taking a humble and spare stage, the North Carolina based group fittingly started off the show with a quick sing-along of "America The Beautiful" before charging into a plucky, hurly burly rendition of its hit "Live and Die." The usual main four band members were joined on stage by a fiddler, drum section and keyboard player, making for a full, huge and loud rocking sound fitting of the huge venue.

Save for the traditionally performed patriotic hymn, it was an energetic start for The Avett Brothers, one that didn’t really lose its oomph as the 90-minute set roared along into "Morning Song" and the rollicking chaotic fervor of "Indolence" – which came complete with an Imagine Dragons-esque bonus drum beatdown. It was then off to another thunderously performed hit in the form of "Head Full of Doubt/Road Full of Promise." Once again, if the band had trouble filling the seats, they had no trouble during the concert filling the space with sound and sending the crowd that did show swaying and rocking to their musical happy places.

After "Pretty Girl From Feltre," "Colorshow" and a new currently unreleased song, "True Sadness," The Avett Brothers brought out one of its opening acts, "The Story" singer-songwriter and clearly crowd favorite Brandi Carlile, to join them for a harmonious version of "Murder In The City" – which featured a very sweet and honest verse about brotherhood and family from the banjo-plucking Avett brother, Scott. The band kept Carlile out with it for one more tune, a solid dose of classic country bluegrass in the form of the Carter Family’s "Keep On The Sunny Side" before bursting back into the fiddle-happy "Satan Pulls The Strings."

The string section – Joe Kwon on the cello and touring member Tania Elizabeth, who later in the set got to take the lead mic and solo – kept the spotlight "Laundry Room" until the song’s satisfyingly furious final instrumental breakdown. That fervor raged on into "I Killed Sally’s Love," which sounded like an enjoyably hurly burly, country-fried ruckus on par with them Duke boys.

Near the end of the set, the two lead Avett brothers often musically handed the spotlight over to their band mates and touring compatriots, from a haunting cello bit from Kwon during "Salina" to Tania Elizabeth’s brief solo turn to the main set finale "Slight Figure Of Speech," which yielded the focus over to touring drummer Mike Marsh for a drum solo that literally put the rest of the band on the floor, strumming lightly on the ground while Marsh went all "Whiplash" for a while. 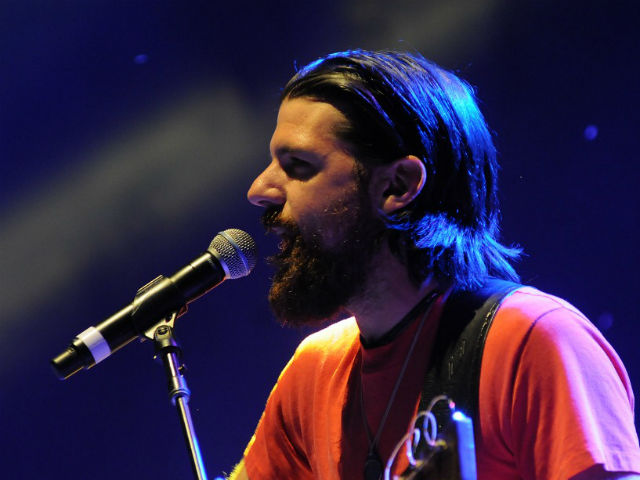 After that, The Avett Brothers nicely earned an encore, coming back out with some kazoos for "Kick Drum Heart" and "I And Love And You," with Seth Avett playing at a damaged piano that looked like it may have seen America’s first Independence Day. The notes still worked, though, and the finale was a tuneful and sweet way to wrap the set.

When it came to crowd interactions, The Avett Brothers mostly seemed to keep to themselves other than the occasional salutation and declaration of "Happy Fourth of July." One attempt at some banter before "Pretty Girl From Feltre" involving double bassist Bob Crawford’s apparent knowledge of colonial history got somewhat awkwardly shot down when Crawford seemed too shy to go along. The lack of interaction, however, didn’t make the evening feel impersonal, as the band brought across plenty of feeling and fun and personality through its music – whether through a sing-along at the end of the playful sunny Cali-vibe of "At The Beach" or simply through Seth Avett’s charming pigeon-stepping to the music.

In the end, it may have been far from a full house, but for those fans – quite vocal ones at that – in attendance, The Avett Brothers supplied a full night of folk music.

As for the openers, the first opener Warren Haynes was strong and soulful performing his one-man folk tunes. Unfortunately, if the house was small for The Avett Brothers, it was barely there for him; by the time he finished, the Amp was maybe a quarter full. But those in attendance were appreciative, giving the folk singer a very nice standing hand as he finished his brief opening set.

The crowd might as well have kept standing too for Carlile’s opening set. Judging from the reaction to her music, the audience was delighted to see her, and she in turn seemed sincerely delighted by them. Her voice seemed to have a gunky rasp on some of the low end notes of her songs, but otherwise her enthusiastic folk set – complete with vigorous contagious stomping and those country-fried bluegrass harmonies – was the perfect heartfelt start to what was a heartfelt night of satisfying folk fireworks.