Chicago and Detroit already opened ax throwing facilities, and Minneapolis will have one this winter. If all goes well for Bounce owners Becky Cooper Clancy and Ryan Clancy, Milwaukee could soon sport one, too.

In the spirit of darts and archery, axe throwing is a Canadian-invented sport that’s growing in popularity in the United States. Chicago and Detroit already opened ax throwing facilities, and Minneapolis will have one this winter. If all goes well at Thursday’s Board of Zoning Appeals’ meeting for Becky Cooper Clancy and Ryan Clancy, Milwaukee could soon sport one, too.

In 2013, the couple opened Bounce, an inflatable sports arena with laser tag, rock climbing, obstacle courses, a full bar and a restaurant, in Bay View. Now, the two want to expand the space to the north to include ax throwing alleys.

"Milwaukee is the perfect location for axe throwing with our history of outdoorsmanship and league sports like bowling and darts," says Cooper Clancy.

If approved, construction of the ax throwing lanes will commence immediately.

The concept of ax throwing is as simple as it sounds: grab a small ax, whip it down a lane and try to land it on the wooden target’s bull’s-eye. 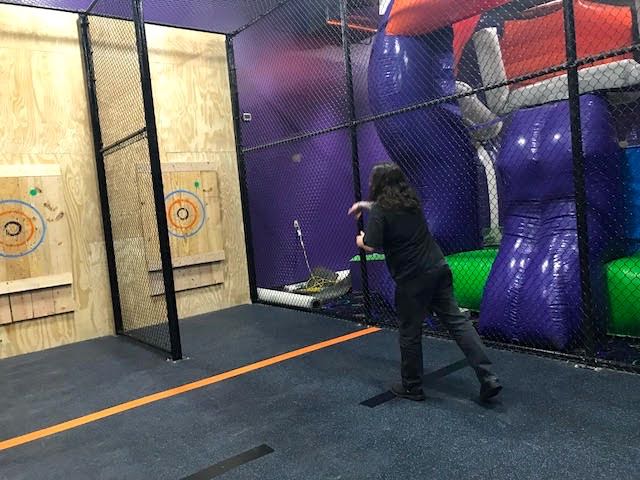 It’s also safer than it might sound, thanks in part to strict rules from the National Axe Throwing Federation. Similar to archery, participants must wait for an "all clear" before they remove their hatchets from targets. Also, anyone who is not throwing stands in a partitioned-off "safety zone" section.

"Our safe, clean record at Bounce is on our side. We’ve never had to call the ambulance or police in three and a half years," says Cooper Clancy. "Plus, we are over-protective parents and think through everything and every scenario that could go possibly wrong."

Clancy and Cooper Clancy, who live in Bay View, have five children, ranging in age from 3 to 18. The family traveled to Montreal and Chicago to train in the new sport.

"We aren’t sure yet what the minimum age limit will be if this is approved," says Cooper Clancy. "The axes are tools, not weapons, and not extremely sharp. There’s a ‘sweet spot’ with how sharp the blade can be. If it’s too sharp, it doesn’t work as well. It’s not like you’re gonna try to shave with it."

In other cities, the sport has been popular with bachelor parties, corporate events, birthday parties and family outings.

"It’s really fun. Ax throwing has a very manly bearded guy stereotype, but as a petite woman, I find burrowing an ax in wood very fulfilling. To throw an ax and watch it land well is very rewarding," says Cooper Clancy. "It’s a pretty hardcore sport anyone can do." 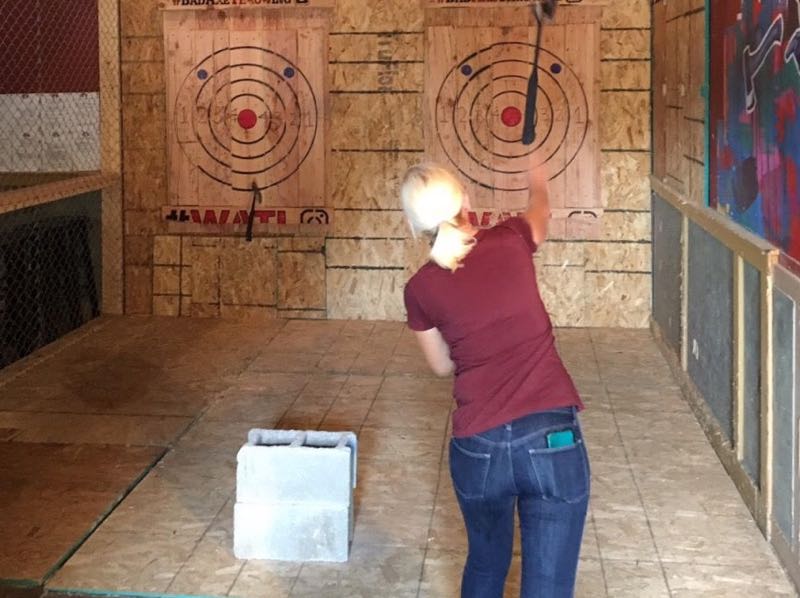