In March, we brought you the news that the cheel be rolling out a beer garden and community gathering place in the lot just behind the restaurant. Today we have a few more details to share.

In March, we brought you the news that the cheel, 105 S. Main St. in Thiensville, would be rolling out a beer garden and community gathering place in the lot just behind the restaurant.

Today we’ve learned that The Baaree, a Nepalese word which means "garden," will officially open to the public on Friday, June 29.

The new outdoor space, which is currently under construction, has been designed to offer guests a unique, outdoor atmosphere in which they can relax and unwind. Upon completion, it will incorporate a variety of textures and design elements that conjure the spirit of elements including earth, air, fire and wood.  You can get a peek at some of the progress in this collection of photographs. 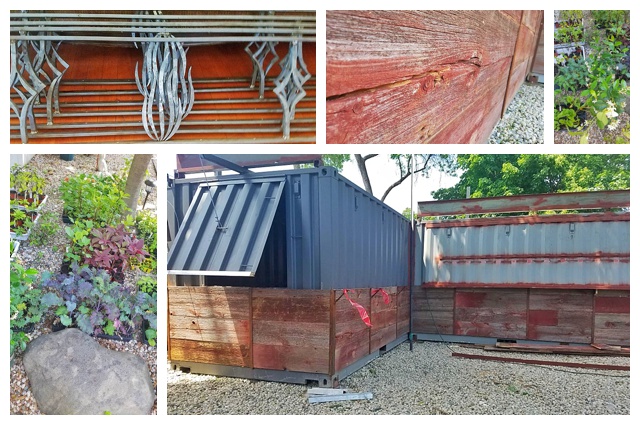 In keeping with the overall theme, co-owner, chef and restaurateur Barkha Limbu Daily and Chef Gunner Stenzel have been busy at work designing a menu that’s both in keeping with the flavor profiles for which the cheel is known and perfect for the sort of upscale beer garden atmosphere they’re aiming to create.

Items will also incorporate a variety of plants being grow in the garden, including red roselle (hibiscus), lemongrass, plums, holy basil, peppers and a variety of herbs and vegetables.

Menu items will include items like housemade wild boar sausage; pulled pork with red roselle steamed and toasted tingmo bun; The Baaree salad with lemongrass and a persimmon vinaigrette; and butternut squash dip.

Meanwhile, the cheel’s operations and bar manager Drew Kassner has designed a beverage menu that incorporates both favorite and new items, as well as some which highlight the fruits that are planted in the garden.

Kassner has also collaborated with former MillerCoors vice president of brewing, research, innovation and quality, Dr. David S. Ryder, to choose the selection of beers featured. Ryder recently retired from MillerCoors and is now principal of the United States Brewers’ Academy, a school for beer and brewing that has been around since 1882.

The beer list will contain between 14-16 selections of regional, national and international beers, all of which will be available on draft.

Once open, The Baaree’s hours will be Tuesday through Sunday from 11 a.m. to 10 pm with express lunch options available for pick-up.

Read more about the plans for The Baaree here.