It doesn't get much more old-school than Baked Alaska. And, to the best of our knowledge, very few places in Milwaukee still serve it. One place that does, however, is the very retro supper club that is The Packing House.

It doesn’t get much more old-school than Baked Alaska. The complicated-to-make dessert was first invented in 1867, so the legend goes, in New Orleans to celebrate America’s purchase of Alaska.

And, to the best of our knowledge, very few places in Milwaukee still serve it. One place that does, however, is the very retro supper club that is The Packing House, 900 E. Layton Ave.

If you’ve never had this dessert, it consists of ice cream atop a cake or crust, covered in meringue, then flambeed or baked very quickly in an oven. Somehow, the inside stays cold, while the outside is warm. It’s a pretty delicate dessert to prepare.

According to The Packing House Executive Chef Marie Schroeder, there’s not a lot of room for error. "If it's not totally encased, the heat gets through and then it melts the ice cream all over everything," she says.

Originally, the restaurant flambeed the desert right at the table, but apparently, the health department isn’t crazy about open flames getting that close to the diners. Now, she prepares the Key Lime ice cream (from Purple Door), the gluten-free almond flour graham cracker cookie and the homemade meringue in advance – and torches the little mounds individually right before they leave the kitchen.

"The meringue insulates it pretty good," says Schroeder. "It can sit for a few minutes, but I wouldn't push it. 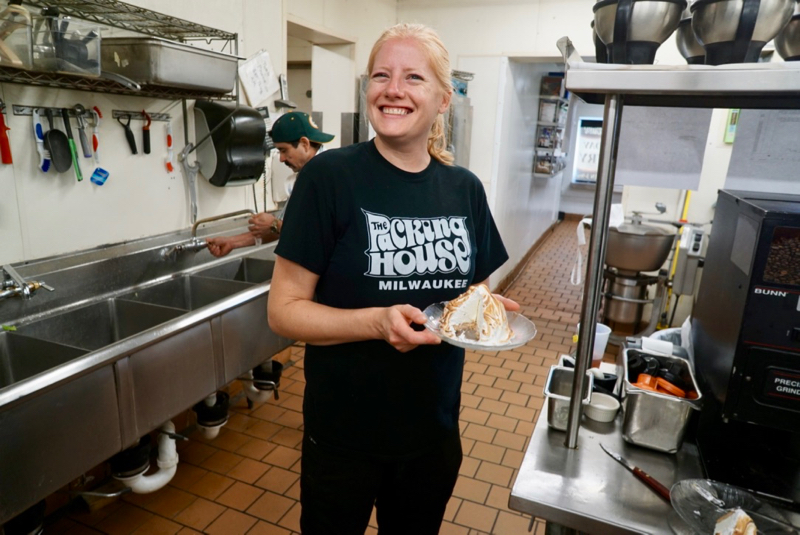 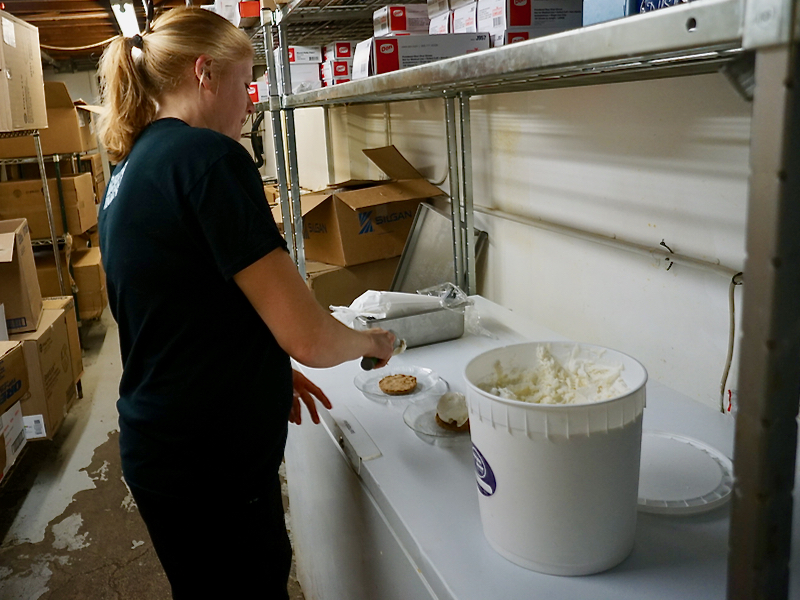 At The Packing House, the $8 dessert started out as a seasonal dish.

"The previous chef did monthly specials," says Schroeder. "We wanted something summery at the time. We didn't want to bring the Key Lime pie back (year round), so we wanted to kind of make a different version of it."

Now, the Baked Alaska is the most popular dessert on the menu, and the one that Schroeder personally recommends. She says the restaurant sells one to two dozen each week.

And I can vouch for it – The Packing House version is delicious. Years ago, I had a Baked Alaska with raspberry sherbet, but the Key Lime version tastes pretty close to perfect. It’s an classic dessert fitting of a classic Milwaukee restaurant. Inexpensive but also grandiose, The Packing House’s iconic dessert is a fun and old-school way to wrap up a genuine supper club experience. 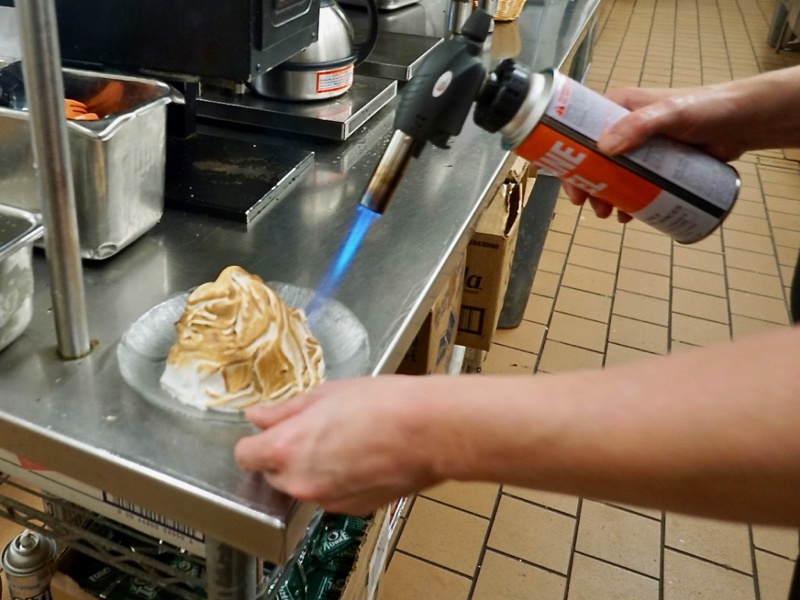