A year and a half after news emerged that the Milwaukee Ballet would build a new dance center on Italian Community Center-owned land in the Third Ward, the arts group is breaking ground on the project.

A year and a half after news emerged that the Milwaukee Ballet would build a new dance center on Italian Community Center-owned land in the Third Ward, the arts group is breaking ground on the project.

HGA Architects has designed the Milwaukee Ballet Center for Dance, which will be the group’s new home, with space for its classes, rehearsals and production.

The groundbreaking is set for Tuesday, June 5 at 3 p.m. at the site, 132 N. Jackson St. It will be attended by Ballet Artistic Director Michael Pink, Executive Director Julia Glawe and Chair & President Justin Mortara, along with Milwaukee County Executive Chris Abele, and philanthropists Donna and Donald Baumgartner, who will, according to a Ballet statement, make "a special announcement" at the event. 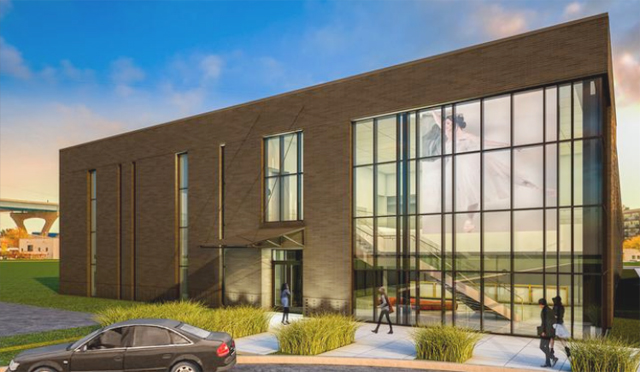 HGA principal Jim Shields will also be on hand.

According to the Ballet’s press release, the 52,000-square foot building is "designed to be an enduring home for the Ballet that truly reflects the company’s significance and impact on the community."

The project was green-lighted by the Historic Third Ward’s architectural review board last summer, and, in October, got a boost in the form of a $250,000 grant from the United Performing Arts Fund.

The Ballet is currently headquartered at 504 W. National Ave. in Walker’s Point, where its dance academy also holds its classes. Its major performances are held at the Marcus Center for the Performing Arts.

The land upon which it will be built is the former coachyards site that has, for many years, served as parking for the Italian Community Center. Members of the center voted in December 2016 to sell the site for $2.4 million.

Ballet returns to live performance with "To The Pointe" on Feb. 25