A peek inside the Ballet's new Baumgartner Center for Dance

In June, Milwaukee Ballet broke ground on a new 52,000-square foot home in the Third Ward, on land it purchased from the nearby Italian Community Center in 2016. We recently went inside for a sneak peek.

In June, Milwaukee Ballet broke ground on a new 52,000-square foot home in the Third Ward, on land it purchased from the nearby Italian Community Center in 2016.

Designed by Jim Shields of HGA Architects, whose own office is just up the street, the Baumgartner Center for Dance will greatly expand and improve the space for the Ballet’s offices, costume shop, school and rehearsal spaces over what it currently has at its home at 504 W. National Ave.

According to General Manager Anne Metcalfe, the new building will have seven studios, up from the current four, and space for a boutique and ticket office in a two-story lobby with a grand staircase up to an elevated viewing platform and the Ballet’s offices. 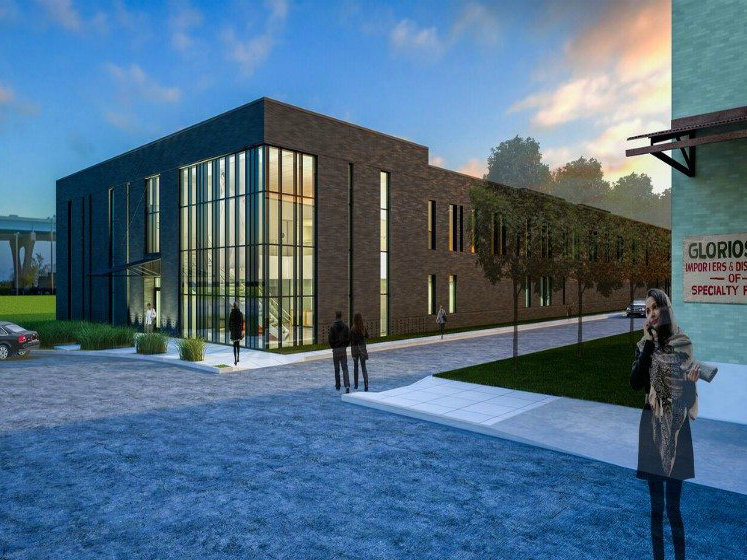 The building will also have areas for its costume shops as well as lounge areas for the company’s school students and their parents.

Because of the soil structure at the site – and the fact that the remains of a railroad roundhouse were discovered below ground, according to Metcalfe – the building has no basement and so the first level of the building also houses the HVAC and other mechanicals.

After the Ballet has moved to the Baumgartner Center in September, it plans to sell its Walker’s Point building, which was built in 1901 as a Schlitz palm garden.

"(Artistic Director) Michael Pink has a very strong vision, and he has been in that building all his tenure," says Metcalfe. "So I think this (one) encompasses every great thing that he would want."

Metcalfe offered me a peek inside the building, which doesn’t yet have much inside, as you can see from the photos below. If you told me right now that it would be a warehouse when complete, I’d believe it. But that’s changing rapidly.

Soon the interior walls will go in and the large studios will begin to be outfitted with audio and lighting equipment. The suspended floors will follow.

Builders prefer to complete most of the other tasks before installing the floors, so they’re not damaged. Also, the building must settle into its normal humidity range before the hardwood floors are installed so that dramatic changes don’t cause damage.

Outside you can start to see some of the simple building’s elegant features, including tall, slender windows that conjure the lithe form of the dancers whose rehearsals will be illuminated by this fenestration.

There is also the black brick with dark mortar – that will be polished once construction is complete – that will sheath the structure, giving it a unique look.

"Jim Shields is very much about creating an aesthetic which suits the Historic Third Ward very much," says Metcalfe. "The black bricks and black mortar is part of that aesthetic."

The siting of the Baumgartner Center also creates some opportunities that are lacking at 5th and National, says Metcalfe.

"One of the challenges with 504 with National is we don’t have any ADA accessibility, so we’re going to have a lift. We are going to have classes for children in wheelchairs and so kids who have physical disabilities will be able to enter through here; it'll be nice to have all-access. Also, parking (here) isn’t going to be an issue."

The new building will not offer performance space for the Ballet, which will continue to stage its shows at the Marcus Center for the Performing Arts.

"This gives us room to grow, it gives us the benefits like ADA accessibility and we will create more of a sense of gathering," says Metcalfe. "Kind of a hub for dance, if you like."

Here are some photos from my recent visit: 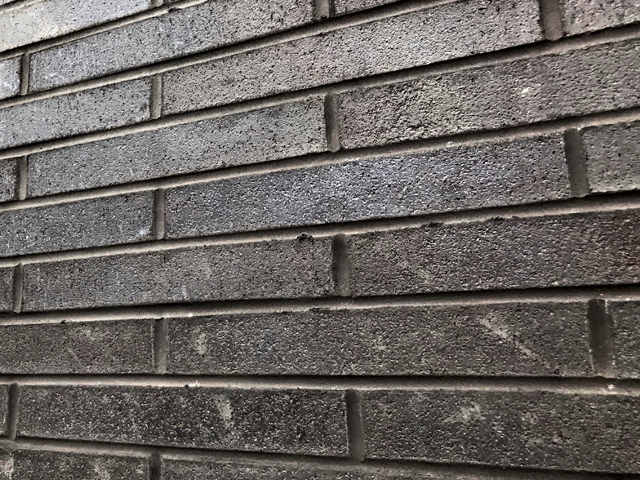 It's pretty wide-open inside right now 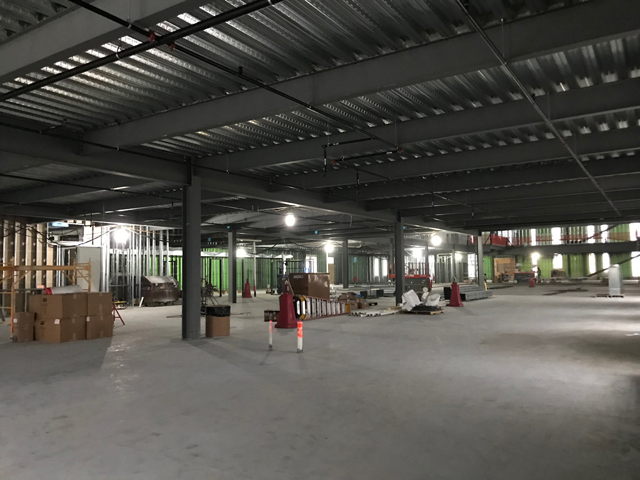 The lobby will have a great skyline view 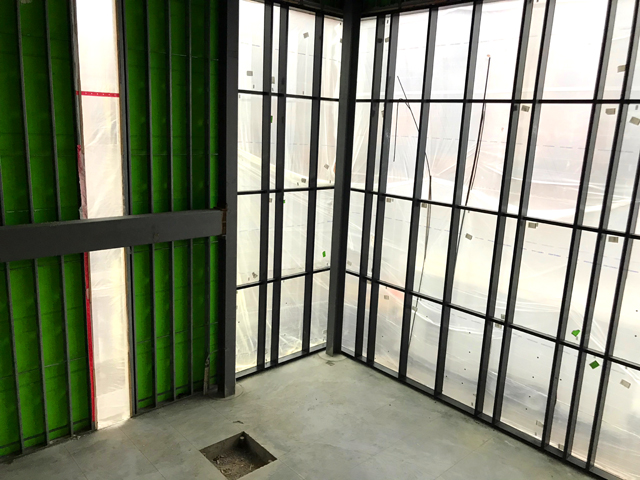 There will also be a grand staircase here 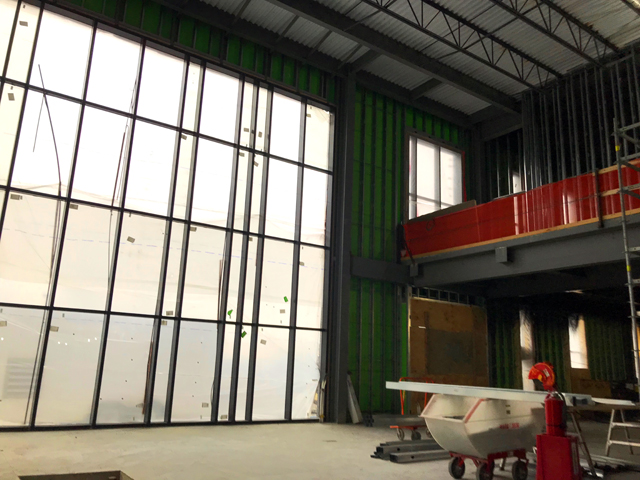 A view down into one of the studios, with a viewing platform above 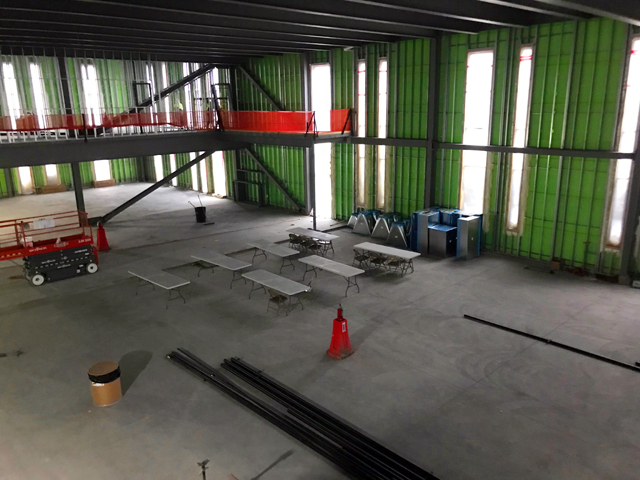 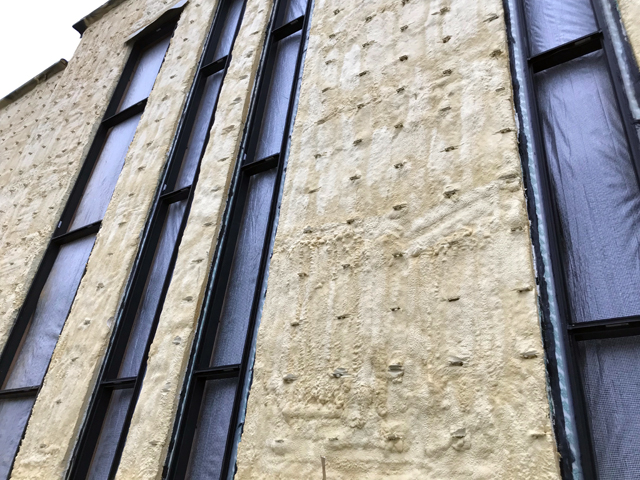