Why is there a bar in Tokyo called Bar Milwaukee?

In the midst of the party-hardy district of Roppongi in Tokyo, Japan, there's a basement tavern called Bar Milwaukee. Recently, two Milwaukeeans traveled there and shared their experiences.

About six years ago, Biju Zimmerman – who was on tour with musician Eric Benet – was walking around the Roppongi district in Tokyo on his day off.

"Roppongi is the up-all-night, party neighborhood," says Zimmerman. "It’s a danger spot, but a fun spot."

While aimlessly meandering, taking in the lights and sounds and whirlwind of action, Zimmerman stopped in his tracks when he saw a large, red neon sign reading "Bar Milwaukee."

"Of course I knew, immediately, I had to check it out," says Zimmerman. 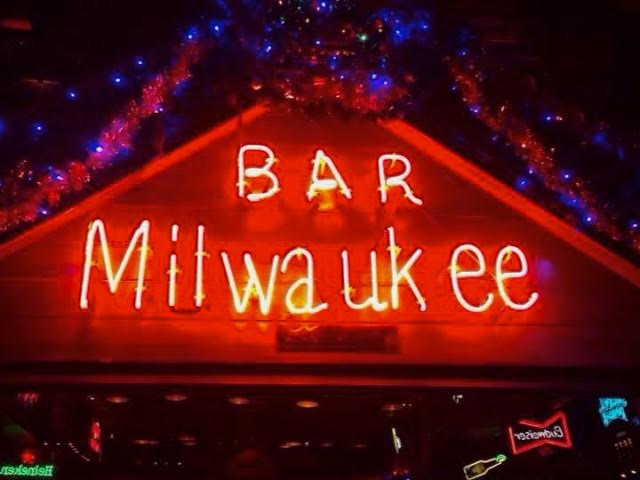 Tokyo's Bar Milwaukee is in the basement of a building. With a flood of red light and pool tables, the place has a casual bar feel, different from the lively, large night clubs that are common in the Roppongi district.

"It reminded me of Sabbatic as a basement bar," says Zimmerman, who also bartends and DJs at Sabbatic, 700 S. 2nd St.

Other than the tavern-y vibe, Zimmerman couldn’t find any other signs of Milwaukee in the bar, except one empty Miller Genuine Draft beer can stashed in a corner. He attempted to order a Milwaukee beer, but there weren’t any available – although there was plenty of Bud and Zima. He also showed the bartender his ID and pointed to "Milwaukee" to show him he was from the city that the bar was named after.

"The bartender really wasn’t very interested. He was more like, ‘That’s nice, what do you want to drink?’" says Zimmerman. 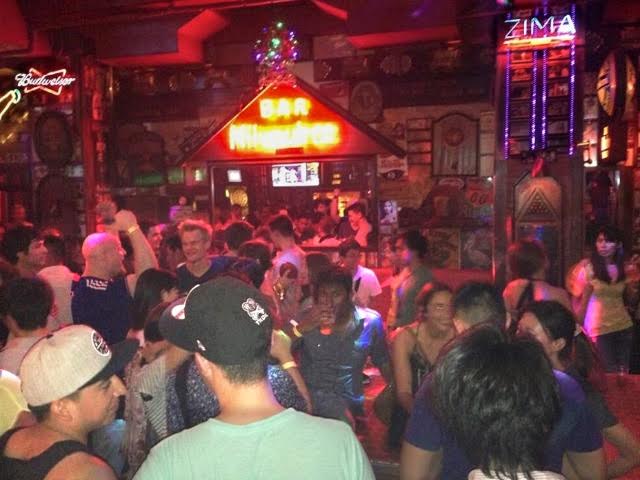 During his first visit to Bar Milwaukee, Zimmerman was surprised by a group of people charcoal grilling chicken in the basement bar, which made the space really smokey. However, despite the strange and cough-inducing first visit – because of the name and the overall laid back vibe – Zimmerman makes a point of visiting Bar Milwaukee every time he is in Tokyo and has been there about five times.

"I like to go there to shoot pool, drink some beers," says Zimmerman. "I was hoping for more ‘Milwaukee,’ but it’s still a fun, cool spot."

According to Zimmerman’s friend, who lives in Tokyo, the owner of Bar Milwaukee lived in Milwaukee for a brief period of time, but moved back to Tokyo and named his bar after Brew City. 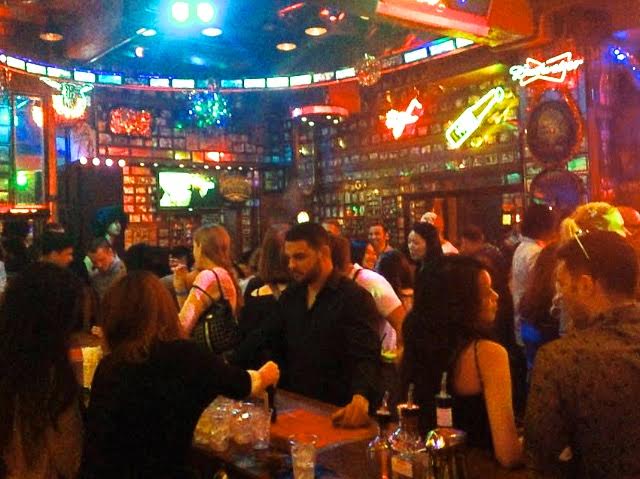 In order to find out the full story as to why exactly there’s a bar in Tokyo named Bar Milwaukee, OnMilwaukee hired Scott Kallous, an American living in Tokyo, to translate a few questions to send via Facebook to the owner.

Although the message was opened by someone – which we know because of the checkmark next to the message – after 10 days, there was no response and so, for now, Bar Milwaukee in Tokyo remains somewhat mysterious. 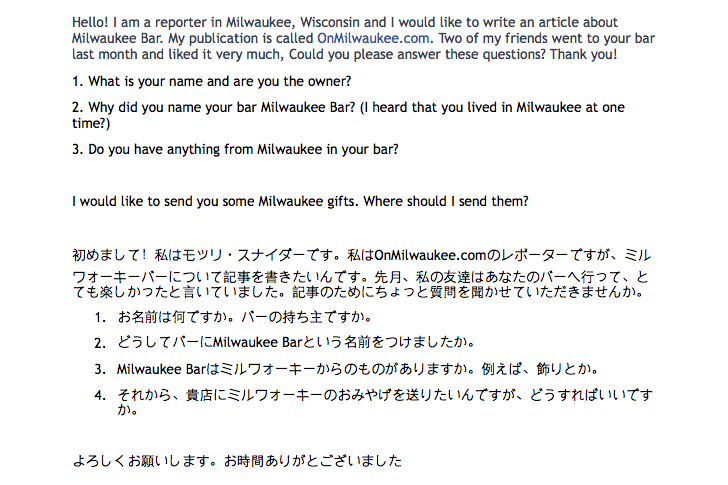 However, as of last month, there is a little more Milwaukee in Bar Milwaukee. Brittani Weston, who lives in Bay View, recently traveled to Tokyo as a graduation present to herself and stopped in at Bar Milwaukee.

"The only thing from Milwaukee in the bar was me," says Weston. 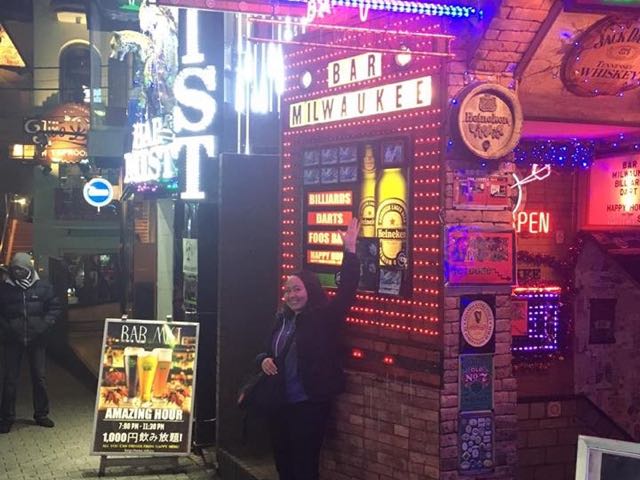 However, before leaving, Weston left a bumper sticker in the bathroom that reads "I got PK’d at the Tonic Tavern," referencing the pouring powers of Tonic bartender / manager extraordinaire, Paul Kennedy.

"It's a great honor to have my initials represent not only me, but all my fellow hard working and dedicated sisters and brothers in the service industry from our fair city," says Kennedy. "Having a national treasure like Brittani act as an ambassador by presenting it to the people of Japan makes the moment so much sweeter. I can only hope that this is the first step in normalizing Japanese-American relations." 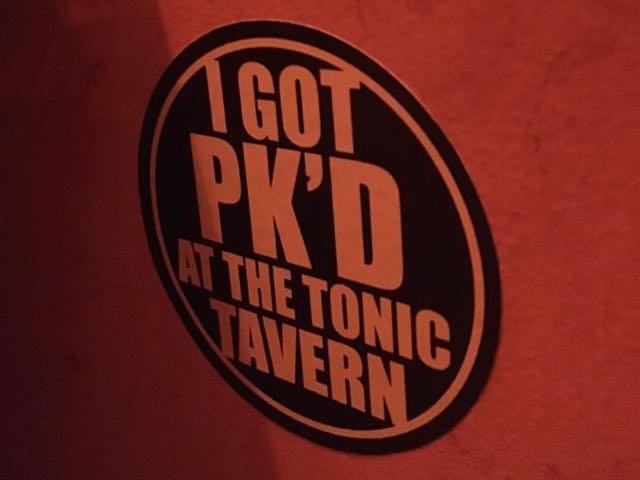 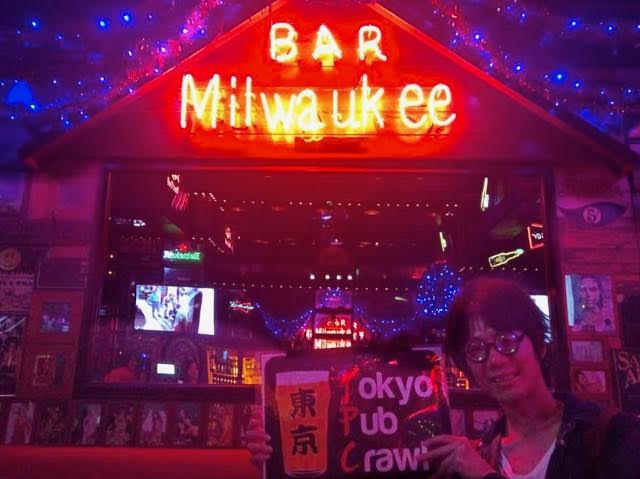